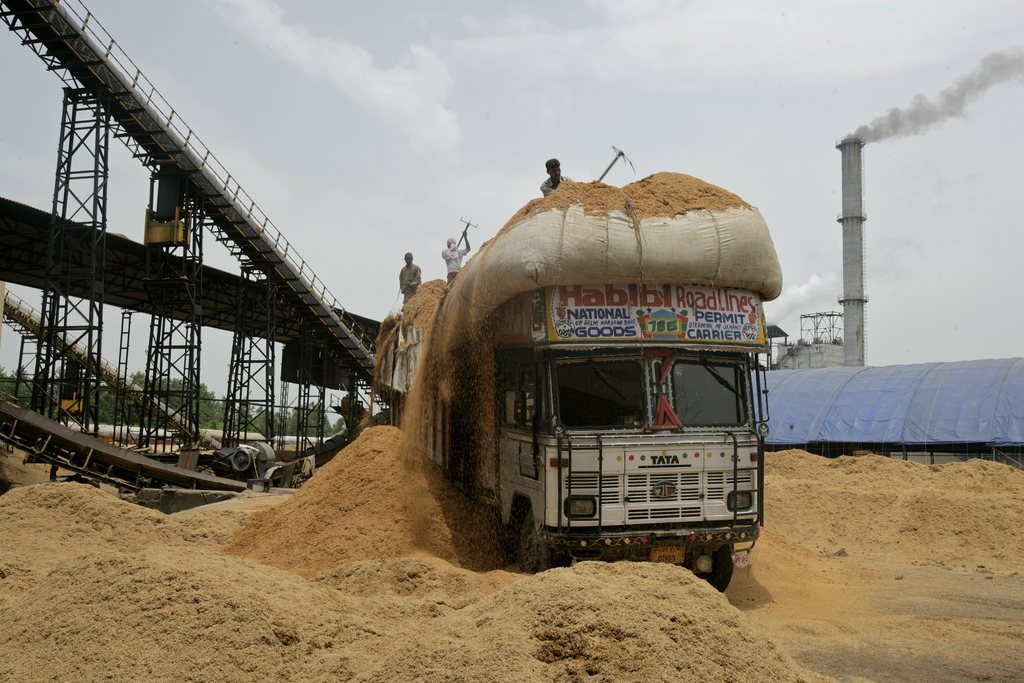 Former prime minister Manmohan Singh once remarked in an interview that “we are a democracy but we are also an indisciplined democracy.” I think he was referring to our bad habit of not putting our house in order till things don’t get completely out of hand.

This propensity is shown by our institutions as well – and the best example of this is the recent report of the Comptroller and Auditor General of India (CAG) on procurement and milling of paddy for the central pool. The report has highlighted various deficiencies in the policy of procurement and milling of paddy and has projected losses to the public exchequer running into thousands of crores of rupees.

The Central government procures paddy and other grains under its food management policy, whose objective is to cater to the need of public consumption of food grains in the country. Since most Indians still live in poverty, providing them food at subsidised rates then becomes a duty of the government. It should be stressed here that the government is fulfilling its duty by providing Indians grains at subsidised rates through its massive public distribution system. However, the way in which the government is fulfilling its duty has come under the scanner of the CAG, which has highlighted many deficiencies in the  policy of paddy procurement and implementation.

Paddy procurement: how it works

Under the government’s existing procurement policy, paddy for the central pool is procured by various agencies such as Food Corporation of India (FCI), state government agencies (SGAs) and private rice millers.

However, there are two ways in which milling of the paddy is done. The first method is custom milling, in which the FCI, SGAs and other co-operative societies procure paddy directly from the mandis and then send it for further processing to rice mills. The second method is ‘levy rice.’ Under this method, private rice mills procure paddy directly from the farmers and then after processing it, send a minimum amount of rice to the government as provided under the Essential Commodities Act, 1955.

When the FCI procures rice from rice millers in the form of a levy, the latter deliver the rice to SGAs after processing the paddy, and the SGAs in turn hand the rice over to the FCI. During this whole process, the procurement/distribution expenditure is incurred by SGAs, and FCI reimburses them based on the cost sheets issued by the ministry before each rabbi/kharif marketing season (R/KMS).

There are several items of expenditure on procurement/distribution which are called ‘procurement incidentals’. It is observed by the CAG in its report that an extra burden of Rs 3594.93 crore was incurred by the government during 2009-10 to 2013-14, because of the administrative irregularities and policy lacunae in the mechanism of disbursement of procurement incidentals.

In citing one instance of irregularity in its report, the CAG has noted that though mandi labour is engaged only for operations at the mandi and not for operations at storage point or onwards, most of the time all operations performed by labour up to the point of delivery to FCI/distribution point are listed under the head ‘mandi labour’ – and this gives undue advantage to the rice millers. In Odisha, Bihar and Andhra Pradesh, for example, before reimbursing the private millers, the FCI did not make any inquiry into whether paddy was procured at the mandi or farm gate, which resulted in undue benefits to millers to an extent of Rs. 194.23 crore in these states during 2009-10 to 2013-14. In one more instance, the CAG has observed that in Uttar Pradesh and Punjab, while paying Rs 144.44 crore as custody and maintenance charges to private rice millers, the FCI did not make any inquiries into whether these charges were actually incurred by the SGAs or not.

It is a well known fact that if the work of, for example, five persons is done by one person, the overall efficiency is bound to decrease. This is the main reason cited by the CAG in its report for the inefficient functioning of mandis across India. The CAG observed that in 16 districts of Punjab only 1,336 officials were deputed for 2,390 mandis during the KMS 2009-10 to 2013-14 which was less than even one person per mandi.

This inefficiency caused by a lack of staff and mandi officials has severely impacted the quality of rice procured by the FCI. The CAG has observed that the FCI in Haryana and Punjab has no mechanism to test the quality of rice procured from these regions as per the standards laid down by the the Food Safety and Standards Act (FSSA) – which provides that uric acid (not more than 100 mg per kg) and Aflatoxin (not more than 30 mg per kg) must be within prescribed limits. Given that the majority of the consumers of subsidised grains are poor, giving them rice of low quality under the public distribution system is nothing but adding insult to their injury.

Coming to the policy front, one of the major policy flaws highlighted by the CAG in its report is the non-revision of the rates of by-products generated during the conversion process of paddy by the government.

By-products like broken rice and husk that are generated during the conversion process have a realisable market value, and are retained by the rice millers as per the policy of the Central government. In return, the Central government recovers the market value of by-products at rates fixed in 2005 on the basis of a report submitted by the Tariff Commission (TC), Department of Industrial Policy and Promotion, Ministry of Commerce and Industry, Government of India.

It is intriguing, however, that these rates have neither been revised thereafter, nor is there any provision for yearly increase in the by-product recovery rates. The CAG report, based on the data available from Andhra Pradesh, Telangana, Uttar Pradesh and Chhattisgarh, has pegged the loss to the Government because of non-revision at Rs 3,743 crore. What is more, since the data from other states has not been taken into account, this figure may actually go up.

Further, the report also highlights the abuse of rules and procedures by katcha arthias (intermediaries in the process of grain procurement). It observes that, while paying farmers, these intermediaries do not take into account the authenticity of the farmers’ land holdings, possible doubtful identities of farmers, the delivery of paddy in excess of the land holdings, and other issues.

Citing the example of Haryana and Punjab, the CAG has observed that under Punjab Agricultural Produce Market (General) Rules, 1962, the katcha arthia shall make payment to the seller through account payee cheque or by electronic transfer after the weighment is over. However, in Punjab and Haryana, during KMS 2011-12 to 2013-14, FCI had purchased 2.32 LMT paddy valuing Rs. 296.64 crore, but had not obtained the details of farmers, such as the name of the village, bank account number, phone number, details of purchase and details of payment along with acknowledgment of farmers from the katcha arthia. This oversight is in direct violation of the instructions of the government of India. It also casts doubt on whether the actual MSP was given to the farmers or not, for we often encounter cases where katcha arthias buy paddy from farmers at a rate lower than MSP and charge the government at MSP.

At the end of the report, however, the CAG has given some suggestions, and most of them have even been accepted by the government.

The government may have good intentions in accepting the recommendations. Yet the deficiencies in the policy of paddy procurement and implementation highlighted by the CAG in its report still raise some important questions:

Who should be held accountable for the losses incurred by the Central government because of flaws in the policy of paddy procurement and implementation? Is it not the case that the government is guilty of breaching the trust of the public by not putting in place proper policies and better implementation mechanisms?

Is it not that the non-revision of the prices of the by-products generated during the processing of paddy forces us to draw the conclusion that the government has colluded with private rice millers to defraud farmers and poor?

Finally, even if some recommendations of the CAG are accepted, what is the guarantee that the government will implement them in a timely manner?

The government owes the public the answers to these questions.