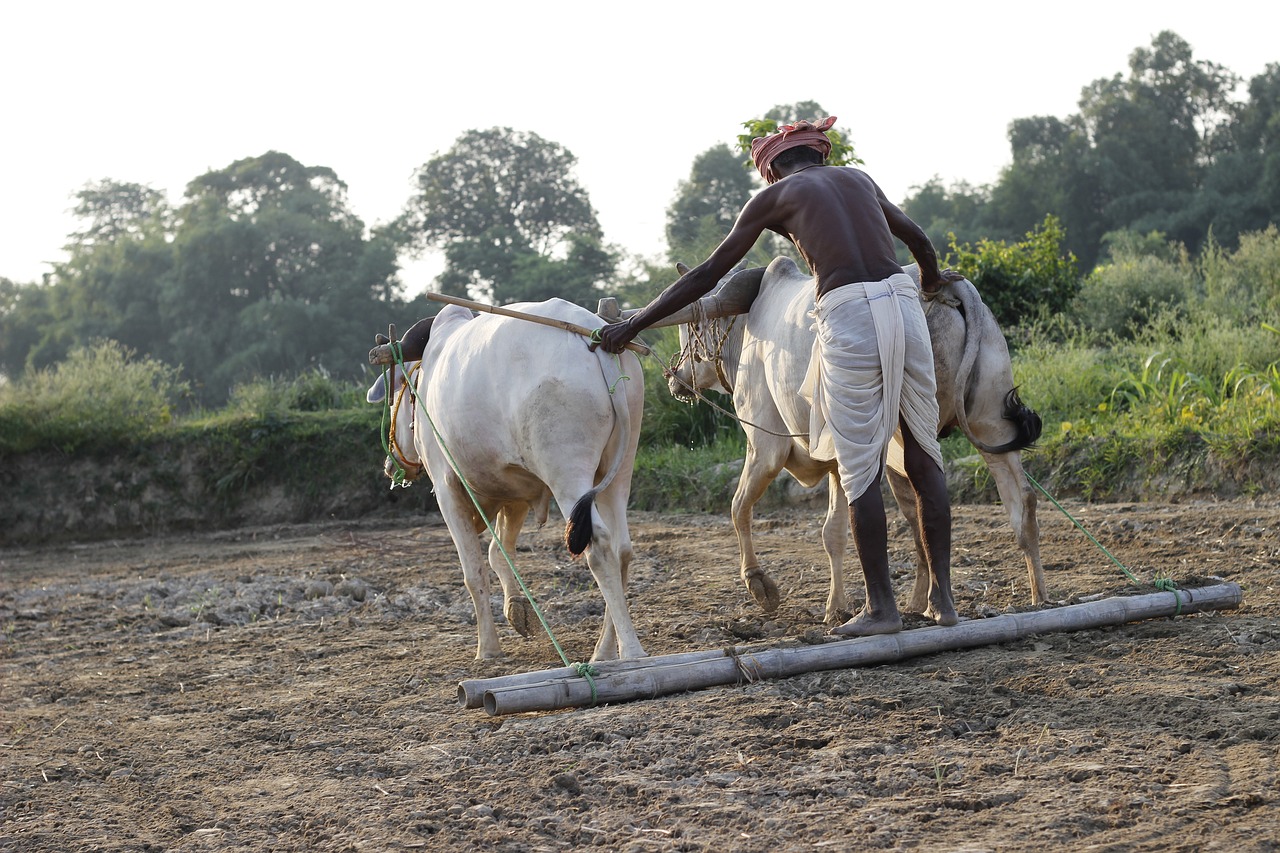 Many farmers are just a step away from ruin. Credit: iarunk/pixabay

Farmer suicides and agrarian distress have likely never been among the national public debates as they are right now.

A group of Tamil Nadu farmers, whose protests in New Delhi were dubbed ‘bizarre’ but who were actually desperate for debate and action, managed to get find mention in the media as well as in the Parliament. In Odisha, a state Assembly house panel is visiting villages to inquire into farmer suicide cases. The Madras high court didn’t hesitate to direct the Tamil Nadu government to waive off cooperatives’ loans of all farmers in the state; agriculture insurance companies have received notices from a few high courts on the lack of payments to farmers even for seasons when huge losses were incurred.

The Supreme Court has two PILs running, one being a case specific to Tamil Nadu and another being heard by the Chief Justice’s bench. In the latter case, the court designated all state governments, union territories and the Reserve Bank of India as respondent parties. The bench pointed out that it wouldn’t suffice to compensate farmers’ families after they have taken their lives and that the government should have a roadmap to prevent farmer suicides as such. In its hearing on March 3, 2017, the bench acknowledged the problem of indebtedness and said that it was surprised how no action had been taken to address the causes of suicides.

Data (PDF) from just four states (Madhya Pradesh, Maharashtra, Karnataka and Telangana) suggests that 6,667 farmers killed themselves in 2016, already around 53% of all farm suicides in 2015. The official numbers from the National Crime Records Bureau are awaited. What is important is that states often deny the very occurrence of farmer suicides due to agrarian distress. If they don’t acknowledge the ongoing problem, how are they likely to tackle it?

In its affidavit filed with the Supreme Court in response to the court’s notice, the Union of India cites findings from a new study commissioned by the Ministry of Agriculture. It clearly shows – yet again – that crop failure, indebtedness and unremunerative market prices are major causes. It also pointed out that institutional sources of credit put enormous pressure on farmers for repayment, even though there are clear directives that require loan rescheduling and repayment moratorium for at least one year.

What the study did not bring up, but which other evidence from the ground has shown, is that most farmer suicides in certain suicide-prone states are those of tenant farmers, who have no identity in the eyes of the agricultural machinery at this point of time and can’t access any support or schemes.

The Centre puts the onus on state governments, citing that the Seventh Schedule of the Constitution requires that the actual implementation of the proposals, being finalised by the Centre, is at the level of individual state governments. However, it is clear that the Centre controls the directions and the decisions related to crucial policies that actually contribute to suicides.

In 2017, when most of south India has been reeling under a severe drought with an unprecedented scarcity of water, it is not out of place to talk about crop insurance first. Ironically, the government also begins its affidavit by mentioning the Pradhan Mantri Fasal Bima Yojana (PMFBY) in its exaggerated fashion. It goes to the extent of claiming that the PMFBY addresses all shortcomings prevalent in the earlier schemes.

However, in 2015 (and before PMFBY), the insurance coverage was 22.3% of our farmers with a government expenditure of just Rs 2,955 crore, while by spending Rs 13,240 crore on the PMFBY, the government admits to a coverage of only 23%! In terms of real benefits, only Rs 714 crore has been disbursed against insurance claims whereas the total claim is Rs 4,270.55 crore.

Insurance companies are laughing all the way to the banks while farmers are crying all the way to their graves. Last year’s 32% growth in the non-life insurance sector was driven mainly by crop insurance. With inadequate sums assured, meagre coverage and delayed payments, it is not clear why the government is proud of its PMFBY or even the general crop-insurance record. Meanwhile, even though premiums are cut from loanee farmers on time and compulsorily, insurance companies are not paying up for crop losses for no fault of hapless farmers thanks to delays at the governments’ end.

The other part to crop failure is the so-called ‘input subsidy’, a disaster compensation that the Centre has fixed at a meagre Rs 2,750 per rain-fed acre in the country. This is a cruel joke on our anna daatas in this age of climate change. And even this money has not been paid to drought-hit farmers for 2014, not to mention since.

Institutional agriculture credit should be able to address the issue of exploitative indebtedness, where farmers are forced to borrow from local moneylenders or even MFIs (which are equally usurious). It is an open secret that most agriculture credit, subsidised by taxpayers in the form of large interest subventions, is garnered by agri-business interests in the garb of farmers. The RBI is refusing to restore a distinction between direct and indirect lending and to insist that direct lending itself should be more than 13.5% at least, and within that, 8% to small and marginal holders of the country. This – even though all official data indicates that the indebtedness as well as the debt burden of farmers is on the rise.

It is on the price policies front that the Centre has been the most callous about farmers. For example, it has the gumption to declare minimum support prices (MSPs) that are below the cost of cultivation estimates from its own sources. Then, it doesn’t recognise that when farmers market their produce, it usually fetches a price lower than the MSP. If farmers don’t get back their investment, to be reinvested in the next season, what can be said of the households they have to run, with similar aspirations as other Indians? If farmers are kept impoverished so, how will the government’s growth dreams be fulfilled?

It is hoped that the Supreme Court, apart from ordering an immediate relief to distraught farmers, will get down to the real reasons for farmer suicides and address them with concrete directions to the RBI and other banks, the Centre and the state governments. What the Indian farmer needs to be able to hope and to know that the establishment and the nation cares is an adequate income together with an assurance of it. Until this is achieved, there is no hope of preventing the suicides of those feeding us.

Kavitha Kuruganti is convenor of the ASHA-Kisan Swaraj network, an all-India advocacy platform to protect farmers’ rights and interests.