Sheep and Goat Farmers Left Without Fodder in Drought-Hit Marathwada

As groundwater levels deplete and water bodies dry up, there are no grazing areas left for sheep and goats even as the government looks the other way. 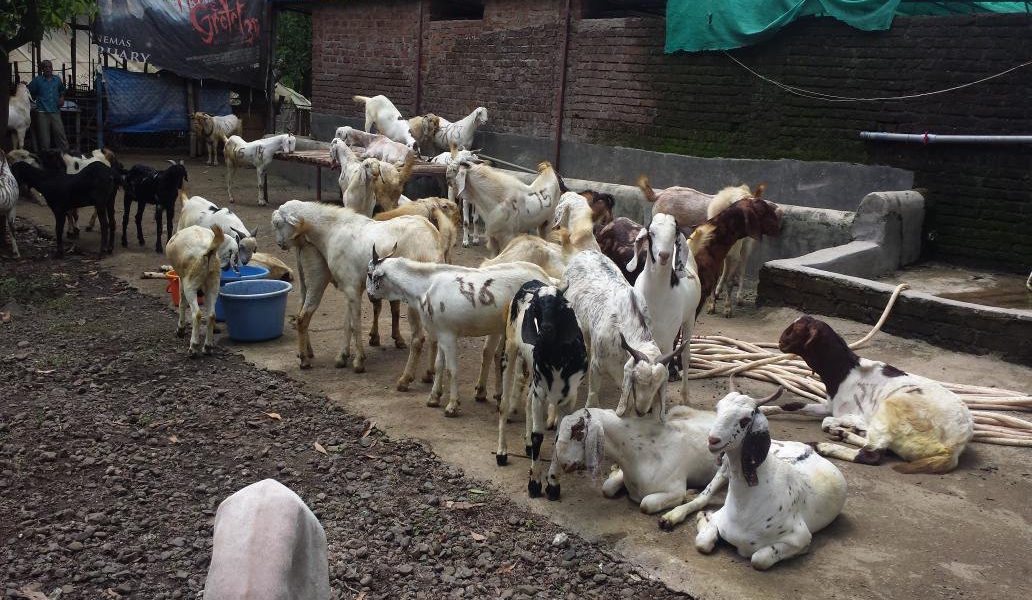 Pune: The Marathwada region of Maharashtra is currently facing a drought due to a poor monsoon and decreased groundwater levels.

Accessing drinking water has become a challenge. As farmers are unable to supply their cattle with water and fodder, the state government has opened fodder camps in the region. However, only larger cattle like buffalos, cows and bulls can be taken to the camps – to the exclusion of small animals like sheep and goats.

As per the state’s department of animal husbandry, dairying, fisheries, the Marathwada region has 19 lakh sheep and goats. Each sheep or goat requires 3 kg of fodder that includes leaves, grass and green fodder, as well as 5-7 litres of water per day.

Also read: As Drought Looms, Villages in Satara Are Migrating to a Cattle Camp

Ganesh Deshpande, deputy director of fodder development at the animal husbandry department, says, “The department is mulling over options for providing fodder to farmers with small cattle… Nothing has been finalised yet.”

Manisha Tokle, a social activist from Beed, says, “Marginal farmers with less than five acres of land… Generally tend to sheep and goats. Poor farmers can afford to buy sheep or goats, which cost a maximum of Rs 15,000 per animal – unlike cows or buffalos, which can cost over Rs 50,000. They don’t require additional care or different fodder. Cattle eat any kind of green grass, leaves or anything green at farms.” 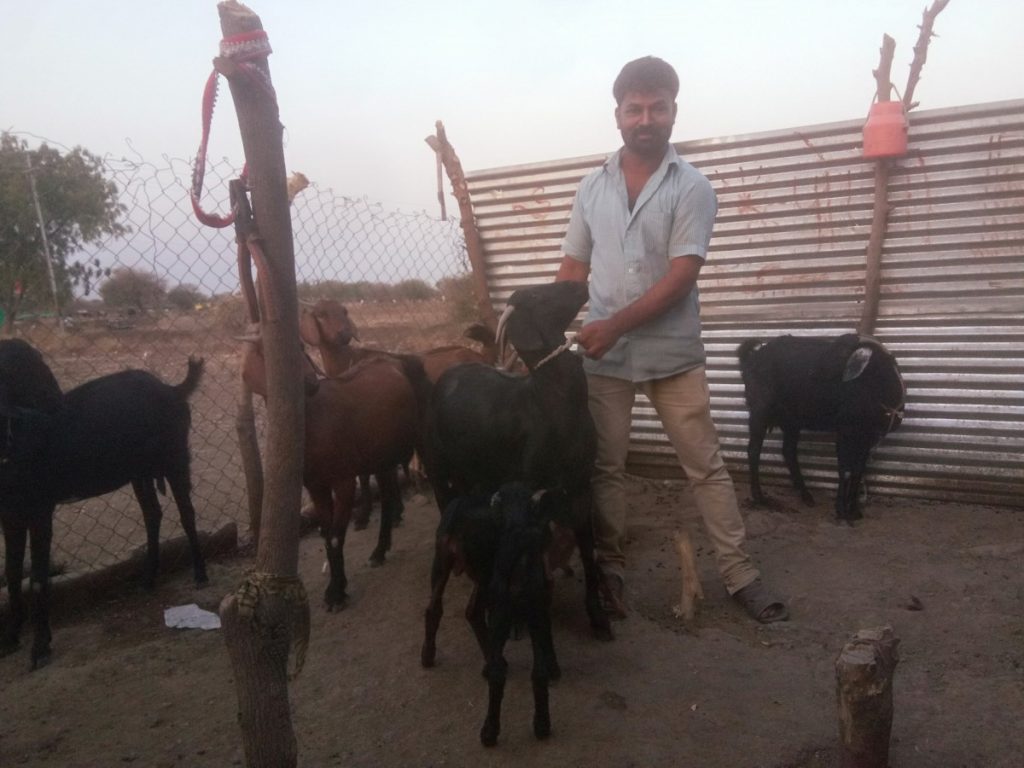 “They give milk for family consumption. They give birth twice a year, adding income to the families of farmers. In a financial crisis, farmers can sell one or two sheep or goats… These farmers or labourers are mostly Dalit, tribals or other backward castes because they are landless in majority,” she adds.

As per the agriculture department, the region has 4.33 lakh marginal farmers. Although there is no official record of the number of farm labourers, it stands at about five lakh.

Marathwada received a 22% deficit in rainfall. Farmers could not plant crops in the rabi season, which begins in October. Though farmers had cultivated during the monsoon, they could not get a good produce. Poor rain damaged crops and production was less than half of what was expected. Hence, there is little greenery across farms.

As groundwater levels deplete and almost all streams, wells and rivers dry up, there are no grazing areas left for sheep and goats.

Manisha Bhadgile, a widow from Talegoan village in the Shirur taluka of Beed district, says, “There is no water in the village. We we get 200 litres of water once in every three or four days through water tankers arranged by the gram panchayat. Currently, we arrange water for cattle from what we get. But water consumption… Has gone up due to the summer… ”

She adds, “The real problem is arranging fodder for cattle. Where can I buy fodder? The availability of green fodder has lessened and rates have skyrocketed. But we don’t have an option as that is the only property that give us returns.”

Ashok Aamte, a farmer from Khalegoan in Gevrai taluka of Beed district, who owns one acre of land and 15 goats, says, “Due to the drought, there are no buyers for cattle. A goat or sheep that is generally sold for Rs 10,000 is being sold for Rs 4,000 to 5,000. Pregnant animals that would fetch Rs 13,000 to 15,000 are being sold at Rs 6,000 to 7,000. Otherwise, we have to sell our cattle to a butcher. Once we sell our cattle, it is difficult to buy them back as rates go up. We will face many difficulties while farming next season if it rains. We don’t want to sell them… ”

Other farmers said that, due to the summer and lack of water, sheep and goats are getting diseased.

H.M. Desarada, a social activist from Marathwada, says, “The government should have availed fodder to all farmers including marginal ones having sheep and goats. Nowadays, many crops can be grown as fodder within short span of time. The agriculture department should have begun this project. But nothing has been done.”

“We had also given a memorandum to chief minister Devendra Fadnavis, asking him to provide sugarcane for animals. He talks about transforming Maharashtra’s economy but he cannot provide fodder and water to animals,” he adds.

Yogesh Pande of the Swabhimani Shetkari Sanghatana, says, “Ministers have been busy with electoral politics and they don’t have time to find a solution to the drought, which was announced in October itself.”