The Rumours that Killed the Chicken and the Maize

With fake news on chicken spreading coronavirus having done its damage, maize and poultry farmers stare at unbearable losses. The government has not helped. 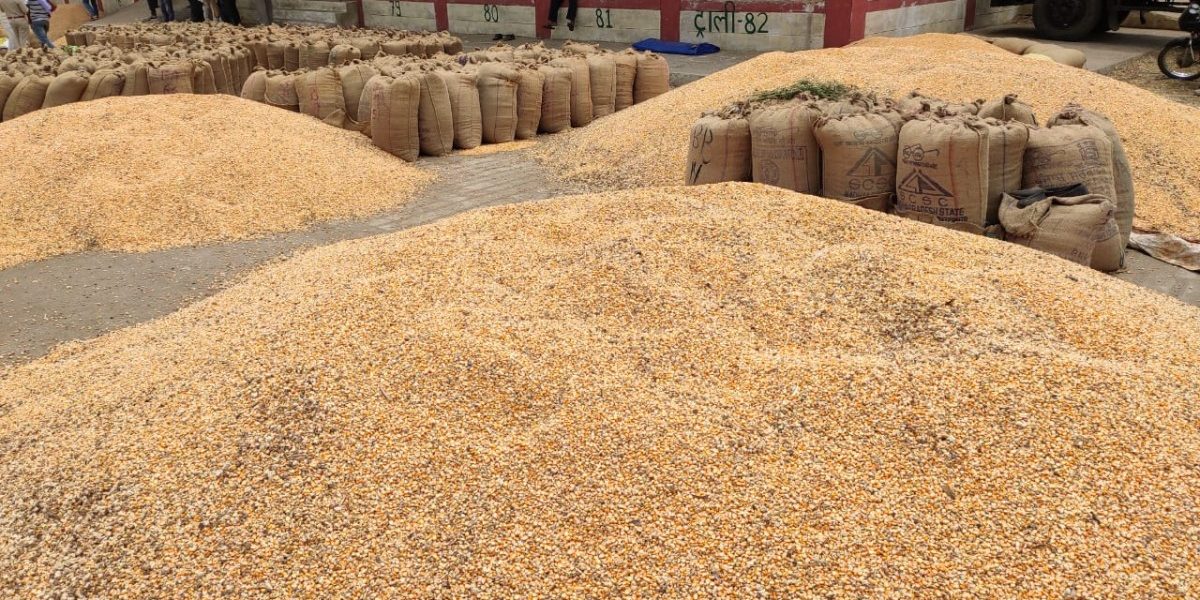 Maize in a mandi in Madhya Pradesh

New Delhi: In February this year, Dinesh Yadav had entered into a verbal contract with a Lucknow-based poultry feed manufacturing unit to supply his crop of maize at Rs 2,200 per quintal.

“I wanted to sell directly to the poultry feed manufacturer to avoid middlemen. So, I contacted several of them and made an agreement with one of them to supply my rabi produce,” Yadav, who is a farmer in Bihar’s Madhepura, told The Wire over the phone.

The rabi harvest came in April. But the Lucknow poultry feed manufacturer was no longer willing to buy the maize. “He told me that no one is buying any poultry feed because the chicken and egg industry has collapsed,” Yadav said.

Local traders who were willing to buy the maize were offering prices between Rs 900 and Rs 1,200 a quintal. “The Rs 1,200 offer was made very rarely and only for very top-quality maize,” said Yadav.

This is the scenario across Bihar and parts of Madhya Pradesh which produce maize during the rabi season, which is primarily a kharif crop in other parts of the country. But in Bihar, more than 60% of the total production of maize happens during rabi, and is concentrated in the state’s eastern districts and Kosi region including Madhepura, Kathiar, Supaul, Begusarai, Kishanganj.

According to data from the National Commodity and Derivatives Exchange, prices of maize in Bihar have not risen above Rs 1,300 per quintal in Bihar since April, while the prices last year were as high as Rs 2,200 per quintal. “Even these are the highest prices. Most farmers are getting only Rs 1,000 or Rs 1,100 per quintal,” Mahendra Yadav, convenor of Kosi Navnirman Manch, an organisation that works with farmers in the Kosi region, told The Wire. Children play with maize in Bihar. Photo: By special arrangement.

When farmers were recovering a decent return on their investment in maize with prices around Rs 2,300 per quintal, the Centre decided to import maize from Ukraine, Russia and Myanmar in January this year. And the downward trend in prices began.

Around January came an additional shock to the poultry industry, which accounts for more than half of maize demand. According to Siraj Hussain, former secretary of Union agriculture ministry, one of the main reasons for the massive decline in wholesale price of maize is the crash in demand from the poultry industry which was caused by fake news linking chicken meat with the spread of coronavirus.

Also read: The Govt Must Quickly Act to Counter the Wild Rumours Killing the Poultry Sector

“Maize is the major ingredient in manufacture of poultry feed. Fake news about poultry causing COVID-19 has caused enormous damage to poultry farmers especially in northern states like Haryana. Reduced demand for maize has resulted in a downward spiral of maize prices,” Hussain said.

In March, Sukanya Shantha of The Wire reported that a fake video was responsible for the decline in demand of chicken meat. The video had been in circulation since January, at a time when known patients of COVID-19 were largely restricted to China, and had claimed that the disease was spread by the consumption of chicken meat.

“In a matter of just one month, this innocuous-looking fake video had single-handedly destroyed the poultry business in the country,” Shantha wrote.

According to Jagbir Singh Dhull, managing director of Skylark group, one of India’s largest poultry producers, within days of the fake videos and messages spreading, demand for chicken and eggs had virtually been wiped out. “There were several fake videos and messages that put fear in the minds of people about consumption of chicken and eggs. Prices crashed to Rs 20, and then Rs 10 per kilogram. We even tried to give away chicken for free, but people did not want it,” Dhull told The Wire.

Dhull said that the demand for chicken crashed to nearly zero by March when COVID-19 began to spread in India too. 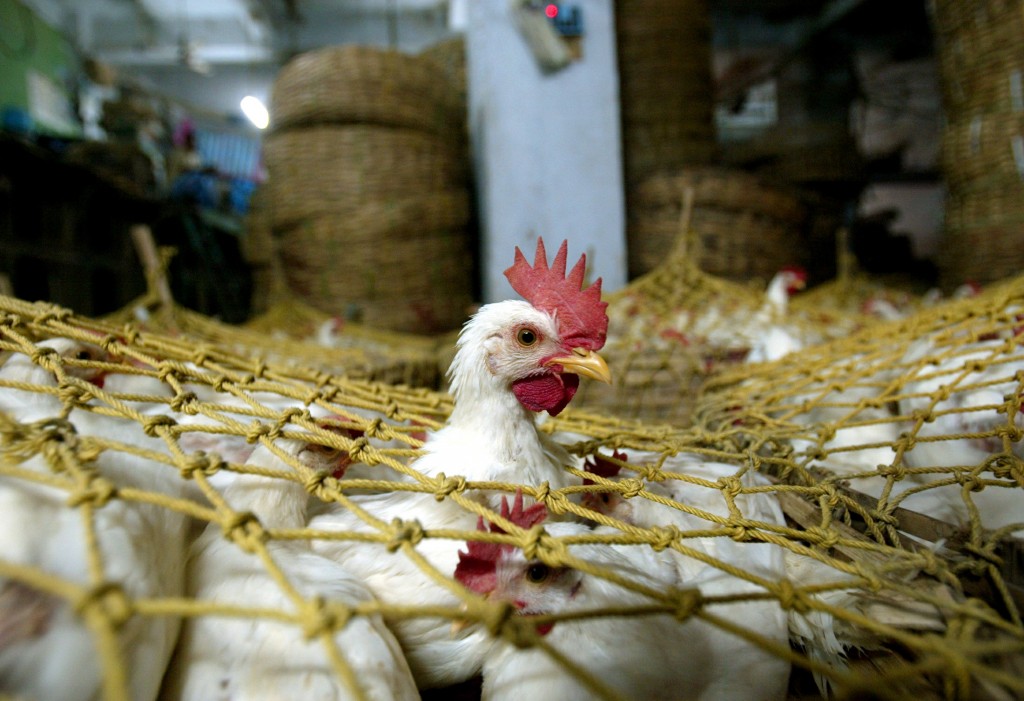 Dinesh Kumar is editor-in-chief of Karnal-based monthly magazine Poultry Technology and said that the rumours led to a situation where poultry farmers had to dispose of the stock of birds they held. “There is the cost of feeding the birds if you keep them. So unfortunately, a lot of poultries simply dug trenches and buried the birds or set the entire farm on fire,” he said. “And all of this was because demand had effectively come to zero because of fake news and rumours.”

Both Kumar and Dhull say that the demand has now gone up, but only very slightly. “It is not zero. It is only around 15 or 20% of normal,” Dhull said.

But, rumours linking the spread of COVID-19 to consumption of chicken meat and eggs continue to appear every now and then. “The vegetarian lobby keeps pushing these rumours. Just the other day a fake letter was circulated which claimed that the Punjab government had banned chicken because it causes coronavirus,” Dhull said.

A meat retailer in Uttar Pradesh’s Meerut said that his business is only 10% of what it was prior to January. He said that demand had crashed in January itself due to the rumours.

“There were these messages on WhatsApp that said eating meat can cause coronavirus. Even TV channels and newspapers spread this fake news. Doctors would appear on them and claim these things without any scientific basis,” the meat retailer said. “And I don’t need to tell you that most people in our country are fools. They believed them.”

He said that the demand for meat – primarily chicken and a little bit of mutton – in January crashed to only 10% of what it was pre-January. In March, when the lockdown was imposed, meat shops were shut too and opened only in mid-May.

“Ab thodi der ke liye kholta hun dukan makkhi marne ke liye. Grahak to ek do hi aate hain (‘I open my shop for some time to swat at the flies. Only one or two customers show up’),” he said.

As long as the demand for chicken and eggs does not recover, demand for maize, which is intrinsically linked to the fortunes of the poultry industry as the chief ingredient in poultry feed, too will be suppressed. 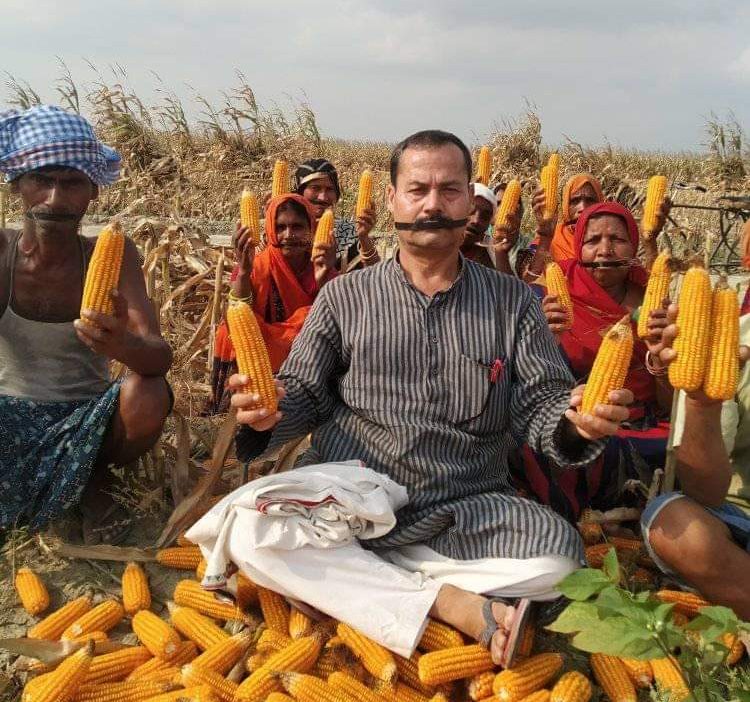 And maize farmers will continue to suffer. Like Dinesh Yadav who was hoping to earn a sizeable return on his maize crop this season through direct sale to a poultry feed manufacturer but instead is fetching prices below the cost of production.

“We are ruined. All farmers in this region relied on the maize crop for their yearly earnings. Without that, we have nothing,” he said.

Yadav’s joint family of 16 – comprising four families – relies on their four acres of land. On three acres, they had grown maize and on the remaining one acre they had grown rice and pulses for their own consumption.

“But the rice and pulses are not enough to last the whole year. We have to buy food also. But only one of the four brothers has a ration card,” said Yadav.

Since only one of the four families has a ration card, only four members out of the 16 get rations distributed through the public distribution system (PDS). “We are taking loans to survive,” he said.

Yadav already has loans of Rs 60,000 from local moneylenders, or mahajans, in addition to a Rs 50,000 crop loan on his Kisan Credit Card (KCC). While he will get the benefit of the RBI’s three month moratorium on repayment of his crop loan, no such relaxation is forthcoming on the loan from the mahajan.

“In fact, he is now asking for it to be repaid as soon as possible because he says he is also facing financial difficulties,” said Yadav over the phone. The local money lenders also charge a much higher rate of interest – 3% per month, or 36% per annum, in this case. “Now, he is saying he will charge 4%.”

Mohammed Yasin who has five acres in Bihar’s Supaul district says that the crash in prices could not have come at a worse time. His brother, who used to work as an electrician in Mumbai, has returned home due to the lockdown and the expenses of the family have gone up.

“I had to send him Rs 20,000 because he was staying there without income and then had to pay a truck driver to come back,” Yasin said. Now, the families of Yasin and his brother, Mohsin, are dependent on the land for their income while earlier they had an additional source of income from Mohsin’s earnings in Mumbai. 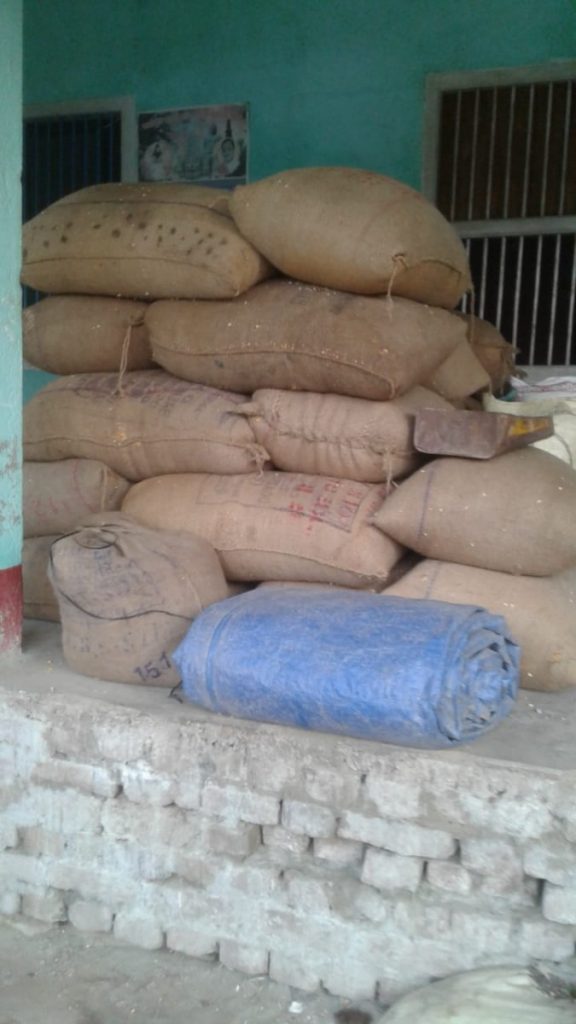 Maize stored in a farmer’s house in Madhepura, Bihar. Photo: By special arrangement.

To make matters even worse, Yasin said, the region saw more than usual rain in March and April, which damaged some of the maize crop. “We are entirely dependent on maize crop for survival. And a lot of it was damaged due to the rains.”

While some state governments – like Karnataka, which is providing Rs 5,000 to every maize farmer to compensate for losses – are assisting farmers, the Bihar state government is yet to announce any such move.

“We have been constantly asking the Bihar government to buy the produce at MSP and to compensate farmers for their losses. But they are not doing anything,” said Mahendra Yadav of the Kosi Navnirman Manch.

It is also important to bear in mind that announcement of MSP for maize is quite meaningless in the case of Bihar, as it does not have a state procurement mechanism and the state had also repealed, in 2006, the Agricultural Produce Marketing Committee (APMC) Act, which is also now nearing the end of the road in the country thanks to a recent ordinance of the Centre.

“The repeal of APMC has only worsened the situation for farmers in Bihar who are completely at the mercy of private traders and have no protection whatsoever,” said Yadav.

The poultry industry also remains on its own as the Centre has so far not announced any relief measure. “The industry has suffered a Rs 20,000-crore loss but the government is yet to announce any support,” Dinesh Kumar, editor of ‘Poultry Technology’.

Siraj Hussain says that in addition to providing assistance to the poultry industry, the Centre also ought to check the spread of fake news through the Press Information Bureau’s new ‘fact check’ initiative.

“Since the government now has a mechanism to check fake news, it would be appropriate if the source of fake news relating to poultry is also investigated. This is important because it is affecting the livelihoods of millions of poultry farmers,” Hussain said.