Like His Father, Rakesh Tikait Proves to Be Delhi's Achilles' Heel

A video of Tikait in tears went viral at a crucial time in the farmers' movement, turning the tide of the protests entirely.

Jitu Singh, a farmer from western Uttar Pradesh’s Shamli, along with his brothers, was returning home from the Ghazipur border Thursday evening on their tractor. They had been a part of the farmers’ protest for more than a week and had also taken part in the tractor rally in Delhi on January 26 in which certain sections of farmers had resorted to violence.

“That made us sad. That should not have happened. We didn’t want to take part in any protest that leads to disrespect of national monuments. That’s why we were going back home,” Singh told The Wire over phone.

But midway through the journey, they turned around. “On WhatsApp, I got this video in which Rakesh Tikait was crying.” In the video which is being circulated on social media, Tikait – who is the leader of western UP’s Bhartiya Kisan Union – can be seen distressed and wailing so loudly that his sobbing drowns out his words.

Tikait said that the BJP was trying to “destroy” farmers and that he would not let that happen. If the farm laws are not repealed, he implied, he will commit suicide. He also gave the impression that BJP’s MLAs and their goons were attempting to attack him and farmers. When one reporter asked him why he was not vacating the protest site, he said, all while weeping and wiping his tears, that he would not vacate it and that the protest would go on.

Seeing Tikait so helpless broke Singh. “It broke me to see Tikait crying. He has been fighting for me for the last two months and he has been betrayed. The government is now sending goons to beat him up. I will not let this happen even if I die. I immediately turned the tractor around towards Ghazipur,” he said.

Many other tractors too turned around. Several farmers, who had not been part of the protests, also became emotional watching Tikait cry.

The tide had turned.

“The situation has suddenly changed here,” Kuldeep Tomar, a farmer leader who was in Meerut district, told The Wire an hour or so after the video started circulating. “All TV channels are showing Tikait crying and people are crying even while watching it. Even people who did not support the farmer protests earlier are saying what’s happening is wrong. Several people have already left to reach Ghazipur and more are leaving.”

A farmer who had reached Ghazipur after watching Tikait cry told Shahid Tantray of the Caravan magazine that “a sea of people” is on its way.

“These tears that have dropped from Tikait’s eyes have struck the hearts of the farmers of India. The people have started to make their way. You come here tomorrow to see for yourself the sea of people.” 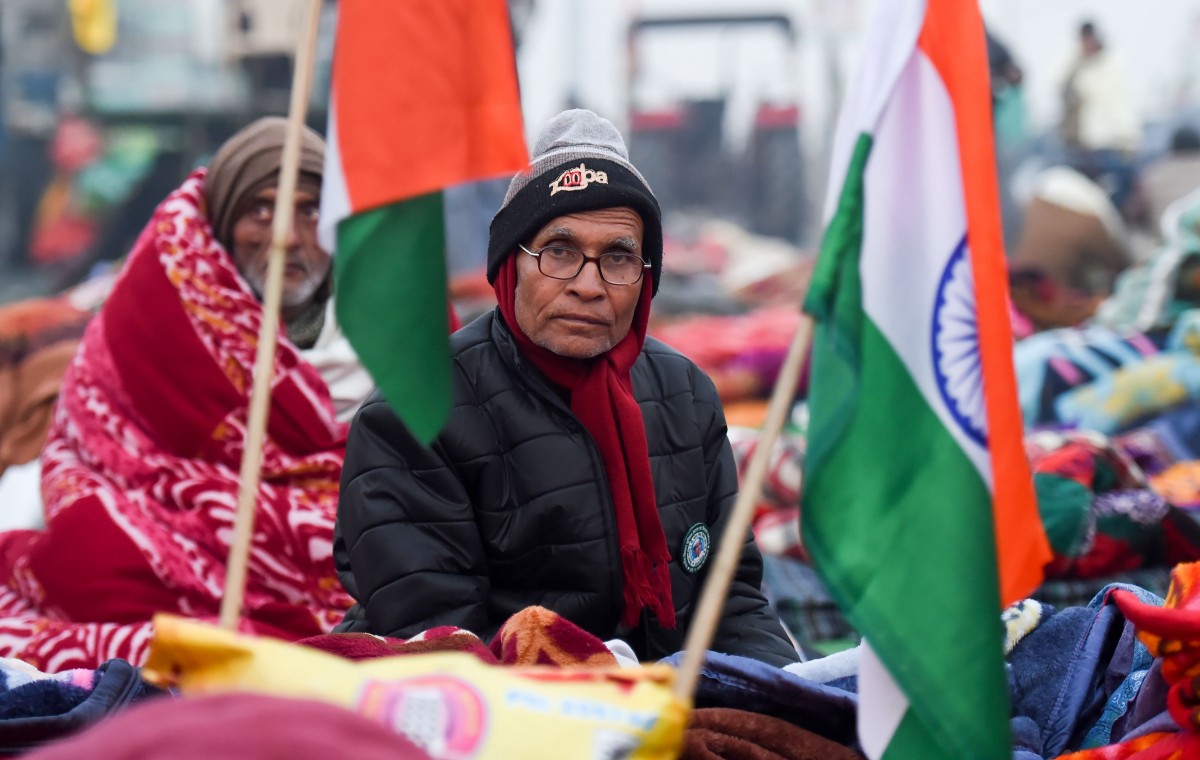 It was an emotional, distressed, last-ditch effort by Tikait in what had appeared to be a losing battle.

And Tikait was running against time. The other farm leader who was leading the charge at the Ghazipur border was V.M. Singh, who had withdrawn support and left. The contingent at Ghazipur was severely depleted with several farmers, like Jitu, having turned back. The police deployment had increased and was preparing to arrest Tikait and force farmers to vacate the protest site. A BJP MLA was allegedly there with several of his henchmen who were reportedly attacking farmers and breaking their tents.

In fact, Tikait’s elder brother Naresh has said in Muzaffarnagar that farmers should return home.

“It was all but over,” said Kuldeep Tyagi, president of the western Uttar Pradesh-based Bharatiya Kisan Andolan, who was at Ghazipur. “There were only 200 people left at the protest and 2,000 police personnel had surrounded us. Then came the BJP leaders with their goons and they started abusing Tikait and his father. They started attacking farmers. That made Tikait furious and he said, ‘Now I won’t leave. I will die here but I will not leave and this protest will not end.’”

A furious Tikait refused to vacate the site and refused to get arrested in another video which went around western UP. “I know what will happen to me and my comrades after my arrest. There will be no arrest. I will hang myself here,” he said in Hindi.

Tikait held his ground speaking forcefully from the stage, particularly agitated with the presence of the BJP members. Of the several farmer leaders who have been a part of the talks with the Centre and the agitation, Tikait was the only one present at Ghazipur – alone with a contingent of only about 200 farmers, according to Tyagi.

“He spoke with such passion and integrity that the farmers who had been demoralised got their spirit back. And then that video of him crying melted their hearts and they were ready to do anything for their leader,” said Dharmendra Malik, a BKU leader.

Subsequently, Tikait himself explained that he felt helpless, betrayed and thought that he had let down farmers. “The BJP goons were attacking my people. They were trying to beat them up. I was betrayed and I felt I had betrayed my farmers. They were my responsibility and I felt I was not able to protect them. If I had been arrested, they would have beaten up my people mercilessly. I could not let that happen,” he told The Wire over phone.

The farmers’ protest site which in the evening stood threatened by heavy deployment of police forces aided by BJP members, was reinforced within hours. “There were thousands of people within two hours. We did not expect it. It was incredible,” Malik said. 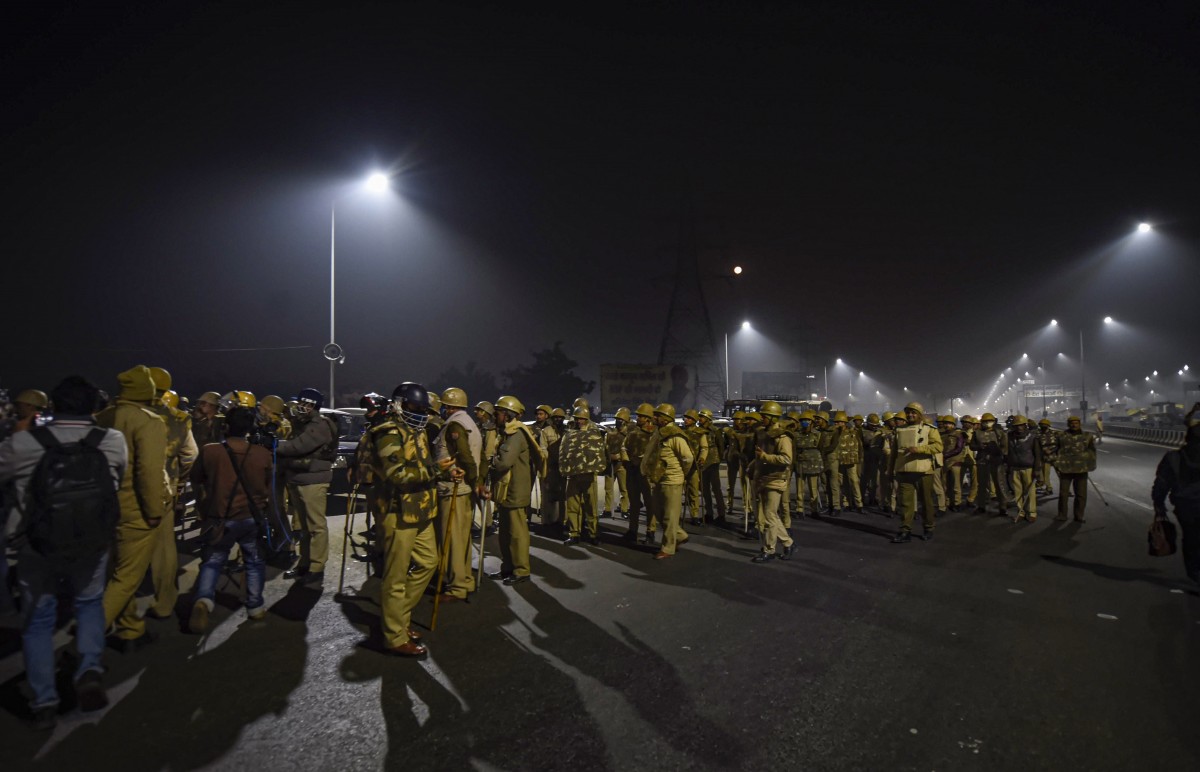 As the mood turned, Naresh – Rakesh’s elder brother – who is the head of the powerful western UP Baliyan Khap of the Jat community, announced that there will be a mahapanchayat in Muzaffarnagar on Friday and thousands will move to Ghazipur.

Now, new tents are being built in Ghazipur. The kitchen is operational once again. The hookahs have returned. The protest looks like it is far from over.

Sonu Tomar from Nanglamal near Meerut also left late at night to join the protesting farmers at Ghazipur. “The whole of western Uttar Pradesh has cried today seeing Choudhury sahab (Rakesh Tikait) cry. This will not be forgotten. Now it is the turn of the government to cry. The Jats will make them cry,” Tomar said.

Naresh Tikait said that the protest will now be as much about the pride of farmers as about the laws. “People were hurt and saddened at the sight of Rakesh crying. A lot of people cried yesterday as they were wondering what this man must’ve been going through. Now, this fight has become about pride, brother. Farmers’ pride was hurt yesterday. The fight is no longer just about the laws,” Naresh said, speaking to The Wire over the phone.

Raj Kumar Sangwan, a senior leader of the Rashtriya Lok Dal, another prominent Jat party from western Uttar Pradesh, said that after several years, Rakesh Tikait had, for the first time, evoked memories of his father – the legendary farmer leader Mahendra Singh Tikait. 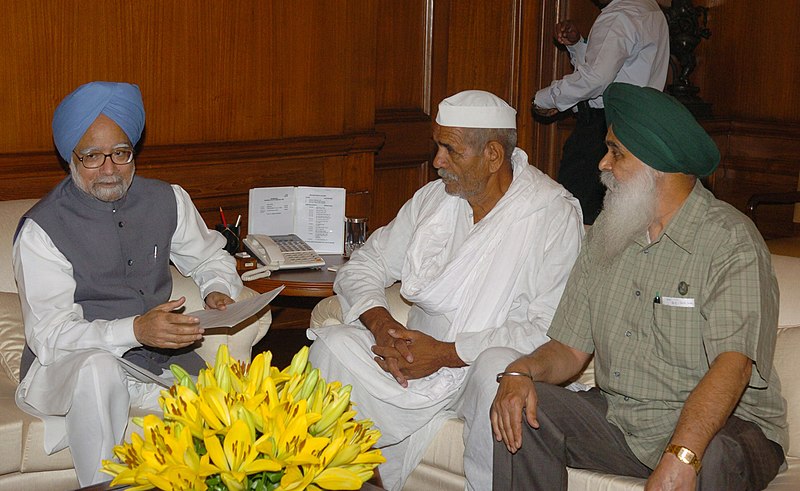 “Yesterday reminded me of the time in the boat club in 1988 when we were protesting against the Rajiv Gandhi government, which was a majority government. The police were trying to lathicharge us and Baba Tikait (Mahendra Tikait) stood and said, ‘I will take the first lathi.’ Last night, Rakesh reminded me of his father,” Sangwan said.

In October 1988, demanding higher sugarcane prices and lower electricity tariffs, lakhs of farmers led by the senior Tikait descended from western Uttar Pradesh to the heart of Delhi. The city was taken over and the central government was rattled. It finally relented and agreed to the demands of farmers after about a week, ending the protest.

The anti-farm law protests have been going on for six months now and no such concession seems forthcoming from the Central government this time. “Of course this is different. This government is totally anti-farmer and anti-people. It is a destructive government. This fight is tougher,” Sangwan said.

But the fight which, after the events of January 26 and the subsequent onslaught against farmers organised by the BJP ecosystem, seemed to be coming undone is not over, at least not for now. And if there is one person to thank for that, it is Rakesh Tikait.