While the move is no doubt a political gambit, there are a number of questions surrounding its implementation and whether it will improve the current livelihoods of the state's farmers. 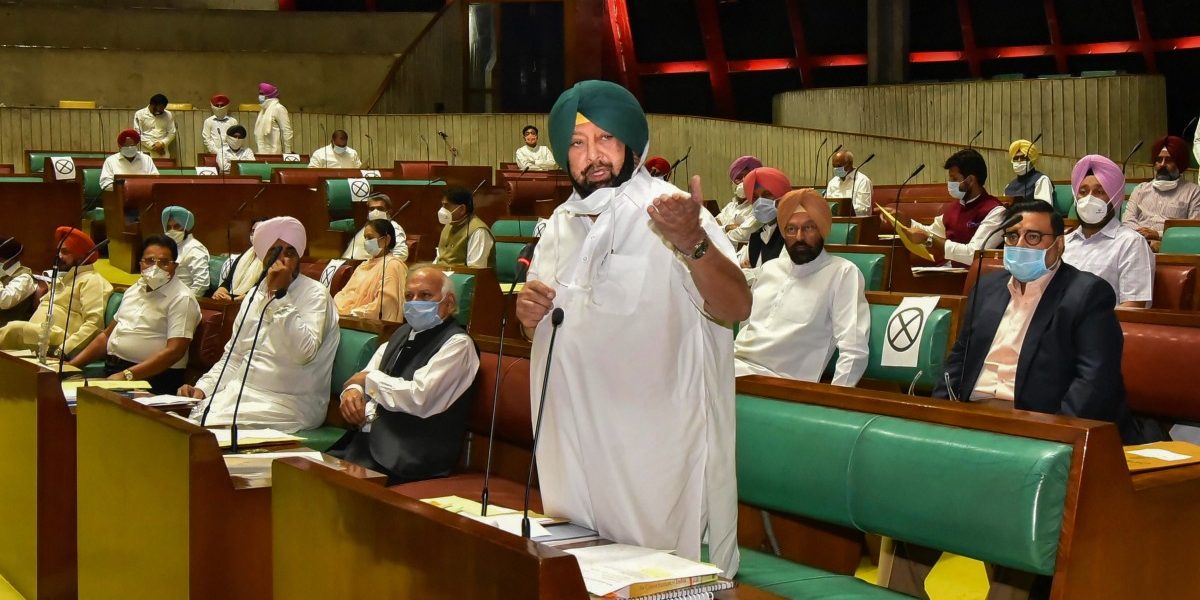 The Congress government in Punjab has taken steps to try and quell farmer anger in the state, by passing three legislations which it claims will nullify the new agriculture laws passed by the Centre which, farmers and farmer organisations have argued, move in the direction of either ending the minimum support price regime or curtailing government procurement at MSP.

“…To restore the agricultural safeguards for the farmers through the regulatory framework of Punjab Agricultural Produce Markets Act, 1961 to secure and protect the interests and livelihoods of farmers and farm labourers as also all others engaged in agriculture and related activities.”

Although the Punjab state assembly has passed the new bills, they still need the assent of the Governor of the state and the President of India as the bills seek not only to amend state law but also central law.

Leaving aside the legal tussle that is bound to ensue, the Punjab farm laws seem to deliver to farmers something that has been their long-standing demand – MSP as legal right. The Congress in the state has said that now farmers will not have to sell crops at less than MSP.

This is the key point in the context of the new central farm laws too as most of the anger of farmers stems from the fear that the Centre is moving in the direction of procuring less at MSP.

The crucial part in the bill reads:

“No sale or purchase of wheat or paddy shall be valid unless the price paid for such agricultural produce is equal to, or greater than, the Minimum Support Price announced by the Central Government for that crop.”

So, the bill only covers two crops – paddy and wheat – while the Centre declares MSP for 23 crops. And for paddy and wheat, most of the produce in Punjab and Haryana is in any case procured by government agencies at MSP.

In fact, a recent analysis by Indian Express suggests that Punjab could actually be procuring more paddy than it produces as farmers from Uttar Pradesh and Bihar bring their produce to Punjab, attracted by the prospect of being able to sell at MSP. Bear in mind, this is prior to state laws outlawing sale of paddy and wheat below MSP.

The bill also mentions that ‘MSP’ is the MSP announced by the Central government. Some farmer organisations have criticised the Punjab government for not being ambitious enough – while the Amarinder Singh government has been quick to circumvent the Centre’s reform, it hasn’t raised the bar in terms of increasing the MSP.

The MSP as announced by the Centre – as several farmer organisations have pointed out for years – falls well short of what was recommended by the Swaminathan commission on farmers in 2007.

What about non-paddy and non-wheat farmers?

By leaving out other crops from its ambit, the new Punjab farm laws also imply that farmers in the state who also produce oilseeds, maize and cotton in large quantities will not benefit from these new laws.

As Balkar Singh, a maize growing farmer from Pathankot told The Indian Express, “How does this new law make a difference, when the entire wheat and parmal (non-basmati) of our state is anyway being bought by the government at MSP? What will happen to my maize? Who will pay MSP for it?”

The prices for maize, cotton and oilseeds have been below MSP for most states in India, including Punjab, for a long period now and the Punjab farm laws, which seek to address the fear of farmers – that government procurement at MSP will be curtailed – stemming from the central farm laws, stop way short of actually addressing those fears, even if they were to be passed and if passed prove implementable.

That brings us to the point of how this will be implemented.

The Punjab laws say that those transacting in wheat and paddy at rates below MSP will be punished by jail time and fine. 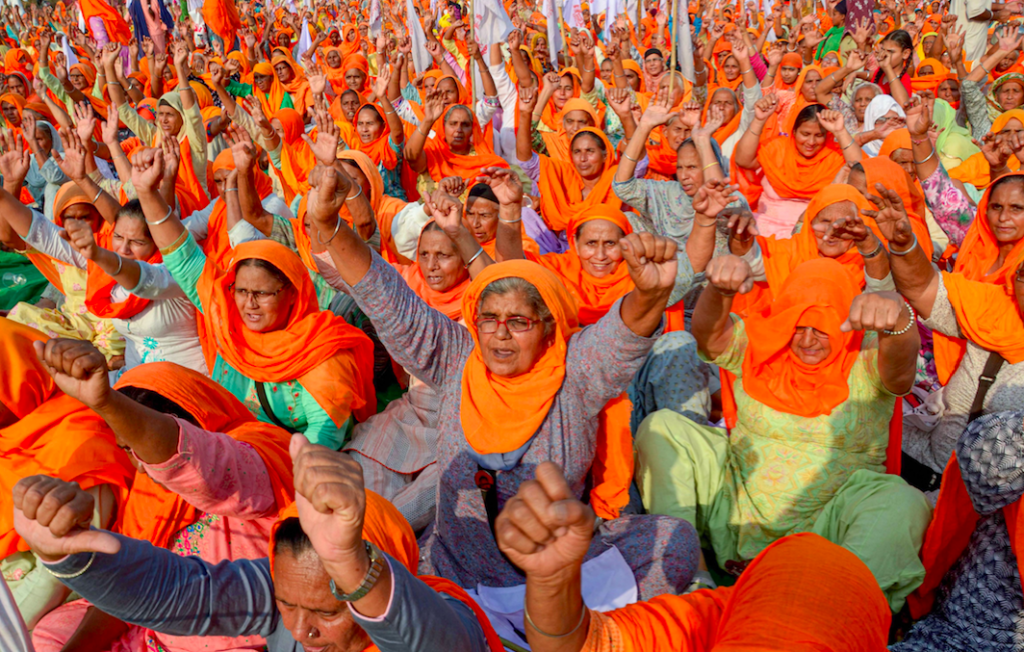 Women from the farming community raise slogans as they take part in the ongoing farmers agitation, against the central governments newly introduced agri-bills, in Amritsar, October 23, 2020. Photo: PTI

The relevant portion of the bill reads “Notwithstanding anything contained in any other law for the time being in force, if any person or company or corporate house or any other association or body of persons, whether incorporated or not, compels or exerts pressure on a farmer or any person associated with agriculture or agro-produce to enter into a contract or sell agricultural produce in his possession, at a price below the Minimum Support Price (MSP), then such person shall be deemed to have committed an offence which shall be punishable with a term of imprisonment of not less than three years and fine”.

This begs the question of how and who will determine whether a farmer has been ‘compelled’ or whether pressure was exerted on the farmer to sell her produce below MSP. So far the Punjab state government has not provided any clarity on this question.

Also it is not likely that when farmers do sell at below MSP (bear in mind, this happens very rarely in Punjab for paddy and wheat which the laws influence) that they have been compelled.

When farmers bring their produce to the mandi, more often than not, they are price takers. The structure of the market and their relative bargaining position in that structure compels them to sell at whatever price is being offered. In most cases, it is not an individual or a company which has compelled the farmers.

The farmer who has paid for loading her produce on a truck, for transport to the mandi and then to unload the produce at the mandi, has already incurred significant costs. This implies that the farmer doesn’t really have the option of rejecting the price offered at the mandi and to take her produce back only to bring it back another day or to another mandi once again incurring the costs.

So, even if the laws were to clear all the legal hurdles they face, it remains to be seen how the Punjab government seeks to implement the crucial part about ensuring MSP for paddy and wheat.

Farm activist Ramandeep Singh Mann has also said that the laws seek to convert the entire state of Punjab into a “principal market yard”. He contends that that’s what the Punjab state government is trying to do by giving itself the power to levy a fee on transactions that take place outside the mandis.

“So, the entire state becomes a market yard if they can levy a fee both inside and outside a mandi. Tax can now levied even outside the mandi,” Mann told The Wire.

The Congress party has also hinted that the same laws will be implemented by all its state governments. But, it’s not clear what – if any – benefit these laws will bring to the farmers.

Indeed, once again, like in the case of NYAY announced last year, the Grand Old Party appears to be high on rhetoric and short on ideas.