Hundreds took out ‘anti-lockdown’ protest marches, urging traders and other non-essential shopkeepers to open their shops. However, a majority of trader bodies did not comply with their demand. 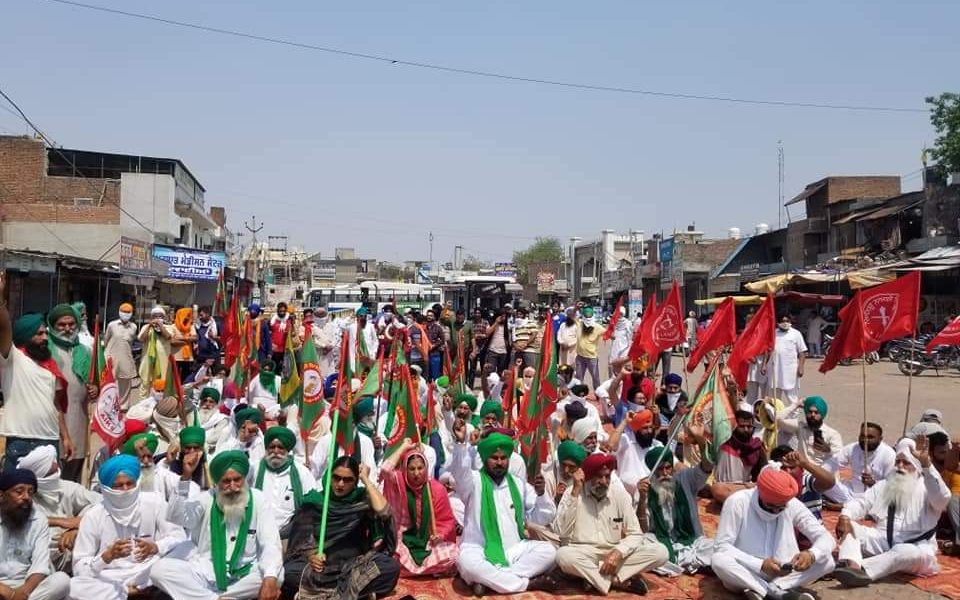 Protestors gather at the Old Bus Stand in Patiala as part of the farmers' anti-lockdown march. Photo: By arrangement

Jammu: Thirty-odd farmers’ unions, under the banner of the Samyukta Kisan Morcha (SKM), who have been protesting against the three agri-marketing laws on the borders of New Delhi for over 200 days now, gathered in large numbers across Punjab to defy the COVID-19 weekend restrictions that were imposed in the state.

Hundreds took out ‘anti-lockdown’ protest marches, urging traders and other non-essential shopkeepers to open their shops. However, a majority of trader bodies did not comply with their demand.

On Friday evening, the state reported 8,367 new cases of COVID-19. At least 165 people succumbed to the virus on Friday, according to a government bulletin. As of Friday, the total number of confirmed cases in the state stood at 424,647, of which 69,724 were active.

Farmers’ leaders who spoke to The Wire said in unison that they don’t believe the lockdown will help contain the devastating situation brought about by the second wave of the novel coronavirus in India.

“Without adequate medical facilities, the government hopes to impose a mere lockdown and help people. [Prime Minister Narendra] Modi must have first made sure India had proper health care facilities,” Sarwan Singh Pandher, the chief of Kisan Mazdoor Sangharsh Committee told The Wire.

Several experts have suggested that lockdowns would reduce the transmission of the virus, thereby reducing the strain on hospitals.

Pandher also said that the crisis in Delhi was a government-made crisis, and no one can blame the farmers’ movement for it. “We are riled up at the allegations thrown at us,” he said.

Lachhman Singh Sewewala, a labour union activist and the leader of the Punjab Khet Mazdoor Unions said that medical facilities in rural Punjab have failed, despite lockdowns nothing has improved.

Speaking to The Wire however, a leading trader, Ajit Lakra from Ludhiana said that no one, at least in Ludhiana, has positively responded to the demand of the farmers. According to him, the situation of COVID-19 is intense and traders are complying with the rules of the government even if it means a blow to their businesses.

“We are not able to get raw materials from the markets for our industries which have been allowed to run. We are facing a lot of labour shortage as well but we are complying with the lockdown imposed by the government. No one in Ludhiana is supporting this decision of the farmers,” he said.

According to sources, shops in several other districts also did not comply with the anti-lockdown march called by farmers’ unions. 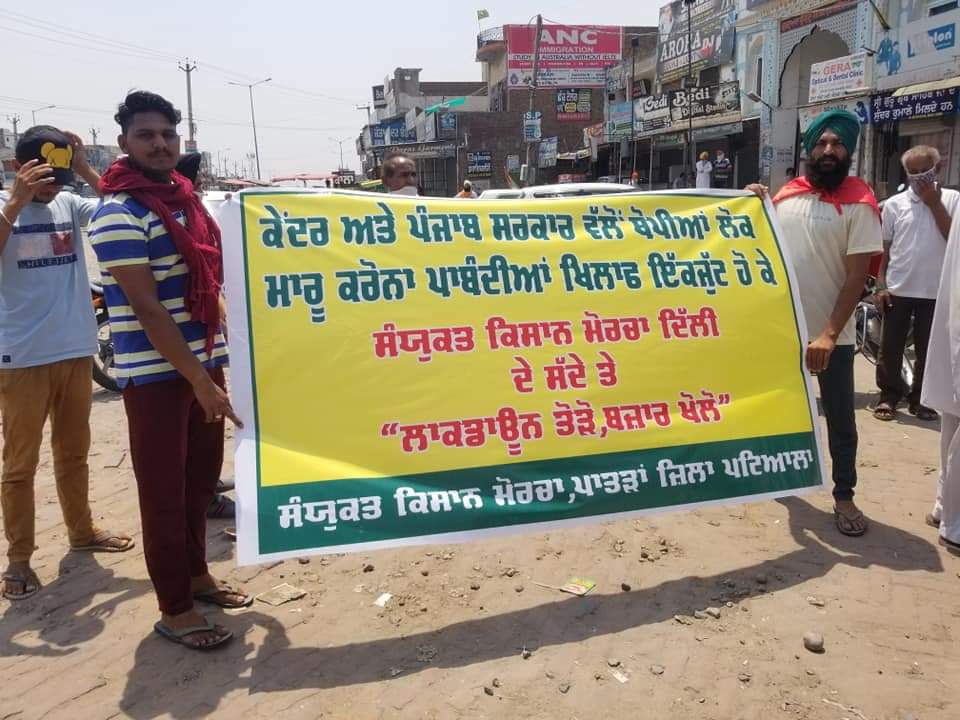 Farmers in Punjab with a poster that says, ‘This is a protest against anti-democratic lockdown restrictions imposed in the name of coronavirus’.
Photo: By arrangement

‘Can’t let the movement fizzle out’

Farmers’ unions, primarily from Punjab, Haryana and Uttar Pradesh, have been undeterred in their protest against the three farm laws which were rushed through parliament last year even as India was grappling with the first-wave of COVID-19. They are determined to not let the movement fizzle out.

“We know that lockdown restrictions may come as a blow to the farmers’ movement. But we won’t let that happen,” Pandher said.

Meanwhile, the Punjab government has not imposed a total lockdown in the state but only ‘lockdown like restrictions’. At over 100 places across the state, the state government has allowed farmers to continue their demonstrations but with only a handful of people at the site.

On May 7 however, a day before farmer unions threatened to hold rallies in large numbers, chief minister Amarinder Singh ordered the state DGP to impose harsher restrictions to stop farmers from gathering. Despite this, farmers held demonstrations as planned. No reports of clashes between the police and the protestors were reported throughout the day. Images from the marches show many people disregarding precautionary measures such as wearing masks and social distancing.

Owing to the harvest season, the number of protestors at the Delhi-Haryana Singhu border had declined considerably over the past month. Farmers went back home in batches to harvest and sell their crop in the mandis.

“While protestors at Singhu were less in number this month, there were over 17,000 protestors camping at Tikri border with all COVID-19 precautions they could take,” Lachhman Sewewalla said.

By May 12, after having sold a bumper crop, Punjab’s farmer unions have said that they will march to Delhi in large numbers once again.