As Politics Heats Up in Punjab, Will Issues of Farm Labourers Ever Get Attention?

Despite the fact that farm labourers suffer the most due to failing agriculture, successive governments in Punjab have not taken up any concrete steps to better their living conditions. 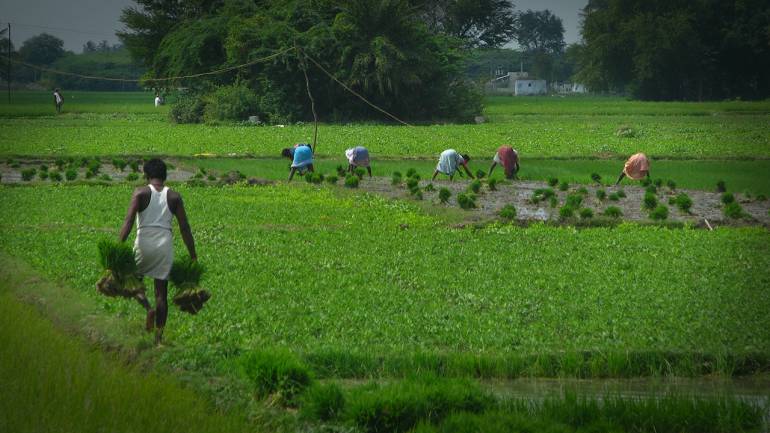 Chandigarh: Come elections, farmers and agriculture figure prominently in Punjab’s political discourse, with parties of all hues making several promises. Although it is the farm labourers whose situation is more miserable than the land-owning farmers, they hardly find a place in the political narrative. There is little hope for the lakhs of khet mazdoors (agriculture labourers) that the situation could get any better this time around as the state goes to polls on February 14.

Currently, farm labourers of the state are going through a phase of underemployment, low earnings and indebtedness — issues they have been dealing with for decades.

The number of labourers dying by suicide is just as high as that among farmers, a recent study by Ludhiana-based Panjab Agriculture University (PAU) revealed.

Yet, their problems and ways to provide better livelihood hardly become part of the political narrative, which could allow the governments to make policies in their favour.

Like in the previous assembly polls, the political discourse this time around is overwhelmingly centred on the issues concerning farmers. Such political discourse has become even more pronounced in the wake of the successful farmers’ movement in which farmers from Punjab and unions of which they are part played a key role.

There is a general belief that if farmers prosper in the rural economy, agriculture labourers will automatically reap the benefits too.

This thinking stems from the fact that the early stages of the green revolution in Punjab not only improved the farmers’ situation but also created field jobs for a large number of people in the rural economy who did not possess any land.

But thanks to intensified mechanisation in agriculture, there has been a huge loss of jobs for khet mazdoors in the last two decades.

A 2020 study by Sukhpal Singh of the PAU and researcher Shruti Bhogal, based on interviews with 100 agricultural labourer families in Ludhiana over the past 30 years, revealed that about 92% of sampled labour households were engaged in agriculture activities in 1987; 36% as permanent labourers and 56% as casual labourers (doing both field and non-field jobs).

But by 2018, the permanent engagement of sampled khet mazdoor families in agriculture work was reduced to a mere 1%, and casual engagement too went down to 33%.

The shift in employment opportunities was seen in favour of odd jobs in unorganised sectors, like construction work (15%), brick kiln (10%) and domestic jobs (8%). This in no way helped agriculture labourers to live a decent life.

In 2017, Bathinda-based Punjab Khet Mazdoor Union conducted a field survey on the indebtedness of agricultural labourers in Punjab and found that 84% of 1,617 families surveyed in six districts were found to be under debt. Bathinda, Sri Muktsar Sahib, Faridkot, Moga, Sangrur and Jalandhar were among the six districts where the survey was held.

The average amount of debt per family stood at Rs 91,437, which according to the union is a huge amount given the financial status of families.

The union pointed out that the condition of being landless, lack of employment and low wages in agriculture and non-field jobs were among the main reasons for the rising indebtedness among khet mazdoors.

This also led to conflicts between labourers and farmers over wage rates in the recent past. It was particularly seen in 2020 amid the COVID-19 lockdown when agricultural labourers demanded higher wages. As a result, several villages in the state experienced fissures between farmers and labourers after a large number of village panchayats passed resolutions to cap the wage rates.

In Punjab, loan waivers have been announced for farmers several times, over the years. Even the outgoing Congress government too brought out a relief package for farmers.

But, there has never been such a package announced for farm labourers. The reason why this is important is because the per lakh suicide ratio in the case of farmers and agricultural labourers is more or less the same.

As per the estimates, Punjab roughly has 20 lakh farmers and 15 lakh farm labourers.

Between 2000 and 2015, 7,300 labourers took their own lives due to debts while 9,300 farmers died by suicide in the same period, according to data compiled by Patiala-based Punjabi University, Amritsar-based Guru Nanak Dev University and PAU.

On why agriculture labourers are often neglected in the government economic relief packages, professor Sukhpal Singh of PAU, who was part of the team that compiled the above data, says that 90% of the debt of farm labourers is the result of borrowings from “non-institutional” sources, like private money lenders, because institutional bodies like banks do not give them loans due to lack of security.

“The state agencies often argue that it is difficult to waive off non-institutional loans of agriculture labourers, which I don’t agree with. A scheme can be formulated to help khet mazdoors financially,” he adds.

Sukhpal Singh says that there has been a major change in recent times on how they are securing loans. Earlier khet mazdoors were dependent on big farmers or a sahukar (money lender) in their villages for loans, he says, adding that now private microfinance companies have emerged as major lenders to the poor in villages.

“Even though such companies charge exorbitant rates of interest — in some cases as high as 30%-35% — there are no government regulations to rein them in,” he laments.

Stating that there is an urgent need to write off the loans of farm labourers, whether institutional or non-institutional, he says that the governments must formulate policies to ensure that they receive loans from institutional lenders at low-interest rates.

The state government in 2015 formulated a policy to provide relief in case of suicide deaths of farmers and farm labourers due to indebtedness. It included compensation of Rs 3 lakh along with rehabilitation packages for the support of distressed families.

However, the families of farm labourers who died by suicide, due to economic distress, have not been receiving their share of compensation.

It has been observed that many such families have been deprived of compensation due to the lack of documents, be it loan papers (particularly in the case of loans from non-institutional sources), postmortem reports, among others. As many of them are illiterate, they are not being able to produce requisite documents.

Speaking to The Wire, Lachhman Sewewala, president of Punjab Khet Mazdoor Union, says that there are hundreds of cases where families did not get compensation because of technical reasons. On the other hand, state governments have never bothered to make the norms simpler to help them claim compensation. 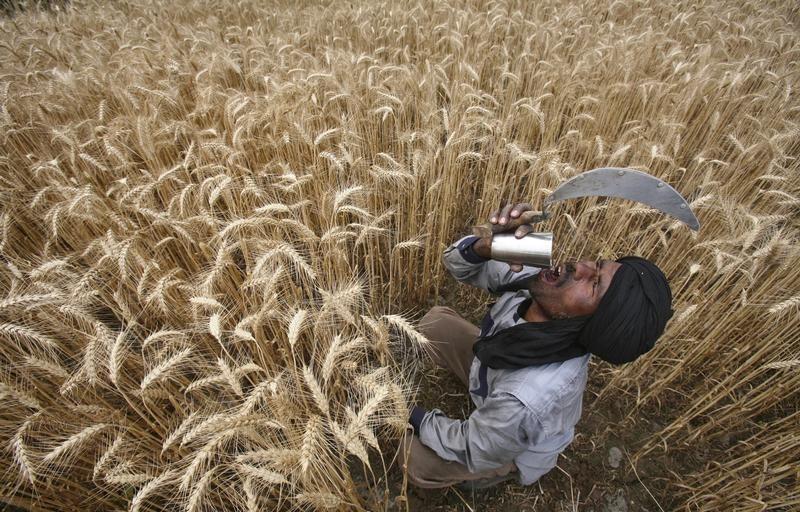 A labourer drinks water while harvesting the wheat crop at a field in Jhanpur village, Punjab. Photo: Reuters/Ajay Verma

Professor Lakhwinder Singh, former head of Punjabi University’s Economic department, says that since most agriculture labourers come from Scheduled Castes, political parties in Punjab often target them via freebies. But the solution to their problems lies in economic policies.

He adds that there is a need to create alternative employment opportunities for them since they are not getting enough workdays in the agriculture sector.

For instance, agro-based industries can be started in rural Punjab, so that they can be compensated for the loss of jobs in the agrarian sector. Further, the MGNREGA scheme needs to be made effective in Punjab. There are reports that people are not even getting guaranteed 100 days of work, he adds.

But, according to Lachhman Sewewala, the major demand of agriculture labourers is the proper implementation of the Punjab Village Common Lands Regulation Act, 1961 under which one-third of the cultivated common land must be leased-out to Schedule Castes/Backward Classes. But, in practice, they are being deprived of this right. Every year mazdoor organisations are forced to hold protests in order to seek lease rights.

“Similarly, the Punjab Land Reforms Act, 1972 stipulates maximum permissible irrigated land-owning of 17 acres (seven hectares) only, but this is often defied as many farmers in the state own more than the permissible limit of land. Excess land must be redistributed among landless labourers and farmers,” he adds.

He recalls that last month chief minister Charanjit Singh Channi had issued an order seeking details of landowners possessing land in excess of the limit prescribed in the Land Ceiling Act.

“However hours later, Channi put this in abeyance after pressure from within his government against the move,” he adds.