Farmers have been forced to sell at prices as low as Re 1 per kg, but the Modi government’s focus remains on controlling a rise in prices. 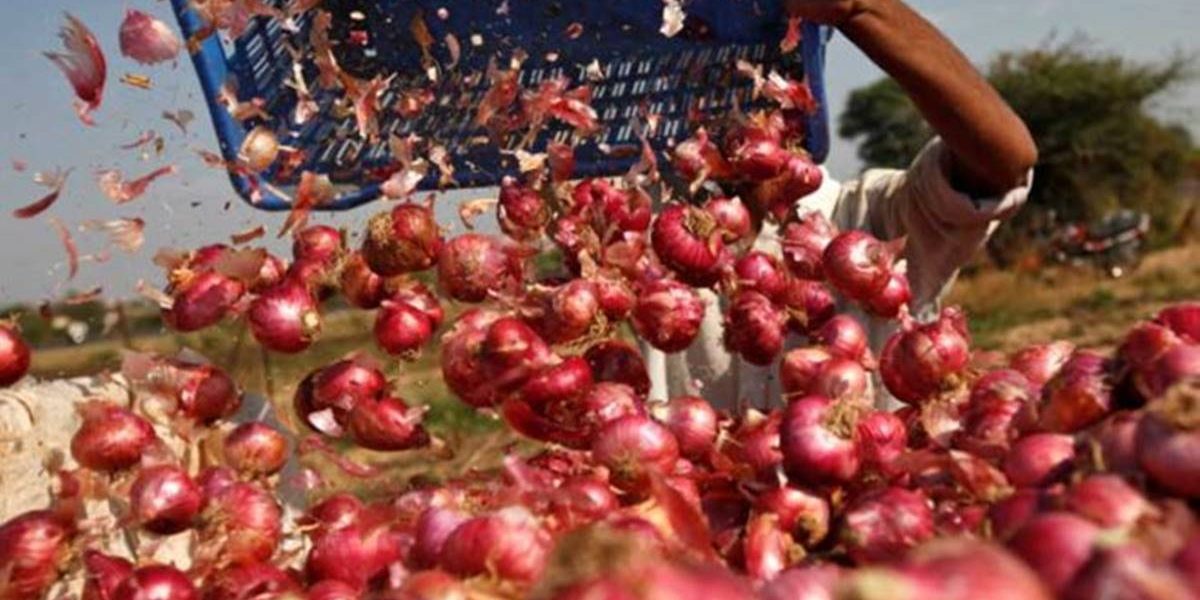 New Delhi: Last week, Sanjay Sathe, an onion farmer from Nasik district in Maharashtra, made headlines. He had donated Rs 1,064 to the Prime Minister’s Disaster Relief Fund – the amount he had earned after selling 750 kg of onions. It translated to less than Rs 1.5 per kg. The cost of producing onions is around Rs 6 per kg.

This was not a one off. Farmers in major onion-producing centres such as Nasik, Indore, Mandsaur, Neemuch and Bijapur have suffered due to a crash in prices.

According to a PTI report, prices in Madhya Pradesh’s Neemuch mandi slumped to as low as 50 paise per kg. Some farmers chose to take back their crop, others chose to dump it.

Like for all vegetables, the Centre does not announce a minimum support price for onions. It does not procure the crop.

According to data from the government-maintained price portal Agmarknet, prices in the Neemuch mandi began to crash around November 20. Prior to that, prices hovered around Rs 8 per kg, slightly more than the cost of production, but then crashed to as low as Rs 1.5 per kg.

Similar prices have prevailed in other prominent onion-producing centres in Madhya Pradesh. In Khandwa, prices crashed to Rs 2.5 per kg on December 5, while they were Rs 3 per kg in Indore.

Prices began crashing as the kharif crop of onions started arriving in the market, according to farmers in the region. “Twenty days ago, I sold 100 quintals at Rs 1,200 a quintal (Rs 12 per kg). Then, when I went to the mandi today, prices had crashed to Rs 200 per quintal,” said Mohan Pandey, a farmer from Mhow in Indore district.

Onion continues to retail at around Rs 20 per kg. “The trader makes all the profit. Farmers are at the mercy of the trader,” said Pandey.

Prices have also crashed in Karnataka’s Bijapur, which is another major onion-producing centre in the country. From a price of around Rs 15 per kg in mid-November, prices have now dropped to Rs 2 per kg.

In Lasalgaon mandi – which is the largest wholesale market of onions in the country – in Nasik, prices have crashed in the last month. On December 1, the modal price (the price at which most farmers sold their produce) of onions was Rs 2.8 per kg. The minimum price at which farmers sold their produce was Rs 1.5 per kg and the maximum price was Rs 5 per kg, well below the cost of production.

Siraj Hussain, visiting senior fellow at the think tank ICREAR and former agriculture secretary, is surprised at the crash in prices. “Usually this is the time when prices rise. It is quite surprising that prices have collapsed so much,” he said.

A significant dip came after November 2016 due to demonetisation, as one would expect. Thereafter, prices remained low for several months and rose only in the latter half of 2017. The trend is similar to what was observed during an earlier analysis of potato – a perishable crop like onions – prices in Uttar Pradesh. Demonetisation had a lingering impact on prices.

But onion prices began rising around October 2017 and reached a high of Rs 2,688 in December 2017. As Hussain said, prices were on the rise at this time last season.

The crash this season is even more surprising because the area under onion cultivation has not gone up that significantly.

Ajit Nawale, Maharashtra state general secretary of the All India Kisan Sabha, argues that farmers bear the brunt of market volatility in the absence of a proper supply management system and infrastructure. “Sometimes, traders will buy large quantities from farmers at low prices early in the season. But they won’t sell the entire quantity. They will wait for prices to rise,” he said.

Nawale also argued that small and marginal farmers have no choice but to accept whatever price is being offered. “When you have a small landholding, you need to sell your crop early in the season for your working capital needs. You go to the market and sell at whatever price the trader is offering. Traders can take advantage of that.”

According to Nawale, the notion that prices crash due to oversupply is a myth. “If you see, production is not that much higher than the demand. So, if the supply chain is managed properly, farmers can get a decent price for the crop. During the season, prices of onion also skyrocket. But traders, and not farmers, get the benefit of that rise.”

This season too, prices of onions skyrocketed in certain parts – even though they were not reflected in the average prices that were presented earlier in this article – causing the government to fret, as a rise in onion prices is historically known to be politically toxic.

Less than two months ago, in mid-October, the modal price of onions in the Lasalgaon mandi was as high as Rs 21 per kg, significantly more than the cost of production, and more than 200% higher than the prices that prevailed in the same mandi in November.

However, when it comes to addressing a fall in prices, the government’s reaction is much more sedate. The Centre is yet to announce any measures to deal with the current fall in prices and the measures that it had announced in the Budget this year in February are yet to be implemented.

“One of the key problems faced by farmers of perishables like onions, potatoes, tomatoes and garlic is the lack of storage facilities. If they can’t store their produce, they are at the mercy of traders,” said Nawale.

In the Budget this year, finance minister Arun Jaitely announced that the government will be addressing the problem of price volatility in the markets of onions, potatoes and tomatoes. It announced ‘Operation Green’ – an allocation of Rs 500 crore to compress supply chains, create storage infrastructure and facilitate food processing industries.

That was in February. Nine months later, in November, the government made another announcement. This time it had ‘approved the operationalisation strategy for Operation Green’. Its implementation, though, still remains distant.