Once Again, the Centre Has Excess Wheat, Rice Stocks. What Are Its Options?

Last year when the lockdown was imposed the excess stocks came in handy. But, this time around, a full-scale lockdown is unlikely, leaving the government with only four options, with each having pros and cons. 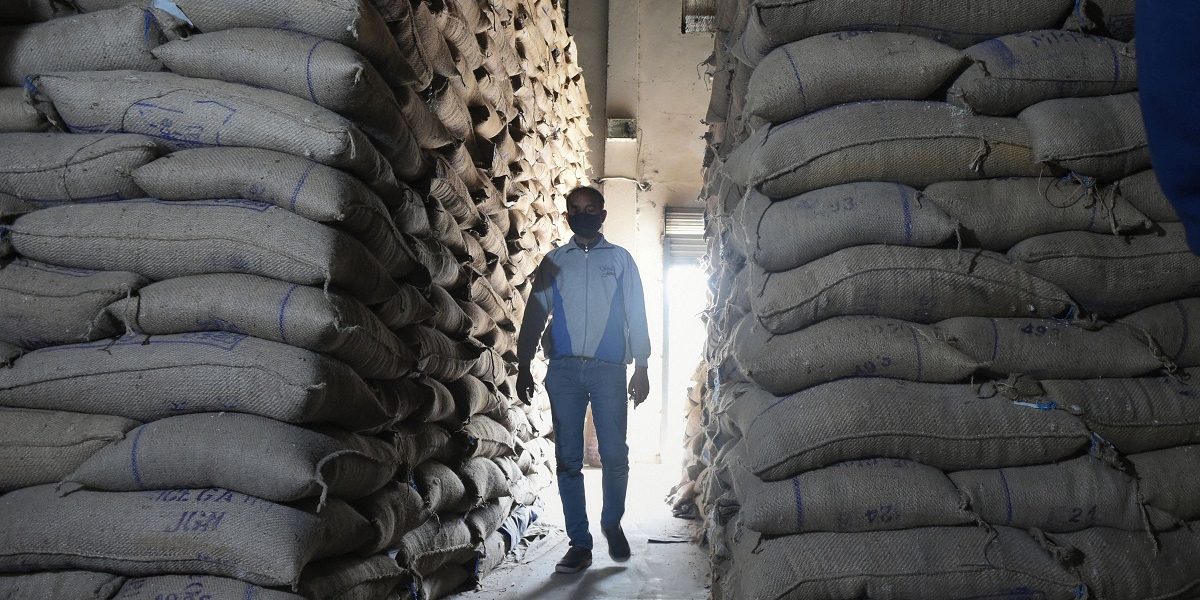 While the government is busy with assembly elections in Assam, Puducherry, Kerala, Tamil Nadu and West Bengal, India’s farmers have been waiting patiently on the borders of Delhi for the repeal of three farm laws.

In the meantime, the central pool stocks on April 1, 2021 have reached an all-time high level of 772.33 lakh tonnes. It will be a tough call for the government to manage the stock.

The table below shows the stock position on April 1 and the buffer norms for the same date:

Table 1 (All figures in lakh tonnes)

As the table shows, India is carrying 3.5 times more stocks than the buffer norms fixed in January 2015.

The spike in wheat stock is primarily due to the procurement of 129.42 lakh tonne of wheat in Madhya Pradesh in 2020-21, up from 67.25 lakh tonne in the previous year.

Rice procurement in the current kharif marketing season (October–September) is about 466.92 lakh tonne against 393.68 lakh tonne last year. This is primarily due to the higher procurement of rice in Bihar, Odisha, Punjab and Uttar Pradesh.

In the initial phase of farmers’ agitation on the borders of Delhi, several press releases were issued (between October and December 2020) by the government taking credit for the higher procurement of rice. The idea possibly was to reassure the farmers that despite the enactment of farm laws, the open-ended procurement of rice has continued.

Also read: Questions We Should Be Asking About Food Wastage in the Govt’s Procurement Process

The result is the all-time high stocks in the central pool. Last year on July 1, 2020, 143.56 lakh tonne wheat had to be stored in CAP, out of which 12.43 lakh tonne was in kutcha plinths. This year, the situation is only going to be worse.

In 2010-12, the government decided to offer a 10-year guarantee to attract private investment in warehousing for central pool stocks under the Private Entrepreneurs Guarantee (PEG) Scheme. Under the scheme, about 144 lakh tonne storage capacity had been constructed up to February 2021. But this is not going to be adequate as the peak stock assumed in 2010-12 was about 650 lakh tonnes while the stock level on July 1, 2021 may exceed 850 lakh tonnes.

Last year also, the central pool stocks were similarly high. At the time, the government used them for free distribution under Pradhan Mantri Garib Kalyan Anna Yojana (PMGKAY) and 299.09 lakh tonne of wheat and rice was distributed free to ration cardholders. However, the state governments could distribute only 6.41 lakh tonnes to migrants, against an allocation of 8 lakh tonnes.

Despite a sharp increase in Covid-19 cases this year, it is unlikely that the government will impose a complete lockdown of the kind which was clamped down last year to check the spread of SARS-CoV-2 virus.

For several years, the Central government had not paid the pending dues of food subsidy to the Food Corporation of India (FCI) and decentralised procurement (DCP) states. In the revised estimate of 2020-21, the government allocated Rs 3.44 lakh crore to FCI.

However, on March 31, 2021, the government released an additional food subsidy of Rs 1.18 lakh crore. In the process, all the arrears of FCI were cleared including the loans taken from National Small Savings Fund. As a result, the FCI has started the year 2021-22 on a clean slate.

So, in financial terms, the long-standing problem of pending dues of food subsidy to the FCI has been solved. However, it is not known if the entire outstanding amount of food subsidy due to the DCP states has also been fully paid.

In the last five years, the normal offtake under the public distribution system has ranged between 604 lakh tonnes and 659 lakh tonnes. If no additional allocations are made this year, the offtake is likely to remain in a similar range. In that situation, the government will continue to carry excessive stocks, much higher than its requirement under PDS (and National Food Security Act, 2013).

So, what are the options before the government?

The first option is to make additional allocations at the current central issue price of Rs 2 per kg for wheat and Rs 3 per kg for rice. It is going to be very expensive for the government as the economic cost of wheat and rice is Rs 29.93 per quintal and Rs 42.94 per quintal respectively. Unless the Covid-19 epidemic assumes alarming proportions, leading to a large impact on economic activity, the government may refrain from making any additional allocations.

The second option is to export the wheat and rice from government stocks. In May 2018, the US issued a communication in the World Trade Organization (WTO) under Article 18.7 of the Agreement on Agriculture. By assuming that India provides MSP support on the entire production of wheat and rice, the US concluded that India has exceeded the commitment made by India to limit the support to 10% of the value of production.

Also read: With No Clarity on Number of Migrant Workers, Food Grain Distribution in a Mess

India has rightly argued that this is a wrong method of calculating support to Indian farmers. In any case, the government will find it extremely difficult to extend the export subsidy to the central pool stock of wheat and rice. Notably, in the case of rice, it is agreed that the committed limit of support (called de minimis) was crossed in 2018-19. However, India invoked the “peace clause” agreed under Bali Ministerial Decision.

A third option could be the export of food grains to friendly countries as a gift. In past, India gifted wheat and rice to several neighbouring and African countries including Afghanistan and Bangladesh. The use of food grains for such strategic purposes will be expensive for the government, but it will be fully justified.

The fourth option and arguably the worst is to use central pool stocks of wheat and rice for the manufacture of ethanol. According to media reports, the government has given in-principle approval for 422 ethanol projects out of which 201 projects are for distilleries using grains while 141 projects can use both grains and molasses as feedstock.

Beyond economic logic, it also raises an ethical issue of using good quality food grains, issuable under PDS, for the manufacture of ethanol. If they are given at a subsidised rate, below the economic cost, it will be even more worrying.

Siraj Hussain, a Visiting Senior Fellow at ICRIER, is a former Union Agriculture Secretary. Jugal Mohapatra retired as Secretary Rural Development to the Government of India.