No Country For Pastoralists

As India steps into the 69th year of establishing itself as a Republic, the nomadic Van Gujjars and many forest-dependent communities across the country continue to struggle for forest rights. 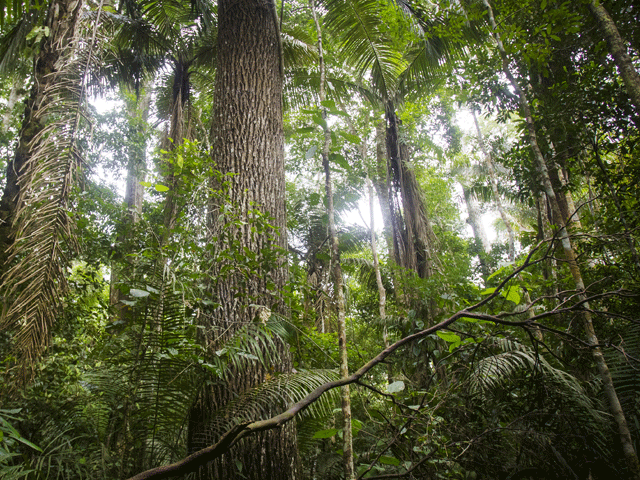 On a hot October morning last year, we sat listening to the strains of this Hindi film song describing love for the motherland on the public address system at the Pragatishil Sanskrutik Parvatiya Samiti in Ramnagar, Uttarakhand. We were there to attend a public hearing organised by Van Gujjars, a nomadic community, coming from villages in and around the Corbett Landscape, demanding that their rights over forests and as citizens of this country.

Organised by some Van Gujjar leaders along with Van Panchayat Sangharsh Morcha and the All India Union of Forest People, this Jan Sunwai was a result of the mobilisation of the otherwise peaceful Van Gujjar community from Ramnagar, Haldwani and Haridwar regions of Uttarakhand and neighbouring regions of Uttar Pradesh.

There were several testimonies, describing the atrocities, destruction of houses, crops and property, obstruction in accessing forest rights and physical violence, including against women. Among these was the testimony of Mohammed Shafi and his family, whose village we had visited a couple of years ago. In May 2015, several houses in the village, Tumadiya Khatta, were destroyed by the forest department, said people from the village, who relived that day. They described the plight of Shafi’s sister-in-law, who had given birth just a day earlier, and was dragged out of the house, before it was destroyed.

After the jan sunwai, we went back to the village to meet Shafi’s family. His mother, now over 90,  told us, “We are people of the forest and love our buffaloes. I know these lands so well…..all the way from Kashmir and Himachal, where I used to move with my father, and into Uttarakhand, where I was married. We didn’t know a settled life, were on the move all the time…. At the time of partition, we had no clue what was happening, we were up in the hills. When we started coming down as the winter had started setting in, our pahari sisters and brothers told us to stay put till things were calmer. They saved our lives and we will always be grateful to them. But things began to change after independence. Walking into the hills with our buffalos became more and more difficult. Many of us had to settle down. These khattas were set up by some dalit pahari sisters and brothers who came from the hills. We also settled alongside, started cultivating crops.  It has been a long time, over 50 years, that I have gone up the hills now. We are peace loving people, we don’t seek conflict.”

She said Shafi had always been such “good friends with the janglaat.”  “I still wonder what happened? They just came and broke down our houses one day. ….When we asked, ‘where would we go’, they told us to go to Pakistan. I kept wondering why, when my land, my history and my memories are here, why should they ask me to go anywhere else?”, said the old woman.

Her anguish summarises the plight of Van Gujjars in Uttarakhand and Uttar Pradesh today. For centuries, the forests, plains and highlands of the Himalayas are and have been home to generations of Van Gujjars. They keep herds of buffaloes and practice transhumance-seasonal migration in search of fodder, scaling the lofty Himalayan peaks in the summer and returning to the foothill terai villages in winter.

The upkeep of their herd is of prime importance to them, and their life revolves around their animals. In the past, most of them did not own land and a unique socio-cultural bond was forged between them and the various settled hill communities.

Like other nomadic and semi-nomadic pastoralist communities across India, Van Gujjars are today struggling to keep their traditional lifestyle and livelihood going. The roots of their struggle lie in colonial and the post-colonial takeover of common property, particularly forests, by the colonial British government and continuation of same laws, policies and practices by the subsequent governments in independent India.

Under these top down and exclusionary forest and conservation policies, the Van Gujjars and other pastoralists who traditionally didn’t own land but were dependent on forest resources began to be seen as ‘wild’, ‘wasteful’ ‘encroachers’ on forest land. A system of ‘control’ was adopted whereby migration times, routes, number of cattle head allowed per family, allocation of grazing areas all came to be restricted and regulated by the imperial forest department. These activities came to be viewed as ‘concessions’ allowed on forest land, not traditional livelihood rights, and were regulated through collection of fees.

Independence did not change the situation. The continuation of colonial laws and policies meant hardships and possibility of existence only after payment of bribes. This situation worsened when more areas began to be declared as “wildlife protection areas” without taking into account the people, excluding them from their grazing grounds, sometimes relocating them by providing minor compensations but most often simply by evicting them.

The traditional winter grazing grounds of the Van Gujjars of Uttarakhand and Uttar Pradesh now fall under the Corbett Tiger Reserve, Rajaji National Park and the Govind Pashu Vihar National Park. Coupled with this, central and state governments have concertedly and consistently tried to ‘settle’ them, thus restricting movement that is central to the Van Gujjar way of life.

Tumdiya Khatta in the Ram Nagar forests range of Nainital district, was settled around 1966, as per information given to us during our visit in 2015,. The Van Gujjar families along with other pahari families began to cultivate small parcels of land. Shafi’s father and grandfather came to these lowlands in winter, and were issued yearly receipts for grazing and lopping trees for fodder. Shafi recalled his years as a young man growing up in the forests, and taking his family herd of buffalo out for grazing.

However in May 2015, along with destroying some new illegal settlements area, the houses of the Van Gujjars in Tumadiya Khatta were razed to the ground. Crops that were almost ripe were destroyed.The department had issued notices to the illegal settlers but Van Gujjars say that no prior information or notice was given to them. In November 2016, boundary trenches were erected 10 meters inside the village, thereby reducing the actual area cultivated by the Van Gujjar families.

Two women, Zainab Begum (Mohammad Shafi’s wife) and Salma Begum were beaten up, reportedly by forest personal. Zainab Begum had to be hospitalised due to serious injuries. Apart from this, the only school in the village was demolished . What is shocking is that the local police lodged an FIR filed by the forest department, but did not register an FIR that people wanted to file against the department. Shafi’s family filed a case in the sessions court but because of not being able to afford a good lawyer, lost the case. This was followed by another attempt by the forest department to uproot the village in 2016, villagers said.

Following the May 2015 incident, the people from Tumdiya Khatta stopped  supply of grains, ghee and milk to the forest department. In the meantime, coincidentally, Ashraf Ali, Mohammad Shafi’s 23 year-old son, who has passed college, came across a copy of the Scheduled Tribes and Other Traditional Forest Dwellers (Recognition of Forest Rights) Act. He read out the provisions of the law to his father. The Act clearly stated that the rights of forest-dwelling communities have already been recognised and vested in these communities, that they cannot be evicted unless their rights are recorded under the provisions of the Act, and that they have the right to not only live and hold forest land for self-cultivation and occupation, but can also as a community claim rights over the forests that they use, and most importantly that pastoralist communities have rights over grazing grounds and access to forest resources.

The family realised that as per the Act they were rightful owners of the land and custodians of the surrounding forests. They subsequently contacted Tarun Joshi and Gopal Lodhiyal from the Van Panchayat Sangharsh Samiti, tried to understand the law and its applicability, and finally filed individual claims over forest land under cultivation and also community rights over the forest area.

Instead of being heard out, cases were immediately filed against Shafi and his family members, including his son and wife. The charges include, making fresh clearings on forest land, setting fire to forest land, trespass of cattle on forest land, altering or defacing boundary marks of the forest department under the Indian Forest Act, 1927 as well as rioting, deterring a public servant from carrying out his duty, assault or criminal force on a public servant, causing mischief, intentional insult with the intent to provoke breach of peace and criminal intimidation under the Indian Penal Code.

Fearing a similar fate as Shafi’s, most members of the Van Gujjar community chose not file claims, and continued to live under the forest department’s patronage. But, this did not last long. In December 2016, the Nanital high court of passed a judgement, pronouncing that Van Gujjars be evicted from around the Corbett Tiger Reserve within a year. The court went against its own stand in a judgment passed in February 2007 that specifically stated that Van Gujjar evictions cannot take place without recognition and vesting of rights under the Forest Rights Act.

Subsequently, Van Gujjar villages, including those established during settlements carried out immediately after independence, began receiving eviction notices from the forest department. Some families around Rajaji and Corbett said they were forcefully evicted and their houses razed. Shafi, borrowed a loan of nearly Rs 50,000 and petitioned against the court order in the Supreme Court. The apex court ordered a stay on the HC order. The Jan Sunvai held in October by the Van Gujjars had been organised to assert this, and rally themselves around to ensure a secure future for themselves and their forest-based lives and livelihoods – an assertion of their collective power.

However, the question whether the Van Gujjars are citizens of an independent country that promises them the same securities as any other citizens still remains. Despite a central law promising them recognition of their rights, they still have no electricity and no voting rights. The villages are still counted as forest villages and do not have revenue village status. The cases filed against them are preventing people like Ashraf from applying for a government job.

As India steps into the 69th year of establishing itself as a Republic, the struggle of the Van Gujjars, like that of many forest-dependent communities across the country, is a reminder the constitution and the rights and responsibilities that it enshrines on the citizens of this republic, are yet to reach these people.