With little option to make a profit now, farmers in Bihar are loathe to agree with their CM's statement, "The system which will come into force after new farm bills has been working in Bihar since 2006." 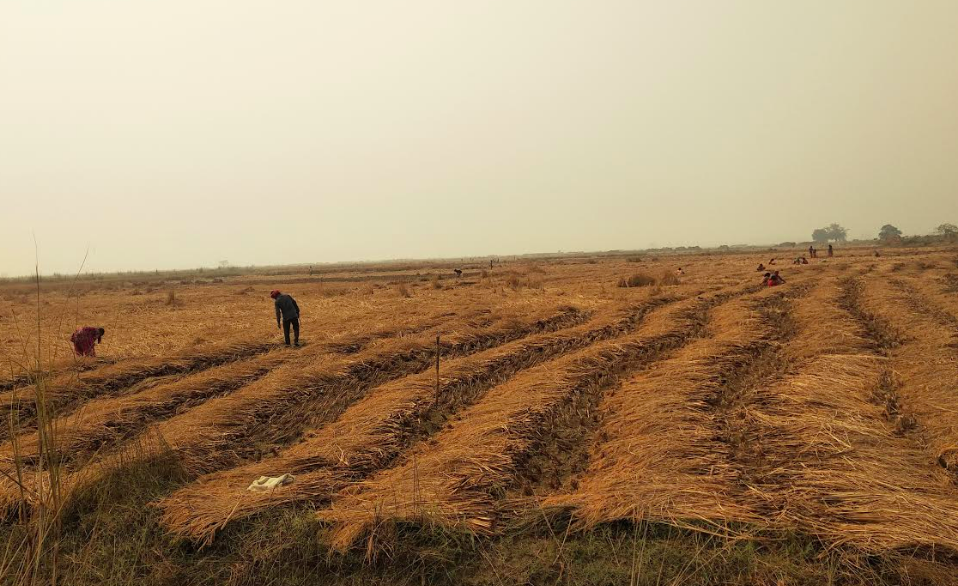 Patna: Reacting to the ongoing protests by farmers near New Delhi, Bihar Chief Minister Nitish Kumar, on November 30, said that farmers would not face any problems in selling crops after the implementation of the new farm bills introduced by the Modi government.

He said, “The system which will come into force after new farm bills has been working in Bihar since 2006. Bihar farmers are not facing any problem with this system.”

The reality is in contrast. A majority of farmers are left at the mercy of middlemen and local traders who rarely offer them a profit, let alone buy their crops at the minimum support price (MSP)

Ashok Kumar, a 50-year-old farmer from Khapura village in Paliganj block, about 50 km from Patna, owns four acres of cultivable land. He mainly grows paddy and has rarely sold it on MSP.

“Paddy on MSP is sold only through Primary Agricultural Co-operative Societies or PACS. But there are many problems in selling paddy through PACS. The procurement process does not start on time and even if it starts, we are paid only after 3-4 months,” he told The Wire.

Much of farming, thus, is done with loans. 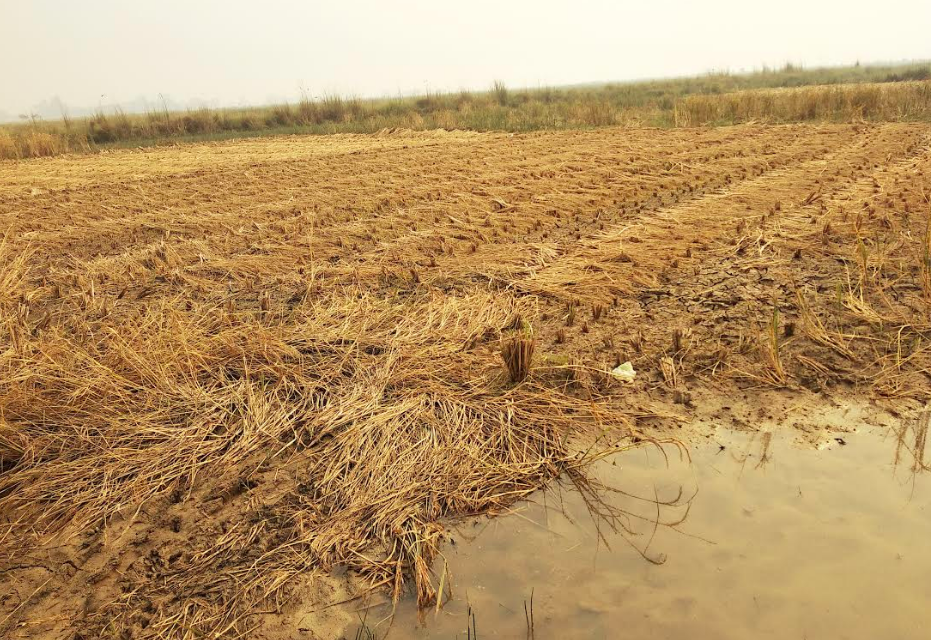 “After the crop is ready, we have to sell it immediately and repay the loan, so that we can arrange for capital for the next season. If we wait for PACS, the interest of loan will keep increasing and it will difficult to secure loans for the next season. That is why we are forced to sell to local traders at low prices,” he said.

Ashok said, “In addition to the commission and grains, we also have to provide for our own gunny sacks. If all these expenses are added, then it is a better deal to sell grains to a trader because he neither takes a commission nor asks for extra paddy. On the contrary, traders come home, buy, and pay immediately.”

However, local traders buy paddy by paying nearly Rs 300-400 less than the MSP to farmers.

Also read: Farmers’ Stir: Nitish’s Decision to End APMC Act Has Come Back to Bite Him

Impact of abolishing the APMC Act

Before 2006, the Agricultural Produce Market Committee (APMC) Act was in force in Bihar. Under this act, grain was sold only in fixed mandis. This system gave farmers comparatively better prices. On September 1, 2006, the Nitish government abolished the act by bringing the Bihar Agriculture Produce Market (Repealing) Act, 2006. 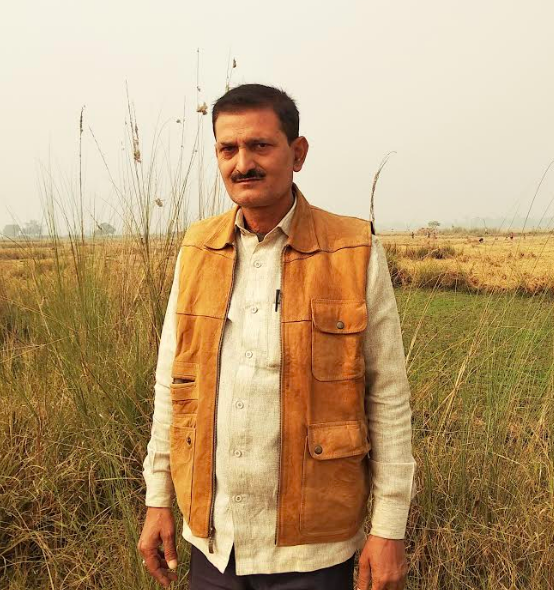 At that time, the government had argued that this would allow big investors to come to Bihar and open food processing units, where food grains would be needed. This will benefit the farmers, it had said.

Ashok Kumar has a different story to tell. “When the APMC Act was in force, we used to load grains in the cart and take it to Bihta mandi, about 25 kilometres away. Grains were sold there and we would get good prices. If the grain was not sold on the same day, we would leave it in the market. There was no risk. Now, there are only losses,” he said.

Paddy procurement should have started from November 15 this year, but it has not yet begun, except in 4-5 districts. Officials of Bihar Co-operative Department said that the procurement process will start in other districts soon.

The state co-operative department has this year set a target of procuring 30 lakh metric tonne of paddy from farmers at the MSP of Rs 1,868 per quintal.

Last year too, the government had set the exact same target.

According to state co-operative department officials, the joint order on paddy procurement, issued by the cooperative and the food and consumer protection departments, was released on Monday.

Vinod Kumar, a 68-year-old farmer from Paliganj, owns 15 bighas of cultivable land. He sells paddy in PACS, but recognises that there is some ‘influence’ required to just be able to sell in PACS. “There are many farmers in my village who are unable to sell paddy through PACs. They are forced to sell to traders,” he said. 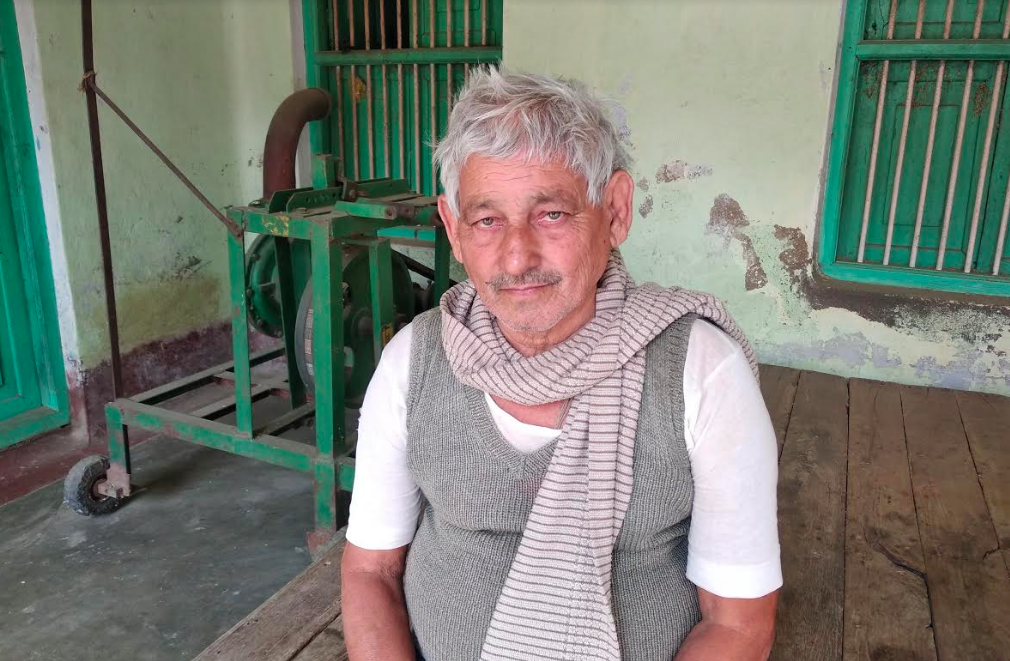 Vinod is supportive of the protesting farmers. “An MSP guarantee, which the farmers are protesting for, is the need in a system which ends up leaving farmers in a fix every time. We also want the government to ensure that even if we sell food grains outside the PACS and vyaparmandals, our grain will not be sold at a price less than the MSP,” he said.

In order to sell grains in PACS and vyaparmandals in Bihar, farmers have to first get themselves registered with the state co-operative department.

This data of farmers’ registrations shows that procurement of food grains at MSP in Bihar is very less.

There are 104.32 lakhs land holdings in Bihar. According to the co-operative department website, in 2019, only 4,09,368 farmers had registered themselves for paddy procurement. This year, only 1,14,284 farmers applied for procurement till December 4, 2020.

Challenges in selling to traders and aadhatiyas

PACs and vyaparmandals mandate procurement of paddy on MSP, but the government has no control over pricing in open markets. So, traders often buy grain from farmers at the lowest price because farmers have no other option but to sell as soon as possible to get instant money.

This is the only benefit farmers get from traders and aadhatiyas. But due to lower price, farmers hardly profit from selling the grains. Many times they have to settle at production cost.

Ajay Sharma, a farmer from Paliganj, has grown 50 quintals of lentils this year. Last year, he sold lentils at the rate of Rs 5,500 a quintal in the open market. But, this year, the price has come down to Rs 4,500. 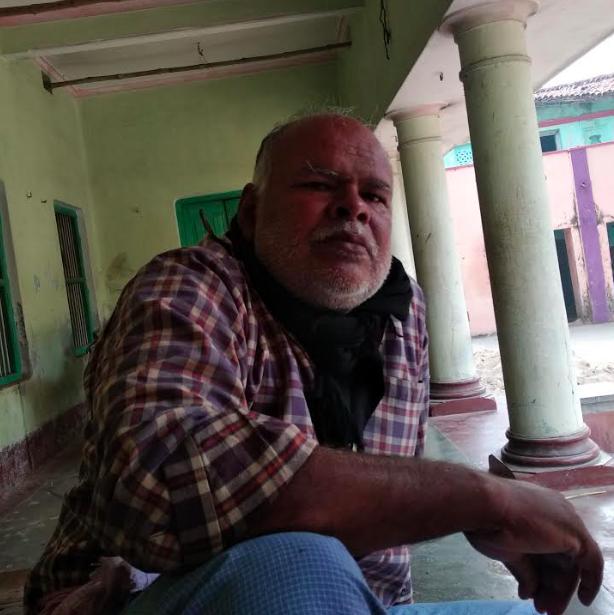 “There is no way we can keep lentils in our houses for a long time. The second thing is that pulses have to be taken care of regularly. If insects attack, the whole crop will be spoiled. But right now lentils are being sold at Rs 1000 less than last year, so if I chose to sell it now, my production cost will not be recovered,” Sharma told The Wire.

He too called for an MSP guarantee.

Arvind Kumar is a farmer from Baniya village in Muzaffarpur district who has had to store 80 quintals of wheat in the house.

“My daughter was going to get married. When I spoke to the middleman, the price of wheat in the market was Rs 1,800 per quintal. The middleman was about to buy wheat when the price started falling. I felt that the price would go up in a day or two, then I would sell, but it turned upside down. The prices started falling continuously. The crop was getting spoiled in the house, so I have sold all the wheat at the rate of Rs 1,450 rupees per quintal,” Arvind said.

PACS have their own complaints. Requesting anonymity, a PACS president in rural Patna told The Wire, “We are not paid full money at the beginning to procure grains. We are paid one part at the beginning but that too in the form of a loan. After we convert the paddy into rice and give it to the government, the government pays us. This process takes time and until we get money from the government, the interest on loans keeps rising. This is the main reason we often procure less than the target.”

Many PACS are yet to get money due from the government.

Anindo Banerjee, director of the internal program initiative of Praxis Institute of Participatory Practices said the market in Bihar was not allowed in flourish in such a way that the bargaining power of farmers could increase.

He added, “The APMC was a good system, which had to be improved further, but it was abolished by the government. There was powerful lobbying by those who wanted farmers to sell grains in the open market.”

The aim of PACS was also to form a farmers’ organisation at a basic level so that the bargaining power of the farmers could increase, but this could not be done, said Banerjee, who also advised for a guarantee of MSP.

Note: A previous version of the piece carried the information that local traders buy paddy from farmers at prices that were Rs 3,000-4,000 lesser than the MSP. The price is Rs 300-400 lesser. The error is regretted.