Unless the state government has a system to ensure that landowners sign tenancy agreements, the new Act may not bring in any noteworthy changes. 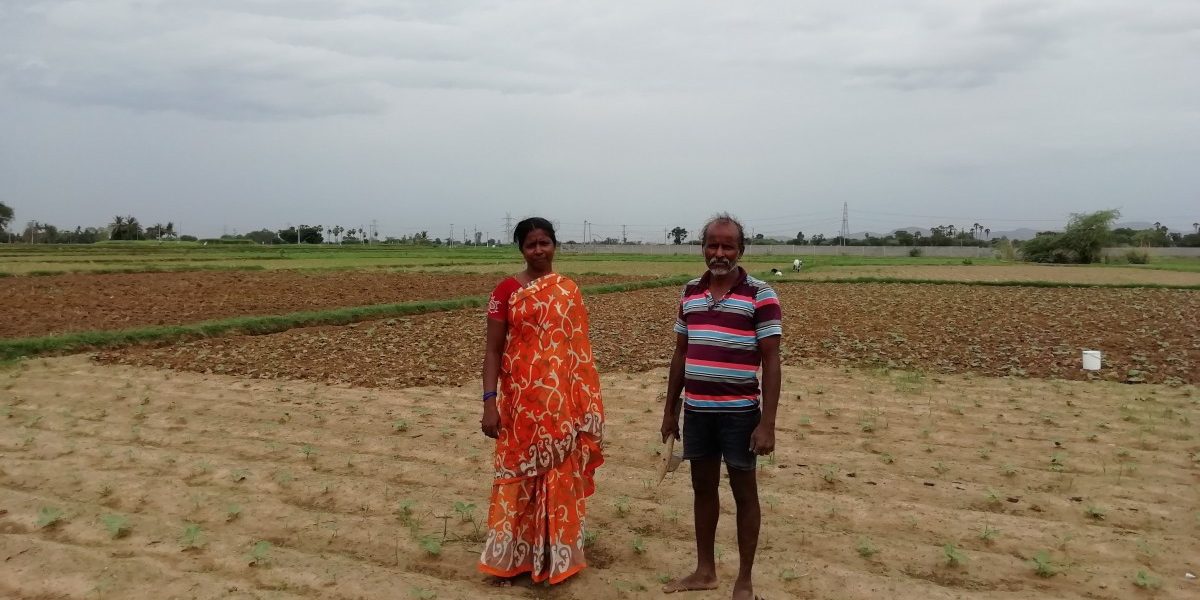 M. Subbarami Reddy, a tenant farmer from Durgaperi village of Yerpedu mandal, feels that while his blood relatives will agree to a written agreement, the other landowners will not be willing to forgo benefits by signing official tenancy documents. Photo: G. Ram Mohan

The promises made to farmers by the YSRCP in the run up to the polls had elicited great hope and enthusiasm, especially against the backdrop of rampant farmer suicides in the state.

The new Act promises several measures that will protect tenant farmers, and is being hailed as revolutionary. “The Bill provides confidence among landowners about their title over the lands and at the same time has provisions for the tenant farmers to get bank loans, input and other subsidies, and the Crop Cultivator Rights Card will not affect the title of the landowner,” a press note from the chief minister’s office stated.

Agriculture activists, however, suspect the new Act may actually reverse the positive aspects of the AP Tenancy Act, 1956 and the AP Land Licensed Cultivators Act, 2011. These Acts now stand cancelled. They also said that farmers were not consulted at all before the state government passed the new Act.

During the previous Telugu Desam Party government, most farmers felt let down. Although it had promised that farmers’ loans worth Rs 87,000 crore would be waived off, it hardly wrote off debts worth Rs 27,000 crore.  This was considered one of the primary reasons why the YSRCP could pull off a remarkable victory.

Around 1,513 farmers in the state ended their lives between 2014 and 2018, as per the District Crime Records Bureau. A majority of them were tenant farmers. Only 391 families received compensation during the last government.

The new law comes at a time when the YSRCP government has announced immediate reparations to the remaining agrarian families who lost an earning member.

In this context, the new law is progressive to the extent that it promises that all the benefits previously enjoyed by the landowner will now also accrue to the tenant. However, in the absence of a formal contract between the tenant and the owner in most places, farmers are unsure of whether the government can make the law work properly.

The law doesn’t say anything about how a tenant farmer will be identified and given loans. There are around 15 lakh tenant farmers, according to official estimates, out of which a little more than five lakh were issued tenancy cards by the TDP government. Most belong to the Dalit, Adivasi and OBC communities, and rely almost entirely on agriculture for livelihood. 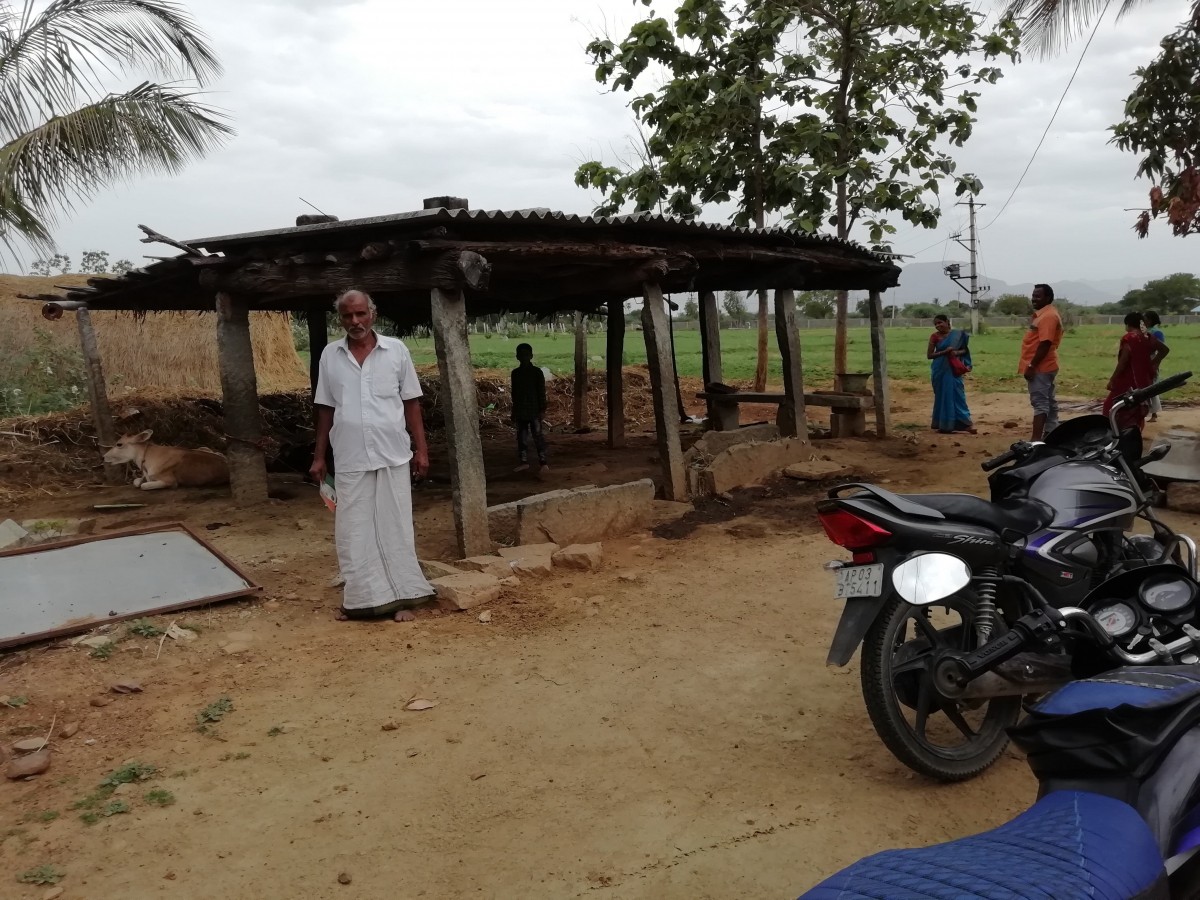 M. Balakrishna Reddy, a tenant farmer tills the land he himself sold, says he won’t be able to get a written agreement from his owner. He hails from the Durgaperi village of Yerpedu mandal, Chittoor district in AP. Photo: G. Ram Mohan

The government has still not made it clear how the rest of the tenant farmers will be accommodated under the new law. The banks too have not been mandated to provide loans in the Act until now.

The period of agreement between the tenant and owner time has been reduced to 11 months, with the latter getting the freedom to annul it on a short notice. This tilts the scales in favour of landowners. Long-term crops like turmeric, banana and sugarcane take time to yield results and profits. This would work against tenant farmers and also reduce the incentive for a tenant farmer to invest in the fertility of the land.

“Most landowners no longer reside in villages and have  shifted to cities and nearby towns. Yet, they have been availing of interest-free loans, input subsidies, crop insurance and other benefits from the agricultural department. The new law should take this into account,” said B. Kondal Reddy, secretary of the Rythu Swarajya Vedika (an NGO working on the agrarian  issues in Telangana and Andra Pradesh).

“The old tenancy Act had fixed and restricted the tenancy amount, but the present law steers clear of this. The 1956 law allowed tenancy to be given up to six years, while the present law restricts it to 11 months,” added Kanneganti Ravi, convenor, Rythu Swarjya Vedika.

But P. Subhash Chandra Bose, deputy chief minister and revenue minister in the Andhra Pradesh cabinet, disagrees. “We are expecting a positive result after the enactment of the new Act. Did the tenancy Act of 1956 benefit people in any way? As this law reassures the landowners to a certain extent, we expect a better relationship between them and their tenants.”

The old cards issued during the TDP regime stand cancelled as the tenancy Act has been cancelled, he added.

The 1956 Act gave tenants the first right to purchase the land she tilled. It further gave full ownership rights over the land to the tenant if she tills the land for a period of 12 years. However, the law was subverted by many landowners by not getting a formal contract drawn up.

Given the growing number of tenant farmers, the Koneru Ranga Rao committee recommended the 2011 Act to address this malady.

The 2011 Act did away with the necessity for any agreement. The tenants were selected in the gram sabha held by revenue officials in the village. These tenants could then avail all benefits like crop loans, input subsidies from the government, insurance for crop loss and others, with a tenancy card issued to them. The Act largely failed due to the government’s apathy. 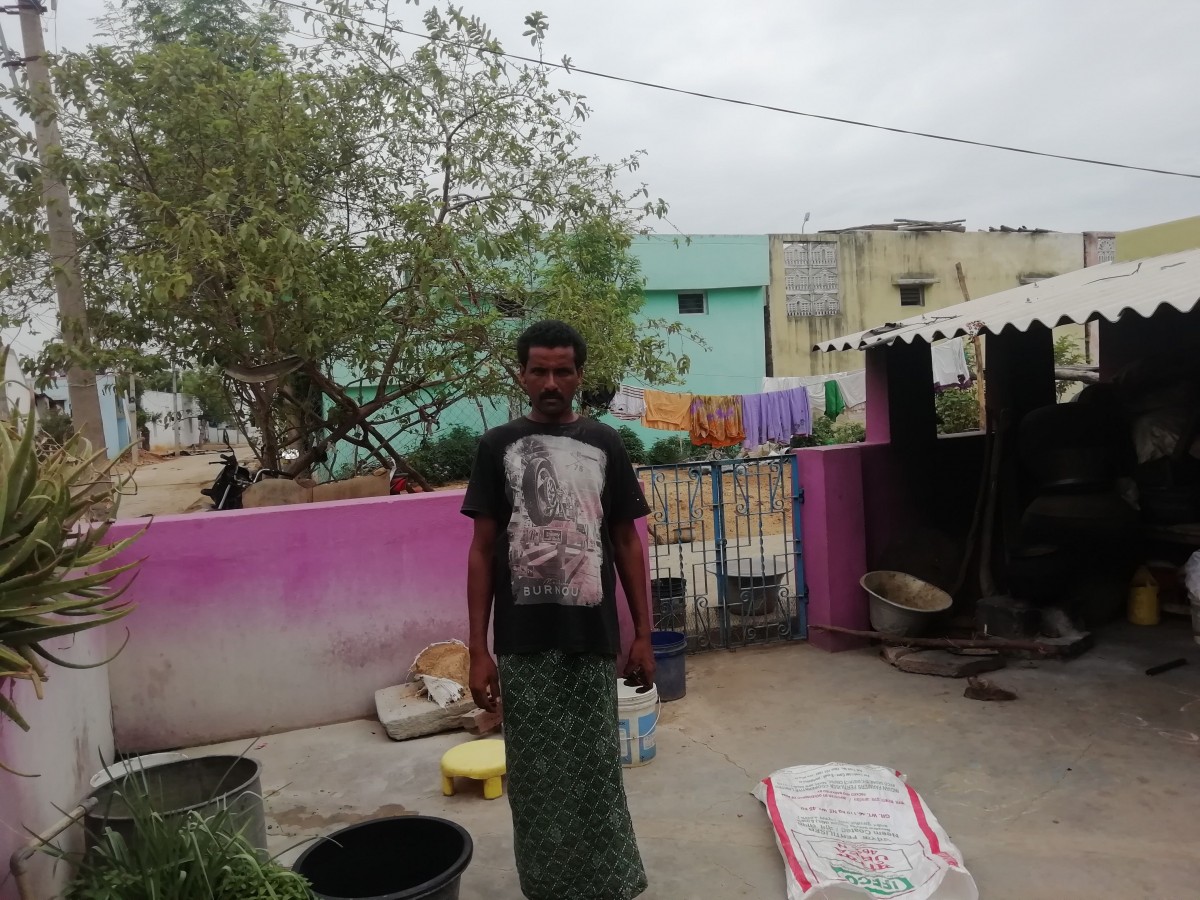 C. Muni Krishna, a tenant farmer from Nacchaneri village of Yerpedu mandal, has no tenancy card as per the 2011 Act. He is sure his landowner will not be open to a written agreement with him.

Speaking to a cross section of farmers in the rural areas of Andhra Pradesh’s Chittoor district, The Wire found that fears expressed by activists may not be unfounded.

K. Anna Reddy, a landowner in the Sodam mandal, told The Wire, “Nobody will be willing to have a written contract. I would not like to create any record in favour of the tenant. This could only happen in cases where there is complete trust between persons.”

Reinforcing this opinion, M. Balakrishna Reddy, a tenant farmer Yerpedu, said, “I till the land that I sold to the current owner a few years ago. But I do not have a tenancy contract with him now. The 2011 Act protected us, but not anymore.”

C. Muni Krishna, a tenant farmer from Nachhaneri in Yerpedu mandal, says his land owner, a businessman in Tirupati, will not give anything in writing.

Unless the state government has a system to ensure that landowners sign tenancy agreements, the new Act may not bring in any noteworthy changes in the state’s agricultural relations of the state.