Centre Procures Less Than 1% of Apples Produced in Kashmir

The government has procured only 7,940 metric tonnes of apples from the Kashmir valley in the 2019-20 season through NAFED, in what was a widely criticised move. 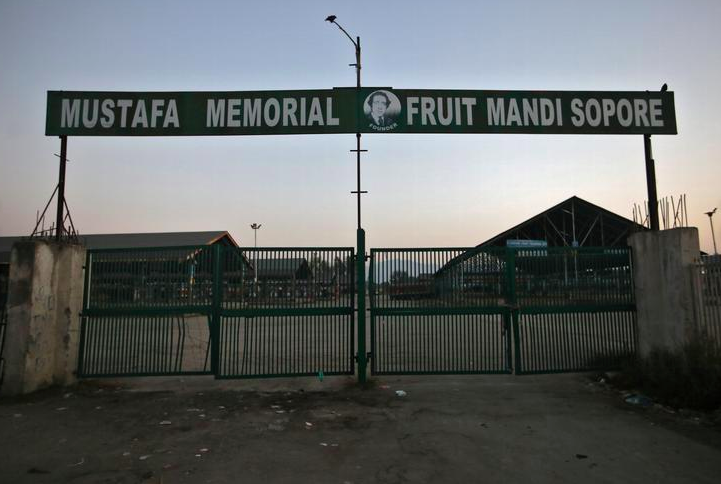 New Delhi: The government has procured only 7,940 metric tonnes of apples from the Kashmir valley in the 2019-20 season, according to its response to a question in the Lok Sabha on Tuesday.

In September as the apple harvest in the valley began, reports emerged of difficulties faced by apple growers in selling their produce owing to the communications blockade and transport restrictions that the Centre had imposed after the August 5 decision to read down Article 370 and bifurcate the state into two Union Territories.

In response, the Centre announced that it will procure apples from growers through the National Agricultural Cooperative Marketing Federation of India Ltd (NAFED). At the time, it estimated that it will be procuring 13 lakh metric tonnes of apples from the valley. The amounts would be transferred directly into the bank accounts of growers, the government said.

But, now the government’s response in the Lok Sabha makes it clear that its efforts have failed as it has procured less than 1% of its own target and even less of a percentage of the total apple production of the valley.

“It’s a big failure. The scheme was a joke from the beginning. And now the season is over,” said social scientist and political Yogendra Yadav. 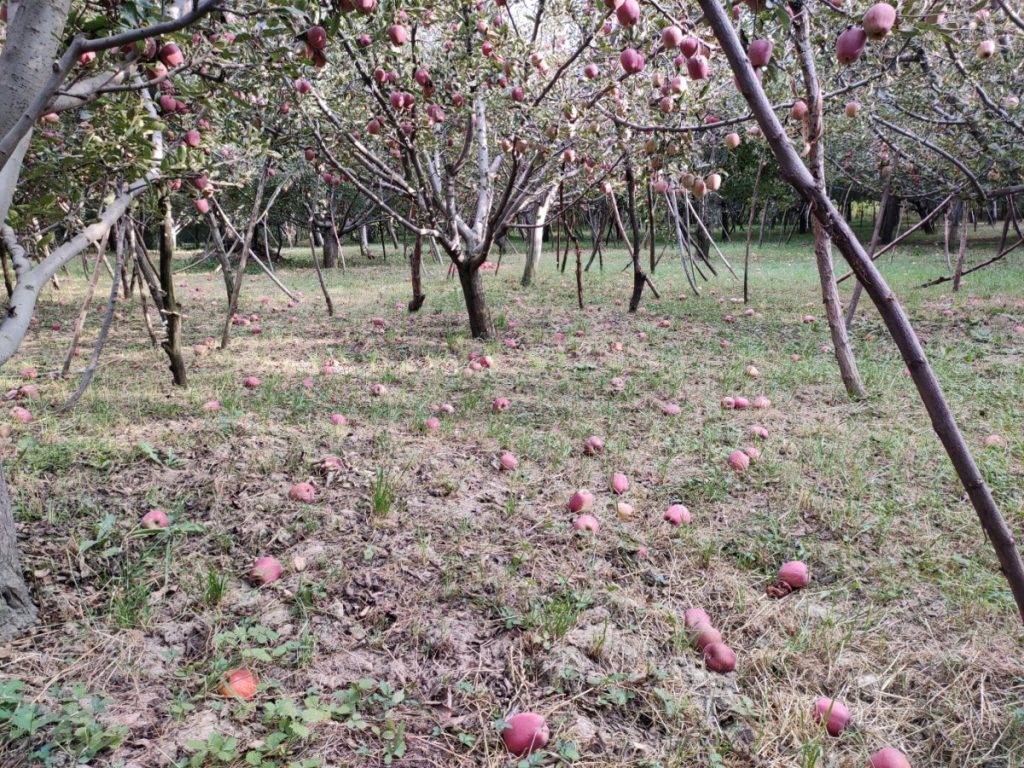 An orchard where half of the apple produce has fallen but the grower is yet to pick it up. Photo: Raashid Hassan

Recently, Yadav was part of a seven-member delegation which went to the valley on a three-day visit to assess the losses suffered by farmers due to unseasonal snowfall and the severe security clampdown in force since August 5.

Yadav and his team had also noted that NAFED has been able to procure less than 1% of the apple production in the valley. The delegation pinned the blame on NAFED’s ‘lack of experience and infrastructure’.

Soon after the government’s announcement in September that it will procure apples from the valley, Siraj Hussain, writing for The Wire, pointed out that the going was not going to be easy. He said that NAFED will find itself ‘logistically stretched’.

“Setting up procurement centres, grading and packaging the apples, finding labour in Kashmir valley for loading, arranging trucks for transportation to mandis across India and selling them through auctions in opaque mandis is going to be extremely challenging,” Hussain wrote.

Former finance minister of Jammu and Kashmir Haseeb Drabu is not surprised that the government’s efforts have failed.

“The season is over. Of course, the ill-conceived initiative has failed as expected,” he told The Wire.

“You cannot replace a business network built over decades with a government agency which is disinterested and is doing it by diktat! NAFED has no understanding or network or reach to procure apples from growers. On their part, at this point of time, the growers will not engage with a government agency for obvious reasons. Also, why will they sell to NAFED who they are not even sure will be there in future to buy their produce?” he asked.

Apple trade is key to J&K’s economy, with an annual turnover pegged at Rs 8,000 crore. As many as 33 lakh families are estimated to be dependent on the fruit’s trade.

Now, due to the extraordinary curbs imposed by the Centre after its August 5 decision, the apple economy of J&K is in peril.

Yadav’s seven-member delegation is of the view, based on conversation with growers and trade organisations, that the total loss suffered in the valley could be in excess of Rs 7,000 crore.