In Karnataka's Traditional Buffalo Race, Caste is Never Far Behind

Demands are growing in coastal Karnataka for the revival of kambala, the buffalo race which has feudalism stamped all over. 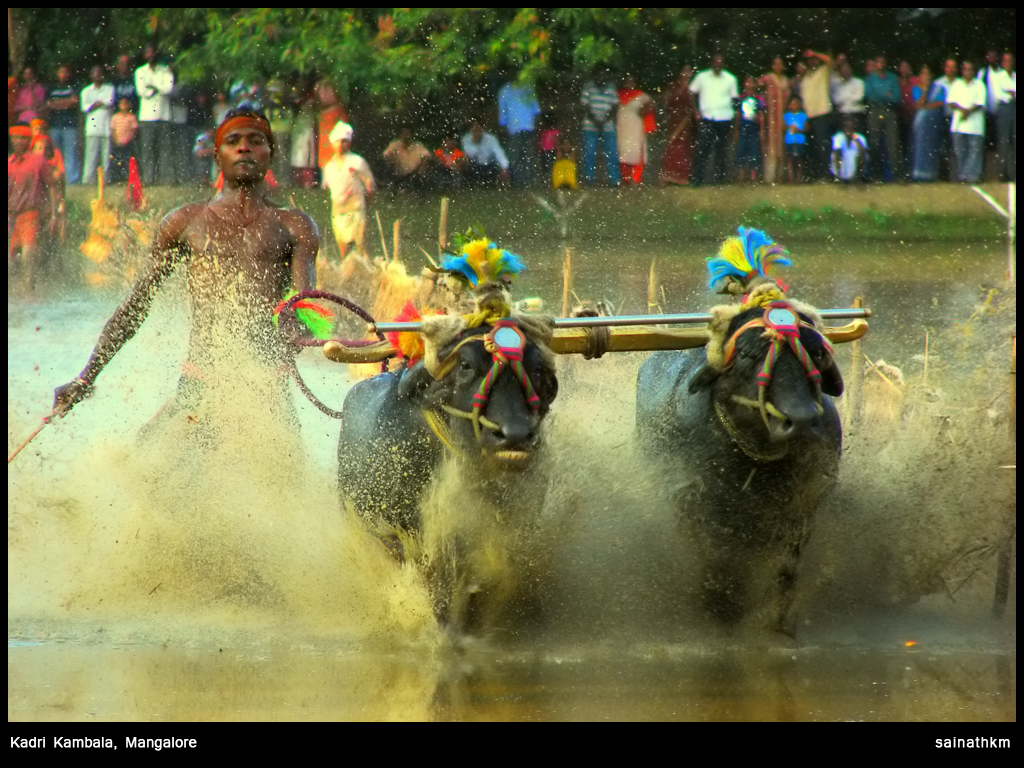 In the wake of the Tamil Nadu government’s move to first bring an ordinance allowing jallikattu and then pass a law, a social media campaign to revive kambala – the traditional buffalo race held in the costal districts of Karnataka – has begun. There is an attempt to project kambala as integral to the cultural identity of the Tulu population – the inhabitants of coastal Karnataka, especially in the Udupi and Dakshina Kannada districts. The movement in favour of kambala, which is primarily a feudal relic, is seen by many people and scholars as a conspiracy to perpetuate the discriminatory caste-based social order and strengthen the cultural hegemony of the dominant sections in the area. Critics have also expressed shock over the attempts to portray kambala  – which primarily upholds the dominance of one particular caste while institutionalising the subordinate status of the lower castes in the Tulu belt – as part of the cultural identity of the masses.

Kambala racing was evolved as a tradition to establish the supremacy of the Bunt caste and to provide it cultural legitimacy over the plebeians. Initially, kambala he-buffalos were owned only by the Bunts. These animals were not used for tilling and other agricultural operations. These well fed, hefty buffalos were the epitome of power and pride for the Bunts. Kambala races used to be organised as a statement of their martial supremacy. It also amplified their feudal power over the poor, tenant and the lower caste farmers. Kambala was also used to exert control over the resources and production of these ‘lesser’ communities. Tenant farmers were required to supply fodder for the kambala buffalos. Dalits and other lower caste farmers were entrusted with the work of looking after these bovines. Kambala was thus used as a medium to control the labour and resources of the lower caste farmers.

In its origin and practice, kambala is inextricably bound up with caste hierarchy and prejudice. Till recently, many inhumane practices like untouchability and the ‘Ajalu’ system used to be practised during kambala races. Since it was a prestigious sport among the social elites of several neighbouring villages, there was always the danger that the paddy fields filled with mud – used as kambala tracks – would be destroyed by opponents. That is why the people belonging to the Koraga community, a local tribe, were made to guard the fields during the night hours. This practice was known as pani kullunu. Further, the Koragas were also required to run on the fields of the kambala before the start of the actual race to ensure that there were no broken glass pieces, thorns, stones etc. on the tracks so that the bulls did not get hurt during the race. Though there have been some modifications in the form of kambala, it is still at its core a game of feudal dimensions.

If we look at the social profile of the organisers of kambala across coastal Karnataka, we will see understand feudal and the casteist nature of this sport. In Dakshina Kannada district, kambala races are organised in places like Baradi Beedu (near Karkala), Yeedu (Karkala), Miyaru (near Karkala), Aikala Bava (between Moodabidre and Mulki), Bangadi (Belathangadi), Hokkadi Goli (Bantwala), Pajiru (Bantwala), Pilikula (near Mangalore), Jappinamogaru (near Mangalore), Talapady Panjala (near Mangalore), Katapadi (Udupi), Adve, Nandikooru, Moodabidre, Mulki, Venuru, Uppinangady, Puttur and Thonse. In all these Kambala racing events, it is either the Bunts or the Jains are the organisers. But the person who runs along the buffalos and drives them, the caretakers of those buffalos and the other volunteers, generally belong to the Billava and other lower castes.

Kambala racing cannot today be considered something integral to the culture of a region riven by caste distinctions. All efforts to save and rejuvenate the sport will result in institutionalising caste-based prejudices and hierarchies.