Legislative action that primarily looks at cattle mobility as ‘acts of smuggling cattle out of state for slaughter' is deeply misguided and betrays a misunderstanding of how India's cattle have been bought and sold since the British Raj. 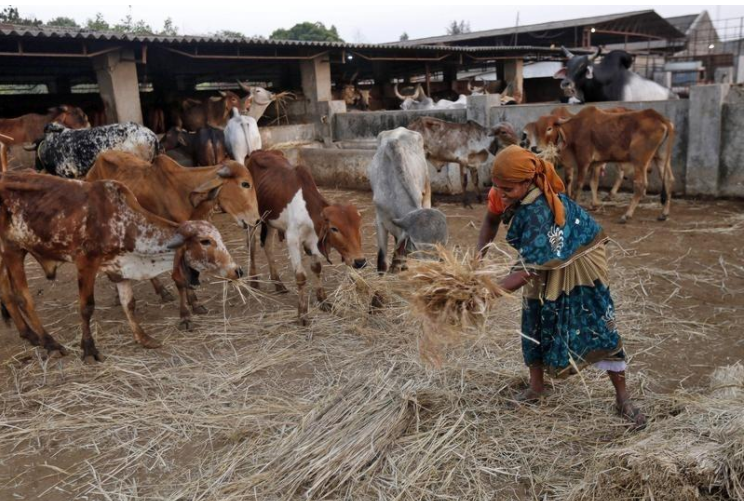 Like many poorly drafted laws, the recently notified Livestock Markets (Regulation) Rules is so pre-occupied with its self-righteousness that it fails to realise the harm that it would cause. If the colonial era’s Livestock Improvement Act of 1933 pronounced a death-knell for native cattle breeders, these rules, in a similar fashion, aim to eject India’s cattle traders from the livestock market in a single stroke.

The Livestock Improvement Act (1933) made cattle breeding a highly centralised, formalised, authorised and technologised affair. Despite evidence of the mutually symbiotic relation between settled cultivators and nomadic cattle breeder, those who drafted this legislation in the Bombay presidency sought to marginalise the nomadic cattle breeder. The act paved the way for bringing in a policy of licensed bulls and criminalised the practice of cattle breeding by native breeders who could not negotiate newly emerging bureaucracy with necessary paperwork. The act granted overarching powers to colonial officers from the veterinary stream to enter the cattle-shed in order to inspect the licensed bulls and take note of their condition. The act also had a provision that if a veterinary officer noticed a deterioration in the condition of the licensed bull, he could initiate the proceedings to cancel the licence.

India’s cattle rearing traditions and economy are marked by mobility and exchanges. To imagine that transactions at livestock markets must happen between two land holding agriculturists, as the recent rules do, is to expose to the world how little our self-appointed animal welfare enthusiasts understand about our past.

“Over the years, (livestock markets) has become a vicious violent area. For one thing, it is no longer on government land but on the land rented out by private people. It is no longer for farmers. There are no trees, no water troughs. Animal are often dragged there and kept tied for hours in the sun. It is controlled by a mafia of sellers and buyers and patrolled informally by police people who take a hafta in the trade. Everyone sports knives and guns…These “farmer markets” are now simply butcher markets. The law says only kisan can buy or sell. Not a single kisan will be found near these hell holes.”

Any researcher who has engaged with India’s bovine (i.e. cattle and buffalo) economy with some seriousness would have heard the oft-repeated factoid: “ownership of livestock in India shows more egalitarian distribution compared to ownership of land”.

However, given that the recent rules compel “animal market committee to verify that the purchaser is an agriculturist by seeing the relevant revenue documents”, there is now a possibility that a large number of cattle traders who have engaged in the occupation at livestock markets for generations will be forced to exit.

Policymaking regarding our cattle must not be handed over exclusively to a handful of self-appointed animal welfare enthusiasts, who paint a romantic picture of livestock markets in years immediately after Independence and reduce them to grim hellholes in recent times by exaggerating the slaughter threat that faces India’s cows. A serious academic engagement with history tells us that the cattle rearing tradition in India involved transactions that were not always between adjacent villages, but at times involved mobility across districts and state borders.

Outlining the contours of nomadic cattle breeders’ mobility, F.S.H. Bradley in his book The Indigenous Breed of Cattle in Rajputana (1911) states:

“There is no doubt that Rajputana is an excellent cattle breeding country. It is sandy and water is scarce, which necessitates cultivation being at a minimum, this leaves huge tracts of country on which, although herbage is sparse and the feed somewhat scanty, the grazing quality is excellent. To the ordinary observer passing through the country, it would appear from its desert-like aspect that rearing cattle would be an impossibility, but if enquiry be made and the cattle in and around the villages be examined, it will be noticed that they are in good condition.”

Bradley showed in his book how the nomadic cattle breeders from Rajputana travelled with their cattle to areas such as West Punjab, Gujarat and the Malwa region to supply plough and cart bullock needs to cultivators. He wrote, “the people of Nagaur as a rule travel South and West into Malwa and so far as the district Mhow, or into North Guzerat and Sindh”.

Hewlett, who was the superintendent of civil veterinary department in the Bombay presidency, wrote in his book, Breeds of Indian Cattle: Bombay Presidency (1879) that “as a rule, cultivators in Kaira (sic. Kheda to natives) prefers bullocks as yearling and rear them himself”. He narrated the annual movement of Rabaris from North Gujarat to central Gujarat tracts.

F. Joslen’s account of nomadic cattle breeder’s mobility gives a vivid impression of the scales and economy involved. Joslen (1905) narrates for his readers the conversation between him and a nomadic cattle breeders, punctuated by moments of silences that also needs to be understood and interpreted sensitively:

“At Nadiad, I met a Rabaari with 18 Kankrej calves he had brought down from Radhanpur and at Borsad a dealer was present with 15 young Kankrej bullocks and bulls brought by him from Patan in North Gujarat via Viramgam and Dholka, the names of other places visited en route he could not give, or would not. This is his regular annual tour. Rabaaris who now own from two to three cows up to twenty, used to have from 50 to 150 or 200, with from one or three bulls, before late succession of famine years, with influx of cattle from other parts, nearly resulted in the extermination of breeding stock (cows and bulls), which are almost entirely maintained by grazing. Most of the best agricultural cattle were saved.”

This mobility of nomadic cattle breeders and traders/ dealers was intricately linked with cattle fairs that punctuated the Hindu calendar as per auspicious tithis (dates). As a brilliant ethnographic account of one such cattle fair, Kharwa Mela in Rajasthan by Deryck Lodrick (1984) suggests that cattle fairs that were held by feudal princes and istimardars (landowners) in the past continues to be held by their descendants, even as post-independence Cattle Fair Acts legislated by state governments hands over this function to state bureaucracy.

Documenting the Kharwala Mela of October 17-22 in 1981, Lodrick underlines a long distance movement of purchased cattle as well as a significant distance travelled by those who brought their cattle for sale:

“It is common practice for cattle dealers to buy animals at fairs and transport them to other fairs in the area for re-sale…(Of fourteen traders interviewed at Kharwa), one dealer, a Lohar from Pali district, sent animals from Kharwa to Bharatpur, some 150 kms to the northeast on the Rajasthan-Uttar Pradesh border; another a banjara from Uttar Pradesh, sold the animal he bought at Kharwa and other fairs in Rajasthan in Allahabad, 750 kms away; and a third buyer dealt with cattle agents in Maharashtra, Madhya Pradesh and Gujarat”.

Even in the face of this history around cattle mobility, our lawmakers have repeatedly shown that the only party they listen to are vigilante crowds whose only claim to fame is that they consider any movement of cattle as ‘smuggling’. Whether as agricultural cattle or as milch cattle for dairy development, the story of cattle development in India is punctuated by cattle mobility from the breeding tracts to other places.

Such acts of violence by vigilante mobs have increased not merely because of ‘cow protection’ propaganda and election times speeches on ‘Pink Revolution’, but the support they derive have of late come from misguided legislative actions that looks at cattle mobility as ‘acts of smuggling cattle out of state for slaughter’.

The recent rules takes heavy-handed measures to regulate physical spaces (namely livestock markets), without understanding the nature and raison de’tre of its existence over a long period and all the functions that are served by the same.

To think that transactions at livestock markets must not be mediated (even as we see no such enthusiasm when it comes to crop commodities) by agents and traders is to oust all those who have known these spaces far more intimately than any animal rights activist.