Estimates say crops were affected in more than 3.5 lakh hectares in districts of Rajasthan and Gujarat. Jaipur: With estimations saying crops were affected in more than 3.5 lakh hectares in various districts of Rajasthan and Gujarat, the damage caused by locust attacks in 2019-20 is believed to be one of the worst in India.

Crops of mustard, cumin and wheat have been devastated in the two states, affecting lakhs of farmers. In Rajasthan, the worst hit districts are Jaislamer, Barmer, Jodhpur, Jalore, Hanumangarh, Ganganagar, Bikaner and Sirohi.

Locusts, which are part of the grasshopper family, are highly mobile insects that can migrate across different countries and cause extreme damage to crops.

The Food and Agriculture Organisation (FAO) of the United Nations is the international agency that monitors and manages locust invasions. It says a swarm of locusts, which contains about 40 million insects, can eat the same amount of food in one day as 35,000 people, 20 camels or six elephants.

All locust-affected countries transmit data about attacks to the FAO, where the information is analysed in conjunction with the weather and habitat data and satellite imagery. The organisation also provides forecasts for locust attacks up to six weeks in advance and issues warnings for each country.

The Government of India deploys teams to control locust swarms, which spray a chemical called organophosphate in small, concentrated doses.

Control operations were less successful in Iran and Yemen and swarms invaded the India-Pakistan border between June and December.

In India, the extended monsoon provided a favourable environment for the locusts to multiply.

“Each locust lays about 150 eggs. In fact, they lay eggs only in moist soil, therefore, when they arrived in India, the locusts multiplied uncontrollably because of the extended monsoon here,” S.L. Godara, director (research) at the Swami Keshwanand Rajasthan Agriculture University in Bikaner told The Wire. 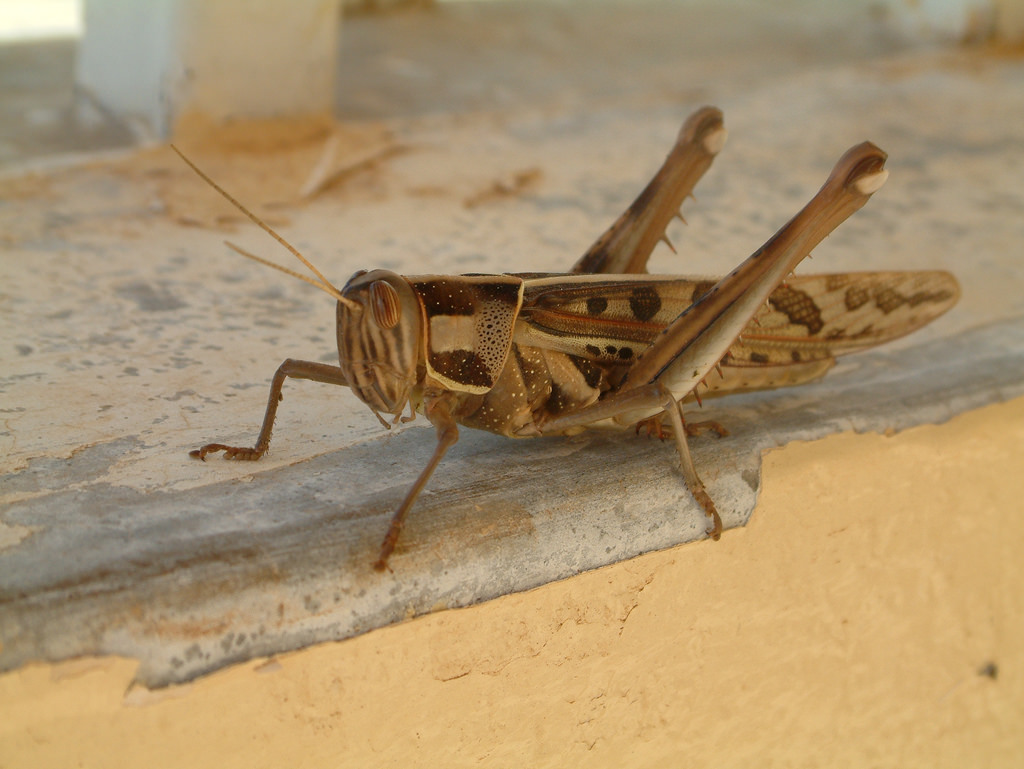 He said when the locust department, during control operations, track areas where locusts stayed overnight to discover their eggs. “Once found, the chemical is sprayed over the eggs. The spray cannot be used over crops,” he added.

Godara also claimed that since the attack was larger than usual, the department was not efficiently equipped to handle the crisis. “Previously, such a large attack was reported in 1993. But it was still manageable. After that, it never occurred, which turned the locust department inefficient,” he said.

Officers of locust departments in India and Pakistan meet regularly to share information about locusts and potential danger of invasion.

The locust department in India has blamed Pakistan for this year’s attack, saying it failed to conduct control operations successfully. “If Pakistan had taken proper control measures, the breeding of locusts could have been stopped. Due to a longer monsoon in India, the swarms got a favourable environment to breed,” K.L. Gurjar, a participant in the India-Pakistan meeting told The Wire. He is also deputy director at the directorate of plant protection, quarantine and storage under the Cente.

The FAO’s January 2020 update shows that the invasion may not have been put to rest yet. “A few residual swarms persistent along both sides of [the] India-Pakistan border where control operations are in progress. Adult and swarms were reported to be breeding along parts of the southern coast where heavy rains and flooding occurred earlier this month [January],” the update said.

Godara says locusts usually stay in India until the Kharif season, but this time the swarms haven’t left and are even damaging the Rabi crops.

Farmers whose crop was damaged would be entitled to compensation worth Rs 13,500 per hectare of land. However, the administration has put a ceiling on compensation that can be sought. “Compensation will be given for damage suffered, but not beyond two hectares, irrespective of how much land the farmers have cultivated,” C.L. Goel, additional district collector of Jalore told The Wire.

The move to limit the compensation has left the farmers upset. “We have heard that the government will pay compensation for only about two hectares of land, which would roughly be Rs 27,000-30,000. This is insufficient to compensate the losses, as farmers spend about Rs 80,000 to cultivate cumin. We borrow money from local lenders at a higher rate of interest,” Saddam, a farmer from Barmer said.