Will India's Contract Farming Ordinance Be a Corporate Lifeline for Agriculture?

Even though India has had a few relatively successful models, contract farming has failed to take off in a meaningful manner. 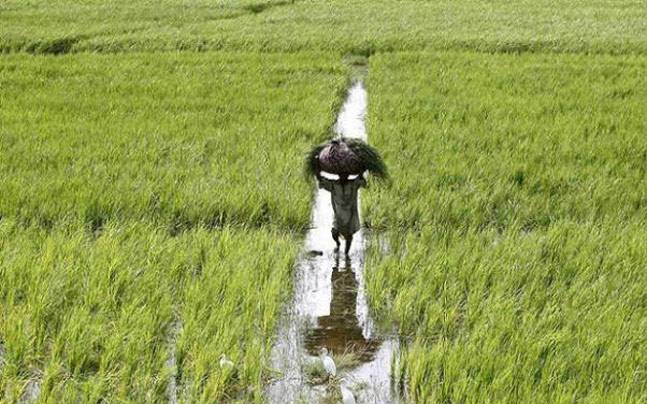 Of the three agriculture-related ordinances promulgated on June 5, 2020, the most predictable was ‘The Farmers (Empowerment and Protection) Agreement on Price Assurance and Farm Services Ordinance, 2020’.

Put simply, it provides a legal basis to the existing practice of contract farming in India’s agriculture and allied sectors.

In 2018, the Union Ministry of Agriculture circulated a model law on contract farming. It was called ‘The State /UT Agricultural Produce Contract Farming (Promotion and Facilitation) Act, 2018’. The Ordinance draws from this model Act.

It is not that contract farming is new to India or it did not have any legal backing. Under the Model APMC Act, 2003 also, contract farming was permitted and the Agricultural Produce Marketing Committees (APMCs) were given the responsibility to record the contracts. They were also mandated to resolve the disputes in such contracts. However, market fee and other levies/charges were payable to APMCs.

According to Volume IV of the Dalwai Committee report, only 14 states have issued rules to govern contract farming. Despite this, it hasn’t taken off properly and only 15 companies have entered into contract farming for crops in Punjab, Haryana, MP, Gujarat, Maharashtra, Karnataka and Chhattisgarh. Most of these contracts are for cotton and barley. It is clear that contract farming is not yet mainstream.

In April 2013, the Akali government in Punjab passed the Punjab Contract Farming Act to provide a legal framework to contract farming. There were several protections in the Act to protect the interest of farmers – e.g. no recovery could be made from farmers by sale or mortgage of his land under contract. The Punjab Act did not have a provision mandating that sale cannot be below the MSP.

Due to opposition from various quarters, Punjab never notified the rules under the Act.

The Centre’s ordinance of June 5, 2020 attempts to provide a national framework for contract farming by bringing uniformity in provisions of contract farming under state regulation enacted under APMC Acts and the laws passed by some states on the lines of model Act circulated in 2018.

All contracts are to be registered with a state level authority to be set up by state governments. In addition, there are several other safeguards for farmers.

Many observers have been studying the reasons for the failure of contract farming to take off on a large scale, even though there are several examples of successful models evolving over the years.

Also read: The Rumours that Killed the Chicken and the Maize

For example, seed production is mainly through contract farming between seed companies and producer farmers. The seed companies provide foundation seeds to farmers who, in turn, deliver certified seed to companies. The National Seed Corporation has a well-defined protocol for contract farming for seed production. Mostly, the farmers receive a price higher than the MSP and even the prevailing APMC prices. Generally, the farmers do not default on the delivery of seeds.

Generally the corporates, both processors and modern retailers, are reluctant to enter into formal contracts with hundreds of farmers and they use a middle man, called organiser. They fear that in case of any default by farmers, the political system will not support them irrespective of merit of the case.

For most hybrid seed production, the seed companies pay about 25% of agreed price to contract farmers on delivery of seed. Balance 75% amount is paid after conducting a genetic purity test, which is required for labelling of seed packets. This test can take about 70-80 days and farmers are paid the balance 75% of price only after this test confirms the purity of seed.

The Ordinance provides for payment of 66% of seed price to farmers on delivery and 34% on certification. But the entire price has to be paid within 30 days. It has to be seen how the seed industry will adapt to this change of payment terms.

At present, informal contracts between industry and farmers are also quite common. In West Bengal, many small and marginal farmers grow chip grade potatoes under contractual arrangements, mostly without written contracts. Under this system, the company inspects the farms on a periodic basis and provides extension services.

There are apprehensions on the part of farmers to enter into contracts as they are not organised and are ill equipped for any legal battle with corporates. Only last year, a few Gujarat farmers were sued for more than Rs 1 crore for illegally growing and selling a potato variety registered by PepsiCo. On the intervention of the state government, PepsiCo withdrew the cases but the incidence left a question mark over the future of contract farming in which resource-poor farmers were pitted against a powerful multinational.

Other sectors provide a better example of what the future should look like. The most successful example of contract farming in India comes from the sugarcane and poultry sectors.

An evaluation of contract farming of broilers by P.V.K. Sasidhar and Murari Suvedi found that contract farming had low marketing risk and that the farmers were promptly paid. The working capital requirement of farmers was also low and extension services were provided by the aggregator. However, the average net return per bird was Rs 11.06 for contract farmers while it was Rs 17.05 per bird for those farmers who did not participate in contract farming. So, the poultry producers under contract farming were losing Rs 5.99 per bird. This is the cost for avoiding the risk of disease, fluctuation of market prices and expert guidance from veterinarians.

On the whole, poultry farming is a successful example of small farmers benefiting from aggregators providing extension services, including feed and medicines and taking marketing risk. About 66% of poultry production is under contract farming. Poultry sector is uniquely placed as the prices of eggs are decided by the National Egg Coordination Committee, which takes demand and supply into account. So, unlike the farmers of most crops who face enormous fluctuation in prices, the poultry farmers are shielded from the same.

However, even in the US, contract farming of poultry has benefited producers more than the poultry farmers.

The top most concern of organised players wishing to enter contract farming is the place of minimum support price in their agreements. They are generally reluctant to sign agreements as they are not sure if the states will hold them accountable if the agreed price is below MSP.

The Ordinance provides for setting up of a registration authority in every state to electronically register the contracts. The states will do well to quickly notify the regulations governing the registration of contracts.

So far, modern retail has been largely purchasing perishable produce from mandis. Since the volumes of fresh produce are still low for modern retail and it has to compete with roadside vendors, it has been reluctant to invest in backend infrastructure.

Also read: What Will the End of the Road for APMCs Look Like?

This ordinance has the potential to change the contours of modern retail as it can expand its reach to better off consumers, willing to pay higher prices for fresh produce of higher grade which meets the standards of pesticide residue and food safety.

It is a good decision to exempt the produce under contract farming from stock limits under Essential Commodities Act. However, the Ordinance does not cover contract farming of sugarcane which will continue to be governed by Sugarcane (Control) Order 1966. It means that despite the purported concerns of Nitin Gadkari about high MSPs of several crops, as compared to global prices, the sugar mills will still have to pay fair and remunerative prices or the state advised prices. Indian sugar prices will therefore continue to be higher than global prices. MSP reforms can probably start from here.

The Ordinance says that the government will issue guidelines as well as model agreements. It means that this Ordinance is still work in progress.