In Photos: The Farmers Standing Their Ground During Delhi's Brutish Winter 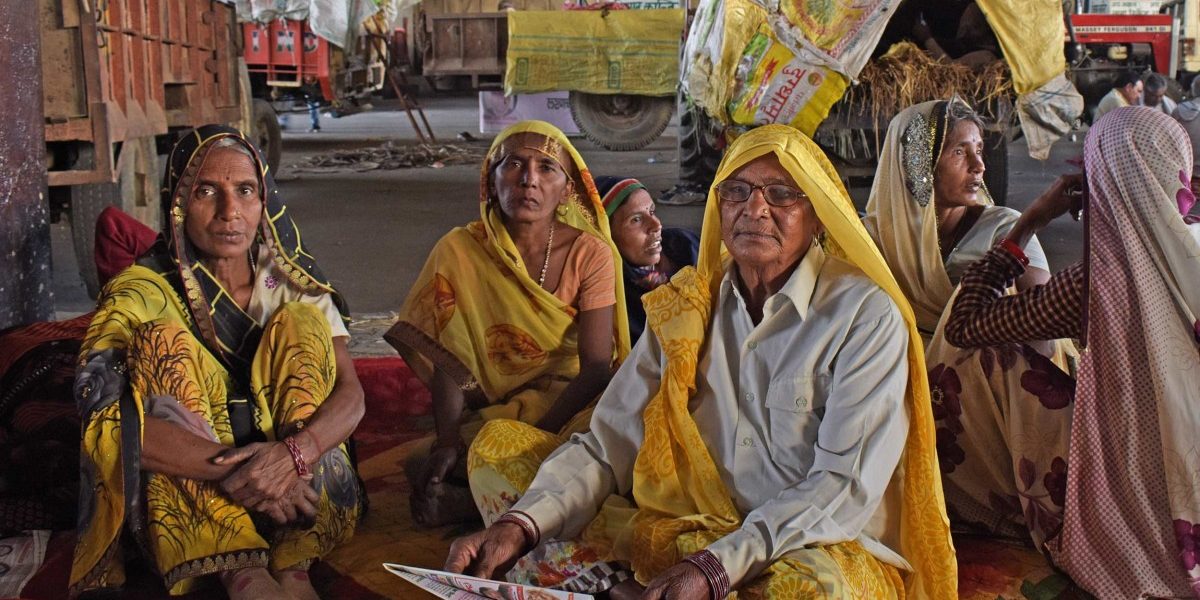 Amidst the brutish, cold winds of winter, peacefully protesting farmers from Punjab, Haryana and some parts of Uttar Pradesh remain positioned at the border areas of the National Capital Region of Delhi. For the last four weeks, little has been done by the prime minister himself, or his cabinet, to address the demands of peacefully protesting farmers, while dismissing any possibility of repealing the much-debated farm laws. Instead of engaging with the protestors peacefully, the Modi government’s own messaging has focused its efforts more towards justifying the farm Acts, while seeing the protests as an act of the opposition to ‘mislead’ farmers and the rest of the citizenry.

We carried out extensive field coverage of the farmers’ protests since early December, being at the Singhu-Kundli and the Tikri-Bahadurgarh border areas. Each protesting farmer we spoke to has been engaged in farming for over a decade at least, and has her entire family engaged in farming activities. All respondents see the new farm laws and the provisions around contract farming as a grave threat to their independent ability to have a higher bargaining power, especially with new private firms/contractors, or be able to freely negotiate a better price for their produce, and accrue credit (via land holdings) for input cost needs.

The other issue, emerging from a broken kisan-sarkar trust contract, is centred on promising a fixed MSP in the letter of law which the Union government has still not agreed upon (even though it promises in its word to have the MSP paid for listed crops).

Sardar Major Singh, a farmer from Punjab, explains at the protest site why this farmers’ resistance is so important: “Each of the provisions under the new farm laws, whether it is with respect to contract farming and stockpiling of food produce, aim to take the agency of an average farmer away from him and give it to corporates and big businesses. They can control the prices at will and exploit the market without giving anything to farmers, who won’t receive any support from the government either after the laws are passed.” 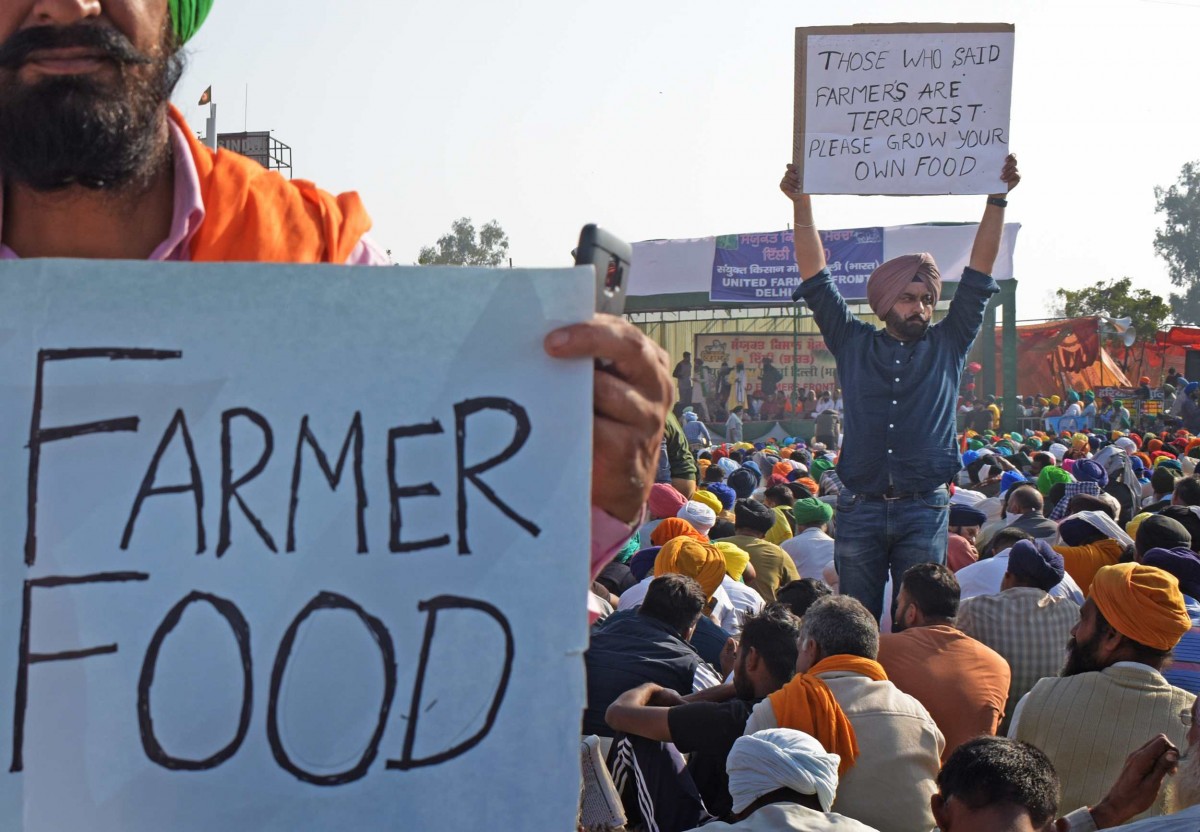 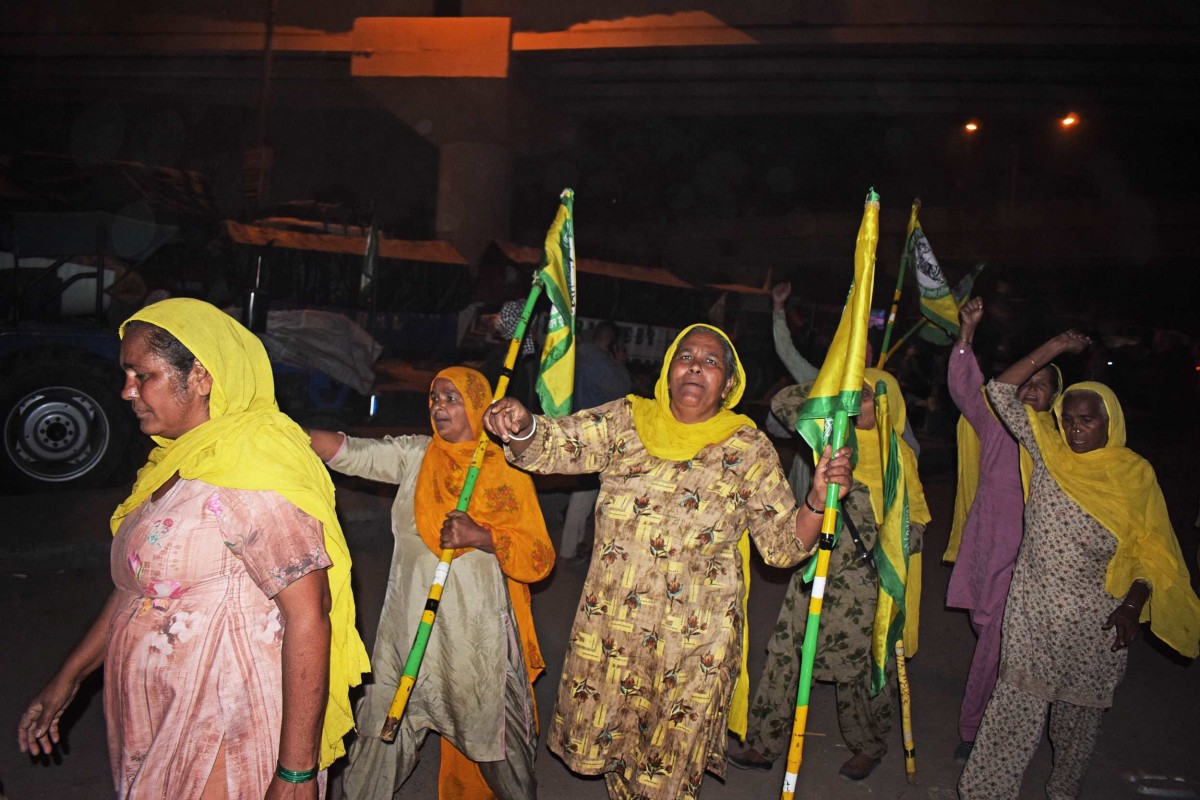 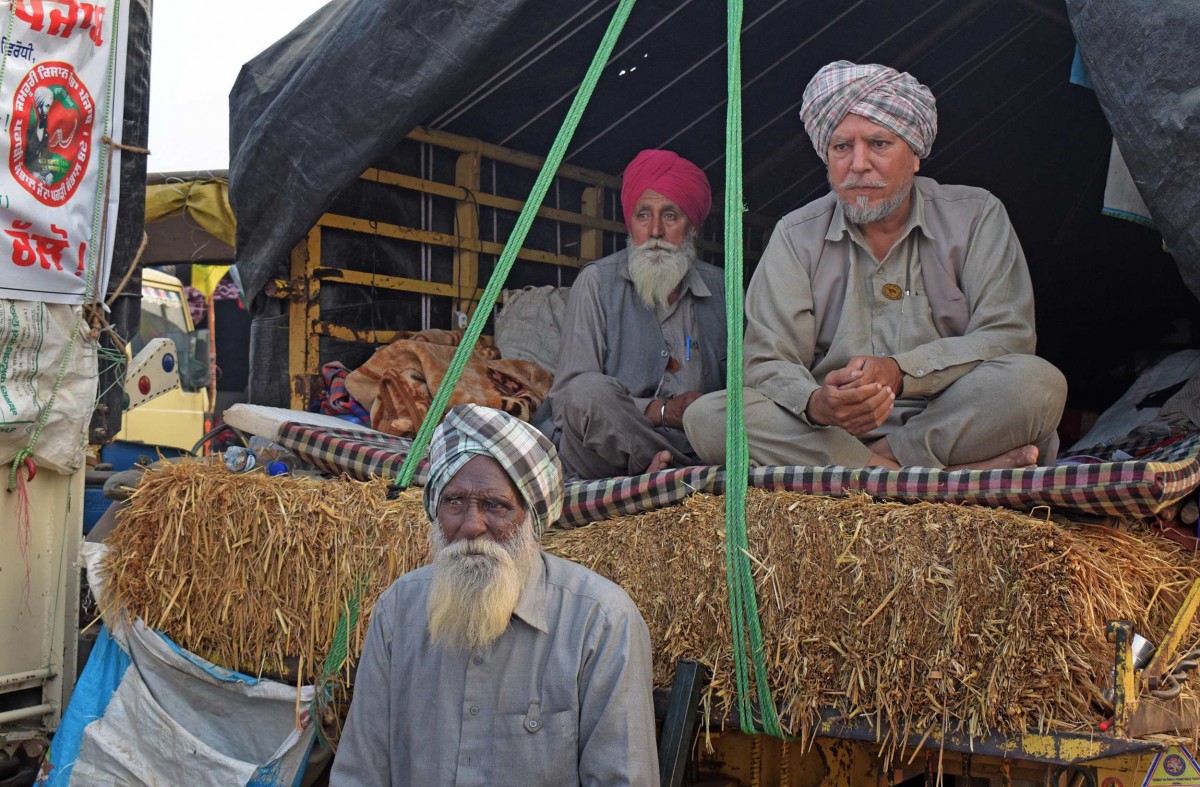 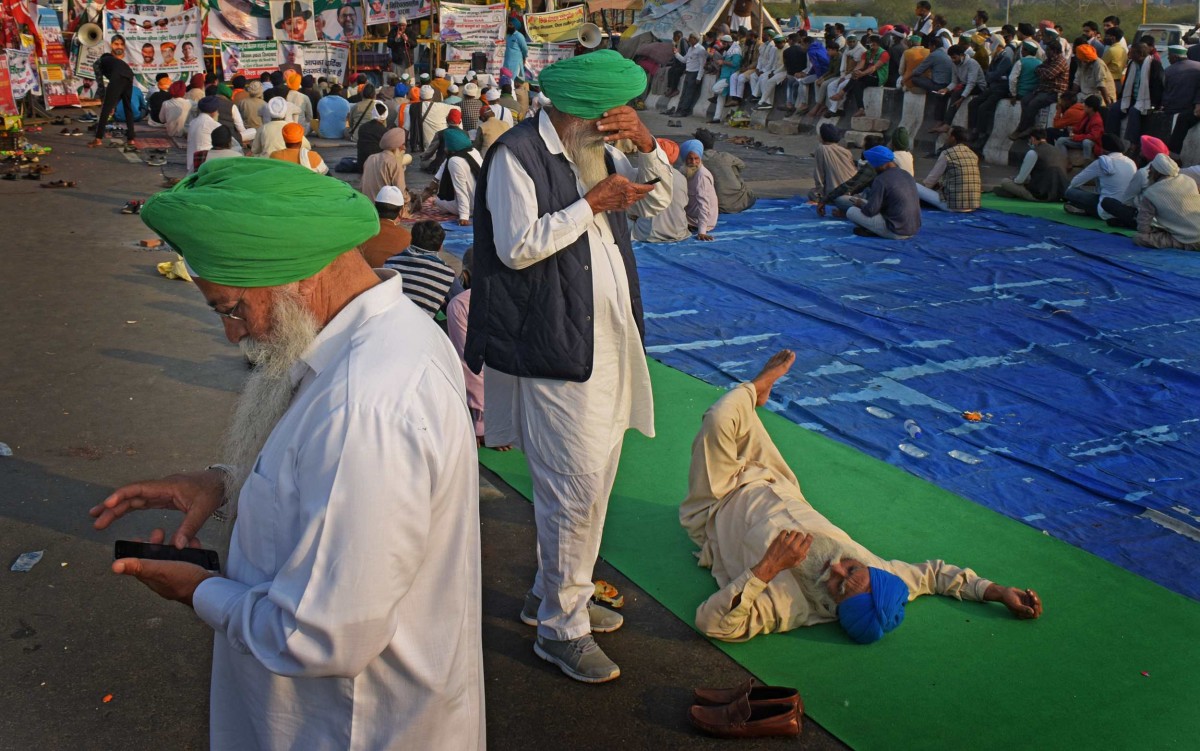 After a long day of being out in the bare cold, the resistance and the fight continues. Photo: Jignesh Mistry 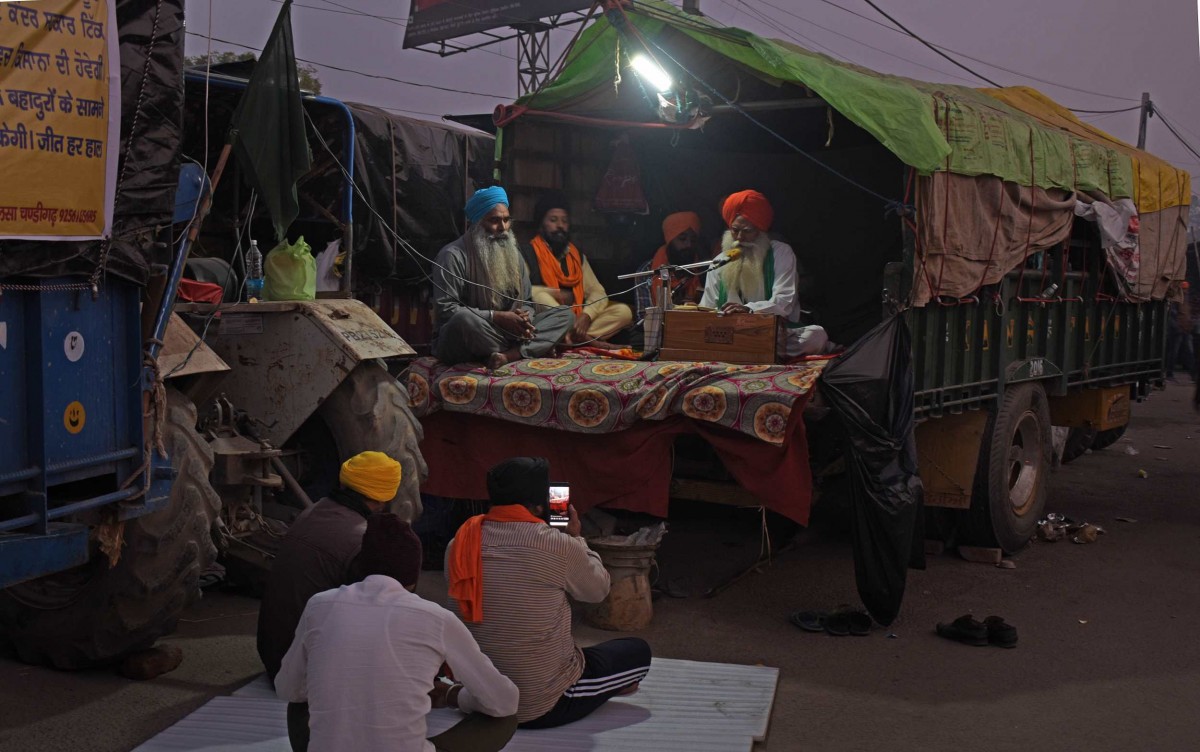 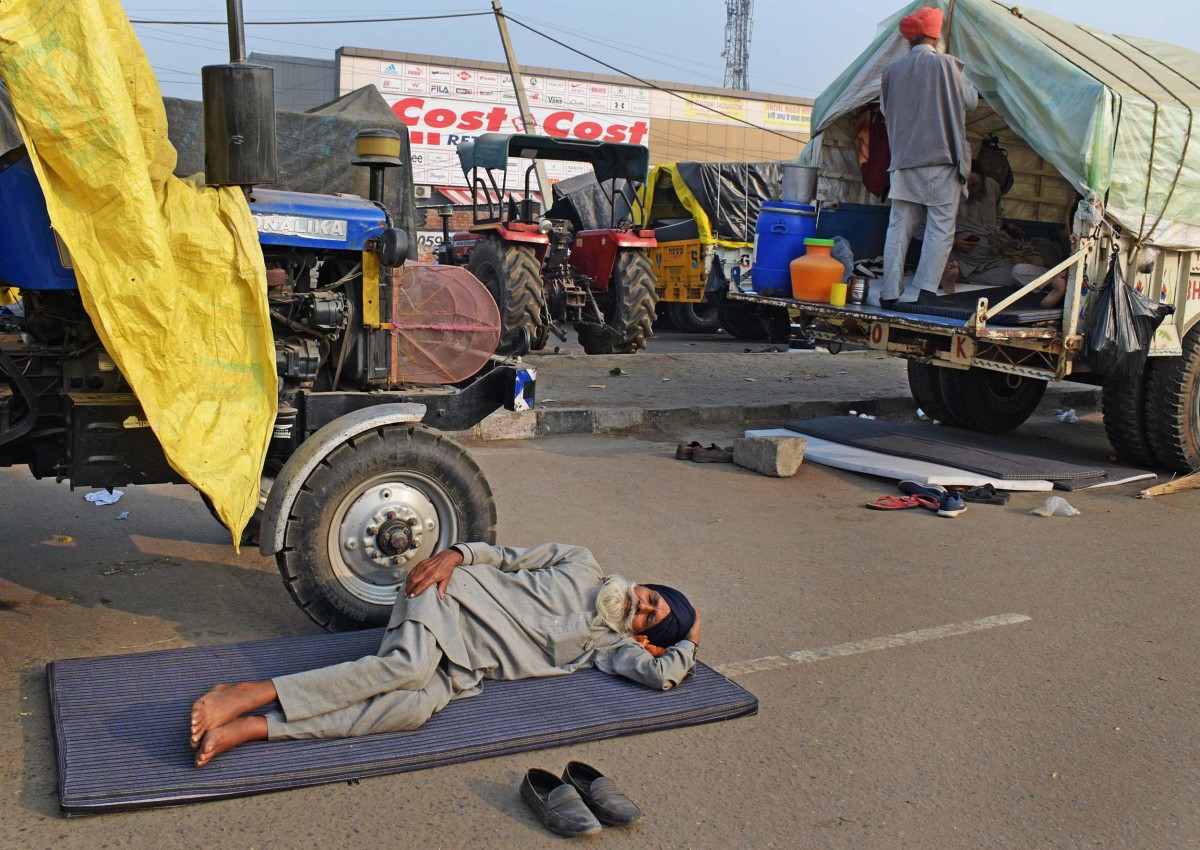 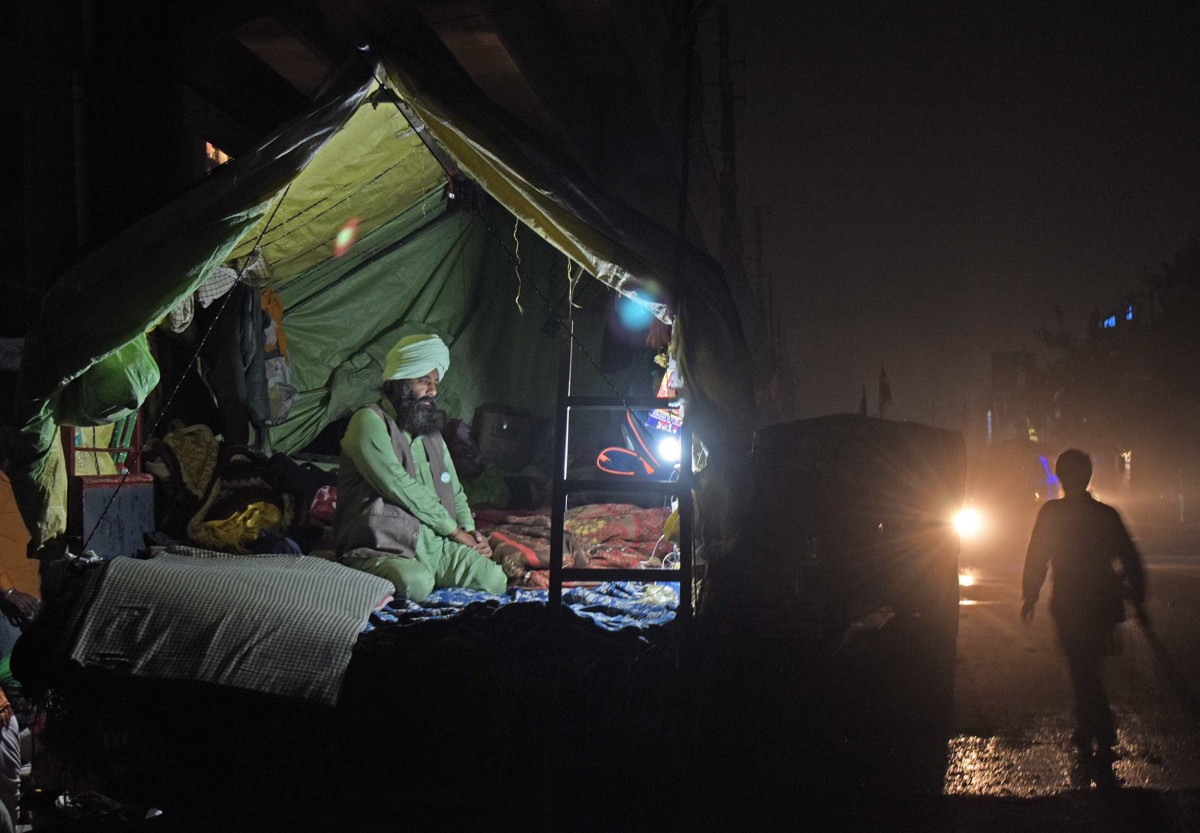 Another cold night at the border highway. Photo: Jignesh Mistry 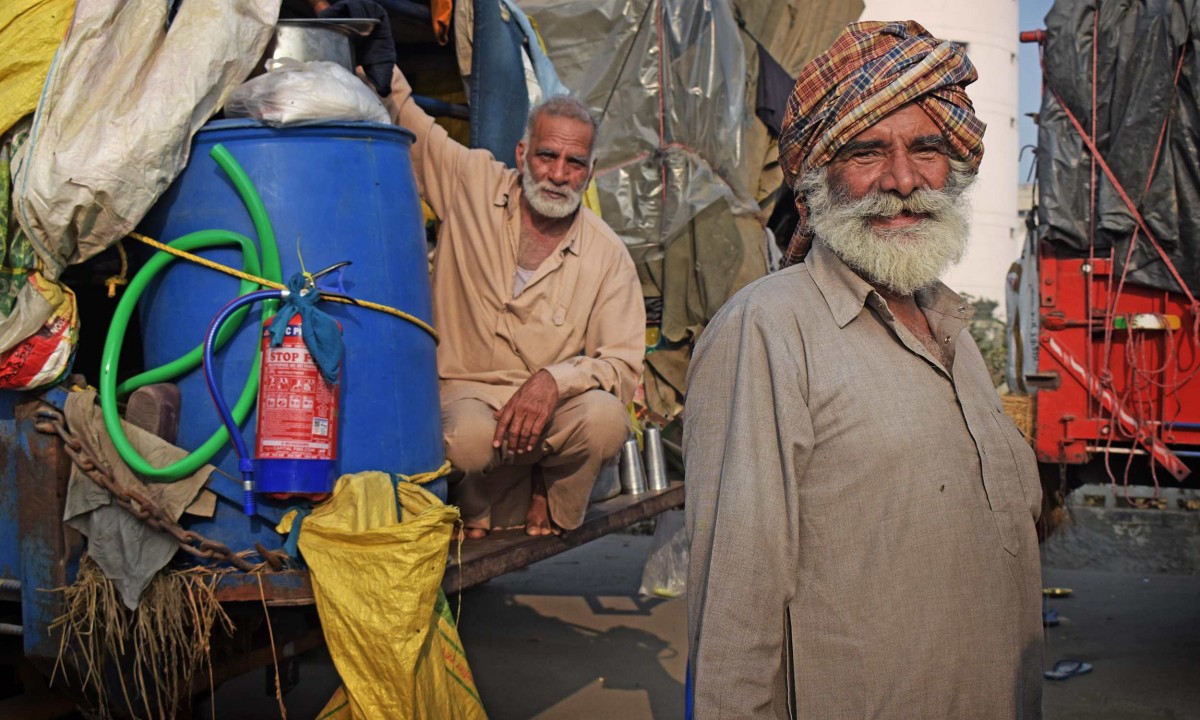 Early mornings at the protest site and the undeterred spirit of Nirbhay Singh. Photo: Jignesh Mistry

This field analysis is part of a visual storyboard field initiative undertaken by the Centre for New Economics Studies (CNES) in collaboration with PAIGAM (People’s Association in Grassroots Action and Movement).