Importing Pulses is a Bad Idea, Even if From India's BRICS Partners

Outsourcing food production to BRICS countries, and opening up the country to cheaper imports will only destroy food self-sufficiency – and the livelihood of millions. 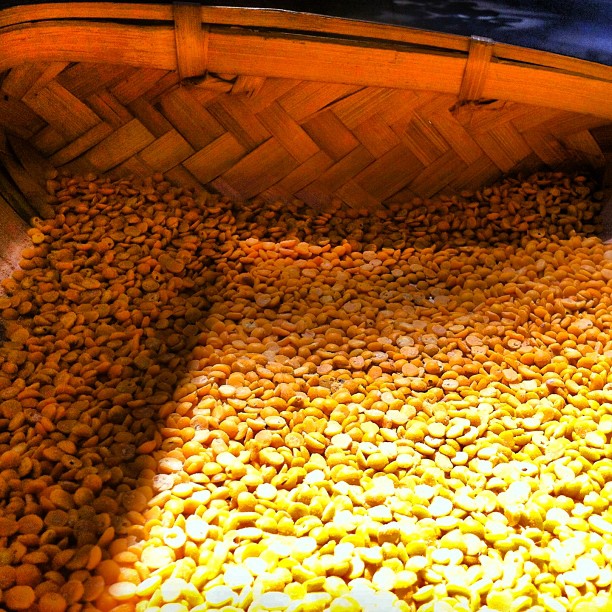 At a time when India is faced with a massive unemployment crisis, the decision to invite BRICS countries – Brazil, Russia, China and South Africa – to cultivate pulses and oilseeds for export here will only end up pushing more and more Indian farmers out of agriculture.

Agricultural scientist M.S. Swaminathan once remarked: ‘Importing food is like importing unemployment.’ I had thought this was a loud enough warning and that government would at least be careful in not deliberately destroying the tremendous potential agriculture has in creating gainful employment. With a 0.43% drop in job creation in the last quarter April-June 2016, India continues to be in the grip of what is called jobless growth.

However, agriculture doesn’t seem to be an area of concern for the government. Only a fortnight back, addressing the BRICS farm ministers meeting in New Delhi, agriculture minister Radha Mohan Singh said his counterparts have agreed to promote production of pulses and oilseeds in their respective countries after India asked for help in meeting its shortfall in domestic production. This offers huge business opportunities to the BRICS countries, he added. Earlier, food minister Ram Vilas Paswan had also acknowledged India’s efforts to woo Brazil into cultivation of pulses to meet the growing domestic demand. Since Brazil has not been growing pulses, India even offered to provide improved seeds of pulses varieties.

The move to outsource the production of oilseeds and pulses to the BRICS countries comes after Prime Minister Narendra Modi had about two months back signed an agreement with Mozambique from where an import of one lakh tonne of pulses will hopefully begin in two years time. He had promised to procure every grain of the legume that farmers would cultivate in Mozambique and at a price which would not be lower than the minimum support price paid to Indian farmers (MSP). India had also been searching for the possibility of growing pulses in Myanmar and some other African countries like Ethiopia, Uganda.

As if this is not enough, the government has slashed the import duty on potatoes from 30 to 10%; on wheat from 25 to 10%; on import of crude palm oil from 12.5 to 7.5% and on refined oil from 20 to 15%. Lowering the import duty means opening the floodgates to cheaper imports. Although reduction of import duties is justified in the name of taming food inflation, it is the small and marginal farmers who are forced to abandon agriculture when cheaper imports come in.

The growing reliance on cheaper (and highly subsidised) imports of agricultural commodities – including pulses, edible oils, wheat, apple, rubber, coconut, silk, fish, a horde of fruit products and juices – are linked primarily to the policy imperative that aims to drive farmers out of agriculture. This approach follows the World Bank’s prescriptions from way back in the 1990s – that India needs to move 400 million people from rural to urban areas by 2015. To achieve this, successive governments have been systematically squeezing public investments in agriculture and impoverishing farmers by denying them a fair and remunerative price.

The cultivation of pulses is a classic example. Although the area under pulses cultivation has increased in kharif by a whopping 29%, and production in 2016-17 is estimated to go up to a record 20 million tones, there would still be a shortfall of around 3 to 4 million tonnes. The government has hiked the MSP for some pulses, but the fact remains that it is the volatility in prices that discourages farmers to take up pulses cultivation. If the government can provide an assurance to farmers in Mozambique and in Brazil that it will procure whatever is produced, why can’t the same assurance be given to Indian farmers? It is the lack of assured procurement that is the primary reason why farmers have been reluctant to take up pulses cultivation.

Instead of helping domestic farmers, the government is now trying to solve the domestic supply problem by outsourcing pulses production to Africa, Brazil and Russia.

After India lost the WTO dispute with the United States over the import of chicken legs, the poultry industry should get ready for a hit. The dairy industry too is under pressure to open up to cheap imports from the European Union, Australia and New Zealand. In fact, some influential economists have been openly calling for this. They even want the sluice gates to be lifted for vegetable and fruit imports – endorsing the EU’s demand under the Indo-EU Free Trade Agreement. Already, apples are being imported from 44 countries.

While on the one hand, India is expected to protect its food security concerns as well as farm livelihoods in international negotiations, the autonomous liberalisation that proceeds unheeded at the domestic policy level is likely to inflict a much bigger blow to the future of Indian agriculture. For a country which has 600 million people dependent upon agriculture and where urban employment opportunities are not expanding by much, the challenge should be on how to make farming economically viable. Contrary to the dominant economic thinking, agriculture alone has the potential to reboot the economy and provide livelihoods. Outsourcing food production to BRICS countries, and opening up the country to cheaper imports will only destroy food self-sufficiency – and the livelihood of millions.

Devinder Sharma is an expert on Indian agriculture

Note: In an earlier version of this article, the area under cultivation of pulses was mentioned as having gone up by 57%. The correct figure is 29%.