How Could the New Farm Laws Bring Agricultural Income Under the Tax Net?

Farmers may have to pay 18% GST on the income earned through corporate farming, which the new laws are expected to promote. 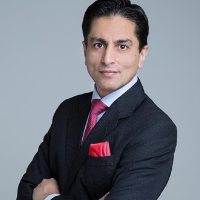 Like a retro Bollywood movie with multiple double acts and plot twists, the controversy surrounding the three farm laws is not just limited to the specific legislations per se, but there is more to it, much more sinister. When the Income Tax Act, 1995 (ITA) and Central Goods and Services Tax Act, 2017 (CGST) are read in conjunction with the new farm laws, the sinister plot begins to unravel.

As per Section 2 (1A) in the ITA, agricultural income means any rent or revenue derived from land located in India, including rent on agricultural land and buildings, and is tax-exempt. The Supreme Court’s decision in the Commissioner of Income Tax vs Raja Benoy Roy (1957) case also defines agricultural income.

To qualify, it is essential to have two types of operations on the land, basic and subsequent. Basic operations include our classic understanding of agriculture of cultivation, tilling, sowing, planting, etc., and demands labour and skill to make the crop sprout.

Hidden rules in the fine print

It is only when the villainous double role of the CGST Act comes to light that the storyline pivots to something more sinister. Under Para No.2 (a) of Schedule II of CGST Act, 2017, any lease, tenancy, easement, and license to occupy land are treated as supply of services and subject to 18% CGST.

At the same time, the CGST nil rate band includes,

“the services relating to: cultivation of plants and rearing of all life forms of animals, except the rearing of horses, for food, fiber, fuel, raw material or other similar products or agricultural produce by way of

(a) agricultural operations directly related to production of any agricultural produce including cultivation, harvesting, threshing, plant protection or testing;

(b) supply of farm labour;

(c) processes carried out at an agricultural farm including tending, pruning, cutting, harvesting, drying, cleaning, trimming, sun drying, fumigating, curing, sorting, grading, cooling or bulk packaging and such like operations which do not alter the essential characteristics of agricultural produce but make it only marketable for the primary market;

(d) renting or leasing of agro machinery or vacant land with or without a structure incidental to its use;

(g) services by any Agricultural Produce Marketing Committee or Board or services provided by a commission agent for sale or purchase of agricultural produce”.

The CGST Act may have implied that there is nil CGST tax on leasing of agricultural land, by including agricultural operations. But it also specifies that operations only directly related to production qualify.

Therefore, a farmer giving out agricultural land on thekha or lease under corporate farming while not undertaking basic or subsequent operations themselves could well be interpreted as providing a supply of services.

As per the clarification from the finance ministry on May 28, 2018, “Agriculturists are exempted from GST registration. Agriculturist has been defined to mean an individual or a HUF (Hindu Undivided Family) who undertakes cultivation of land – by own labour or by the labour of family or by servants or wages payable in cash or kind or by hired labour under personal supervision or, the personal supervision of any member of the family.”

This statement further bolsters the argument that an agriculturalist not engaged in basic or subsequent operations personally is not exempted from GST registration and hence liable to pay the 18% tax. The matter of an agricultural land lease being a supply of services would have been better clarified with a notification, instead of a press release by the ministry of finance.

It is not clear how rent from agricultural land, under the corporate farming model, without the agriculturalist undertaking basic or subsequent operations will be taxed and at what income threshold.

The farmer is already saddled with unpredictable weather, soil conditions, water tables, input prices and minimum support prices. Decoding tax laws in which they have absolutely no experience or support is a plot twist.

These central farm laws with taxmen as stars may turn into a horror film for farmers. Even if the farm laws are repealed, there is no focus to address or clarify the CGST treatment of agricultural lease income, which is already law.

The state governments and farmers’ unions should be engaging with the Centre on the need to issue a clear notification to designate all agricultural land and building lease income with and without basic or subsequent operations in the nil band for CGST.

Farmers mainly from Punjab, Haryana and western Uttar Pradesh are being cast as villainous agitators. But farmers countrywide should be very worried about the CGST Act when they are required to pay tax.

Jaimal Shergill is an ex-banker-turned-entrepreneur based in the United Arab Emirates.