The Success of This GM Tech Depends on Numerous Unanswered Questions

In times of rural distress, it's important that the debate around GM technology combines talks about food safety issues with their sociological ramifications. 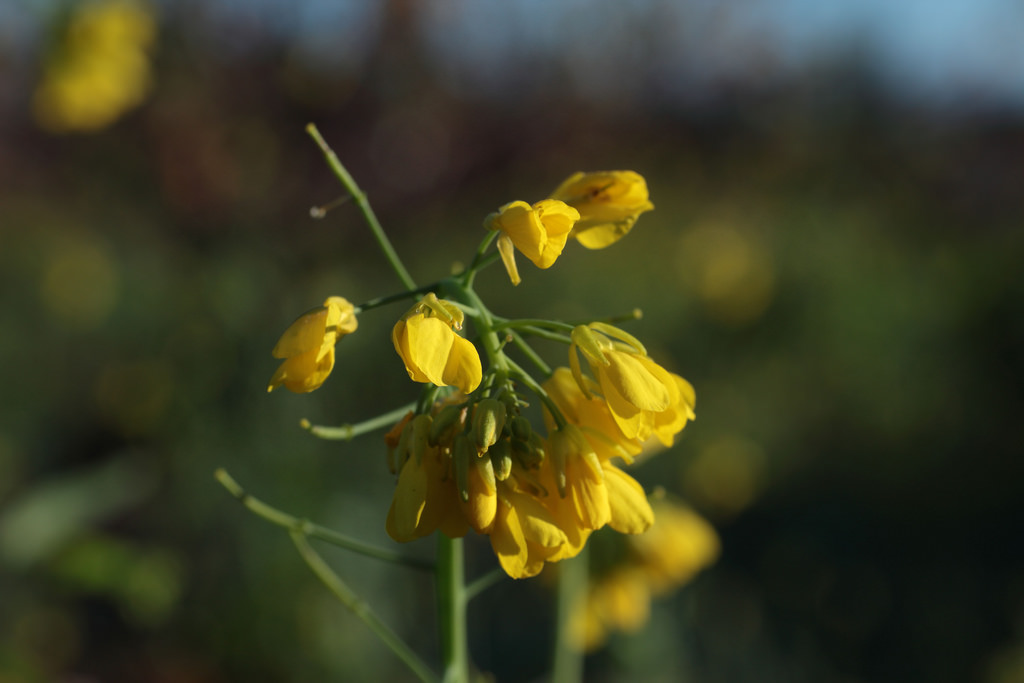 “People are scared that if they consume GM foods they might grow horns or might grow a wagging tail.”

This is how Shekhar Gupta represented the perceptions and fears associated with genetically modified (GM) foods when he was in a ‘Walk the Talk” conversation with Prof. Deepak Pental, the former vice-chancellor of Delhi University who, along with a few others, have bred DMH-11, a GM mustard hybrid. Shekhar Gupta’s statement needn’t be taken literally or as a verbatim representation of people’s fears. But as a metaphor for generic, misplaced, ill-informed fear, it’s a bad one.

Bodily harms and threats posed by GM foods, even in lay imagination, are not as idiotically dramatic or infantile. The fears are for harms that cannot be seen, risks that cannot be assessed by lay publics. The task of any representation of this fear should be to draw attention to the contested terrain of genetic modification, and to ask the difficult questions so that what is obfuscated from scrutiny is revealed and made available for civic engagement.

Unlike other crops – maize, bajra, rice, sunflower and cotton for instance – there are no commercial hybrids for mustard. The reason is simple: mustard is a self-pollinating plant (each mustard flower is a “perfect flower” that contains both male stamen and female pistils and therefore does not require another flower/plant to pollinate). In other words, if a hybrid mustard crop has to be created, it would need to be genetically engineered to enable hybridisation. The aim, as claimed, is to exploit heterosis, or hybrid vigour, by crossing the Indian mustard with an East European strain known for its higher yields, and thereby achieve greater productivity.

This hybridisation is achieved by means of the two genes barnase and barstar, derived from a soil bacterium called Bacillus amyloliquefaciens. Put very simply, the barnase gene confers male sterility to a plant in which it is inserted and enables crossing of the male sterile line with the fertility restorer (barstar gene) line – to produce fertile hybrid plants and seeds.

Most biosafety studies – including those by Pental’s team – attest to negligible toxicity and allergenicity of the three proteins in a human, mammal and arthropod body. These conclusions are contested but these contestations only affirm the need for Pental’s team to share the raw data that has been used to draw these conclusions, a requirement mandated both by a Central Information Commission (CIC) directive and a Supreme Court ruling.

But attention needs to be drawn to a third gene of the triad – the bar gene – and the biosafety implications that are generated by the attendant work that the herbicide glufosinate does for it.

The bar gene synthesises an enzyme called PAT, which confers tolerance to glufosinate in a plant. Glufosinate is a broad-spectrum herbicide, similar to Monsanto’s ‘Round-up’ (glyphosate), which indiscriminately eliminates weeds and, indeed, any plant that does not incorporate the bar gene and is hence not ‘herbicide tolerant’. Essentially, this is done to mark out the GM crops from the non-GM progeny. The ones that are non-sterile hybrids are eliminated with a glufosinate-herbicide spray. This is done in order to ensure that pollen-free, sterile GM crops are grown over successive generations. Interestingly, glufosinate is a patented technology of Bayer CropScience, and marketed worldwide as ‘Liberty Link’ and ‘Basta’.

A report titled ‘Assessment of Food and Environmental Safety of GE Mustard‘, submitted by the centre for Genetic Manipulation of Crop Plants (CGMCP), University of Delhi, affirms the safety of the three genes/proteins for human health and animal safety. However, there are virtually no references with respect to biosafety studies for Glufosinate, the herbicide that enables the marker gene – bar – to mark the GM crop from the non-GM ones.

It does state very cursorily (on page 65) that “this gene is used as a selectable marker in the experiments and does not imply that the basta [glufosinate] spray is required during the cultivation of the said hybrid.” This is confusing: In the absence of the Basta sprays, how will successive generations of pollen-free crops be ensured? And if Basta sprays will be mandated, why have biosafety/risk assessments not been done?

The risk assessment to the herbicide is separate from the risk assessment of allergenicity and toxicity of the inserted gene-protein. Were EFSA evaluations on food safety of glufosinate taken into account by CGMCP, Delhi University? This is an important question because we need to know what haematological and biochemical changes observed in animal testing can be extrapolated or dismissed for human beings.

In 2003, the Genetic Engineering Approval Committee, under the environment ministry, deferred the commercial approval of GM mustard variety that used the same bar-barstar-barnase technology. Back then it was Proagro Seeds India, Ltd., a subsidiary of the agro-chemical giant Bayer CropScience, that sought to market the same genetically engineered, triple gene combination in a mustard plant with the same promise of 20-30% increased yield. A key worry even then was that Proagro’s main purpose of developing the GM hybrid was to promote the conjunctive use of glufosinate over which Bayer had a patented monopoly. Bayer still holds the patent for proprietary brands of glufosinate: Basta. There ought to be issues of market dependence that need to be factored in for a monopoly product that piggy-backs on a publicly owned technology.

Public ownership of GM mustard technology (by Delhi University and Dhara Vegetable Oil and Foods Company) is one of the main attractions of this technology. So apart from being 20-30% more productive, they will also be cheaper in comparison to the monopoly prices and royalties commanded by trans-national companies like Monsanto for patented monopoly and seeds like Bt cotton.

However, there are two issues that beg questions. If the conjunctive use of glufosinate is necessary for the success of the technology and for the promised higher yields to be delivered by successive generations of mustard hybrids, is there a concern for market dependence and food safety that should be factored in?

There are a further set of questions for which no clear answers emerge. The bar-barstar-barnase gene is a patented technology. Who owns these technology patents? A preliminary search revealed the two out of the triad of patents – the bar gene and the barstar – are held by Bayer CropScience. Delhi University (with Deepak Pental et al as inventors) that holds the patents for the ‘methods‘ for obtaining male sterile lines and fertility restorer systems would have needed to acquire these genes from their proprietorial holders. What technology agreements and/or material transfer agreements (MTAs) have been entered into by DU?

It is also understood that the ‘army of sterile mustard crops [will be] grown by crossing sterile barnase crops with normal mustard crops (that have no barstar gene to reverse sterility)’. After a Basta spray – which will eliminate the fertile non-GM plants – what we will have is a standing crop of sterile mustard plants. What implications do these have for farmers who may not be able to harvest and reuse seeds for successive replantation?

The Protection of Plant Variety Protection and Farmers Rights Act (2001) grants farmers the right to save and reuse seeds. The networks of property and technology may actually end up making these rights meaningless, apart from pushing a cultivator into the nexus of market and technology over which she has little control. And if the argument is that farmers need not sign-up for GM crop cultivation, then what happens to the target of achieving higher yields and greater oilseed productivity to reduce import burdens?

In times of acute rural distress, it is important that the debate around technology combines talks about issues of food safety and environmental diversity with sociological, political-economy ramifications.

There is a problem with an approach that considers risks for human health and safety, or the environment as sufficient for the grant of regulatory sanctions. The problem with this approach is too much faith is reposed in science as a foundation on which to establish regulatory decisions. The principal actors framing the problem are the expert scientists granted the status of an objective voice in the dialogue between innovators and regulators. The broader public – consumers, which includes farmers – is provided with a limited information and limited opportunity to participate in regulatory decision-making. She is expected to be content with the assessments of low-risk probability. Entirely outside this assessment are unknown, unintended effects that are tactically accepted or considered manageable. It is always important to be aware of the democratic deficit that exists in the regulation of technology.

Rajshree Chandra teaches political science at the University of Delhi and is a senior visiting fellow at the Centre for Policy Research, Delhi. She is the author of The Cunning of Rights: Law, Life, Biocultures (OUP: 2016)