As Support for Farmers' Agitation Swells, Is the State Crackdown Backfiring?

The way that Rakesh Tikait – who had been on board with BJP politics over the last few years – has found support may worry the government. 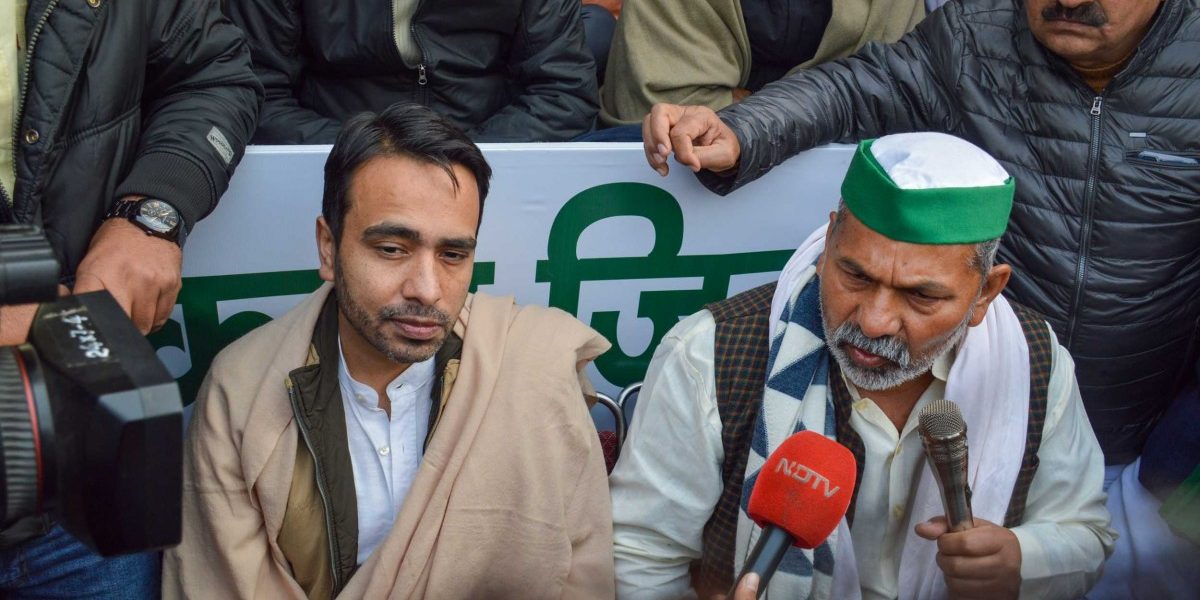 New Delhi: Quite contrary to what many had anticipated, the state crackdown on farmers’ leaders has breathed a new life into the agitation. Bharatiya Kisan Union leader Rakesh Tikait’s emotional outburst against the Union government’s attempts to remove protestors from the Ghazipur sit-in has become a rallying point for a large section of farmers from western Uttar Pradesh, Haryana and eastern Rajasthan.

Tikait’s video, in which he can be seen in tears while alleging that the Narendra Modi government was conspiring to kill farmers, has gone viral. “This government will destroy farmers, BJP’s goons will come and attack them with the police,” said Tikait in the video, adding that he was ready to face bullets or hang himself at the protest site if demands of farmers are not met.

Thousands of farmers from Delhi/NCR and adjoining regions like Meerut, Baghpat, Bijnor, Muzaffarnagar, Moradabad and Bulandshahr since then have been marching towards the Ghazipur border in support of the protesting farmers. The farmers’ movement, which had appeared demoralised after incidents of violence during the tractor parade on January 26, seems to have found a renewed vigour even as it faces a likely crackdown by the Union government.

Sensing an opportunity to come down heavily on the six-month-long protests against the three controversial farm laws after the farmers’ Republic Day tractor parade turned unruly in parts, the Union government launched a concerted campaign to paint the agitations as illegitimate. A majority of pliant television channels went on an overdrive to dismiss the farmers’ movement as one with a “separatist” agenda. Within hours of the incident, the Delhi police filed criminal cases of rioting, conspiracy and similar other serious charges against more than 25 leaders who were spearheading the protests peacefully. By Thursday evening, both the Uttar Pradesh and Delhi police closed in on the Ghazipur sit-in site with a huge security build-up in order to arrest Tikait. Section 144 was immediately imposed, and farmers were given an ultimatum to vacate the site. BJP leaders of the area also gathered with their supporters to drive the protesting farmers away.

As tension prevailed at the Delhi-Uttar Pradesh border at Ghazipur, the crowd at the sit-in swelled through the night, with thousands of farmers still making their way to the site through the Delhi-Meerut highway. By Friday afternoon, Ghazipur became one of the largest concentrations of protesting farmers.

Size of Ghazipur gathering has grown manifold since morning with the arrival of fresh tractors and vehicles, predominantly from western Uttar Pradesh. @IndianExpress https://t.co/IBDbAbPdpq pic.twitter.com/8mNt6CmgaC

As support for him kept swelling, the police was forced to remove its security arrangements late at night. Within hours, the Rashtriya Lok Dal chief Ajit Singh announced his support to the BKU. RLD is said to be mobilising people in support of farmers in the regions of its influence in western UP currently. “It is a matter of life and death for farmers, but do not worry. All have to stay together, united in this – this is Chaudhary Sahab’s (Ajit Singh’s) message,” the RLD vice-president said in a tweet in Hindi. Ajit Singh’s son Jayant Chaudhary, too, reached Ghazipur on Friday morning to spend time with farmers.

The way that Tikait has found support may worry the BJP. Rakesh Tikait, the younger son of the late BKU leader Mahendra Tikait, holds a significant command over the dominant Jats in western UP. In multiple elections after the 2013 Muzaffarnagar riots that drove a deep wedge between Jats and Muslims, both Rakesh and his elder brother Naresh Tikait have clearly been supporting the BJP and its brand of Hindutva politics. Jats are the mainstay of BJP’s influence in western UP, because of which the saffron party has managed to wipe out traditional parties like RLD, Samajwadi Party and Bahujan Samaj Party from the electoral map of the region.

Until now, the farmers’ protests in Ghazipur, where the biggest contingent was from western UP, had been rather muted in comparison to the sit-ins at Tikri and Singhu borders. However, the plan for a late-night crackdown at Ghazipur has now put the western UP farmers at the forefront of the farmers’ struggle against the farm laws. The way events unfolded on Thursday evening can also potentially consolidate western UP farmers against the saffron party. Rakesh Tikait seems to be repeating what his father Mahendra Tikait had done in 1988 when he mobilised lakhs of farmers in the national capital against the then Rajiv Gandhi government on a range of farm-related issues.

The state crackdown may have just gifted Tikait an opportunity to rebuild agrarian politics in western UP – something former Prime Minister Charan Singh has astutely created in the late 1970s and ’80s.