The farmers have rejected the proposal and said that while they are eager to consider future proposals, this one is an "insult" to them. A representative of a farmer organisation shows a government proposal after a meeting on the Centres farm reform laws, near Singhu border in New Delhi, Wednesday, Dec. 9, 2020. Photo: PTI

On Wednesday, the Centre sent agitating farmers a proposal to consider in place of the latter’s demand for a repeal of the three farm laws. The farmers have rejected the proposal and said that while they are eager to consider future proposals, this one is an “insult” to them and their protest.

The 20-page proposal contains a summary of the government’s version of the farm laws until page 8, after which the proposed “amendments” are written. Below is the full text of these proposed amendments, from page 8 to 20.

The following has been translated from the original Hindi by Naushin Rehman.

The Farmers’ Produce Trade and Commerce (Promotion and Facilitation) Act, 2020 as well as the Farmers (Empowerment and Protection) Agreement on Price Assurance and Farm Services Act, 2020 have been passed by the Parliament of India under Entry 33 of List III (Concurrent List) under Schedule 7 of the Constitution.

As per the above Entry 33, the Parliament may pass an Act with respect to trade and commerce, production and distribution of food items. Under Entry 26 of the state list, subject to the provisions of Entry 33 of the Concurrent List, the state assembly has the power to pass an Act regarding trade and commerce within the state. Therefore, it is clear that both the Acts are constitutional.

Proper legal advice has been obtained by the government at the time of introducing this Act and prior Ordinances.

The government is ready to consider with open mind the provisions of the Acts to which the farmers have an objection.

Issue: It is feared that the mandis set up by the mandi committees will be weakened and the farmers will be in the clutches of private mandis.

The new provisions provide more options to sell the crop, keeping the previous options open. Farmers will now be able to sell crops outside the mandis, such as from store houses, cold storages, factory premises or even from their fields.

There will be more competition in crop procurement from the farmer as new traders will become direct buyers of the crop and so the farmers will get higher prices.

All the restrictions of intra-state and inter-state trade will be removed.

In addition to the new provisions, the option before farmers of selling the crop in mandis and government procurement agencies at MSP will remain unchanged.

Also read: Will Block All Delhi Roads One by One’: Farmer Leaders Reject Centre’s Proposal

Issue: Instead of making an arrangement for the registration of the buyer, a system has been put in place for purchasing the crop from the farmer only on the basis of PAN card, due to which there is a possibility of cheating.

With a view to provide more options of marketing to the farmers in the new Acts, there is a system of carrying out business with the buyer on the basis of PAN card.

As per the law, the Central government reserves the power to formulate rules regarding the registration of traders, the method of trade and the mode of payment.

There is already a provision to implement registration system on the basis of documents other than PAN Card. 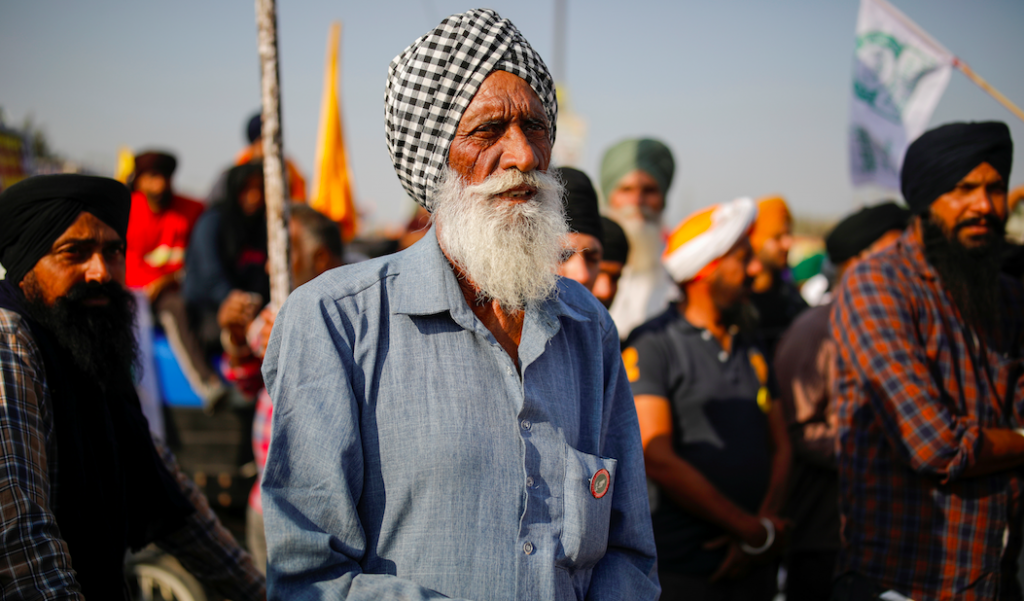 Farmers listen to a speaker during a protest against the newly passed farm bills at Singhu border near New Delhi, India, December 9, 2020. Photo: Reuters/Adnan Abidi

Issue: The farmer does not have the option of approaching the civil court for dispute resolution. Therefore, there is a possibility of not getting justice.

A provision has been made to enable farmers to get justice quickly, easily and at a low cost and to resolve the dispute within 30 days at the local level.

The first arrangement in both the Acts is to resolve disputes on the basis of mutual agreement through a Board of Conciliation.

To address the doubt in this regard, in addition to the provision in the new laws for resolving disputes, the option of going to the civil court may also be provided.

Issue: There is no system for the registration of agricultural contracts.

Under the Farmers (Empowerment and Protection) Agreement on Price Assurance and Farm Services Act, 2020, there is already a provision to make arrangements for registration of contracts by the state government.

State government also has the right to establish a registration authority.

Until the state governments set up a system of registration, suitable arrangements will be put in place to make the copy of all written agreements available at the concerned SDM office within 30 days of signing the agreement. 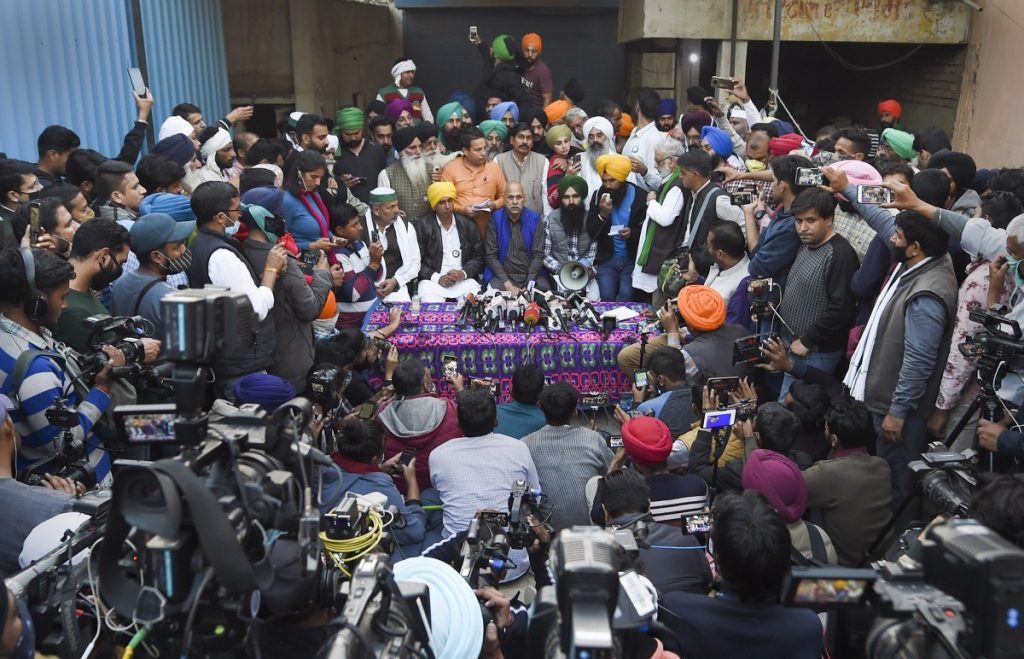 Issue: Big industrialists will take over farmers’ land and the farmers will be deprived of their land.

Under the Farmers Agreement Act, there can be no agreement on sale, lease or mortgage of the land or premises of the farmer.

There is a provision that no structure can be constructed on the land of the farmer, and if constructed, it will be removed by the Sponsor on the expiry of the agreement period.

If the structure is not removed, then it will be the property of the farmer.

Though the provision is already clear, it will be made further clear that no loan can be availed by the sponsor against the structure constructed on the land of the farmer nor can such a structure be accepted as a surety.

Issue: The land of the farmer will be attached.

Under Section 15 of the Farming Agreement Act, there is a clear provision that no action for recovery of any amount shall be initiated against the agricultural land of the farmer.

While the Sponsor is bound to purchase the crop at full price as per the agreement, there is no restriction for the farmer.

The provision is clear yet if any clarification is required, it will be issued.

Issue: The farmers will no longer have the option to sell their produce through government agencies at support prices, and all agricultural produce will be traded in private hands.

The new Acts have not interfered with the support price system and government procurement.

State governments have the right to set up support price centres and are free to set up such centres in mandis.

The system of procurement on MSP has been strengthened by the central government. This year’s bumper procurement of rabi and kharif crops is an example.

The Central government will give written assurance regarding the current procurement system of MSP.

The Electricity Amendment Bill has currently been tabled for discussion.

Regarding DBT, it has been proposed that the state government will deposit the subsidy payment in advance directly into the consumer’s account. There will be no change in the present system of farmers’ electricity bill payment.

Under the present provision, fines and criminal proceedings can be imposed on stubble burning.

The objections of the farmers will be addressed appropriately regarding the provision for stubble burning under the Air Quality Management of NCR Ordinance, 2020.

Honouring the farmers of the country and with an open mind, the Central Government has tried to resolve all issues with full compassion. Therefore, all the farmer unions are requested to end their protest.