From the Pagari Sambhal Jatta to Now, How India's Farmers' Movements Have Evolved

While the current movement draws from agitations of the past, the focus of protesting farmers has changed several times from the pre-independence period to now. Nihangs and farmers take part in a procession at the Singhu border, one of farmers agitation sites, in New Delhi, Sunday, Nov 21, 2021. Photo: PTI

Chandigarh: What is the common link between the Pagari Sambhal Jatta movement in 1907, considered one of the first major peasant movements in India, and the present-day farmers’ protest?

Agricultural economist Sucha Singh Gill told The Wire that these three Bills fuelled major unrest in the then farming community in present-day Punjab and Haryana, because they denied ownership rights to farmers and even increased the rate for using canal water.

These laws also prohibited the farmers from building houses or felling trees on their land. The laws stated that if the farmer’s eldest son died before attaining adulthood, the land would become the property of the government and wouldn’t be passed to the younger son.

Gill said that the movement, also supported by Lala Lajpat Rai, was successful in forcing the then colonial powers to repeal these laws, even though Ajit Singh and Lala Lajpat Rai were later arrested for episodes of violence.

“But this farm protest was much bigger and larger in participation. It was spread over different parts of India. It got support from heads of different nations as well. It grew in scale and size, and is perhaps the longest public movement in modern world history,” said Gill.

He added that the major highlight of the protest was the participation of women and the support it got from different sections of society.

Also read: From Students, Dalits to the Punjabi Diaspora, Volunteers Made the Farmers’ Protest a Success

Gill said, “One major takeaway of this protest is that it became a symbol of reinventing the republic. That is the reason it is seen as the first major political defeat of the present regime, as Prime Minister Narendra Modi was forced to announce the repeal of the laws, which were otherwise projected [by the government] as big-ticket agricultural reforms.”

Farmers were convinced that these new farm laws were rooted in the corporatisation of agriculture in India.

Different phases of the farm movement

According to Gill, the farm movement in India can be divided into three major phases: the pre-independence struggle, post-independence land reform movements, and neoliberalism and free market economy phase.

During the pre-independence phase, the farmers’ movement was largely influenced by the British Raj’s excesses, like imposing high taxes, forcing farmers to grow certain kinds of crop that suited and enhanced the commercial interests of colonial traders and masters, and passing unjust laws seizing control over peasant land, as was witnessed in the Pagri Sambhal Jatta movement. 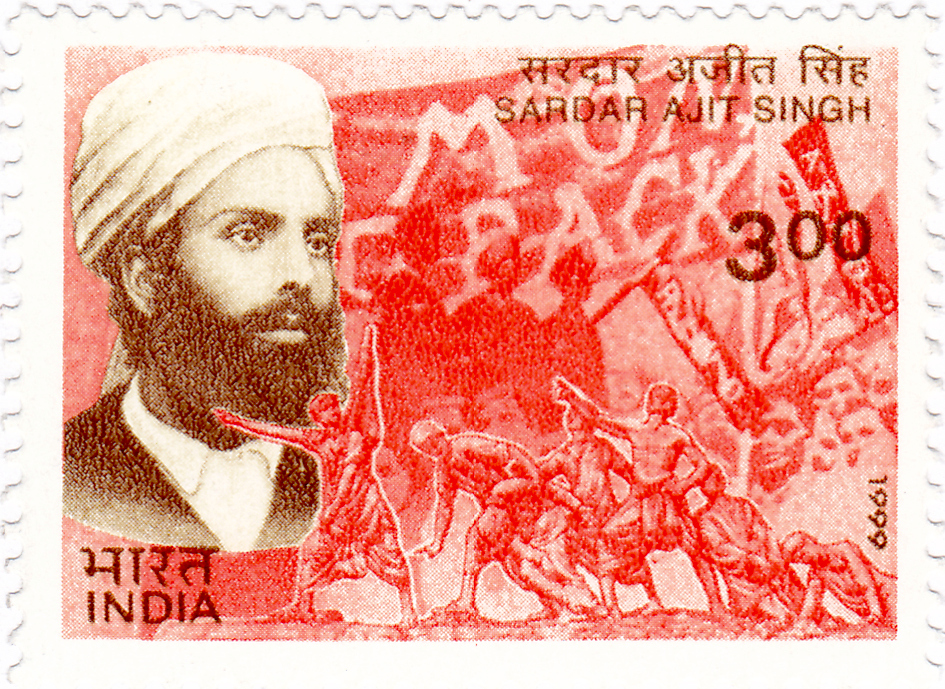 The Champaran satyagraha was one such peasant movement against unjust laws in the British period. The Calcutta Tenancy Act forced tenant farmers in Bihar’s Champaran district to grow indigo, a natural dye that had huge commercial value in the global textile industry, on a major portion of their farm land, said Manish Sharma, chairperson of the Centre of Gandhian Studies at Panjab University, Chandigarh.

He said the movement was important in the sense that this was Gandhi’s first satyagraha after he arrived in India in 1915. Champaran farmers were in trouble due to the Britishers’ dickat to grow indigo. They were not paid proper wages for their crop, as the majority of the profit was being pocketed by British traders.

The major season, Sharma said, for farmers’ dissatisfaction against the indigo crop, was that it needed large amounts of water and often left the soil infertile.

However, if they refused to grow the crop, there was a provision to end their tenancy and seize land ownership, which built anger among the local farming community.

When Gandhi arrived in India in January 1915, a local advocate named Raj Kumar Shukla approached him and invited him to visit Champaran. Gandhi led an organised protest, resulting in the abolition of the tinkathia system.

This movement made Gandhi a mass leader who successfully ended the forced cultivation of indigo, said Sharma.

According to Sharma, immediately after the Champaran movement was the Kheda satyagraha in Gujarat. In 1918, crops failed in the Kheda district, but the government still insisted on the full collection of land revenue.

Gandhi, along with Sardar Vallabhai Patel, supported the peasants and advised them to withhold the payment of revenue till their demand for its remission was met.The satyagraha lasted till June 1918. The government conceded to the peasants’ demands.

According to academics, the peasant movement in the pre-independence phase also emerged as a broader struggle against the colonial government. This played a key role in the freedom movement in terms of mobilising masses in villages.

It also gave birth to independent organisations like the All India Kisan Sabha in 1936, which fought several battles against the zamindari system.

Economist R.S. Ghuman told The Wire that farming in any phase in the last 100 years was always in one or another type of crisis due to unjust policies of the government of the day.

The farm protests in different phases were primarily to protect farmers’ own interests. In the pre-independence era, it was engaged with the freedom struggle as well. But immediately after independence, the focus of farmers’ movements shifted to land reforms.

Explaining this, Ghuman said that in Punjab and other states like West Bengal, Bihar and Maharashtra, the movement focusing on ‘land for tillers’ gained prominence. This means that the land should be owned by those who cultivate it.

Secondly, the farm movements also focused on reforms in tenancy laws of Britishers era. In earlier times, landless farmers used to cultivate land owned by landlords. They worked under the will of landlords, and landlords had the power to throw farmers out if the latter did not toe the line. Farmers were also exploited in terms of low remunerations and pitiful working conditions. Post independence, these movements focused on reforms in tenancy laws in order to protect the interest of the farmers, added Ghuman.

According to Ghuman, most of these movements in the post-independence phase were Left-leaning. In Punjab, there was one such struggle by the the Patiala and East Punjab States Union (PEPSU) known as Muzara Lehar. PEPSU was a state of India, uniting eight princely states between 1948 and 1956, before it merged with Punjab.

The land ceiling Act, limiting individual landholding to 17 acres, also came from these movements, added Ghuman. Labour rights movements in the farming sector too began at the same time.

Meanwhile, farmers in Punjab also fought the anti-betterment Levy struggle launched during Partap Singh Kairon’s government against a tax imposed on farmers for using the irrigation water flowing from the Bhakra Nangal dam, leading to its abolition.

Elsewhere, the Tebhaga movement in West Bengal, demanding that tenants should be allowed to keep two-thirds of their produce, and Telangana movement in the Hyderabad area that sought to abolish land ownership in the hands of a few ruling classes, too were fought on similar lines.

The Naxalbari movement that emerged from Naxalbari village of Darjeeling district in north Bengal too was linked to securing land rights for small and marginal farmers. But the movement turned violent, leading to the execution of several landlords in the area.

Different phases of farm movements began once land rights settled in and the Green Revolution was introduced to free the country from food imports.

Several pro-farmer policies were put in place. The concept of assured returns or minimum support price (MSP) too originated then. But since the implementation of the MSP system was not effective and there was no fair assessment of the government procurement price, the next level of farm movements were fought under the banner of the Bharatiya Kisan Unions. 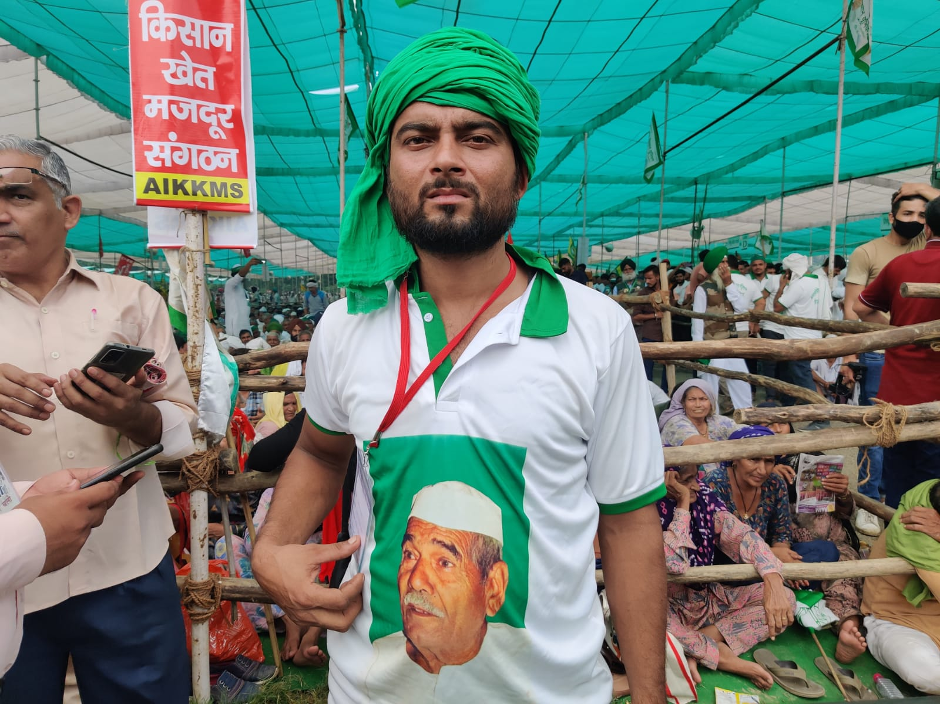 The major focus of the BKU was to seek better remunerations for farmers as the advantages of the Green Revolution started declining by the 1990s. This created a new problem – farmer suicides, in the wake of mounting debt on farmers. Many protests were started in order to waive farmers’ debt since the 1990s.

Present phase and its impact

In the recent study by economist Lakhwinder Singh and sociologist Balbir Shergill, it was revealed that the present three laws passed by the BJP government at the Centre should not be seen in isolation but are in continuity of liberalisation, privatisation and globalisation processes initiated by the Union government in 1991.

Two thoughts are prevalent in this neoliberal approach. First, a set of economists and the current BJP regime think these policies are the best solution to bring farmers out of fiscal distress. They believed that these policies will lead to a sustainable approach to agricultural development, while also linking farmers’ produce with the free market economy.

The major argument of the BJP government behind these farm laws too supported this viewpoint – that farmers, under the new regime, will be free to sell their products outside government-controlled mandis and this will translate into better prices for their produce.

However, economist R.S. Ghuman said that this narrative is faulty. The current phase of the farmers’ movement is rooted in stiff opposition to these market-driven agricultural practices, which farmers fear will start the corporatisation of agriculture in India.

“Farmers also fear that this will trigger the process to end the assured price-based approach currently existing and further dismantle government mandis that ensured smooth government purchase of their produce,” said Ghuman.

According to him, the non-farm sector could not generate enough employment for farmers and farm labourers. This is why farmers were apprehensive that the new reforms would further push them deep into the crisis, snatching their livelihood as well as dignity.

Also read: Farmers Win on Many Fronts, Media Fails on All

“In light of this, the current farm protest was of great importance. First, the protest of such a large scale remained peaceful. Second, it was first major struggle against modern neoliberal policies which are not in the best interest of the farmers,” said Ghuman.

“Therefore, there is the need to move from corporatisation of agriculture to cooperative agriculture, where farmers must have a say in decision making as practiced in countries like Japan. Agriculture is the best tool for the country’s sustainable development and taking people out of the poverty. Therefore, all future reforms in the country as far as agriculture is concerned must be done with due process of all stakeholders,” said Gill.