Latest survey data confirms the increasing importance of livestock activities, which should come as a signal for policy makers. 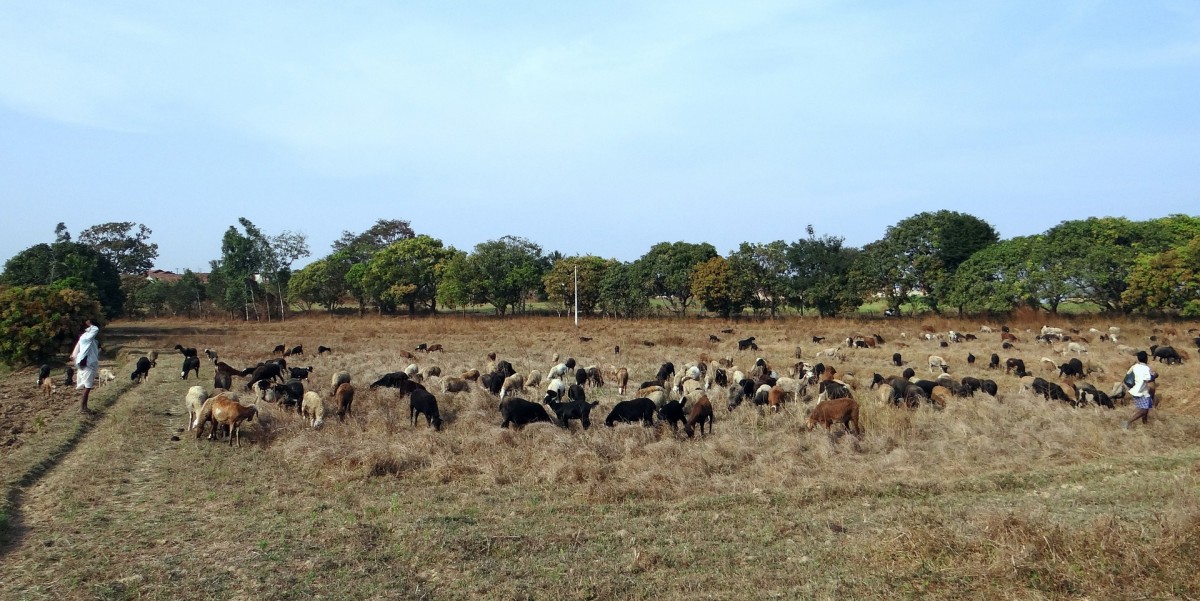 While the latest decennial NSS 77th round Situation Assessment of Agricultural Households (SAS) shows some improvement in the total income of farmers from various sources, a 10-percentage fall in the share of income from crop cultivation has also been reported during this period, which should be a cause for concern to policy makers.

Smaller land holdings having low economic viability and increasing expenses are making farmers and their family members migrate to cities and look for alternative employment.

A categorisation of states on the basis of net income of farmers from crops shows decline in their income in Assam, Jammu and Kashmir and Nagaland and an increase in Maharashtra, Chhattisgarh, Uttarakhand, Manipur, Gujarat, Sikkim and Uttar Pradesh. Farmers in Punjab, Haryana, Telangana, Karnataka, Madhya Pradesh earned much higher than those in other states but experienced only a marginal increase in net receipts over a period of six years (Table 1).

In a majority of the states, farmers net income from crop production is less than Rs 4,000 per month. Data in case of northeastern states should be considered carefully due to very high income (Rs 22 lakh per annum) reported in certain states, especially of farmers owning more than four hectares of land.

From 2012-13 to 2018-19, the net income from crop production has barely grown at 1.6% per annum at 2011-12 prices; between 0.5% to 3% in Chhattisgarh, Haryana, Maharashtra, Punjab, Rajasthan, Telangana and Uttar Pradesh and more than 3% in Karnataka, Tamil Nadu, Uttarakhand and West Bengal. In most of the states, we find a negative rate of growth in net farm income per annum (Table 2).

From a comparative analysis of agricultural households’ earnings from various sources and the underlying changes in the composition of their income, we find that livestock and wages-salaries hold the key. In other words, farmers are increasingly taking to livestock as it provides an opportunity to earn regular income, unlike the same from crops which are sold only two or three times a year. The women of the household supplement the efforts of men.

In states where milk cooperatives are well organised, the milk producers are not exposed to volatility of prices. Private investment in the dairy sector and contract arrangements of poultry firms with farmers have also provided avenues and impetus to milk producers and other farm households.

Notably, livestock activities have gained grounds across all the states but at the cost of farming. The share of income from crop cultivation was much higher (>48%) in SAS 2012-13 in Punjab, Haryana, Bihar, Assam, Uttarakhand and Maharashtra but it has considerably gone down between 37% and 48% in SAS 2018-19 (Table 3).

Only Chhattisgarh, Haryana, Punjab, Karnataka, Maharashtra, Madhya Pradesh, Uttar Pradesh, Telangana and north-east states have more than the national average share of 37% of income from cultivation. Even in the agriculturally advanced states viz. Punjab and Haryana, it would be misleading to say that the relative prosperity of farming is from crop cultivation as its share has gone down.

A slow increase in rate of growth in income from crop cultivation may reflect limits to growth from small holdings. An increase in the input cost (mainly of labour and fertiliser-manure) that barely corresponds with increase in the price of output is also making crop cultivation increasingly unremunerative. This may also provide a context to the farmers agitation since the promulgation of three Ordinances in June 2020.

Livestock as driver of farmer’ income

It appears that farmers cannot remain dependent on farming as a source of livelihood to meet their consumption and other expenditures. The annual rate of growth in income from livestock activities is much higher (10.8%) in comparison to wages (9.78%), non-farm business (1.86%) and crop cultivation (1.6%). Livestock activities are more popular among the small land holders due to low opportunity cost and their capability to produce at a lower cost, due to availability of labour.

It is therefore important for the respective state governments to provide an enabling environment to farmers. Extending credit, livestock insurance and extension services can help them and also their women to take advantage of the growing opportunities in the dairy sector. Higher public investment is required in research on productivity enhancing technology with due consideration of mitigating greenhouse gas emissions, opening up of veterinary clinics/hospitals, vaccination set-up centres and the automation systems.

Next to livestock, income from wages is an important source of income for a farm household. As measured by the National Statistical Office in the Usual Principal and Subsidiary Status, between 1999‐2000 to 2011-12, employment in the construction sector grew by an annual rate of 9.3%.

A large number of workers from the agriculture sector found employment in this sector due to which its share in total workforce more than doubled from 4.4% to 10.5%. Continued efforts are needed to increase employment intensity in the manufacturing and tertiary sectors, especially in the agro and food processing that has immense potential to absorb people. This is especially true for rural youth who need to be provided skills and training to find respectable jobs outside agriculture. Strengthening small scale rural industries with adequate incentives structure can also be helpful.