Why Cassava Has So Much Potential in Sub-Saharan Africa

Its resistance to high temperature, drought and the ability to delay its harvest has made cassava extremely favourable for farmers.

A researcher harvests a cassava root from a farm in Abuja, Nigeria. Photo: ifpri/Flickr, CC BY 2.0

Cassava has been largely neglected for several reasons by policymakers, philanthropic institutions and international development agencies. Several food policy analysts consider cassava to be an inferior food based on the fact that it’s per capita consumption will decline with increasing per capita incomes. Despite such debates, there are several instances across Africa where the development of the cassava value chain has not only ensured food security but also helped rural populace to effectively mitigate climate change.

According to the Global Cassava Development Strategy, “Cassava will spur rural industrial development and raise incomes for producers, processors and traders. It will contribute to the food security status of its producing and consuming households”. Cassava is an essential part of the diet of people in Africa and provides a sustainable source of livelihood for millions of farmers. Therefore, in many parts of sub-Saharan Africa, cassava is referred to as a ‘complete crop’, and the second most important source of carbohydrates after maize. It is eaten by about 500 million people every day in the continent. .

Cassava was introduced into Africa by the Portuguese traders from Brazil in the 16th century. It was initially adopted as a ‘famine-reserve crop’. Currently, about half of the world production of cassava is in Africa. It is cultivated in about 40 African countries. About 70% of Africa’s cassava output is harvested in Nigeria, Democratic Republic of Congo and Tanzania.

Because of its resistance to high temperature, drought and increased concentration of atmospheric carbon dioxide, cassava has very much adapted to climate change. It thrives in growing conditions in agroecological areas and seasons which would not otherwise be suitable for other crops. Because it has no definite maturation point, harvest may be delayed until market, processing or other conditions are more favourable for the farmers.

“The cassava root will come to brush off the expected temperature rises of up to 2 degrees Celsius in Africa by 2030 and could even prove to be more productive in the warming climate”, says a study. “Cassava is a survivor, it is like the Rambo of the food crops”, said Andy Jarvis, a climate scientist and the lead author of the report.

Demand for the value added product of cassava is growing in domestic and regional markets, especially in Gabon, Central Africa and Equatorial Guinea. However, in a country like Cameroon, farmers have reported several challenges when it comes to processing and value addition of cassava products. 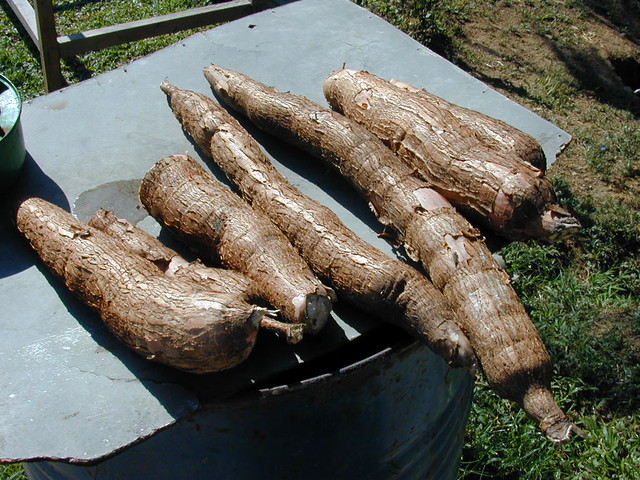 “Most of the activities within the cassava value chain such as planting, processing, and selling are generally carried out by women”, said Herve Killian, a local journalist based in Dschang. According to Killian, there is an urgent need to provide skill-building training programmes for the women farmer, especially on value addition and processing of cassava products.

Thanks to some pioneering local civil society organisations today, many small scale farmers, especially the women farmers in Cameroon, have been reaping the diverse benefits from cultivating and processing cassava. Take, for instance, 42-year-old Emilia Ngtto, a woman farmer in Bakingili village, South-West, Cameroon.

“Earlier, we used to cultivate cassava only for our household consumption. But since we have received training programmes from ERuDeF on value addition, now we have increased cassava cultivation on our farmland”. said Emilia Ngtto. Apart from selling cassava roots, she is also preserving a part of her cassava harvest to make ‘water fu fu’. She is fetching good market price by selling value-added products of cassava in her locality.

Similarly, there are several other women farmers in Bakingili village who are now making optimum utilisation of cassava and transforming their lives socially and economically. Emilo Mork (38), happily said, “With the money, I earn from cassava now, I am sending my children to school and paying their school fees”.

Farmers are now cultivating cassava along with maize, plantain and banana and the yield is encouraging. “I was cultivating cassava as a single crop. But now I am harvesting diverse crops along with cassava by multi-cropping and inter-cropping on our farmlands”, said a local woman. And this can be seen on the diverse farmlands and rich food plate of the farmers in Bakingili.

In Cameroon, women account for 75% of the agricultural labour force and 80% of food production, and operate mainly in the informal sector. Furthermore, 52% of poor households are headed by women. In the value chains, women represent the critical mass of the labour force. Nonetheless, they have limited access to land and only 4% of them own land.

There is a great potential of cassava to reinforce food security, particularly with the increased population, recurrent droughts, disasters, market opportunities and recent policies aimed at reducing cereal imports in the sub-Saharan Africa. 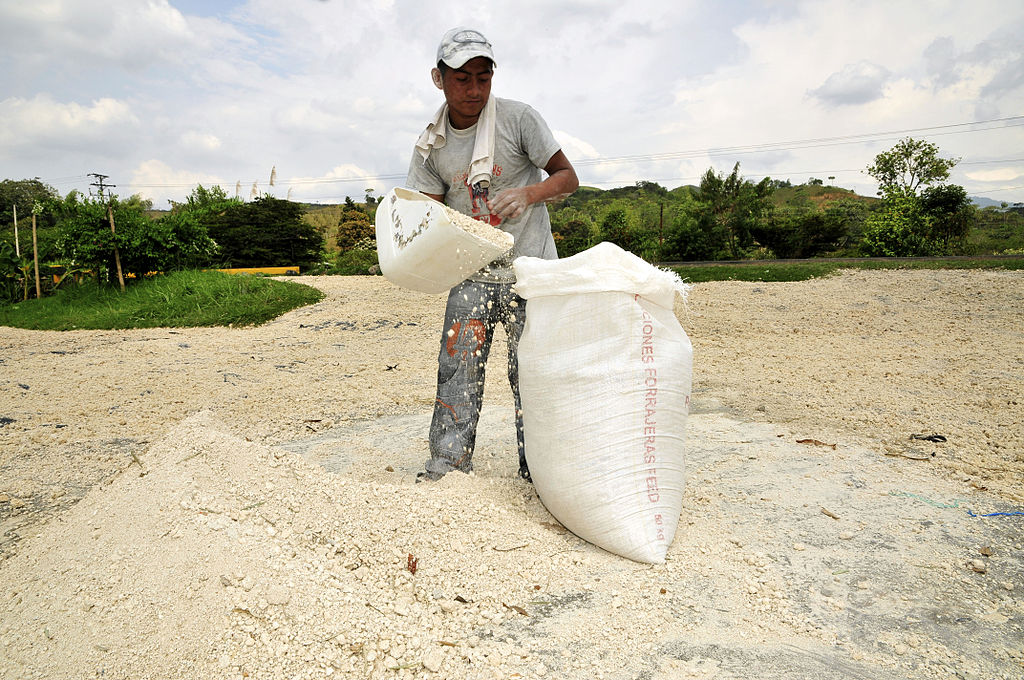 “Considering the rapid migration to urban centres, it is critical to support and further improve the value chain of cassava”, said Mohammad Abdul, a PhD scholar at the University of Dschang. “Harnessing the prospective commercial role of cassava should be given top priority by the government of Cameroon”.

Moreover, there is also a need to promote public and private partnership model, with a special focus on institutionalising farmers groups who are major stakeholders, supported by infrastructural developments. This will substantially reduce the current high production costs and make cassava more competitive with grains, thereby encouraging more farmers to cultivate cassava.

In a continent, where cassava has been greatly affected by pest and disease attack until recently, inclusive research and development efforts are imperative in crop protection, integrated pest management, and tissue culture.

“Tackling cassava’s vulnerability to pests and diseases could be the final hurdle to a food secure future for millions of people,” said Jarvis. “If we are well-prepared for these threats, cassava could be one of the most climate change-resilient crops an African farmer can plant.”

Abhijit Mohanty is an Indian development professional currently based in Cameroon, Central Africa. He has extensively worked with the indigenous communities in India, Nepal and Cameroon on the issues of their land, forest and water.