Documents accessed under the RTI reveal that while the agriculture ministry wanted leftover funds from PM Kisan to be transferred to other importance schemes, the finance ministry refused.

New Delhi: During the last few years, the Modi government has claimed many times that they are paying farmers fair prices for their produce and that the Centre is taking effective steps in this direction. Such claims have been made by Prime Minister Narendra Modi, the Union agriculture minister, the Union finance minister and other Bharatiya Janata Party leaders in political rallies as well as in parliament.

However, this claim does not match the Centre’s actual efforts as recorded in official files. There were recommendations to increase the budget allocations for two major schemes brought to provide remunerative prices to farmers, but the Ministry of Finance kept them even lower than last year’s budget.

In addition, demands were made to increase the allocations for the Pradhan Mantri Fasal Bima Yojna, interest subsidies on agricultural loans and distribution of pulses to states/union territories for welfare schemes, but the government deemed it necessary to keep their allocations low.

This has been revealed by documents obtained by The Wire under the Right to Information (RTI) Act.

This year, heavy cuts have been made in the budget for two major schemes regarding the minimum support price on the procurement and storage of agricultural products like pulses, oilseeds and copra other than wheat, paddy and coarse grains (jowar, millet and maize) – the Market Intervention Scheme and Price Support System (MIS-PSS) as well as Pradhan Mantri Annadata Aay Sanrakshan Abhiyan (PM-AASHA).

However, the Department of Economic Affairs of the Ministry of Finance dismissed these demands and fixed the budget for MIS-PSS and PM-AASHA at merely Rs 2,000 crore and Rs 500 crore, respectively, for 2020-21. In addition, the revised budget for the current financial year for MIS-PSS was also kept at Rs 2,010.20 crore against the demands of the agriculture department.

This amount is considerably less than the allocation from last year. During the financial year 2019-20, Rs 3,000 crore and Rs 1,500 crore were allocated under MIS-PSS and PM-AASHA respectively.

Documents reveal that owing to the savings achieved in the allocated amount, the agriculture ministry had recommended that the allocation for PM Kisan be reduced to Rs 60,180 crore for 2020-21. But rejecting this recommendation, the finance ministry allocated an amount of Rs 75,000 crore, which is the same as the previous year.

Note that The Wire has earlier reported several times how it is impossible to spend the whole amount of the budget allocated for PM Kisan within a year.

One of the main reasons is that the Union agriculture ministry does not have clear data on the total number of farmers in India. Under the PM Kisan scheme, there is a provision to add Rs 6,000 farmers’ accounts in three instalments of Rs 2,000 each every year.

However, contrary to the demands of the agriculture ministry, a very small budget was approved. 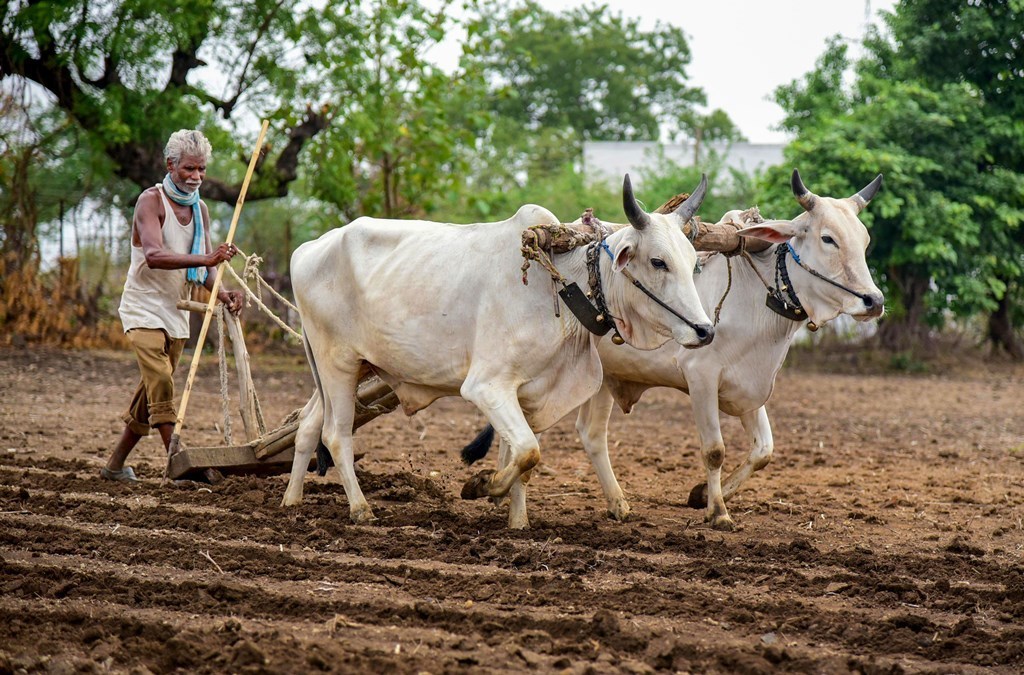 A meeting was held on November 8, 2019, chaired by the then secretary of the Department of Expenditure of the finance ministry, Atanu Chakraborty, in which the budget for the agriculture ministry was determined. In this meeting, the additional secretary and financial advisor of the agriculture ministry gave a detailed powerpoint presentation on the demand to increase the allocation for some special schemes.

According to a file note on this meeting, secretary to the agriculture ministry Sanjay Agrawal had said that additional funds are needed to release subsidies to NAFED (National Agricultural Cooperative Marketing Federation of India) under the MIS-PSS scheme, so that it can pay interest on government guaranteed loans.

For this, the ministry had proposed that the amount left unused under PM Kisan and other schemes be diverted to increase the allocation of these schemes.

However, Chakraborty questioned why more beneficiaries could not be added under PM Kisan. He said that a large portion of the amount allocated to the agriculture ministry has not been spent and the total expenditure till September 2019 is only 39%. On the basis of these arguments, the budget for schemes guaranteeing MSP to farmers was not increased.

Significantly, after allocating the budget, the finance ministry wrote a letter to the agriculture ministry stating that any amount allocated to a particular scheme cannot be diverted to another scheme. The ministry said that any such diversion will not be permissible without the approval of Ministry of Finance.

In a confidential letter to the financial advisor of the agriculture ministry dated January 4, 2020, the joint secretary of the budget division in the Department of Economic Affairs, Ministry of Finance, Rajat Kumar Mishra said that based on overall priorities of the government, the finance ministry allocates more for major items of expenditure.

The letter said, “In past it has been observed that Ministries have diverted these allocations to other schemes, without explicit approval of Ministry of Finance. Hence, it is again reiterated that the allocation for the important schemes cannot be reduced below the indicated level. Any such diversion, without the approval of Ministry of Finance, will not permissible.”

The letter attached with this Office Memorandum (OM) shows that PM Kisan is an important scheme of the Ministry of Agriculture and the budget allocated to it cannot be reduced.

Ministry of Finance letter … by The Wire on Scribd

The letter also stated that the expenditure incurred in the remaining part of the current fiscal should remain within the ceilings of Revised Estimates 2019-20. Rush of expenditure, particularly in the closing months of the financial year, shall be regarded as a breach of financial propriety and should be avoided.

The ministry said that the savings achieved under various schemes should be immediately surrendered.

The Wire has sent a list of questions to the Union Ministry of Agriculture and NAFED to find out the effects of budget cuts on the procurement process under MSP. Their response is still awaited. The story will be updated as and when a response is received.

‘Impact on procurement under MSP due to reduction in budget allocation’

The PM-AASHA scheme was launched by the Ministry of Agriculture in October 2018, following a long demand for purchase of pulses, oilseeds and copra at MSP. The ongoing Price Support Scheme has also been included under it.

The Market Intervention Scheme (MIS) was launched to protect farmers from selling their produce at throwaway prices in the event of bumper crop. This scheme generally applies to products like potato, tomato and onion.

However, a comparative study of procurement made under these schemes during the financial years 2018-19 and 2019-20 shows that procurement is quite less as against the total production. Agrarian experts claim that a major reason behind it is the lack of budget allocation for these schemes.

In the documents accessed by The Wire, the agriculture ministry has clearly acknowledged that there are very few claims under the PM-AASHA scheme. The situation is such that not even a rupee was spent under this scheme in the first six months of the financial year 2019-20.

Swaraj India Party president Yogendra Yadav says that the objective of the schemes was to ensure that farmers should at least get the MSP announced by the government.

“The real scam of the government is that farmers are not even receiving the MSP that has been fixed. It is surprising that the budget of these schemes is being reduced,” he said.

Also read: India’s Bumper Wheat Crop Should be Giving Jitters to the Food Corporation of India

However, former agriculture secretary Siraj Hussai does not consider the reduction in the budget amount of the scheme as a major issue. “If the government intends to procure on MSP, it will do so. Fund is not the issue, only the intention of the government should be right,” he claimed.

According to data from the Ministry of Agriculture, the total estimated production of pulses (gram, lentils, moong, toor and urad) during 2018-19 was 220.80 lakh tonnes. Out of this, 80.90 lakh tonnes of pulses were produced during the kharif season and 139.80 lakh tonnes in the rabi season. At the same time, the production of oilseeds (groundnut, mustard, black sesame, soybean and sunflower) was 315.22 lakh tonnes.

However, under the Price Support Scheme (PSS), 37.73 lakh tonnes of pulses and oilseeds were purchased during 2018-19 which is only 7.4% of the total production.

According to the reply given in the parliament by the Ministry of Agriculture, no procurement under PSS has taken place from Madhya Pradesh, the largest soybean producing state.

Similarly, according to the second advance estimate of crop production released by the Ministry of Agriculture on February 18, 2020, the estimated production of pulses and oilseeds in 2019-20 is 230.20 lakh tonnes and 341.88 lakh tonnes respectively.

However, out of it, only 12.14 lakh tonnes of pulses have been purchased till February 27, 2020 and 17.34 lakh tonnes of oilseeds have been procured till January 28, 2020. These figures of government procurement make up only 5.3% of the total production.

Similarly, the government procurement of oilseeds has also been quite low.

Note that under the policy of the government of India, doubling the income of farmers by 2022 and giving farmers remunerative prices for their produce is a crucial part.

The Agricultural Costs and Prices Commission (CACP), which recommends the MSP, has repeatedly stated in its kharif and rabi report that the government should open procurement centres in large number to give remunerative prices to farmers and promote MSP in rural villages and remote areas.

Each year the government fixes the MSP for a total of 22 crops on the recommendation of the CACP. The Food and Public Distribution Department stores wheat, paddy and coarse grains under its previous plans while cotton is purchased by the Ministry of Textiles.