The All India Kisan Sabha claimed that the PM's claim of remunerating farmers according to the recommendations of the Swaminathan report are false. 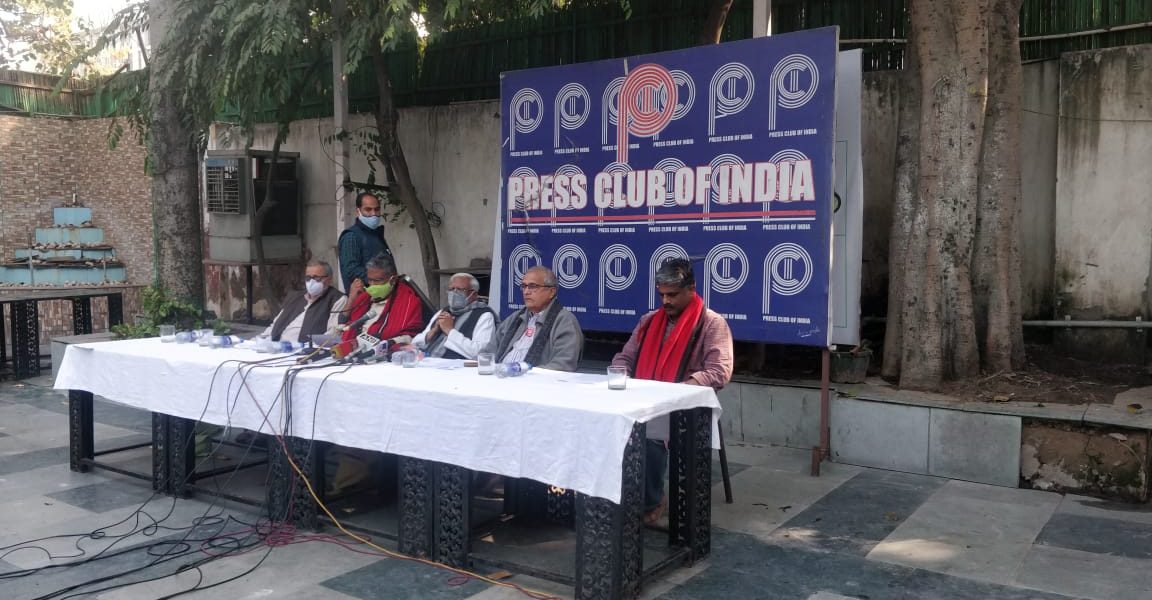 Leaders of the All India Kisan Sabha and farmers’ wing of the Communist Party of India at a press conference, on February 19, New Delhi. Photo: Pawanjot Kaur

New Delhi: A day after farmers occupied rail tracks across the country in continuation of the ongoing agitation against the three agri-marketing laws, the All India Kisan Sabha (AIKS), a constituent of the Samyukta Kisan Morcha (SKM) – the body leading the farmers’ movement, held a press conference on Friday to point out the “lies” of Prime Minister Narendra Modi around the laws.

“From the highest seat of democracy, the person holding the highest office in the country is speaking white lies and misleading the people of this country, turning them against farmers,” said Hannan Mollah of AIKS, who is one of the key negotiators of the meetings that were being held between the farmers and the Centre before January 26.

AIKS is the farmers’ wing of the Communist Party of India (Marxist).

From the Rajya Sabha, on February 8, Prime Minister Modi had said that the minimum support price (MSP) regime will not be removed. “MSP was there. MSP is there. MSP will remain in the future,” he had said.

Mollah said that the prime minister is “hiding facts and truth” from the people of this country which is shaping their opinions against the farmers’ movement.

“At an earlier stage, the prime minister had also said that his government is remunerating farmers according to the recommendations of the Swaminathan report. This is also a white lie,” said Mollah.

Slamming this claim of the prime minister, Mollah added that while the BJP’s 2014 manifesto promised the implementation of the Swamination Commission report, no effort has ever been made towards that front.

“At the moment, Indian farmers are getting 20% less of what the prime minister claims he is paying. He is hiding the facts,” Mollah said. “Only 6% farmers get MSP presently, and only for two crops as opposed to the fact that under the current mandi system, all farmers must be paid as per the MSP set by the mandis and they must be paid for 23 crops,” he added.

Explaining that the three new farm laws will kill the APMC market yards and government procurement will collapse eventually, farmers’ leaders from the AIKS stressed that an Act to make MSP a legal right has to be brought in to “save the farmers of this country.”

Mollah said that during the meetings with the Centre, farmers’ leaders stressed the importance of government procurement under the MSP regime. He also said that the farmer leaders under the banner of the SKM explained to the Centre, in detail, that these laws are a death warrant for farmers of this country. But, according to Mollah, the Modi government doesn’t want to go against its “corporate friends” and hence, is adamant to not repeal these laws. 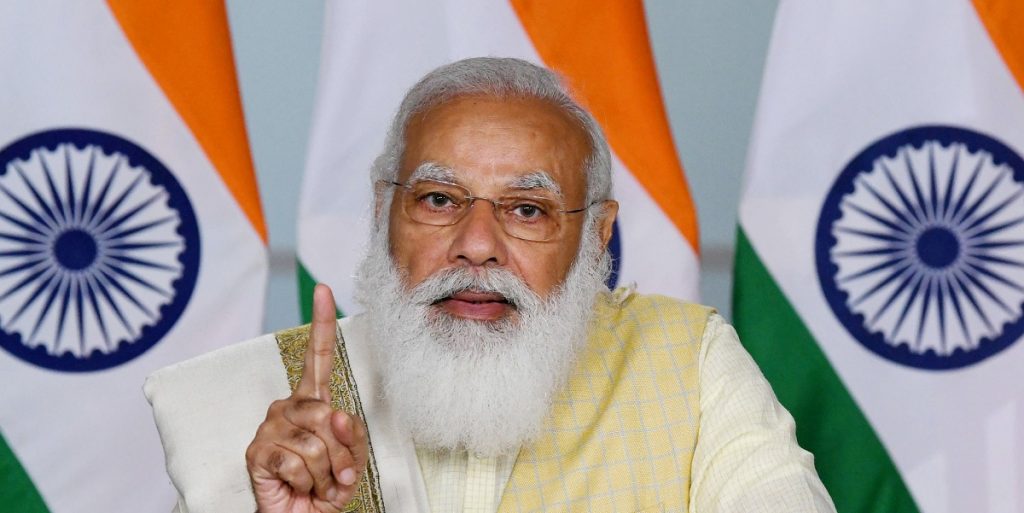 “The government told us that they don’t have enough money to procure under the MSP, but we have charted out a plan for them explaining how they can do it,” Mollah told the media.

In a press note shared by the AIKS, the union explains that the “primary responsibility to provide MSP at c2+50% lies on those who procure” and hence, the “MSP law must make them liable to share a certain percentage of their surplus with the primary producers.”

According to this suggestion of the union, the private entities purchasing from the farmers shall be liable to pay remunerative prices. The press note further said: “The state governments should enact a law with clauses that make it essential for agro processing industries, trade and market enterprise in the private, public and cooperative sectors to share the surplus they acquire through trade and value addition with the respective farmers to ensure MSP@c2+50%.”

Mollah said that after taking their suggestion into account, the government “won’t have  a problem of funds as they complain.”

In the eleven meetings between the farmers and the government, the issue of MSP was not raised. Only the three farm laws were discussed. But the AIKS, in their press conference, stressed that to address the Indian agrarian distress, the government will have to talk about remunerative prices. If not, then the root cause of the agricultural crisis will remain.

Addressing the media, AIKS president Ashok Dhawale stressed that while the issue of the corporate-friendly laws and the need for remunerative prices are the main concerns of this movement, the government is trying to divert the attention, both of the farmers and of the masses.

He said that the arrests and intimidation of farmers, activists and journalists show that the government is muzzling the voice of every Indian who is critical of it. Dhawale believes that a conspiracy was hatched by the Modi government on January 26 to divert the movement and give it a communal colour. He was referring to the clashes reported during the tractor rally on Republic Day.

“They did everything to derail the movement, but even after January 26, at least four major events of mass mobilisation show that the movement is still on track”, he said.

“This goes to show that the unity of farmers and the workers is getting stronger by the day,” he added.