In Haryana and Punjab, all services are expected to remain shut. 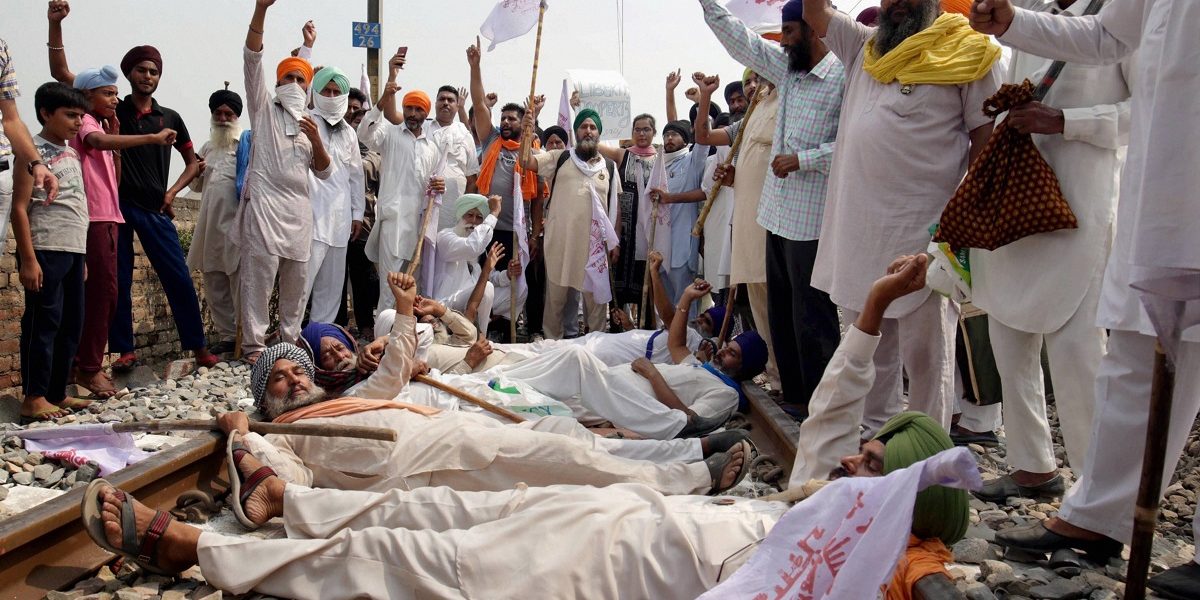 Farmers block a railway track as they participate in 'Rail Roko Andolan' during a protest against the farm Bills at village Devi Dass Pura, September 24, 2020. Photo: PTI

Chandigarh: Farmers’ groups and unions have called for a strike against the passage of the three contentious farm Bills, with many organisations joining hands for a Bharat Bandh on Friday.

Two of the Bills were passed through a voice vote amid a ruckus in the monsoon session of parliament. It has left farmers and many opposition parties across the country unhappy. In Punjab and Haryana, the situation has been particularly volatile. The Bills were initially promulgated as ordinances in of June and farmers from the two North Indian have strongly opposed it since then.

The protests intensified after the Bills were passed. As debate among agriculture and economic experts is still on whether this move by the Centre will be beneficial for the farmers or not, most farmer groups in the country like the Bhartiya Kisan Union (BKU), All India Kisan Union (AIKS), All India Kisan Sangharsh Coordination Committee (AIKSCC) have unequivocally called these reforms “anti-farmer”.

On September 25, 30 farmers’ groups have called for a total shutdown of services in Punjab with the exception of health services and plying of ambulances. Chief minister Amarinder Singh, who is also up in arms against the Centre’s Bills, allowed farmers to congregate despite Section 144 imposed because of COVID-19. He also said that no FIRs will be filed against protesters.

In Haryana, as well, farmers have called for services to remain shut.

Pawan Khatana of BKU, Uttar Pradesh has confirmed that in all states where BKU operates, there will be rallies and roadblocks today. He confirmed that farmers from BKU, may join other organisations, and protest in Karnataka, Tamil Nadu, Rajasthan and Madhya Pradesh also.

On Thursday, the AIKS along with other farmers groups agitated against the Centre’s Bills in Bengaluru. More than 3,000 farmers were a part of the rally.

On Thursday, farmers started a three-day rail blockade against the Bills and squatted on tracks at many places in Punjab. The farmer organisations have also decided to go for an indefinite rail blockade from October 1.