Harinder Bindu, from Bhatinda, has been a farmer for 30 years. But she is not ready to have women thrown under the bus over three laws. 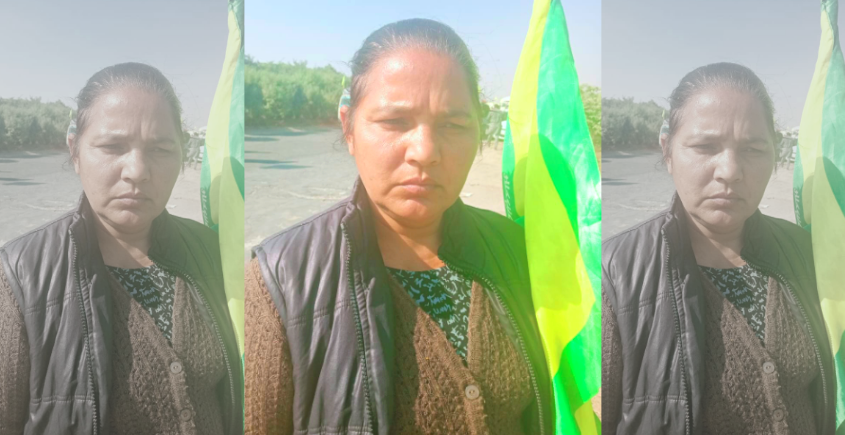 New Delhi: A convoy of at least 10,000 women protesters making its way towards Delhi from 14 districts across Punjab is being led by a woman farmer herself.

Harinder Bindu, from Bhatinda, has been a farmer for no fewer than 30 years.

Bindu has lived her entire life in Punjab with her son, brother, sister-in-law and parents. A high school graduate who went to a local school in Bhatinda, Bindu had taken an interest in farming from an early age.

All was well until the Centre brought three highly controversial farm laws, against which farmers from around the country and especially in Bindu’s home state of Punjab have been protesting for the past couple of months.

On November 26, thousands of farmers from Punjab, Haryana, Rajasthan, Uttarakhand and Uttar Pradesh, who had begun a ‘Delhi chalo’ movement to voice their concerns at the National Capital, met with water cannon, teargas shells, barbed wire and barricades.

This “attack” on farmers, she says, feels personal to her.

The farmers are apprehensive of private companies taking over the market and exploiting them. The law, they have alleged, will make for the protection of the minimum support price (MSP) to be taken away. They are demanding that these laws be scrapped, or a new law be made guaranteeing them MSP on their produce. 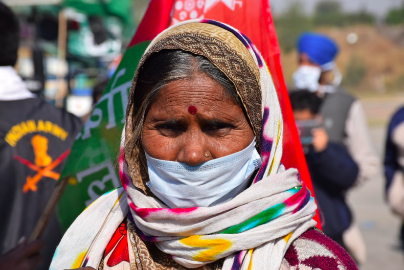 A protester at the Nirankari Grounds. Photo: Ismat Ara/The Wire

The large number of women protesters has been a noteworthy aspect of the farmers’ march to Delhi. Bindu feels that the time is ripe for women to come out in large numbers now. She, like others, have brought along cooking essentials and rations to last them for the length of the protest.

“The three laws brought by the Modi government will impact women in a very different way,” said Bindu.

She says that even though all Indians will be affected adversely by these three laws, women need to raise their voices more because the kitchen, which is considered their departments, will come to a “halt with this law.”

“If the farmers’ are affected, they will not be able to earn enough money to sustain their households. This will impact women as they will have to control the portions of meals that they cook,” she says, adding that children will also be affected ultimately.

This is not all. She says that when farms stop generating enough income, women will have to go out to work in areas where there are no guarantees for their safety.

Bindu, along with her family and others, left her house on November 25. Three days later, she is still not in Delhi. Till the time of publishing of this article she was still 30 km away. “They had sealed the borders, the police were beating protesters, we had to stay behind considering the safety of all the women with us,” she says. 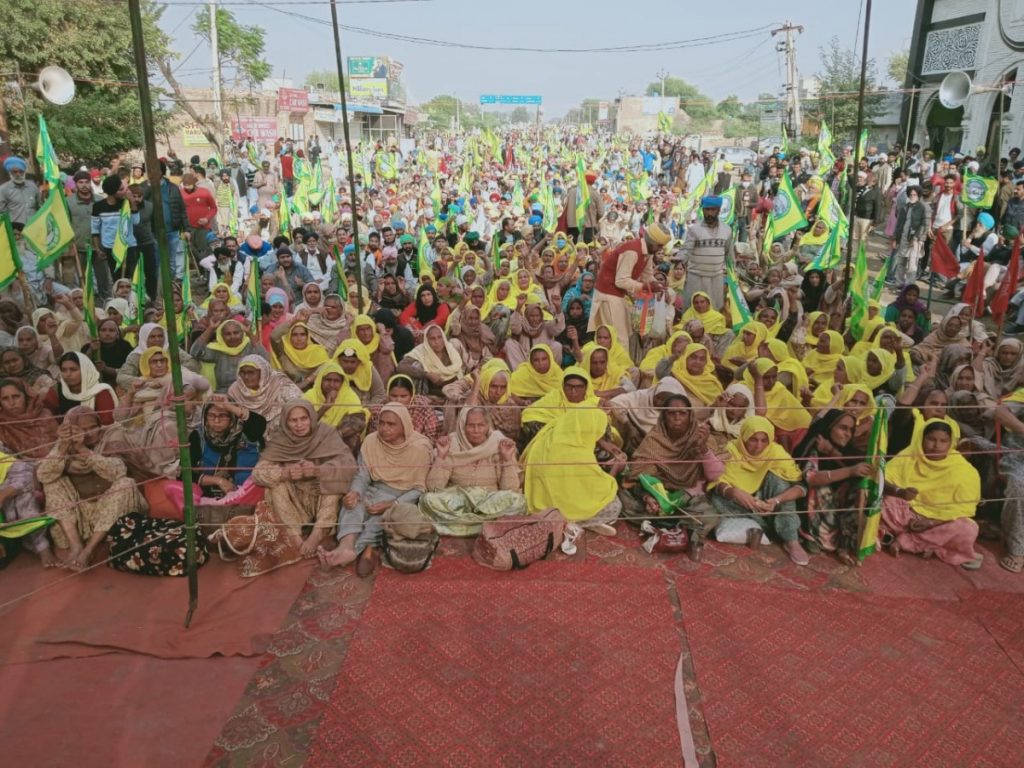 Hundreds of vehicles, thousands of men and women, but all of them have three simple demands.”Withdraw the three farm acts, abolish electricity (amendment) bill and bring a new law ensuring an MSP for the farmers,” she says. Ultimately, their land is their primary asset, she says.

The Electricity (Amendment) Bill, 2020 seeks to set up an Electricity Contract Enforcement Authority (ECEA) which will have the power of a civil court to settle disputes related to power purchase agreements between distribution companies and power generation companies.