100 Days of Protest: The Farming Community Has Already Gained Many Larger Outcomes

While only two minor demands have been agreed to by the Central government so far, it would not be fair to assess the movement only on the basis of the demands put forward.

Farmers stand atop a tractor as they take part in a three-hour "chakka jam," or road blockade, as part of protests against farm laws on a highway on the outskirts of New Delhi, India, February 6, 2021. Photo: Reuters/Adnan Abidi

The historic farmers’ struggle at Delhi’s doorsteps and elsewhere in the country has completed more than 100 days from the time Samyukt Kisan Morcha launched it. It is turning out to be the largest and longest peaceful citizens’ protest anywhere in the world. As days stretch into months, there is often a certain impatience and frustration that one encounters from the public and even the media about the ‘lack of a breakthrough’.

Rakesh Tikait had a good response to one journalist who asked about multiple rounds of talks failing to throw up a solution. “A farmer sows seeds at the beginning of a farming season with a great deal of hope, and then waits for several months before s/he can harvest. A full grown crop sometimes get destroyed because of a natural disaster at the time of harvest. However, the farmer does not lose hope. S/he will sow seeds again for the next crop”, he explained.

It is this spirit of patience, perseverance and hope that the lakhs of farmers in the current protests have brought with them, imbibed into their very nature and worldview.

While only two minor demands have been agreed to by the Central government so far, it would not be fair to assess the movement only on the basis of the demands put forward. Even with regard to the other main demands, the Narendra Modi government had to resort to an offer of suspension of implementation of the three laws. The government indicated that the 1.5 years’ suspension that was proposed is extendable, if farmer leaders agree. Children and farmers block railway tracks during a protest against the new farm bills at Jandiala Guru in Amritsar, October 27, 2020. Photo: PTI

During official talks with the government, the ongoing movement was repeatedly praised by the ministers in the negotiating team too for its peaceful and disciplined nature.

The farming community has already gained many larger outcomes due to the ongoing movement.

To begin with, India has never witnessed so many farmers’ organisations joining hands to struggle unitedly. The leaders of the organisations are discovering their complementarities and learning to work with each other, even though they are all from different political ideologies. This bodes well for the future of farmers in the country.

While that is on the organisational front, there are many things changing for the positive on the ground. This is especially so in the north Indian states of Punjab, Haryana, Rajasthan, Uttar Pradesh, Uttarakhand etc.

Scores of toll gates are lying closed without any toll fees being collected in these states, due to the farmers’ protests. There is a boycott of Jio services, Reliance petrol pumps and Reliance Malls. This kind of an economic boycott is somewhat unprecedented in people’s movements in India.

The movement has seen a lot of youth joining and taking up sewa in numerous ways, including patrolling of protest sites in the nights to keep out infiltrators, helping in langar sewa or repairing roads and structures at the protest sites. There are anecdotal reports reinforced by some farmer leaders that this kind of a constructive engagement of youth from Punjab has also reduced substance abuse and addiction to an extent.

Women are joining in large numbers in the movement, and the scale and even coverage of their perspectives are also somewhat unprecedented in farmers’ movements. They are taking on multiple roles and exhibiting their capabilities and resolve. Their assertion of their identity as farmers is welcome and will have positive consequences in the future too.

There is also healing and unification between communities in villages in places like Muzaffarnagar in Uttar Pradesh and Karauli in Rajasthan. Muslim and Jat farmers in Uttar Pradesh, and Meena and Gujjar farmers in Rajasthan are now ready to join hands for a common cause, to protect their economic future. Punjab and Haryana farmers are standing united in the struggle, despite tensions that exist over irrigation waters and so on. This is a highly positive consequence of the current movement.

At another level, while I am not in a position to generalise this, a recent trip to Punjab indicated that some people have stopped watching soap operas on TV channels and have switched to news channels and social media. There is a new discernment that viewers are exhibiting. 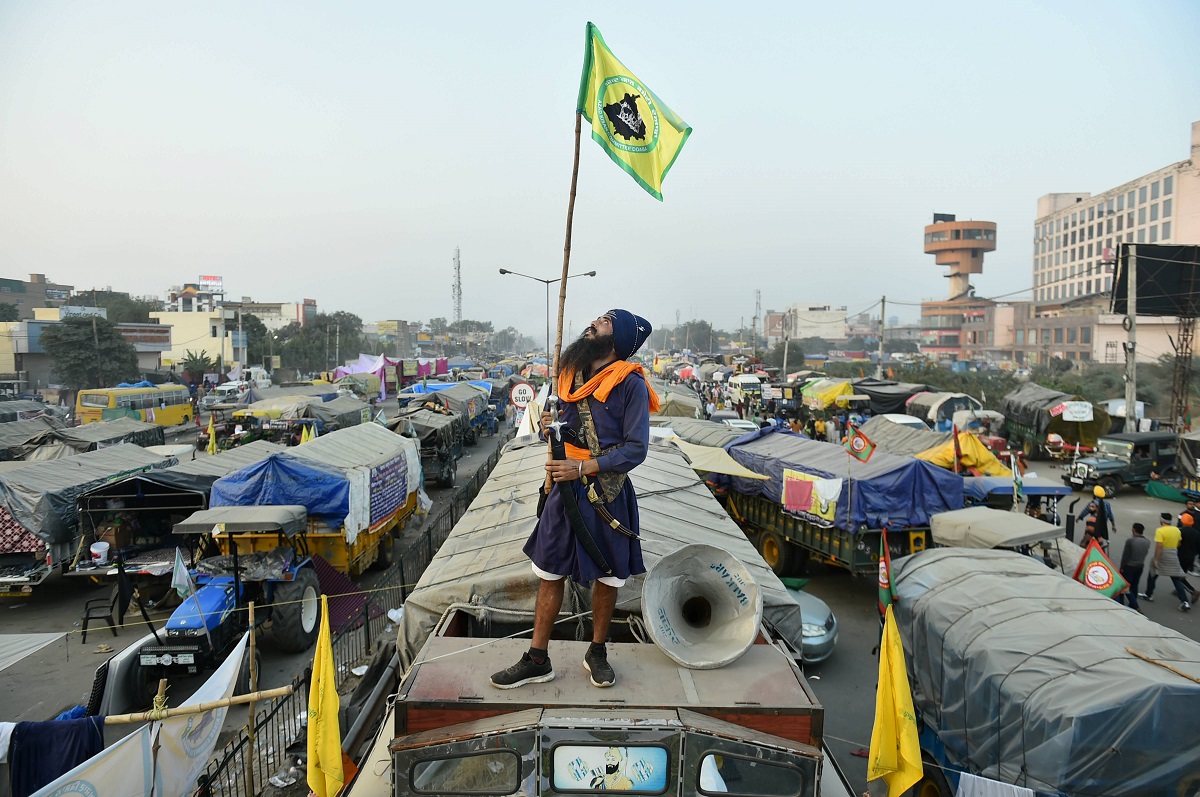 What is important to note is that the government is under tremendous pressure from the movement and is worried about its vote bank eroding. What else explains the long meeting in the BJP headquarters with party leaders from multiple states to understand the ground level situation and strategise about the same? All said and done, Brand Modi image has been dented to an extent – something that other movements did not find easy to achieve.

The movement has only come out stronger after multiple attacks by the governments and the BJP. There were attempts to provoke local villagers against the protesting farmers at the borders. Despite the Republic Day violence that weakened the movement at that point of time and took away some support sentiment, the agitation recovered swiftly. Today, it is stronger than ever before.

What the farmers’ struggle has done successfully is open large and intense public debates on economic reforms, future of Indian agriculture as well as on democracy itself. The Supreme Court orders that upheld the democratic right of peaceful protest also bode well for other future citizen movements in the country.

It has brought back the Indian farmer squarely into the centre of our polity after a very long time.

All in all, the farmers’ movement is achieving very large positive changes. The day may not be far when the government is forced to accept the demands of Samyukt Kisan Morcha.

Kavitha Kuruganti is with the Alliance for Sustainable and Holistic Agriculture (ASHA-Kisan Swaraj). Views expressed here are personal.