By moving people and businesses to smart villages, revenue, resources and job opportunities will increase in rural India, while cities can decongest. 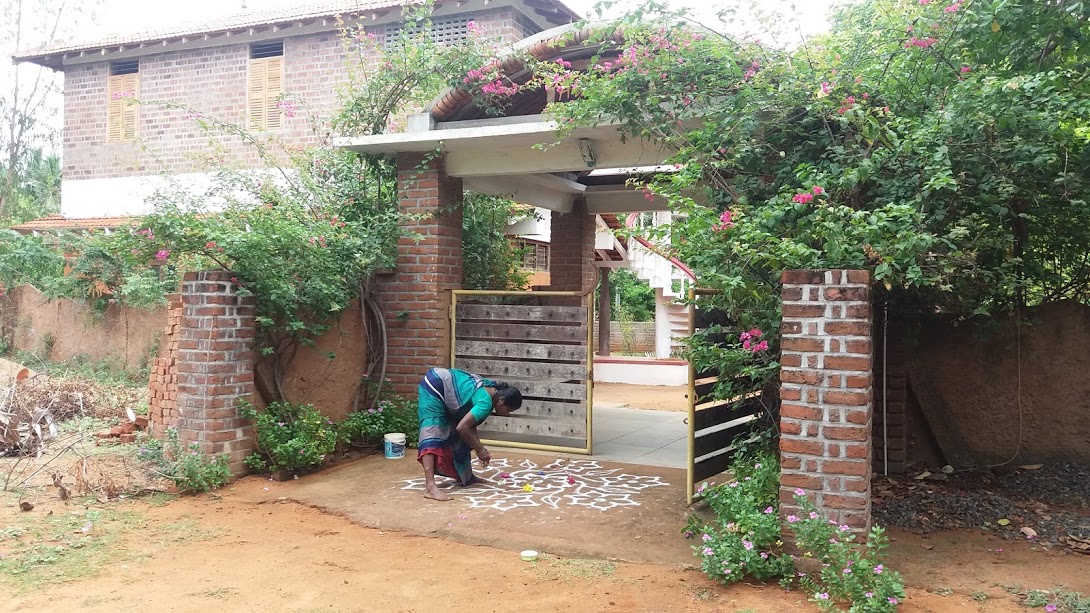 Despite all the tall talk about India being an agricultural country and farmers’ issues being discussed during election season, in reality, agriculture is not economically viable today. The increasing demand for larger cities has driven up real estate prices even in remote villages, prompting farmers to sell their land. Adding to the fire is the lack of marketing and a fair price for the products. But one man is trying to change this, and give villages and farmers an opportunity to sustain themselves. Venkat, who holds a bachelors degree from IIT Kharagpur and a masters from Alabama University in the US, came back to India to do something to help the country’s farmers.

“I was heading some big companies as vice president and earning well, but you see after some time [you realise] money does not mean everything. I wanted to come back to do something for India and I chose [to do something in the] agriculture arena. I studied what was wrong and realised marketing was the link missing.”

On his return to India, Venkat started a company called Efarm (enabling farmers to reach the market). With support from a Mumbai-based start-up funding firm, over a two-three year period Efarm soon transformed into a name to reckon with in the agricultural sector. But the going was not smooth.

“In India, lessons in agriculture are hard and if one learns them well he would never step into it again…as the adage says, once bitten twice shy. Though agriculture is a state subject, it is controlled by Centre. I was trying to do something productive and the local agri universities did their bit to support me by introducing me in their meetings, conferences but I [Efarm] was not taking off as expected. Adding to this was a host of other labour, supply and payment issues, and I thought I must end it somewhere here.”

After a two year hiatus, he re-entered the formal job market but found that he could not continue because the temptation to go back to Efarm was too much. He decided to give himself a second chance. This time he “carefully prepared lessons and revised them well so that my previous mistakes would not be repeated.”

Over the last decade, there has been a upsurge in the number of people like Venkat (from urban, non-agricultural backgrounds) taking to villages with a mission of doing something for farmers and resolving their problems.

A growing demand in cities for organic and chemical-free food was driving a spurt in online and offline stores that sell such products. Many social enterprises were being formed and the concept was being widely discussed to enable villagers to market their goods to cater to this demand.

Most of these efforts were driven by passionate individuals. But passion has an expiry date. These initiatives were either self-financed or charities, and soon they had to close. The lack of marketing and efficient distribution networks meant farmers couldn’t sell what they produced. No serious investor exhibitedan  interest in most of these initiatives. According to Venkat, rural enterprises are seen more as a philanthropic gesture than viable business models.

“Mahatma Gandhi, if alive today, would have had to change from his dhoti to a suit if he wanted to save the soul of rural India. If we need to put the ‘fun’ back in farming we need to create a new excitement and sustained returns that makes people desire to live in villages, not just going there on weekend trips or seeing it as a museum. We need money to draw people, not just for sentimental values and feeling good. We need to mix and match across successful ventures to weave the solution, learn and adapt as we grow. And replicate and scale across, urgently,” he stresses.

Most of the ‘unsolvable’ problems in today’s metro cities (traffic, garbage and sanitation) stem from a single root cause – the massive inflow of people, which chokes the cities. The big metros are nothing short of big slums, Venkat says.

He also says the IT revolution that put India on the world map caused more damage to the cities through the emergence of huge IT tech parks, rapid unplanned development, unreasonable salary differences, and the quest for an ‘easy lifestyle’.

“The Internet has made it easy for companies to work from anywhere. So where is the need to crowd around only in Mumbai, Bangalore and Chennai? They should decentralise and work from remote locations, to decongest cities,” Venkat says.

There are so many inspiring visions and models of smart villages across the country. “We don’t need to create anything new, we just need to pay attention to ‘creative restoration’. For example, a lot of my inspiration for the ‘smart village’ comes from Auroville in Puducherry and similar community initiatives,” he says.

The recipe would be a blend of different approaches and relate closely to the changing dynamics of todays urban-rural youth. The villager is strongly attracted to the city and is too bored to live in a village, whereas the urbanite is tired of ‘stressful city life’ and literally looking for greener pastures.

“Don’t try to preach or change them, let each follow their heart! The ideal solution lies somewhere mid-way. Farming has become a ‘boring’ word for many. The new smart village should have a little bit of everything to be fun, practical and sustainable and behind the curtains. Yes we still need farmers, but work smarter.”

Venkat outlines a four-step method to create a smart village. First, a central place must be chosen as a hub and person must be assigned to work with villagers. This person could be a wealthy local elder who is well respected and influential in his village or town. Having a local leader will generate more trust and support among the villagers. The hub should preferably be a pucca (proper) building that is centrally located in the village. The building should have a few guest rooms, a common room and dining area, and should be in a safe location. A hub in a smart village. Credit: M.J. Prabu

Third, is to encourage people to move to locations outside the city. With urban centres getting over crowded and expensive, many people will be willing to consider relocating. Working from rural locations will help startups widen their focus, and take up new challenging business domains and niche problems. This will also allow the firm to test the market before formally launching. Besides, as founders of startups usually prefer working round the clock to stabilise their projects, they are the ideal long-term tenants for the village hub building.

Finally, it is important to find the right kind of investors. Conventional investors may not be interested in people- or rural-centric projects. The ideal investor would be an ‘angel investor’ with a critical connection to the locality community. Tapping into CSR funding from a large corporate with a local presence is also an option. Additionally any government projects or funds for the area could augment the initial growth phase of the smart village.

How does the smart village idea tie in with farming and village restoration?

The opening up of villages for multiple and mutually complementary uses gives projects a better chance of success. A single person, product or idea may fail, but collective efforts of multiple people with common focus stand a greater chance of survival.

The utilisation of the village infrastructure with a steady revenue inflow and permanent tenants will generate stability in the village, given the current focus on startups and ‘Make in India’, will create a magnetic effect. More people, money and resources will start flowing towards these village hubs. Startup firms will be more open to work with rural youth, train and mentor them to create a healthy ecosystem and generate local job opportunities.

As the kitchens in the village hubs will source produce grown locally, this will support local farmers immensely and provide them with a stable income.

Are such projects really feasible?

“We are currently in the early stages of discussion/feasibility study in some locations” says Venkat.

Those interested to try this concept in their places can contact Venkat at 09445490938 or efarm.venky@gmail.com for more ideas and suggestions.