Despite some relaxation for agrarian activity to be restored, farmers are still finding it difficult to take the produce to the city-mandis and get a good price. 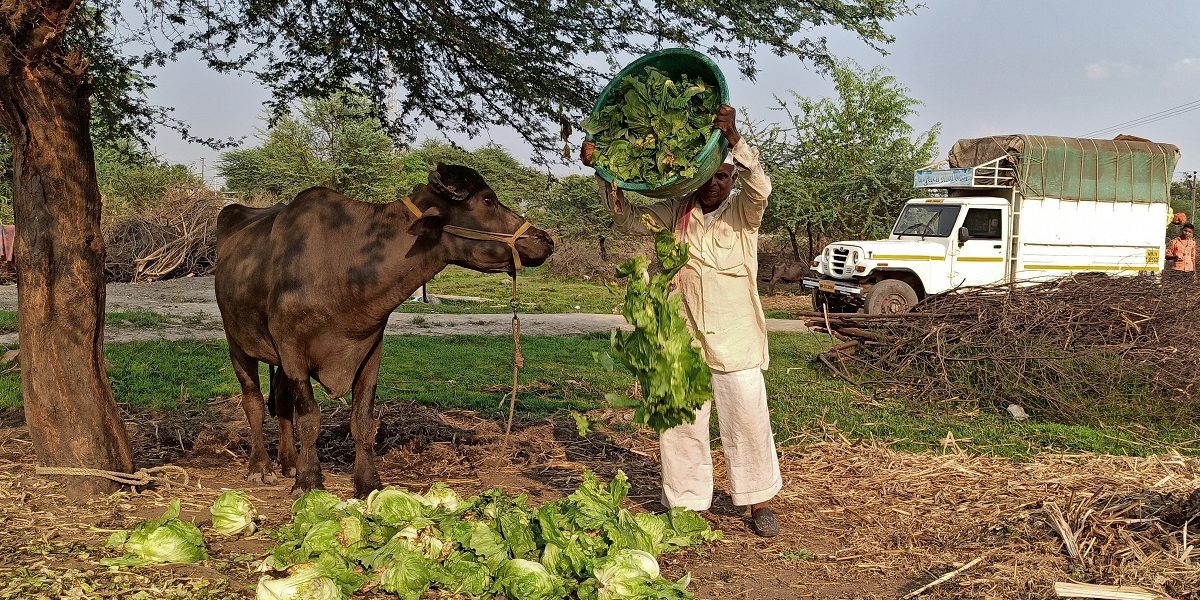 In a recent interview to NDTV, P. Sainath made a telling remark: “How often is it for us, as people in India, especially in times of a grave crisis, to be deeply affected from those at the margins losing their lives, but remain hardly affected otherwise by the conditions of their state of living.” After four weeks of a nationwide blanket lockdown, this terse remark by one of India’s most prominent voices sums up both the states’ and the elites’ collective torpid response to the plight of the most vulnerable.

While the mainstream media has reported the inhumane condition of the daily wage, migrant workers as they were rendered jobless and homeless by the lockdown announcement, little attention has gone to another vulnerable group of worker, constituting the largest share of workforce participation in rural India–the average Indian farmer.

Also Read: What Does the COVID-19 Lockdown Mean for Food Security?

Most migrant workers in cities tend to come from rural farming families. Because of a significant disruption of supply chains due to the lockdown, seen at an intra- and inter-state level, farmers have been stuck with a larger amount of perishables like milk, fruits and vegetables.

Despite some relaxation for agrarian activity to be restored, farmers are still finding it difficult to take the produce to the city-mandis and get a good price. If most of their produce stays within villages and remains largely unsold, food prices will continue to fall and force most of these farming families into destitution.

Even if some states make an effort to allow farmers to be supported by restoring agriculture and allied activities in parts and helping them to increase their supplies to mandis, the enforced presence of a city-wide lockdown (still present in most states) will not see any rise in effective demand for cash-crops (like fruits, vegetable, cotton, sugarcane), resulting in very low or negative farm incomes. Mandi systems are (and will remain) choked with large supplies, social distancing will go for a toss, and a pandemic of anxiety shall set in the farming community.

What measures can (or rather) must be urgently prioritised?

There are four key steps that state governments, supported by the Centre, need to immediately prioritise.

Farm supply chains can be redirected to local areas by incentivising farmers to sell more and more of their produce in local cooperative style channels. I have previously argued and emphasized on the benefits of creating (and encouraging) Commodity Based Cooperatives (CBCs), that accrue greater benefits by localising supply-chains, lowering transport costs, offering better-more direct prices to farmers themselves, and also changing the crop-cultivation pattern to localized demands that are part of the community’s palate.

A reason why this has been difficult to do is because most farmers generally prefer to choose and invest in cash-crops that are largely in demand within cities and offer greater profitability. But, because cities are less operations at this point, most mangoes, watermelons, bananas are going waste and costs aren’t even breaking even. Move away from cash crops

Farmers should be incentivised to move away from cash crops (say, for a year or so) and towards food crops. “Food crops” largely consist of grains, pulses, cereals, legumes (including dried beans), seeds and nuts, vegetables, herbs and spices, etc. A doubling up of minimum support price (MSP) for some of these can allow farmers across different states to proximately shift their cultivation-pattern towards food-based crops which can help in addressing the larger food insecurity concern for most of those living in urban slums, or, in rural areas with limited food supplies, and, at the same time, offer better prices to farmers in local areas for food crops.

Additionally, both, local and state governments must empower social organisations, NGOs and different civil society members (including RWAs) to be allowed direct procurement of supplies from local farmers/farmer producer organisations (FPOs) and then ensure a more orderly, localised distribution of cooked/pre-cooked food in/across communities to avoid any possibilities of human starvation, or lack of adequate nutritional supplies.

Increasing the allocations for direct transfer to farmers through PM Kisan and including everyone who is actively involved in farming irrespective of where (s)he owns a given piece of land or not, from Rs 6,000 to at least Rs 10,000 per farming family for this year (2020-21). This will immediately help most farming families to be partially compensated for the losses seen in months of March and April and shall also give them some cushion against the deflationary effect seen on farm-prices due to the prolonged lockdown.

To ensure food supplies are frequent, more localised and involve direct procurement of a diverse food basket from farmers within different states, setting up of mobile food vans can be considered. As most weekly markets have now been suspended and may also find it difficult to enforce social distancing norms, mobile vans across each district can allow for food supplies in different societies and keep the choice of food offered to be aligned with the local palate and produce. Vegetable vendors too can coordinate directly with these mobile van operators for selling off their stock and supplies. This will also allow for retail distribution to be more seamlessly linked with largely wholesale supply-lines.

Also, for warehouses where ration – as part of PDS, is overflowing with wheat and rice, mobile vans can serve as an essential – more localized supply chain (for exclusive PDS needs) to offload the available stock and distribute it in targeted areas, where needed.

Lastly, it is extremely vital that those involved in the supply chain logistics are provided adequate amount of safety kits and protective gear to be able to ensure safe, orderly distribution of supplies at less risk of virus transmission to those employed in these operations.