Farmers Across 20 States Block Roads to Protest Against Farm Laws

Farmers participated in the protests at more than 5,000 locations across India, and similar demonstrations in larger numbers are expected to be held in New Delhi later this month. 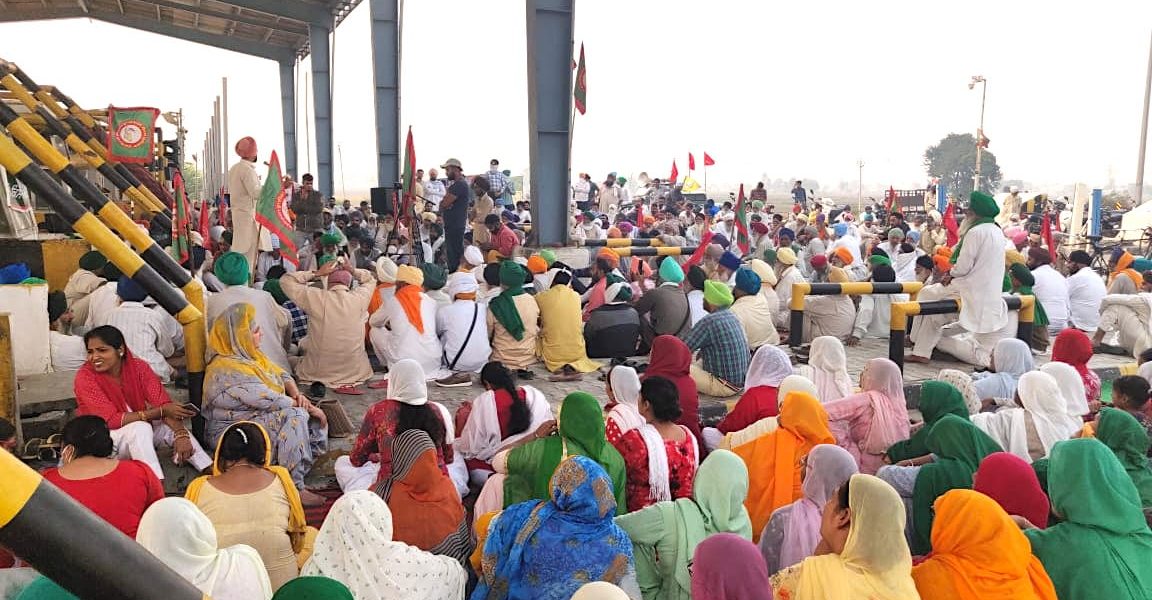 New Delhi: At least one million farmers across 20 states took to the streets on Thursday against the three recently passed agriculture laws and the proposed Electricity Amendment Bill, All India Kisan Sangharsh Coordination Committee (AIKSCC) leader Avik Saha told The Wire. The protests were led by AIKSCC and other farmers’ organisations from Punjab and Haryana.

The AIKSCC called for the rasta roko protest or chakka jam agitation where farmers blocked roads and participated in the protests at more than 5,000 locations across India, a statement issued by the AIKSCC said. It added that the demonstrations are expected to be held in New Delhi later this month.

Apart from Punjab and Haryana, which witnessed the largest gatherings with hundreds of farmers protesting on roads and highways, other states like Madhya Pradesh, Maharashtra, Tamil Nadu and Karnataka also saw huge gatherings of farmers and agricultural workers protesting against the passage of the farm laws, said news reports. In Puducherry, protestors were detained by police.

However, the farmers adhered to peaceful protests, and no untoward incident has been reported. During the blockade, ambulances, vehicles carrying sick persons, petrol and LPG were given free passage, said the AIKSCC statement.

“The protests clearly show a ‘one nation, one farmer-protest’ phenomenon,” the AIKSCC statement added, saying that it’s clear that farmers have rejected the Centre’s farm laws, which were “propagated with honey coating and hollow assurances”.

Saha told The Wire that these protests were only a precursor to the upcoming protest in Delhi on November 26 and 27. “We are trying to book Ramlila Maidan for accommodation of the farmers, and we have applied for protest venue at Parliament Street; all these are pending with the police,” he said. He added that in any event, with or without space, the farmers are coming to participate in the protests, and if they are stopped [by the police], then they will sit down wherever they are and [continue to] protest.

For the Delhi rally, at least one lakh farmers are expected to be coming only from Punjab, 50,000 from Haryana, and another two lakh from surrounding states like western Uttar Pradesh, Rajasthan and Madhya Pradesh. There will be cavalcades of farmers moving from all corners of the country emerging into Delhi.

However, leaders of the Rashtriya Kisan Mahasangh (RKMS) were more doubtful about participating in the march to Delhi, The Hindu reported. “For most farmers, it will be sowing season until December 10, so how can they leave their fields for so long? It may not be practical to have an indefinite protest at this time,” RKMS spokesperson Abhimanyu Kohar told The Hindu.