Farmers Are Still Focused on the Real Issues. We Shouldn't Be Distracted Either.

A months-long agitation cannot be not delegitimised on the basis of one day. 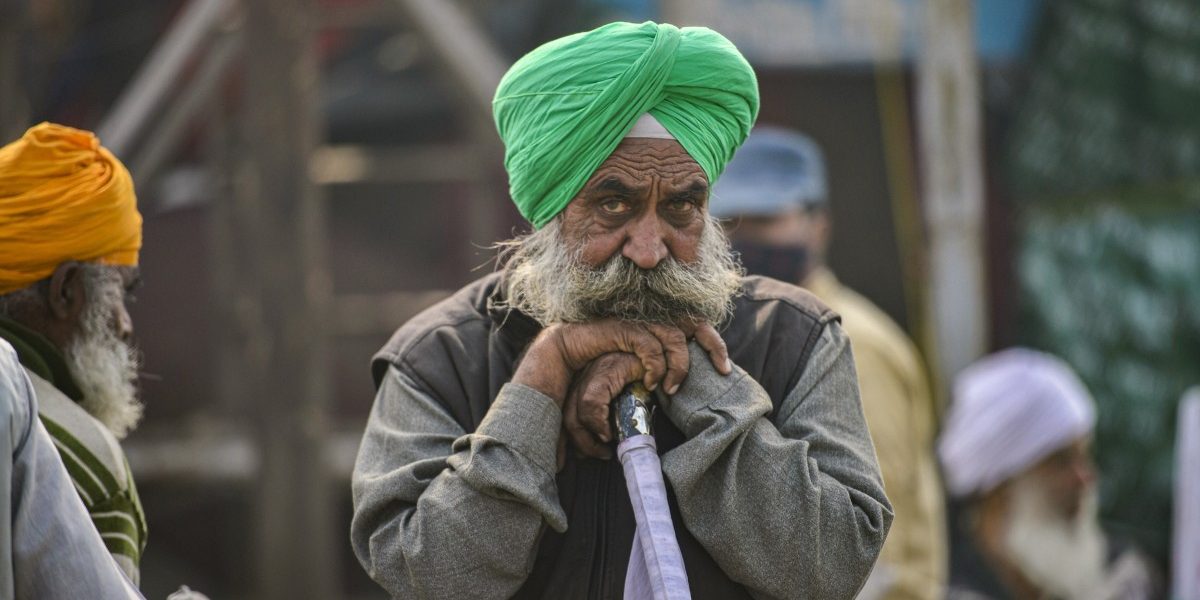 “You cite Peshawar to show, I suppose, that the people unthinkingly, or actuated by mischievous people, joined the demonstration of the 6th April. They may have done so. My reading of the events is different from yours. Had there been no Rowlatt legislation, there would have been no demonstration, and therefore no handle given to the mischievous elements. The wrong consisted not in the organising of the demonstration or civil resistance, but in the government so defying public opinion as to produce an agitation they had little anticipated. Is not the moral obvious? The government must bow to the force of public opinion and retrace their steps.”

You need to have the clarity of Gandhi, the eternal resister to injustice, to refuse to give up the idea of civil resistance if a section of the resisters fails to fully restrain itself. He rejects the allegations of the British and their Indian supporters that the civil resistance should not have been undertake as some people in Peshawar indulged in violence. The context is the imposition of the Rowlatt Act and its opposition by the people. He refuses to blame the agitation, or even the people.

Non-violence was non-negotiable for Gandhi. But it could not be an excuse for eternally delaying resistance to an unjust Act.

Gandhi is not ambiguous. He holds the government responsible for underestimating the popular opposition and instead of withdrawing the law, unleashing ruthless repression. He asks his critics to see the complete picture:

“…such was the efficacy of satyagraha that the whole of India outside the Punjab and three centres in Gujarat remained practically calm in the midst of the gravest provocation. I have admitted my mistake. What was it? I miscalculated the capacity of the people to stand any amount of suffering and provocation. It was possible for the Punjab people to remain quiet in spite of the provocation offered by the arrests I have mentioned. But what happened was beyond endurance.”

Why did the agitation go astray, even if only at some places? Gandhi tries to understand:

“All action is controlled by a complexity of circumstances some of which are under the doer’s control and the others beyond his control. He can therefore restrain himself only till he has obtained the maximum of control over the surrounding circumstances, and then trust to the Almighty to see him through.”

Reading the Gandhi of 1919 and 1920 helps us understand the “anarchy” that was witnessed in Delhi on Republic Day, and the outrage in the mainstream media and the ruling party. Like Gandhi, the leaders of the farmers’ agitation have accepted their ‘mistake’. They have said that the agitators should have stuck to what was negotiated with the police.

The Red Fort incident has been hyped up too much to condemn the tractor parade. There is shock across parties and commentators that the national icon was “desecrated”. As the picture became clear, it emerged that some over-excited people hoisted the Nishan Sahib flag. The national flag on the Red Fort was not even touched. There was no damage done to the fort, as some Hindi news outlets reported.

What was done at the Red Fort was bad form. It was not in the plan of the tractor parade and should not have been done. Form is crucial in all matters. Visuals do matter. But it cannot be termed as a supreme insult to the symbol of Indian nationhood.

The Times of India described tractors as weapons of mass destruction. What was the destruction that these tractors caused? No roads damaged, no house in Delhi broken, no public facility vandalised. The tractors were used to remove barricades, barricades erected to prevent the farmers from entering Delhi.

The patience of the farmers ran out when they faced these barricades even on the routes on which were allowed. It is evident that the police did not have a plan. Or if there was one, it was to create confusion and anarchy. The agitated farmers, exasperated by the delay caused by the obstacles the police had created, forced they way into Delhi.

Had they been violent, they would have faced resistance from the people of Delhi. But they were welcomed with water and showered with flowers; common people lined the streets to greet them. There was excitement and joy.

I am trying to understand the words ‘violence, hijacking , defilement of national symbols’, etc. How is it that we condone the brutal violence done by the police in the name of maintaining law and order and are outraged when the agitators try to save themselves or resist attacks on them? Has there been any major clash, any major injury, leave alone loss of life on the side of the law-keeping personnel? On the other hand the agitators have suffered. There has been one death and numerous injuries on their side.

The question remains, why is it that we do not want to accept that barring these stray incidents, lakhs of agitators just marched and peacefully returned to the barricades? Why does the media not report that not only in Delhi, but across India farmers had marched and there has not been a single report of violence from anywhere? Even in Delhi, thousands of tractors marched on the prescribed routes and returned. But this, it seems, is not fit to be reported.

Also read: Is the Charge Against Farmers of ‘Disrupting Order’ in Delhi Politically Valid?

It needs dispassionate investigation to find out how confusion was created, whether the claim by some elements that they were responsible for the Red Fort incident is true, whether the leadership lost control at the last minute. Yes, it did turn anarchic but then agitations do not follow rule books, they are not often a pleasant sight, they are merely raising revolutionary notions, and so they do violate our sense of safety and security, they breach peace as we know and enjoy it.

Before saying all this we must accept that the hearts and minds of the farmers have been agitated by an arrogant and non responsive government which treats people as its vassals. They are asserting their subjectivity.  The cries for justice and dignity are definitely  harsh to the ears of the authorities.

So, those who are gleefully jumping up and down and screaming that they were always right that these are extremists masquerading as farmers and therefore the agitation is illegitimate need to be told that the substantial issue which caused this agitation still remains alive. The issue is the three laws which farmers want repealed.

The cause of resistance remains. To conclude, let us go back to Gandhi:

“Satyagraha apart, the question will have to be solved whether the people were provoked into madness by the firing or whether the military were provoked to action by the mob. Be that, however, as it may, how can I abandon the idea of resuming civil resistance because people in April, in some parts of Hindustan, owing to special causes resorted to violence? Must I cease to do right because some people are likely at the same time to do wrong?”

The farmers have not lost the focus. It is for us not be distracted. We must not cease to do right if some are likely to do wrong.