Minister of State for Food Danve Raosaheb Dadarao had stated before Lok Sabha that the high-powered committee had approved the Essential Commodities (Amendment) Bill, a claim denied by the Punjab CM. 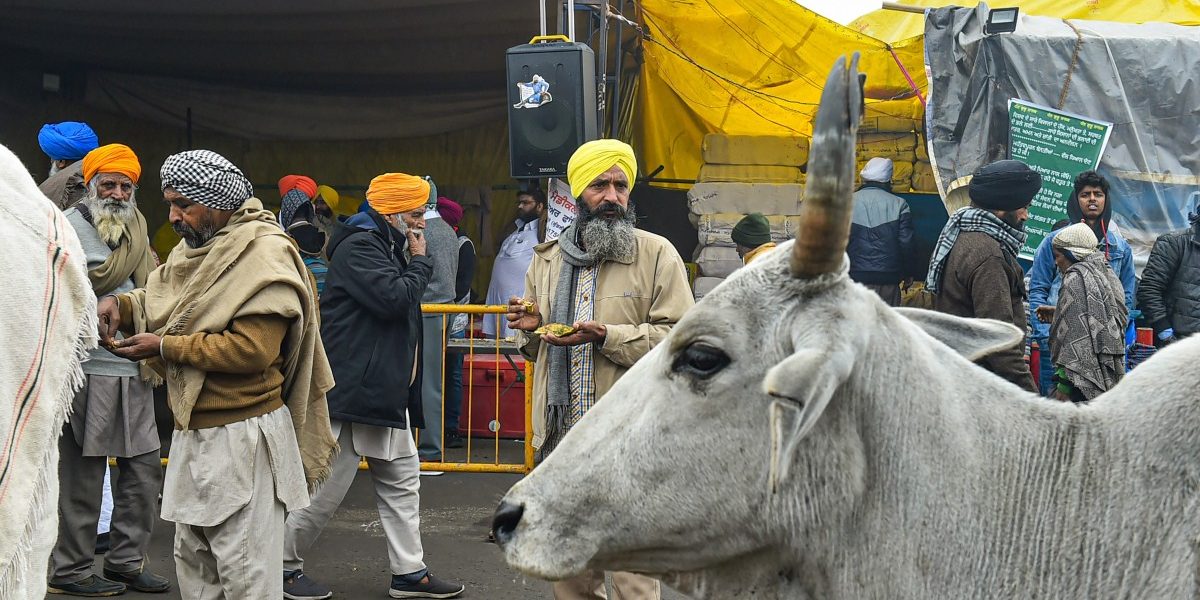 New Delhi: The Farm ordinances – which consequently paved the way for the three controversial farm laws in September 2020 – were promulgated and introduced in parliament in June 2020 without the report of the high powered committee of Chief Ministers being appraised by the Governing Council of NITI Aayog, a reply by the planning commission to a Right to Information query has revealed.

Incidentally, the Minister of State for Consumer Affairs, Food and Public Distribution, Raosaheb Dadarao Danve, had stated in parliament that the Committee had approved one of the farm laws, namely The Essential Commodities (Amendment) Bill.

In her query, filed on December 15, 2020, food rights campaigner Anjali Bhardwaj had stated that “in July 2019, the Prime Minister announced the setting up of a High-Powered Committee of Chief Ministers for Transforming Indian Agriculture under the convenorship of Devendra Fadnavis, former Chief Minister of Maharashtra”.

She asked for a copy of the final report, the interim report, dates of all meetings held by the Committee, a copy of minutes of all meetings and a list of persons who attended these meetings. Incidentally, while Fadnavis headed the panel, it comprised Union agriculture minister Narendra Singh Tomar and the chief ministers of Punjab, Madhya Pradesh, Haryana, Odisha, Arunachal Pradesh, Gujarat and Uttar Pradesh as its members.

In the response, sent on January 13, the NITI Aayog CPIO said the panel was constituted on July 1, 2019 by the NITI Aayog on the direction of the Prime Minister in the 5th Governing Council (GC) meeting of the commission held on June 15, 2019.

‘Report of Committee yet to be placed before 6th Governing Council’

Stating that “the Committee has submitted its Report”, and that “it will be first placed before the 6th Governing Council Meeting of NITI Aayog as an when it is held, for appraisal of State Chief Ministers and Governors of UTs who are constituent members of the Governing Council”, the CPIO stated that he therefore could not share the report at this stage.

He also replied that there was no interim report and that first meeting of the Committee was held on July 18, 2019 in New Delhi, the second on August 16 in Mumbai and the third on September 3. Further, the CPIO also did not provide information on the minutes of the meeting or the persons who attended it on the ground that they are part of the “Report of the HPC”.

Reacting to this, Bhardwaj said, “the NITI Aayog has refused to provide a copy of the report stating that although the committee has submitted its report, it needs to be first placed before the 6th Governing Council Meeting of NITI Aayog for appraisal by members of the council. This indicates that the farm ordinances were promulgated and introduced in Parliament without the report of the high powered committee of Chief Ministers being appraised by the governing council and being available in the public domain.”

She added that the denial of a copy of the minutes of the meetings and the names of persons who attended the meetings on the ground that these are part of the report of the high powered committee was “in violation of the RTI Act”.

“The lack of transparency in the working of the committee is unfortunate as the issue of deliberations and consultations on the ordinances and legislations are a matter of great public interest,” she added.

Apart from denial of information, what intrigued Bhardwaj is how “during the debate on the introduction of the three farm laws in Lok Sabha on September 14, 2020, the Minister of State, Ministry of Consumer Affairs, Food and Public Distribution, Raosaheb Dadarao Danve, stated that the amendments to the Essential Commodities Act were discussed by this high powered committee and the bill was, in fact, approved by it”.

She stated that the minister’s claim was refuted by Chief Minister of Punjab, Amarinder Singh. Also, NITI Aayog’s reply reveals that the Danve’s claim in Lok Sabha was wrong.

Thereafter, Danve said before bringing the ordinance a high powered committee of chief ministers was constituted and that these CMs after discussing all the points decided that a Bill should be brought. He also said he had no doubt that no injustice would be done to the farmers because of this Bill.

Incidentally, it was during this debate,that several Opposition MPs cautioned the government against taking away the powers of the states to regulate and place stock limits on essential commodities.

Congress leader in Lok Sabha, Adhir Ranjan Chowdhury, had stated that there could also be some States where the business of hoarding is so rampant that the State Governments may wish to regulate and place stock limits. “Hence,” he demanded that “respecting the principle of federalism, the amendment must apply only if the State Government by notification applies that amendment in its State.”

Another Congress MP, Gaurav Gogoi, claimed that through the Essential Commodities Act, the State Governments are able to “regulate the prices by fixing them in a situation of price rise”. However, he said, “this Bill deregulates certain commodities thus depriving the State Governments of this control.  This deprivation of this essential responsibility comes without any consultation with States. This impingement on State powers without any consultation renders the Bill ultra vires.”

Gogoi also charged that “the lack of stock limit allows corporates and traders with capacity and resources to hoard the commodities. Hoarding of these commodities will allow them to manipulate the market.”

Sougata Roy of Trinamool Congress also opposed the amendment to the ECA saying, “the States had the power to regulate stocks being kept by people” and that “it was necessary for avoiding hoarding and black-marketing or seasonal shortages during floods or droughts.”

But with the Bill, he insisted, “this power is being taken over by the Central Government and the powers of the State Governments to regulate have been circumscribed. The power to fix stock limits has been rendered illusory.  Through a provision and an explanation clause, the Ordinance has rendered the concept of stock limit illusory and meaningless. If the Ordinance becomes an Act, hoarders will celebrate.”