Uttar Pradesh, and indeed other states, may issue farm loan waiver bonds to banks but everyone knows these bonds will have no takers. The Centre will have to guarantee them. 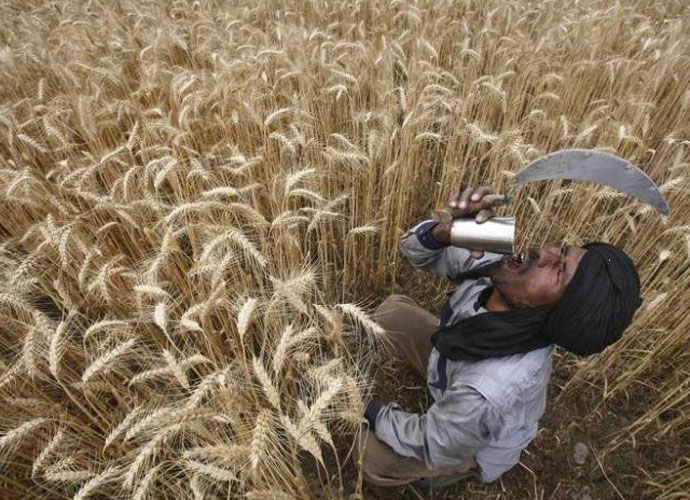 Modi may have passed the farm loan waiver baton to Adityanath. But it will eventually return home. Credit: Reuters

It must leave no one in doubt that the waiver of small farm loans worth Rs 36,000 crore in Uttar Pradesh will create a cascading impact across many other states where farmers, in acute distress from successive droughts, will want similar relief.

Prime Minister Narendra Modi, who specifically assured farmers of relief during the UP elections, is now turning a bit coy, with finance minister Arun Jaitley starting to distance himself from the role that the Centre will play in the UP loan waiver. Jaitley is pretending that the loan waiver is Uttar Pradesh’s business and will not affect the central fisc. He cannot be more wrong. The loan waiver increases the debt to GDP ratio for the state by nearly 3 percentage points, taking it to about 6% of the state GDP. This is likely to happen to many states which are reeling from successive droughts and similar loan waivers will lead to state fiscal deficits going out of whack. In a sense, this is unavoidable and it is futile for the Centre to pretend this is not affecting the overall fiscal deficit – Centre plus States combined.

A loan waiver of this magnitude by a single state has not been seen in recent decades. Immediately after the marathon Cabinet meeting taken by UP chief minister Adityanath, state cabinet minister and spokesperson Sidharth Nath Singh told the media in Lucknow that the farm loan waiver burden will be borne entirely by the state government and that the state will issue bonds for an equivalent amount to banks as payment on behalf of the farmers. Later, when asked by a TV anchor whether the massive loan write off would weaken the state finances, the minister nonchalantly retorted, “the state was already bankrupt” so it makes little difference!

The minister was also at a loss for words when asked why Modi’s promise of waiving the entire loan for small and marginal farmers was not being kept. Currently a loan up to Rs.1 lakh per farmer is being waived. There are about 2.15 crore small farmers with holdings of less than 2 hectares in UP, according to the minister. The total loans taken by these small farmers could be about Rs 80,000 crore. The promise was to waive this entire amount.

Indeed, if all other states follow the same definition of small farmers and waive bank loans, the combined state deficits could expand by up to Rs 3 lakh crore. The point is Prime Minister Narendra Modi has let the genie out of the bottle. Adityanath has taken charge now. It will be difficult to avoid a cascading impact on other states.

The states may issue farm loan waiver bonds to banks but everyone knows these bonds will have no takers in the market. Private investors will avoid these bonds like the plague. One is not sure how the RBI will look at these bonds because the central bank discourages states borrowing from the market beyond certain, conventionally acceptable limits. For these bonds to become liquid, the Centre will have to guarantee them. These would be like the power sector Uday bonds of over Rs 3 lakh crore which the states have issued to clean up the balance sheets of state electricity boards.

Issuance of bonds merely postpones the problem and allows the Centre and states to pretend that everything is fine with their fiscal management. Sooner or later this myth will get busted in the eyes of the investors and global rating agencies.

The bigger picture is that Modi has made big promises simultaneously to the poor as well as to the agents if global finance capital who do not necessarily like giveaways to the social sector. For market investors, strict adherence to fiscal discipline leads to better returns on stocks. They don’t mind one time loan write-offs to companies because that helps create positive stock market sentiments. However, loan write off to farmers create negative sentiments in the stock markets. This is why Modi has tried desperately to keep up the the fiction (at least until sometime ago) that his government believed only in empowering the people and not in the grand UPA-type giveaways. Farm loan waiver were largely seen as a UPA disease. However, Modi changed tack during UP elections after seeing the grim reality of the farm economy across the country.

The fact is that farmers are in unprecedented distress across the country. The recent agitation by Tamil Nadu farmers is a case in point. The income promise to farmers –  50% over and above their input costs – made in the BJP manifesto in 2014 seems to have been forgotten. Last week, the Niti Aayog even said that doubling of farm incomes by 2022 is not possible. In a way, Modi’s promises have come to haunt him. He has passed the baton to Adityanath for now, but it will soon return home.