Anil Ghanwant, one of the three members of the committee, made the report public on Monday. 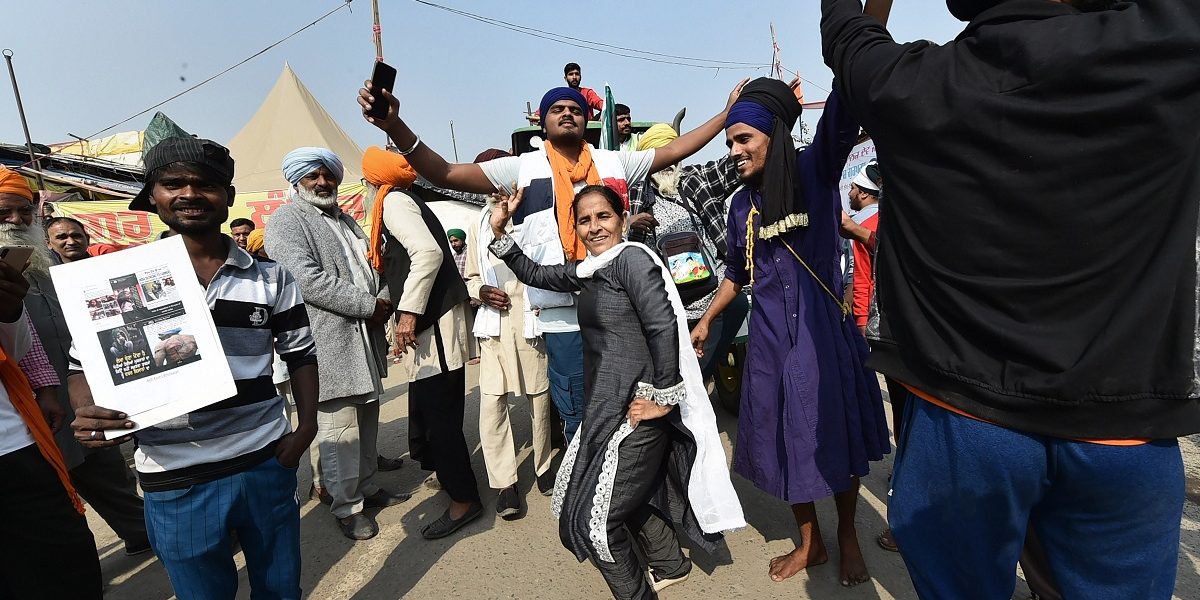 Mumbai: Barely four months after Prime Minister Narendra Modi announced the repeal of the three farm laws which fanned protests across numerous sites in India, and only a few days after the Uttar Pradesh legislative assembly results, the report of the Supreme Court-appointed committee on farm laws has been released in the public domain.

The report states that an overwhelming 85.7% of the farmer organisations the committee directly interacted with lent support to the three controversial farm laws.

The report was released by Anil Jaysingh Ghanwat, president of the Swatantra Bharat Party and the Shetkari Sanghatana, a member in the committee appointed by the Chief Justice’s bench of the Supreme Court in January 2021. The committee was constituted “for the purpose of listening to the grievances of the farmers relating to the farm laws and the views of the government and to make recommendations”.

Ghanwant had in the past written to the Chief Justice of India, asking him to release the report. He had also threatened to release it if the court does not.

“I am releasing this report today. The three laws have been repealed. So there is no relevance now,” Ghanwant said on Monday.

Pramod Kumar Joshi, agricultural economist and former director for South Asia, International Food Policy Research Institute and Ashok Gulati, agricultural economist and former chairman of the Commission for Agricultural Costs and Prices are the other two members of the committee. Bhupinder Singh Mann, the national president of the Bhartiya Kisan Union and the All India Kisan Coordination Committee, was appointed by the Supreme Court but he chose to recuse himself from being a part of the committee.

The committee also received feedback through its dedicated portal and online questionnaire. As per the report, its questionnaire received 19,027 representations/suggestions, includes feedback by farmers, farmer unions, FPOs and other stakeholders. It claims that going by the feedback on the portal, two-thirds of the respondents supported the three farm laws. In the same breath, it points out that a state-wise analysis of the three Acts shows that respondents in Punjab (64%), Andhra Pradesh (51%), Kerala (49%) and West Bengal (47%) feel that the Acts would not give a choice to farmers to sell beyond the APMC markets. 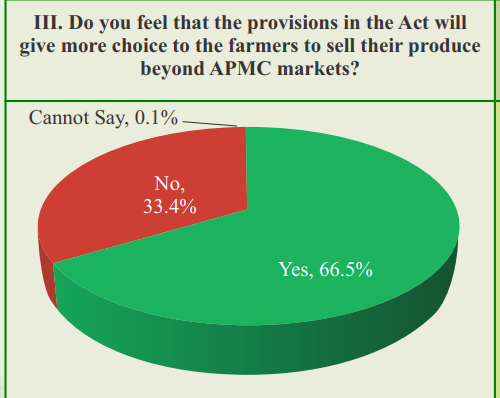 The report pivots around the theme that the current matrix of agricultural laws and policies in the country were first designed to boost production during the decades of food production deficit and scarcity, and are consequently unsuited for the present times when India has made the leap into a food surplus country.

“The recent three Acts passed by the central Government are intended to align the agricultural policies with the structural requirements of the sector for enhanced access to agricultural markets and incentivize crop diversification.” the report states.

According to news agency PTI, the committee had also suggested many changes in the laws, including giving freedom to states to make the minimum support price (MSP) system legal.

Ghanwat said the committee has said in its report that a “repeal or a long suspension of these laws would be unfair to the silent majority who support the farm laws.”

According to the Indian Express, the report says, “Also, only 27.5% of the farmers sold their produce at the government declared MSP and they were mainly from Chhatisgarh, Punjab and Madhya Pradesh.”

The committee’s recommendations included capping the procurement of wheat and paddy by the Food Corporation of India (FCI). Instead of largescale purchases, the model adopted by the National Cooperative Agricultural Marketing Federation (NAFED) to procure oilseeds and pulses can be adopted, the committee said, according to the Indian Express.

Further, Ghanwat said the 40 unions, which had organised agitations against the laws under the banner of the Samyukt Kisan Morcha (SKM), did not make any submission despite repeated requests.

“The Committee was informed that the organizations were not willing to present before the Committee and preferred bilateral discussions with the Government. The Committee respects their decision of not participating in its deliberations. However, their concerns, as ascertained from media reports and interactions with Government, have been kept in mind by the Committee, while formulating its recommendations,” the report reads, according to the Indian Express.

On November 19, Prime Minister Narendra Modi announced the withdrawal of the three farm laws, saying the government could not convince protesting farmers about the benefits of the agriculture sector reforms. The farmers accused the government of trying to corporatise agriculture through the laws and feared that they would ring the death knell for the MPS and mandi systems.

The repealing of the three farm legislations was one of the key demands of around 40 farmer unions protesting against these reforms at Delhi borders.

The protest started towards the end of November 2020 and ended after parliament repealed the three laws. The laws had come into force in June 2020 and had been stayed in January 2021 by the Supreme Court, while setting up the committee.

Note: This story was updated with additional information after it was published.