As Farm Laws Are Repealed, Is All Hope Lost for Agricultural Reform?

The Narendra Modi government will require a rethink and a more collaborative approach, even as the burden shifts to state governments to pick up the baton of reform. 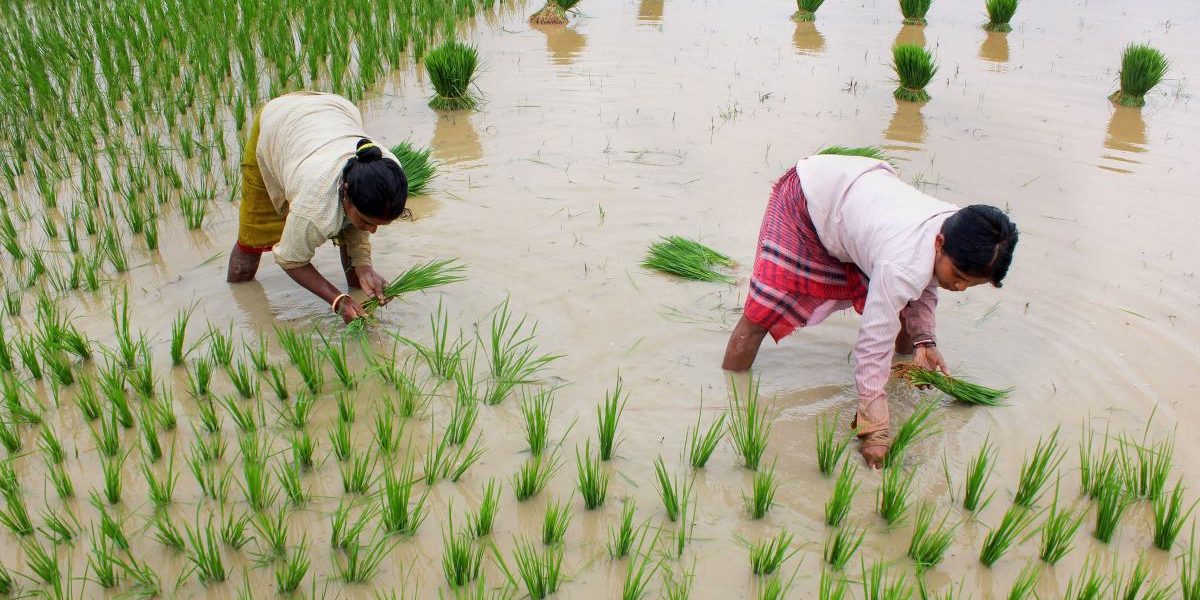 When the Union government repealed the three farm laws, which were hastily enacted in September 2020, several commentators opined that the Narendra Modi government had committed a blunder and that the decision is likely to have an adverse impact on the process of reforms in all sectors including agriculture.

We disagree and believe that reforms in agriculture will continue. It, of course, needs a rethink and a more collaborative approach.

There are multiple avenues of reform that lay ahead – the path to which is laid out by the three farm themselves, their motivations and challenges.

The idea was that by removing the axe of stocking limits on traders and stockists, the government of India wanted to encourage private trade and investments. Historically, stocking-limits have been synonymous with consumer-bias in the system, and by removing the ad-hoc stocking limit orders, the Indian government wanted to correct the bias to balance with farmer interests who tend to lose when traders are not allowed to stock. However, as the country grappled with deficits in onions, pulses, and oilseeds, in 2020 and 2021, provisions of the ECA were liberally invoked to check the building price pressures. The trade undoubtedly was adversely impacted. But the moot question is, if the country continues to have deficits in production of critical commodities, how can the needs of farmers for remunerative prices align with demands of consumers for affordable food. Unless the private sector is provided independence and certainty of policy environment, investments in processing and storage may not materialise as needed.

But, if production in a year falls short of demand, then with storable-crops, building price pressures would hurt consumers. It is a thin-line walk for GOI. Therefore, in a situation of cyclical deficits in production of critical commodities, ECA amendments will have to be more dynamic and innovative. The ECA is well within the jurisdiction of the Union government and suitable amendments which make it predictable can be introduced after building a consensus with the states.

The most contentious of the three farm laws was the Farmers’ Produce Trade and Commerce (Promotion and Facilitation) Act (FPTC), 2020. But its biggest contribution was the introduction of the concept of ‘trade area’, which was outside the physical boundaries of Agricultural Produce and Livestock Market Committees (APMCs). No licence was needed for the purchase of agricultural produce in the trade area and anyone could start the purchase of produce from farmers if he had a PAN card. The market fee and other charges within APMCs were not applicable to the trade area, presumably reducing the cost of transaction. 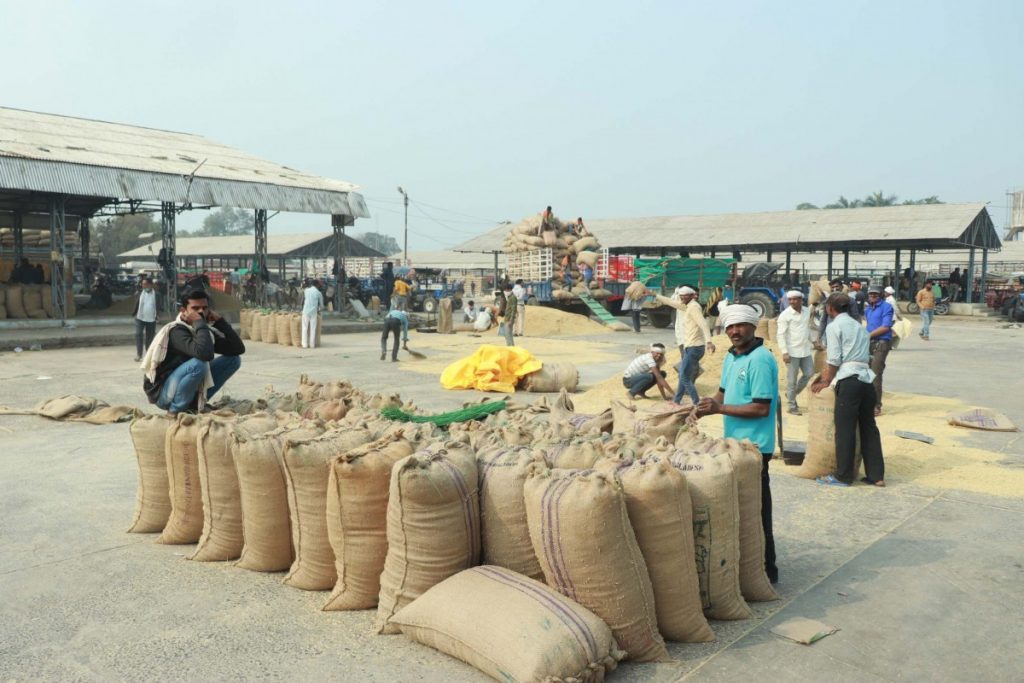 The farmers’ agitation was extremely fearful of the long-term implications of this law as tax differential was considered a precursor to the entire agricultural trade moving out of APMCs into these trade areas. On the procurement side, there were apprehensions that the procurement by government agencies would also move out to trade areas as the Comptroller and Auditor General (CAG) would object to procurement from APMCs in which market fee and other charges were payable.

Now that the law has been repealed, there are a few lessons and suggestions for the future.

First, the introduction of the trade area concept led many states to reduce market fees and other charges in APMCs. Many states have sadly reverted to status-quo-ante in recent months. The good news is that there is a scope for reducing transaction costs in the APMCs. State governments can begin work on this.

Secondly, we must solve the puzzle of horticulture production. Horticultural produce has been exempted from regulation of APMCs and its trading outside APMCs is not regulated in many states. Such transactions do not even attract any marketing fee. However, this has not resulted in any substantial trade in horticulture moving out of APMCs. It is only in Maharashtra that private mandis have been set up. However, they also cater to specific commodities like cotton.

Thirdly, there is the problem of smaller-holder farmers and their access to APMC. A majority of farmers do not bring their produce to APMCs. The reasons vary from small landholdings, distance to APMCs and no real expectation of realising a better price. So, they prefer selling their produce in local haats or to the village traders. The situation assessment of agricultural households (77th round of the National Sample Survey, 2018-19) also confirms this. There is a need to strengthen the marketing infrastructure in the country and take markets closer to farmers.

Fourthly, there is an urgent need to not only reform APMC’s access but also strengthen its infrastructure and appraise its management: In its true spirit, the Indian government wanted to create more selling options for the farmers. Strengthening APMC, while simultaneously encouraging private trade, will be a good move.

But how should this be done? The following steps can achieve this objective.

1) In APMCs, state governments should issue more trading licences so that there is more competition. Preference can be given to those who also own agricultural land. Nafed, state marketing federations and other state-level cooperatives and farmer producer organisations (FPOs) dealing with agricultural marketing should be given unified licenses valid in all the APMCs in a state. A reduction in market fee and more transparency in operations is needed in the APMCs. The Union government can persuade BJP-ruled states to have a uniform rate of market fees and other charges (not more than 2%). These states can also fix a uniform rate of commission for arhtiyas (middlemen) and societies.

2) Declare all warehouses and cold storages as market yards so that the farmers can bring their produce directly to the warehouses. E-National Agriculture Market (e-NAM) already provides a framework for trading across AMPCs and even state boundaries. In 2007, the Union government enacted the Warehousing (Development and Regulation) Act but it continues to be optional for warehouses to get registered with the Warehousing Development and Regulatory Authority. As a result, only 2200 warehouses are registered. They can issue electronic negotiable warehousing receipts which are negotiable and transferable. The RBI has recently directed that loans against e-NWRs up to Rs 75 lakh will be classified under Priority Sector Lending (PSL). But the banks treat registered and unregistered warehouses at par and there is no concession in the rate of interest on loans against e-NWRs. For promoting the formalisation of agricultural trade and attracting investment in warehousing, some concession in the rate of interest on bank loans for agricultural commodities stored in registered warehouses needs to be given.

The Union Government can easily persuade the states ruled by the BJP or its allies to implement these marketing reforms.

In addition, there are some important reforms outside the ambit of the three laws that the Union government should consider. A consensus on a central law for seamless trading of agricultural produce can be achieved. To facilitate seamless movement of agricultural produce between state boundaries, the Union government should enact a law. For this, consultations with state governments should begin without waiting for the recommendation of an expert committee.

The farmers’ agitation has attracted the country’s attention to the economic distress of farmers. Challenges of climate change are more perceptible now than ever and damage caused to natural resources like soil, and air require urgent attention of the government.

Agriculture is primarily a state subject and state governments should now rethink, redesign and implement reforms suited to their conditions.

It was the reluctance and delay in implementing the marketing reforms, discussed since 2003, that perceptibly persuaded the Union Government to legislate on marketing and contract farming. It is now up to the state governments to take forward the baton on reforms so that Indian agriculture can provide food and nutrition security to its vast population.

Siraj Hussain and Shweta Saini are visiting senior fellows at the Indian Council for International Economic Relations (ICRIER). Hussain has served as secretary, Ministry of Agriculture, government of India.