This move by 31 farmers' organisations puts the ball in the Centre's court after the latter had said it was suffering losses due to the blockade. 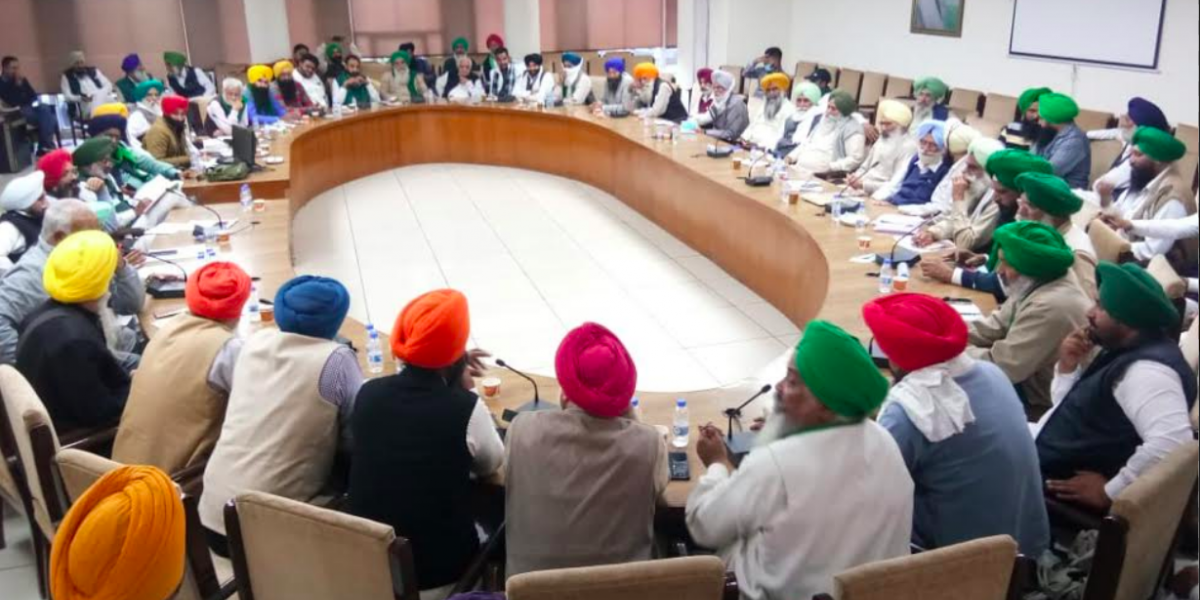 Mohali: Throwing the ball in Centre’s court, 31 farmers organisations, in a meeting held in Chandigarh on November 18, decided that once the Railways resume freight trains, farmers bodies will immediately let passenger trains ply too.

A press statement released by the protesting farmers notes – “It was decided that the Union government should first create an environment by operating freight vehicles, then the organisations would also take a positive decision on passenger vehicles immediately.”

The meeting in Chandigarh was held to form a consensus on the Centre’s demand made to farmers at the New Delhi meeting held on November 14.

The demand made by the Centre was that the farmers must allow the movement of both passenger and goods trains together. Earlier this month, the Railway ministry stated that the states cannot tell them which trains to run and which to not.

On being asked why farmers were not taking the first step to end this deadlock which is hurting Punjab’s economy, farm union leader Dr Darshan Pal Singh of the Krantikari Kisan Union told The Wire that it is the Centre which is responsible for the state in which Punjab’s economy has been put today.

“We urged the Centre to resume  freight trains in Punjab when we met the Union ministers in New Delhi but they did not listen to us. Now we are saying that as soon  as they let freight trains ply, we will let passenger trains move too,” he said.

He added, “Even farmers are facing losses, we don’t want this blockade to continue either.”

Jagmohan Singh, another farm union leader of the Bharatiya Kisan Union (Dakaunda) told The Wire that farmers are standing their ground in this struggle and that’s why they want the Centre to make the first move.

“Never in the history of protests or even during war has the Railways banned the movement of goods trains. Then why is the Centre punishing Punjab like this?” he said.

Singh added that the unions’ stand is that they will let passengers trains  pass “immediately, as soon as the Centre flags the first goods train.”

Mounting losses for both Punjab’s people and Railways

On November 16, the Railway Ministry told the media that it has suffered a loss of Rs 1,670 crore in freight earnings alone due to the farmers agitation resulting in the cancellation of 1,986 passenger services and 3,090 goods trains to the region.

As many as 520 rakes of coal could not be delivered to the five power plants in Punjab, leading to a loss of Rs 550 crore to the Railways, they said.

Around 600 containers with various kinds of goods meant for the region have also been cancelled which have led to a loss of around Rs 120 crore and the suspension of 70 more goods rakes caused loss of Rs 15 crore.

On the other hand, on November 9, Punjab Industries and Commerce Minister Sunder Sham Arora claimed that the state’s industries have suffered a financial loss of Rs 22,000 crore due to the suspension of good trains amid protests against the new farm bills, reported PTI.

He added that 13,500 containers, carrying goods, were stuck at Dhandari Kalyan dry port in Ludhiana.

The minister cautioned that if the situation continued, the industry would not be able to pay salaries to employees. The iron and steel industry has been forced to bear increased cost of transportation for bringing raw material from other states, he added.

“I do not know what the Centre has in its mind,” the minister said. “But they are discriminating against Punjab.”