At a press conference ahead of the December 3 talks, the farmers said that if a special session of the parliament needs to be called to repeal the laws, then it should be done. 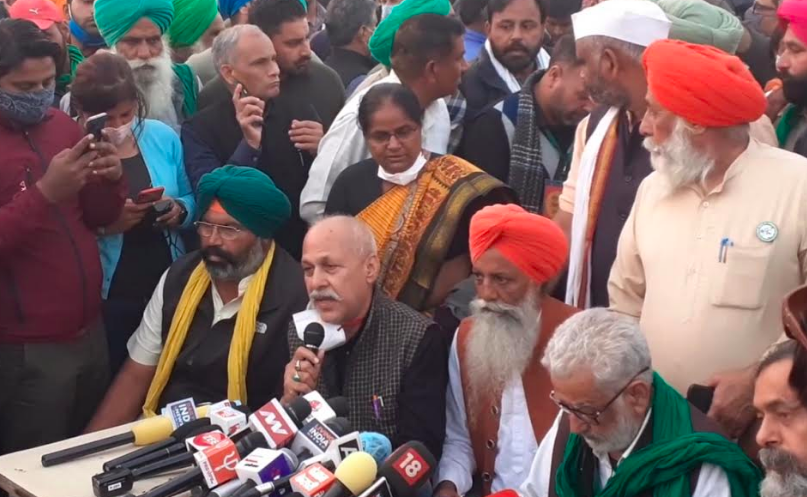 Mohali: A day after farmers’ union leaders met the Centre for talks over the three farm laws that have sparked off unprecedented protests, farmers, union leaders and agriculture experts slammed the Union government’s proposal to form a five-member committee to discuss the objections agitating farmers have on the legislation.

“We don’t want a committee. We don’t want to have a point-by-point discussion with the government. We want the three black laws to be repealed,” said Dr. Darshan Pal of the Krantikari Kisan Union of Punjab.

Farmers’ leaders said that while they do not want to have any negotiations, they have created a document with a detailed critique of the government’s laws and concluded by proof, in their document, that the laws must be repealed.

On December 1, the Centre had asked farmers’ unions for a detailed critique of the laws, and to articulate their objections in the upcoming meetings.

“The government wanted to confuse and engage us in clauses of this and that, so sensing their tactics we have created a point-by-point critique of the laws, where we argue that these laws must be repealed.”

Shiv Kumar Kakaji of the Rashtriya Kisan Mahasangh said that the demand of roll back of the laws remains and no negotiation will end the agitation.

“Prime Minister Narendra Modi must call for a special session of the parliament and repeal the laws, that’s it. This is our demand,” he said.

At the press conference, Dr Darshan Pal and Yogendra Yadav of the Akhil Bharatiya Kisan Sangharsh Coordination Committee (ABKSCC) also said that the Centre was trying to break the unity of the farmers’ organisations.

“First only Punjab’s agitating unions were invited [for the meeting on December 1], but setting the ground on our own terms, we told the Centre that union leaders from Haryana, Madhya Pradesh and West Bengal will also be part of the discussions, and it happened,” Dr. Pal said.

According to Pal, all meetings that will be held with the Centre going forward will have representatives from Saamyukta Kisan Morcha, which is an alliance of farmers’ leaders from across the country.

Activist Medha Patkar, present at the conference, said that farmers have been successful in dodging the government’s  tactics.

To show the diverse nature of the farmers’ protest and the strength it is receiving from across the country, leaders from Odisha, Maharashtra, Kerala, Uttar Pradesh and Rajasthan also addressed the media.

In the next few days, effigies of Prime Minister Modi along with the effigies of India’s richest – Mukesh Ambani and Gautam Adani – will be burnt across India, leaders from Odisha, Rajasthan, Uttar Pradesh, Madhya Pradesh, Kerala and Maharashtra said.

Dr Pal told the media that from Uttar Pradesh, Rakesh Tikait’s BKU is also a part of their alliance and has given its support to them.

Gurnam Chaduni of BKU’s Haryana unit, along with other leaders, also thanked the athletes of Punjab and Haryana who have given their support by returning prestigious civilian awards.

Earlier in the day, another press conference in defence of democracy and the farmers’ movement was held by agriculture and economic experts. At the meeting, veteran journalist with expertise in rural and farming affairs, P. Sainath, attacked Centre for suggesting once again the creation of a committee.

“I want to say that this government is taking the route of death by committee,” Sainath said.

M..G. Devasahayam, retired IAS from the Haryana cadre and an active member of democratic movements, said that the formation of committees is just  a “fraud” that the government is trying to play on the agitating farmers.

Praveen Jha, JNU professor of economics with expertise in labour and agriculture also echoed this. He said that if the government is interested in creating a committee to deliberate on farming matters of India then it should be done only after the three farm laws are first repealed.