Farmers' Groups Reject Centre's Offer to Suspend Laws for ‘Year and Half’, Firm on Repeal Demand

Farmers' unions have said that they stand firm on their demand of a full repeal of three central farm acts. 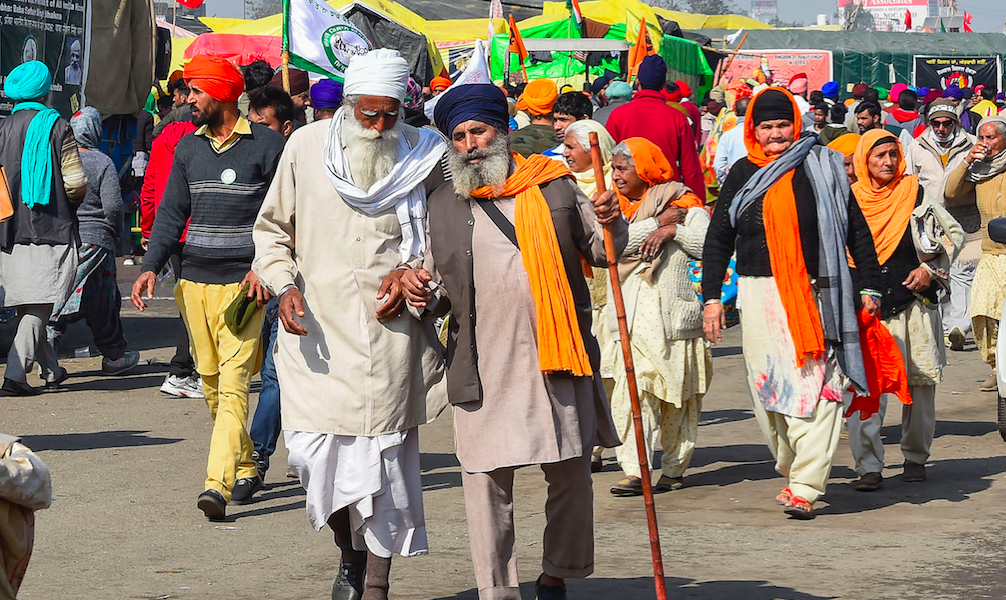 Protesting farmers on the Singhu border on January 21. Photo: PTI

New Delhi: A day after the government proposed the suspension of the three contentious farm laws for a temporary period of time to reportedly ease the tension between the government and the farmers’ groups, the latter, who have been protesting against the laws for nearly two months around New Delhi, have rejected the proposal.

Farmers’ unions have said that they stand firm on their demand of a full repeal of three central farm acts and demand a legislation for remunerative Minimum Support Price (MSP) for all farmers of the country. The farmers’ unions took this decision after a meeting of the joint farmers’ front at the Singhu border on Thursday, January 21.

A press note released by the Bharatiya Kisan Union (Ekta-Ugrahan), one of the largest protesting unions said: “The government’s resort to the Supreme Court to delay things under the absurd pretext of suspending the laws for a year and a half but all the farmers of the country, under the leadership of the farmer’s organisations, are determined to fight till the laws are repealed.”

Also read: How the Parliament Overstepped in Bringing the Three Farm Laws

An All India Kisan Sangharsh Coordination  Committee (AIKSCC) member said that a press conference detailing why the farmers’ unions have rejected this proposal will be held on Friday, January 22.

Tomorrow, the farmers unions will also be meeting the government for the 11th round of talks on the farm laws.

On January 20, during the 10th round of talks between protesting farmers’ union leaders and the Centre, the latter proposed to keep the three farm laws suspended for one year or so and form a committee comprising union leaders and government representatives to work a solution on the laws.

The laws have already been stayed till further orders by the Supreme Court, which has formed a controversial committee to resolve the deadlock. The panel, which had its first meeting on Tuesday, has been asked to give its report in two months.

In addition, the joint farmers’ front has announced that it will continue the Republic Day tractor rally as planned, along New Delhi’s Outer Ring road. Meetings with Delhi, Haryana and Uttar Pradesh police officials, all saw police officers asking farmers to conduct the rallies on an alternative route but farmers have stood firm on their original plan.