Agri Reform Bills: What Will the New System, Which Effectively Bypasses APMC Mandis, Look Like?

In the new set-up, it will not only be fragmented markets with different sets of rules but also fragmented regulatory structures that will create a more uneven playing field for farmers. 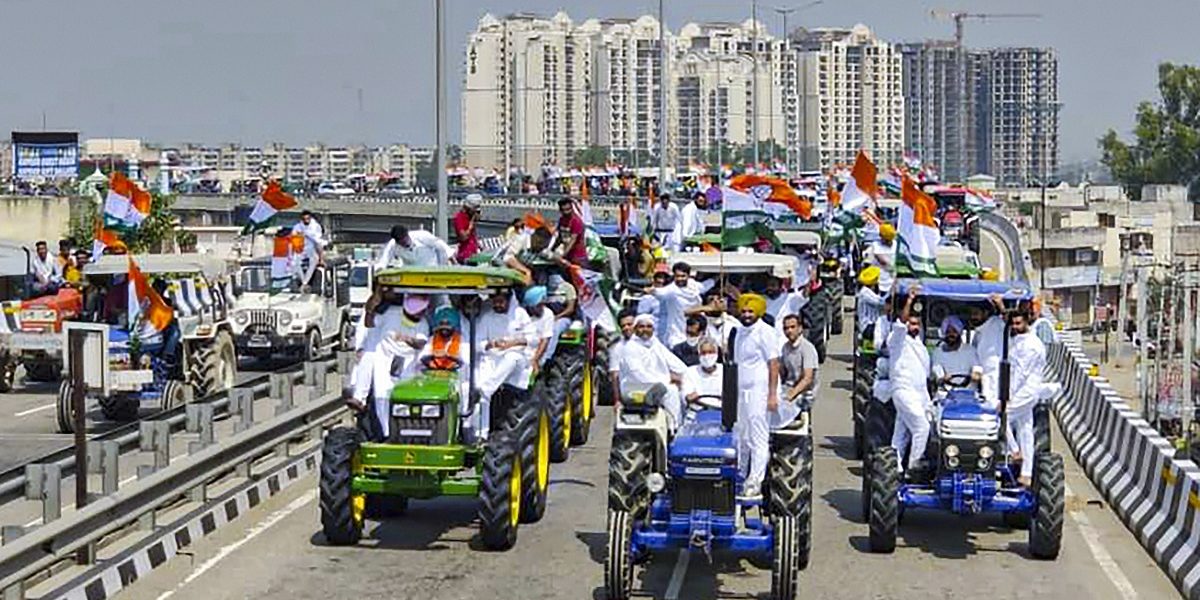 First things first. It is not as though everything is hunky-dory with India’s current mandi system for marketing of agricultural produce by farmers.

While the Centre’s unstated reason for bringing the farm Bills is that state governments are not adopting the suggested reforms, it should be noted that many changes have already been made post-2003 using the Indian government’s Model Act.

At the same time, states that opted for de-regulation have not seen their farmers’ fate change in any significant way – Bihar, for example.

The COVID-19 pandemic is the other reason being cited for bringing in these major changes. At least one state, Telangana, gave a vastly different response to the coronavirus crisis by taking up large scale farm gate procurement during the lockdown time. This was done at MSP and paid to the farmers on its major farm commodities.

This is of course the complete opposite of what the Centre is trying to do through its ordinances and Bills, two of which were passed by parliament on Sunday.

Before we dive into the new pieces of legislation, it is important to take a look at the current picture of ‘reforms’ done by states in line with the Model APMC Act 2003. The table below is sourced from an Indian government presentation to state agri ministers, and is dated July 8 2019. It shows that there is little justification for this hasty legislative push.

Let us begin with the Farmers’ Produce Trade and Commerce (Promotion and Facilitation) Bill, 2020. For communicating to key stakeholders, it is best to refer to this Bill as “the APMC Bypass Bill 2020” since that is the intent.

It is worth noting that the farmers’ freedom was never curtailed legally in the state-level APMCs Act. The reason why APMC statutes were brought in decades ago continues to remain in terms of exploitation of farmers in their market interfaces, and nothing much has changed on that front for small and marginal land holders of the country. The reality is that only 36% of farmers’ produce gets traded in regulated markets. There were however restrictions on traders and buyers operating outside the mandis. While the other trade needs to be decriminalised, that cannot be understood to be de-regulation.

APMCs provide space for farmers for collective bargaining on price and non-price issues (grading, weighing, moisture measurement etc.). For the government, price intelligence comes from the mandis, and the government intervention in markets depends on this, beyond procurement for food schemes. Implications of these Bills on APMCs beyond the reforms being sought should be clearly understood.

One of the key problems with the ‘APMC Bypass Bill’ is that it leads to two parallel and very different markets, with different sets of rules, wherein the APMC set-up is engineered to collapse. These are markets where the traders are required to be licensed, where they are monitored and where they pay a fee.

In the new set-up, the existing traders along with their commission agents are the most trade-ready. They will be the first ones who will move out of the mandi spaces and operate outside. This will obviously lead to a collapse of the mandis. Further, electronic trading like in e-NAM is riding on top of physical mandi structure in the country, not as a parallel system – if Mandis are destroyed without much trading, will e-NAM happen with farmer participation is an unanswered question.

Meanwhile, the new unregulated market space called the ‘trade area’ will have no oversight and the government will have no information or intelligence about who the players are, who is transacting with who for what quantities and at what prices. Having no intelligence will be a great excuse for the government not to intervene in the market. Today, the government is forced to step in when prices are seen to be crashing, especially from the mandi-based price intelligence system.

It should also be noted that exploitation of farmers is not just about prompt price payment but on other fronts too, starting from price discovery itself. However, the Bill looks at dispute or grievance only in this context, and even here assumes that farmers will be able to get the basic paperwork from buyers that they can use to get justice.

Importantly, the Bill seeks to regulate farmer producer organisations (FPOs), which are autonomous farmers’ institutions with their own internal decision-making with members. This is zealous over-regulation at a time when FPOs are in a nascent stage in this country. Regulating them is completely unnecessary.

All in all, this Bill does not give farmers what they need and they are asking for – remunerative prices to be guaranteed, oversight of players, transactions and prices, and empowering state governments to regulate and place all markets on a level playing field. 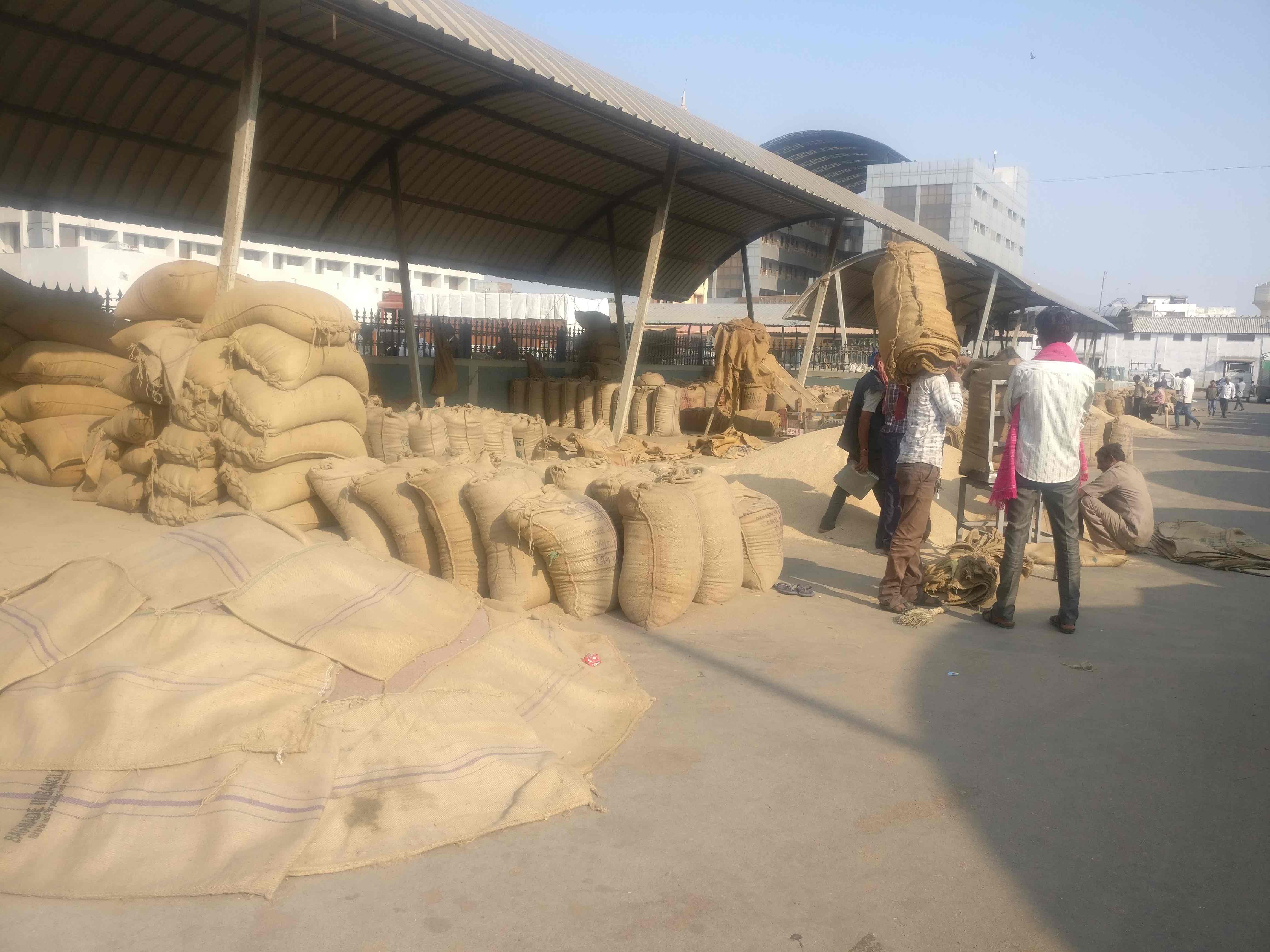 Also, it is the ECA Amendment along with APMC Bypass Bill that will ultimately work against both farmers and consumers – we should read the Bills together.

This brings us to the Essential Commodities Amendment Bill 2020, which we will refer to as Food Hoarding (Freedom for Corporates) Bill 2020, wants to legitimise what would otherwise be called as hoarding, without the government even having the capability of knowing what stocks are existing with who, when and where. This is being done in the name of attracting private investment in post-harvest infrastructure.

Here, it should indeed be possible to create a predictable investment atmosphere for private players without the government giving up its authority to regulate, that too for protecting the interests of poor consumers and farmers. For instance, the ECA 1955 has a concept of “locality” and mapping of different areas with regard to existing post-harvest infrastructure, which will allow for a nuanced approach to regulation, instead of a blanket de-regulation.

It is also clear that “extraordinary circumstances” which require regulatory powers to be with the government will certainly have to go beyond the four listed in the Bill (war, famine etc.) if food supply has to be kept smooth. And this obviously includes hoarding, which is unreasonable. Similarly, anti-competitive behaviour by particular buyers in the food chains cannot be addressed by other extant laws since regulation needs to kick in immediately for ensuring that an essential commodity like food is not affected.

Further, if a situation is indeed extraordinary that requires regulation to kick in, there is no reason why non-applicability has to be included as exemption clauses on stock limits for instance. On an export order that an MNC produces to get away from stock limit imposition, how will the government even verify if it is fake or real? The price rise triggers kept to bring in stock limit regulation are too wide for them to be relevant for poor consumers.

Also Read: Watch | Why Harsimrat Badal Quit and Why Farmers Are Opposing the Farm Bills

Invisibilising of stocks through this Bill is a dangerous situation to walk into, which will create serious food supply problems during extraordinary circumstances. How will the government be able to even verify on the stock limits front when it has no information on who the players are, and the levels of stocks are not clear. In fact, it is unclear why a predictable policy cannot be used to regulate in a predictable fashion, rather than tinkering with the existing law.

When it comes to the third Bill, Farmers (Empowerment & Protection) Agreement of Price Assurance and Farm Services Bill, 2020 which can be referred to for simplicity as “Contract Farming Bill 2020”, it has been mostly left as a voluntary arrangement between ‘sponsors’ and farmers. However, strangely enough, the bar of jurisdiction of the civil court has been put in firmly, in ‘shall’ legalese! Further, concepts/definitions around production agreements and farm services could very well turn out to be proxy approaches to corporate farming. It is also meaningless to peg the price in this Bill to the mandi prices when mandis are engineered to collapse through another Bill! 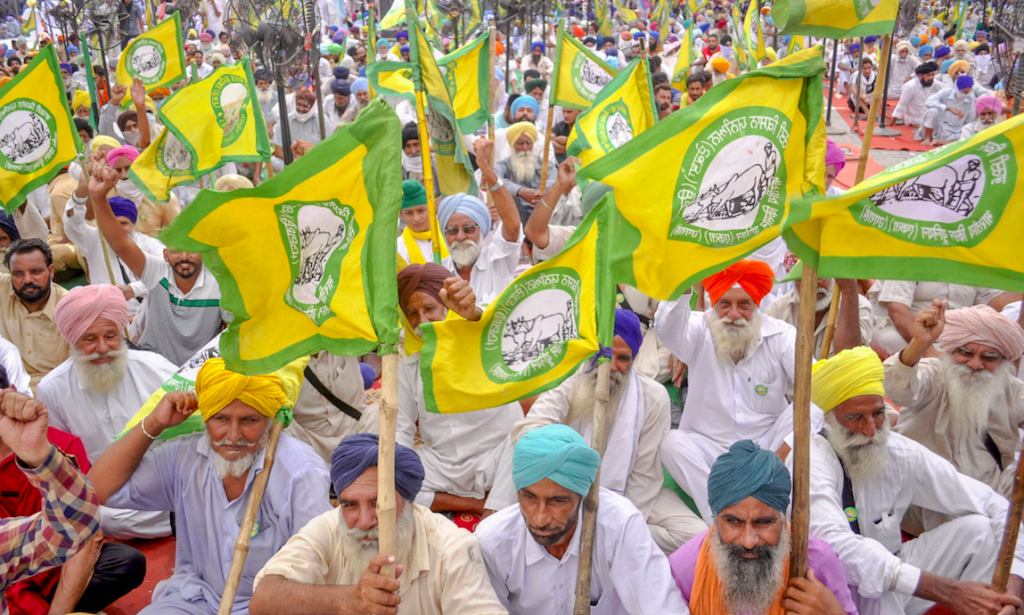 All in all, the new Bills bring in players bigger than the local traders and it is not just local monopsonies with cartelized trade but big monopolies that can be expected now, with the government willingly giving up its regulatory powers. In the new set-up, it will not only be fragmented markets with different sets of rules but also fragmented regulatory structures that will create a more uneven playing field for farmers. Ultimately, this is going to lead to the replication of old structures outside the mandi.

What farmers need and are asking for is legally guaranteed remunerative prices, that the government should commit within the same legislation to maximum procurement of various commodities tied with local food schemes, market intervention from the state, agri-credit reforms to benefit small and marginal holders and particular neglected regions, as well as reforms in crop insurance and disaster compensation. It is also important to empower FPOs as enabled players in the market and keep them out of the purview of overzealous regulation.

If the government is so confident that its Bills are that good, it should not shy away from a proper parliamentary scrutiny of all details related to these Bills. Political parties that are opposing these Bills should coordinate better keeping farmers’ interests in the forefront, and not their party politics.

Kavitha Kuruganti is with ASHA-Kisan Swaraj.