Middlemen or Service Providers: What Role Do Arhtiyas Play in Market Yards?

The Centre has said that the farm Bills will relieve cultivators from the 'clutches' of the commission agents. The Wire speaks to arhtiyas and farmers to understand their role in the APMC system. 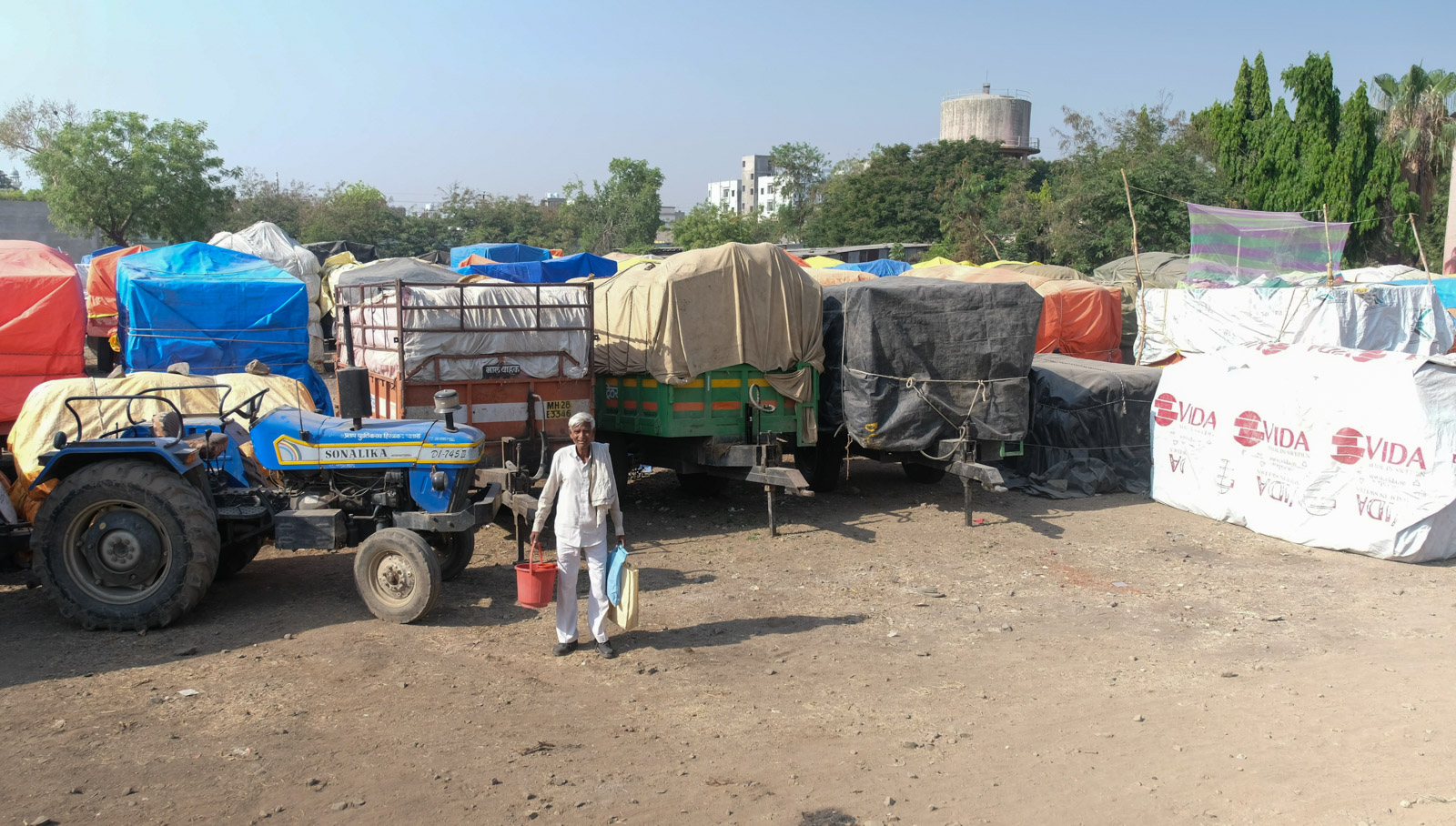 Patiala: To protest against the Centre’s farm Bills, which have now become laws, APMC market yards or the agriculture produce markets also halted all their operations across Punjab. Arhtiyas (commission agent) associations supported the farmers’ organisations in the nationwide strike on September 25 and continue to do so in the ongoing protests in Punjab and Haryana.

Arhtiyas, who have operations in Punjab and Haryana mainly, provide services to the farmers after they bring their produce to the APMC market yard. They fear that with the implementation of the laws and the setting up of parallel private market yards, the APMC market will lose relevance and their mandi labour, over 3 lakh of them, and arhtiyas will eventually lose all work.

The Wire visited an APMC market yard and spoke with the current and former president of the arhtiya association in Patiala to understand what services they provide, and how things will change for them after the news laws get implemented. 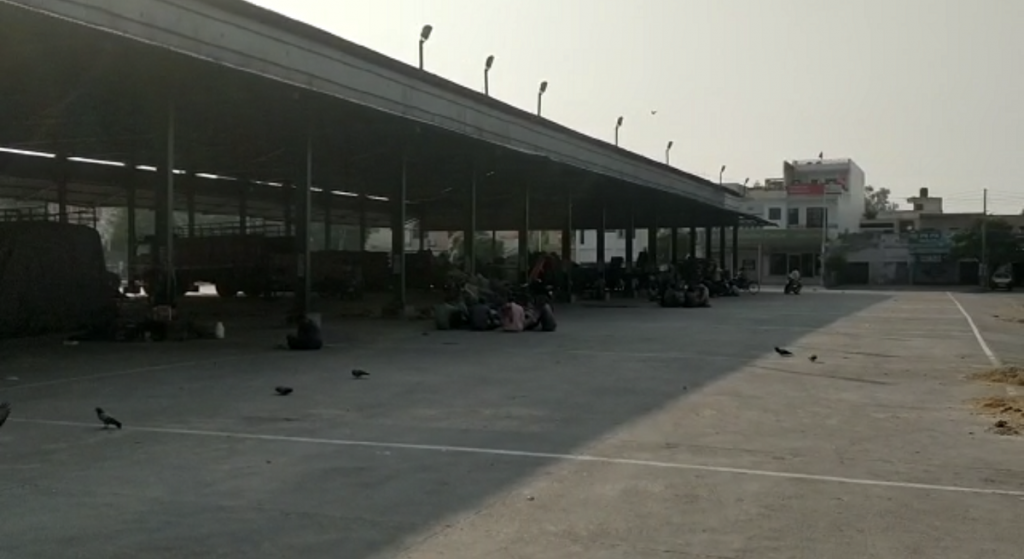 A deserted APMC market yard in Patiala. Photo: The Wire

What service do commission agents provide?

Mulkh Raj Gupta, the president of the Arhtiya Association in Patiala explained the role of the arhtiya.

“The farmer brings his produce to us. Our labour unloads the produce and cleans it. Following this, auctions happen. We help the farmer with the auctions in the mandi. Auctions happen for both private and government buyers separately. Then the farmers are free and we give them the receipt. Lifting each farmer’s produce from the APMC mandi [to the buyers’ destination] is also our responsibility,” he said.

With the planned parallel private market yard structure, arhtiyas and even farmers believe that the entire process – of the crop reaching the buyer from the farm gate – will slow down.

Gurnaam Singh, former president of the Arhtiya Association in Patiala, said that in the existing structure, there is an APMC market in Punjab every 8-10 km. In the new system, he said that he is skeptical of how corporations will provide services to farmers.

“Will they open a yard in every district or every 8-10 km like the APMC yards? We have heard that they’ve opened a private market yard in Moga. How will they manage large quantities of farm produce at one site?” he asked.

Mulk Raj Gupta added that arhtiyas provide farmers with the services and pay them within a month. But he believes that private market yards won’t be able to finish the entire process for all the farmers and all the crops in less than three months.

“In my view, the new system is going to make the entire process very slow. The work that gets done at the APMC market yard within a month, may get done in three months,” he said. 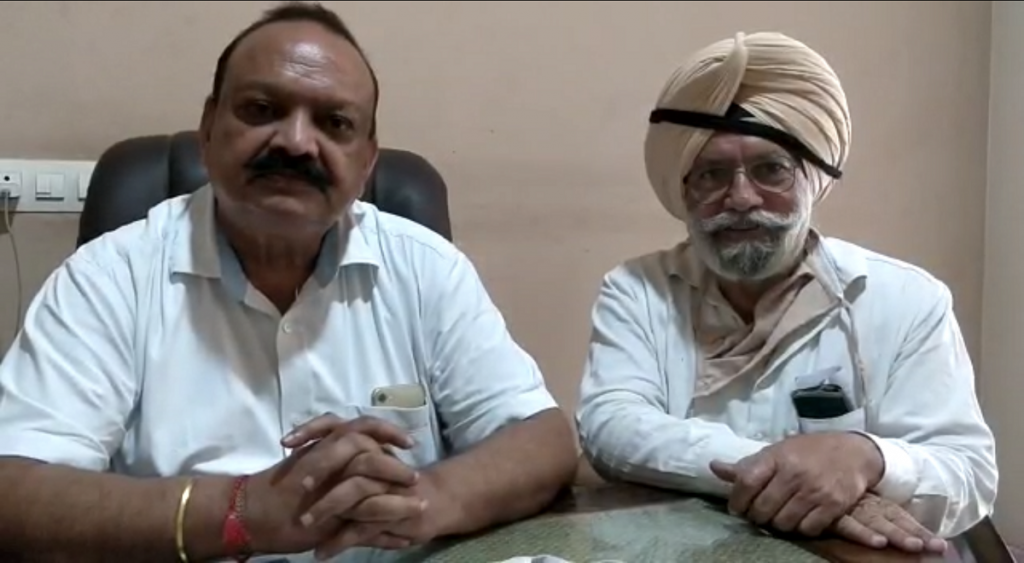 The protesting farmers feel that this delay will in effect have a domino effect and delay the sowing for the next crop. This is why farmers have been outrightly supporting arhtiyas in their opposition to the Bills. Satnam Singh is a medium farmer with a landholding of 8 acres. He was at the protest site in Punjab’s Rajpura on September 25 and explained how arhtiyas help them out not only with their services in the market yard but also lend them money when they’re in need.

“Our produce gets sold through the arhtiyas very easily. We have no problem. Sometimes we don’t have money. The arhtiya lends us money also. Let’s say there’s a wedding in the family and we need money, the arthiyas lend us some amount. If the corporate sector buys from us, we don’t know when we will get paid. What if we need money urgently? We don’t even get bank loans easily now,” he said.

Darshan Pal Singh, farm leader from the Kisan Mazdoor Sangharsh Committee (KMSC) explained why arhtiyas are looked at as ‘evil middlemen’ by most people. He said that historically and culturally, arhtiyas have had a bad reputation because they lend money to farmers at high interest rates.

“Arhtiyas are not middlemen. They take a commission (2.5%) for the work they do and the services they provide to the farmer. There’s hatred towards arhtiyas because they are money lenders also,” he explained.

Singh said that in the absence of institutional credit for many farmers, they depend on arhtiyas for money.

“Earlier, there was a usury loan only. Those who gave that loan were called arhtiyas. But the loan which usurers give, the terms and conditions on which they give it are very strict. Once farmers get caught in the cycle, it is difficult for them to come out of it. That’s why historically and culturally, arhtiyas have had a bad reputation,” he said.

Reportedly, non-institutional sources like arhtiyas finance almost 66.74% of loans in unbanked villages and 54.45% of loans in areas that have a bank in Punjab.

Darshan Pal Singh added that in the past, there was a high powered committee which was set up by the Central government. The committee had said that if we want farmers to come out of the clutch of usurers then institutional credit must be encouraged.

“Unfortunately, banks also don’t give loans to farmers easily now,” he said, “if the government or banks will not give credit to farmers then they are helpless to loan money from arhtiyas.

Darshan Pal Singh also said that there is need to make the arhtiyas’ lending process transparent because the clutches of non-institutional loan are also one of the main factors behind farmer suicides in Punjab. However, Singh added that the arhtiyas’ services within the mandi yard are crucial.