Despite Penetration of Institutional Credit, Farmers Continue to Rely on Moneylenders

NABARD's survey shows that lengthy procedure for sanction of loans by institutions, demand for collateral security and short term of crop loan were the reasons for farmers seeking loans from non-institutional sources. 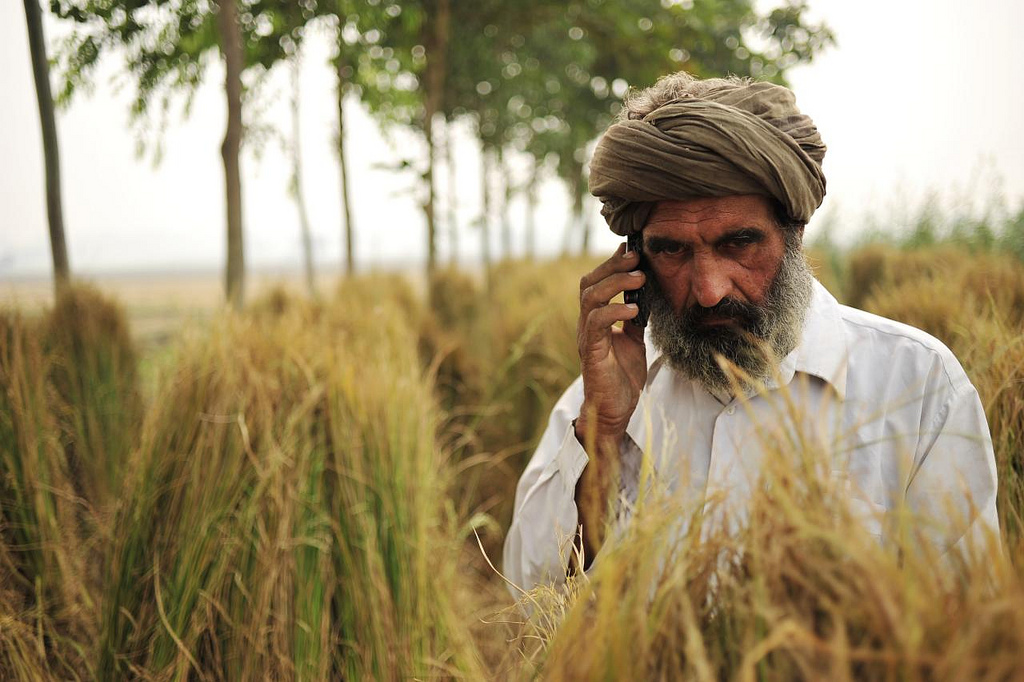 This is part two of a two-part series that critically analyses NABARD’s financial inclusion survey. Read part one here.

As an institution providing refinance to cooperative and regional rural banks for agricultural credit, NABARD’s interest in understanding the extent and width of coverage of farmers for obtaining crop loans is only natural. NABARD therefore devotes several chapters in its All India Rural Financial Inclusion Survey (NAFIS), to financial issues (household savings, investments, indebtedness, insurance and pension, microfinance and financial knowledge) of agricultural and non-agricultural households. Since indebtedness of farmers is considered a major factor leading to farmer suicides, a detailed examination of the survey findings would be in order.

The All India Debt and Investment Survey conducted by NSSO in its 70th round had found that as on June 30, 2012, 35% of cultivator households were indebted. NAFIS finds that in AY 2015-16, 47% of agri-households were in debt. Though the sample in two surveys is different we get a sense of increasing penetration of credit to farmers.

Launched by the A.B. Vajpayee government in 1998, the kisan credit card (KCC) scheme enables farmers to get credit limit to purchase crop seeds, fertilisers, diesel and other inputs at 4% interest (if loans are repaid in time). The farmer can draw money to the extent of limit sanctioned, as per requirement and as many times as she wants. For every crop cycle, the farmer does not have to go to a cooperative or bank for sanction of loan. NAFIS found that only 10.5% agricultural households held a valid KCC.

The Situation Assessment Survey of Agricultural Households during the NSSO’s 70th round (January – December, 2013) had found that out of 15.6 rural households in the country, nine crore were agricultural households. According to a reply given in Lok Sabha on March 9, 2018, there were 2.77 crore active KCCs as on March 31, 2017. Even though NAFIS left out agricultural households earning less than Rs 5,000 per month from agri and allied operations, the penetration of KCCs at 10.5% appears rather low. In states having poor coverage of KCC, a massive drive of inclusion is required to disseminate benefits of borrowing through KCCs rather than going to money lenders for loans.

The survey however, finds that agri-households which had a KCC, reported that against an average borrowing limit of Rs 1.39 lakh, amount drawn was Rs 91,000. It shows that the scheme has largely facilitated drawing of credit for agricultural operations by reducing procedural hassles of getting loan sanctioned for each crop cycle. However, lower drawings show that lack of confidence of earning enough profit to be able to repay the loan in time. 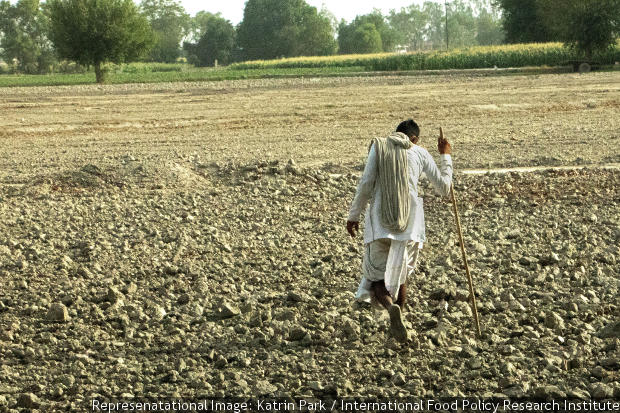 In another worrisome sign of dependence on money lenders, the NAFIS survey finds that out of average borrowing of Rs 1.07 lakh in AY 2015-16, agri-households borrowed about Rs 29,000 from non-institutional sources (27%). Lengthy procedure for sanction of loans by institutions, demand for collateral security and short term of (crop) loan were cited as reasons for seeking loans from non-institutional sources. NABARD has its task cut out for increasing the penetration to small and marginal farmers.

NAFIS also covers the penetration of crop insurance, finding that out of households which had taken any loan for agricultural operations, only 6.9% reported they had any crop insurance. It is thus a myth that banks deduct the insurance premium from all farmers who have taken loan on KCC. Premium is payable only on crops notified by the state government.

It is no surprise that only 1.7% of agri-households owning milch animals reported insurance for their livestock. The plight of uninsured agri-households who lost their animals and other agri-assets in the Kerala floods of August 2018 can only be imagined. In fact, while launching the Pradhan Mantri Fasal Bima Yojana (PMFBY), in April 2016, the government came up with a package insurance scheme under which in addition to crop insurance, the farmers had the option to buy insurance cover for fire, animals, pump set, tractor and personal accident. However insurance companies have not been successful in selling it due to high cost of marketing of diverse risks in a single insurance policy. The government has done well to keep premiums under PMFBY very low. Certain policy reforms in PMFBY and concerted effort by state governments (to conduct crop cutting experiments in a timely transparent manner) and insurance companies (to ensure timely settlement of claims) will surely result in increase in coverage of crop insurance and possibly other insurance products also. 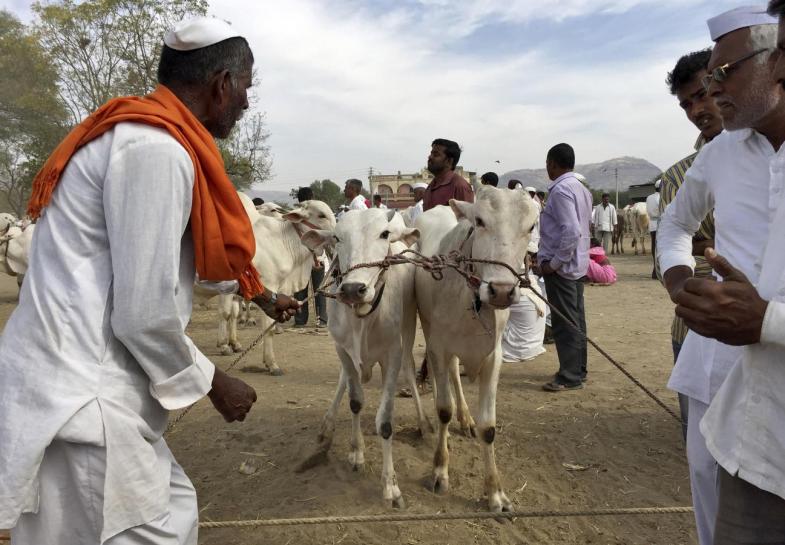 Few farmers have insurance for their livestock. Credit: Reuters/Rajendra Jadhav

NABARD did well to seek information about reach of microfinance institutions (MFI) in meeting credit needs of households. At the national level, 23% of households had at least one member associated with an MFI, but the data is skewed. The all India average in high only because a few states like AP (61%), Telangana (65%), Odisha (44%) and Karnataka (40%) reported higher reach. UP, Rajasthan, Punjab and Haryana have less than 10% coverage of MFI. Odisha and Jharkhand (27%) have demonstrated that deep engagement with reputed NGOs (like Pradan) can help in increasing the reach of MFIs to even the most backward districts. The survey found that MFIs meet needs for personal loans for which institutional finance is not easily accessible.

Expansion of financial inclusion through Pradhan Mantri Jan Dhan Yojana has been one of the major achievements of Modi governments. About 32.17 crore accounts have been opened as on July 25, 2018. Out of these, 18.97 crore are in rural and semi-urban areas. But, in states like UP, where household earning is as low as Rs 6,668 per month, it is worthwhile to consider how many would deposit their cash income and then withdraw the same.

It is rather heartening that about 73% of survey respondents said they can use an ATM without anyone’s help and 52% can use internet banking. If it correctly reflects ground reality, it should be possible to switch to direct benefit of transfer (DBT) of food subsidy in states having high literacy, good road network and deep penetration of banks and telecom infrastructure. Rather than forcing beneficiaries to authenticate their identity through Aadhaar every month in states not having surplus food grains and poor internet infrastructure (like Jharkhand), the government should be switching to DBT in food surplus and developed states like Punjab, Haryana, AP and Karnataka.

NAFIS 2016-17 is a commendable attempt to collect and analyse data of rural and semi-urban India. There are several surprises in the survey and a more detailed analysis of data will require state level tables for every chapter covered in the report. In a vast country with acute disparities in literacy, income, availability of ground water, cropping pattern and marketing network, it is only natural that a uniform national strategy for agriculture sector will not work.

In March 2015, the government had set up a task force on agricultural development under Arvind Panagariya, then vice-chairman of Niti Aayog. Based on the work of the task force, a solitary paper titled ‘Raising Agricultural Productivity and Making Farming Remunerative for Farmers’ was published by Ramesh Chand in December 2015. The Niti Aayog had also asked states to set up state-level task forces to prepare reports suited to the specific state. Some states did prepare their reports, but the exercise was not pursued and a good opportunity to document the specific action points for each state was lost. This survey itself indicates that there are success stories in several states which need to be replicated in other states.

Like previous NSSO surveys, this meticulous effort will also have a short shelf life. It would therefore be appropriate for NABARD to quickly organise a conclave to reflect on the findings and tweak policies to make farming viable.