Despite farmers citing demonetisation as one of the chief causes for their distress and protests, the government is still projecting it as an excellent move.

The atmosphere is Hoshangabad zila's Chaplasar village is subdued after the suicide of farmer Narmada Prasad Yadav. Credit: The Wire 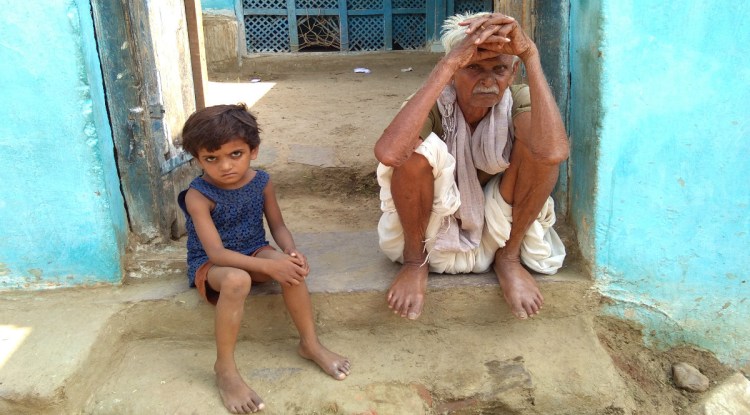 The atmosphere in Hoshangabad zila’s Chaplasar village is subdued after the suicide of farmer Narmada Prasad Yadav. Credit: The Wire

Mandsaur, Madhya Pradesh: Amid the recent farmers’ agitation in Madhya Pradesh, chief minister Shivraj Singh Chouhan sat on an indefinite fast for the “restoration of peace”. The fast lasted a day. Meanwhile, aggrieved families of the five farmers who were shot dead by the police during the protests pointed fingers at the state government for the deaths. Through all of this, the condition of farmers in the state remained unchanged. None of the issues that led to the protest have been resolved, including poor remunerative prices for crops, a chaotic system of purchase and a wrecked rural economy in the wake of demonetisation.

Talking to villagers, there is a near consensus on one thing – demonetisation has badly hurt the farming community. While grieving the deaths of the farmers, their relatives refer to demonetisation as one of the issues behind farmer distress.

Most farmers in Madhya Pradesh are deep in debt, and their problems are only mounting. The sudden change in economic policy brought upon by the Centre during the last few months has made life difficult for them.

“Ever since demonetisation was announced, farmers are in distress,” says Ujjain district panchayat vice president Bharat Porwal. “No one is ready to lend them even Rs 1000. Earlier in the village, money used to be with the trader or lender. If someone needed a loan, they would go to the lender and borrow it. Today, even the lender does not have money. What would he lend? Those who had even as much as Rs 50,000 or Rs 1 lakh were declared thieves. Those who have Rs 2 lakh or more are now liable for income tax. Demonetisation has destroyed the rural market and rural economy. Neither banks nor ATMs have cash. They are only fooling us,” he told The Wire.

Protesting farmers in Maharashtra and Madhya Pradesh threw away grains and spilt milk on the road during the ten-day agitation. In Mandsaur, the police fired shots into the crowd, resulting in the death of five farmers. Within two weeks of the incident, 15 farmers reportedly committed suicide.

Despite farmers citing demonetisation as one of the chief causes for their distress and protests, the government is still projecting it as an excellent move.

In Mandsaur’s Lodh village, farmer Mangilal’s eldest son Satyanarayan was one of the victims of police firing. At his house, a village local Dhanraj tells us, “Farmers had organised the protest because they are not getting the right price for their produce. Also, payments are being made by cheques and not in cash. If someone does not have an account, how will he cash it? The process takes weeks. Earlier, the payments were made in cash. Ever since the new currency has been introduced, farmers are hit the hardest. We wait months to get our money.”

Speaking of the problems demonetisation has caused, Dhanraj says, “One of the maize farmers here had to wait eight months for payment after he sold the crop. He had to make several visits to the trader. Those who have an account in city banks have some respite. But in rural banks it takes a lot of time for money to arrive.”

According to another villager, Ramchandra, “Farmers already had a number of problems, but after demonetisation they increased manifold. Prices were already low – and even those were not paid. The small accounts maintained by farmers are always running short of funds. We don’t know the reason behind it, but cash is hardly there.”

“For instance, if a small farmer goes to sell one or two sacks of grain or soyabean, he will be paid by cheque,” adds Dhanraj. “But he needs the cash that day itself. What will he do? He survives by selling his produce but he can no longer do it. He needs money and instead he is handed a cheque. How will he manage?”

Does this mean that demonetisation has broken the rural economy? “Absolutely,” says Ramchandra. “To go to the market to sell one sack of grain takes up a farmer’s entire day. The next day he has to queue up in front of the bank to deposit the cheque. A week or more later he has to line up again to withdraw the money. The cheque is for Rs 1,000 but what he is spending on all those rounds made to the market and the bank costs as much. In the whole process, did he earn anything? It ruins him. It shouldn’t be so.”

“A small farmer or labourer cannot afford to spend that much time and money on making rounds to banks,” he adds.

“Four trips to the city and back cost Rs 500,” says Dhanraj. “If the produce is sold for Rs 1,000, half of it is spent on conveyance. Plus the loss of work for that day. So the money he finally gets will be useless.”

In Mandsaur’s Badwan village, Ghanshyam was among those who were injured in the police lathicharge. His relatives claim that the police thrashed him so brutally that his hands and legs were fractured. He later succumbed to his injuries.

A village local, Karu Lal, tells The Wire, “Demonetisation has brought this upon farmers. It has taken a toll on many. When the poor farmer goes to sell his produce, his money is deposited in the bank with the government and he does not get it for months. Farmers are helpless. This agitation is taking place out of desperation. For months, cheques are not getting cleared. Farmers are tired of making trips to banks.”

“Whether it is Rs 500 or Rs 5,000, all payments are first deposited with the government and then handed to us,” adds another villager. “We do the labour and the money is deposited with them. What kind of governance is this? It is all because of demonetisation. It has shaken the entire country – and the farmers too.”

“Demonetisation has affected the poor and farmers the most, but the government is not ready to accept this,” says Karu Lal. “Farmers are still reeling under its effects. Now the traders in the market are even deducting money, which was not the case earlier. If we sold Rs 1 lakh worth of produce, the payment was instant and in cash. Now, even for Rs 2,000 they are handing cheques. We have to spend from our own pockets to get that money. The people at banks also give us a hard time. While the traders and bankers conspire, farmers are at the receiving end.”

After the chief minister ended his fast, he announced that traders will make half the payment to farmers in cash and the rest by cheque. He added that any trader going against this order will be sent to jail. This led to a strike from traders, who claimed that if they handed out cash payments they will be targeted by the income tax department. Following this, the chief minister withdrew his orders and announced that only Rs 10,000 will be paid in cash.

The rural economy is an old and established system that is open to credit, barter and cash. By imposing the banking system upon farmers with limited capital, the government has unleashed a mammoth problem. The government treats farmers like capitalists, even if that means putting their lives at stake.

So far, 35 farmers have committed suicide across the country since June 1. The question then remains is, will the government do anything at all for farmer so that they no longer have to kill them because of debts and poverty?

You can read this article in Hindi here.