The Bt cotton variety was banned by the Maharashtra state government in 2015 and Bt brinjal’s cultivation has been prohibited since 2010.

New Delhi: Around 1,500 farmers gathered in Maharashtra’s Akola district on Monday in a show of civil disobedience to sow the banned Herbicide-tolerant Bt cotton in the presence of a large police contingent. A farmer, Lalit Patil Bahale, sowed the seeds on his two-acre field in Akot.

“Farmers have been surreptitiously planting HTBt cotton for the past few years. By this act of Satyagraha, we are now proudly coming forward to motivate more and more farmers to reject unreasonable restrictions on agriculture. We have to purify “chor Bt”, which is the common parlance for HTBt, and transform it to ‘Hak ka Bt’,” said Bahale.

The sowing was followed by a sit-in protest where the speakers urged the government to withdraw the ban on Bt cotton and Bt Brinjal. The protest was organised by the farmers’ body Shetkari Sangathana. 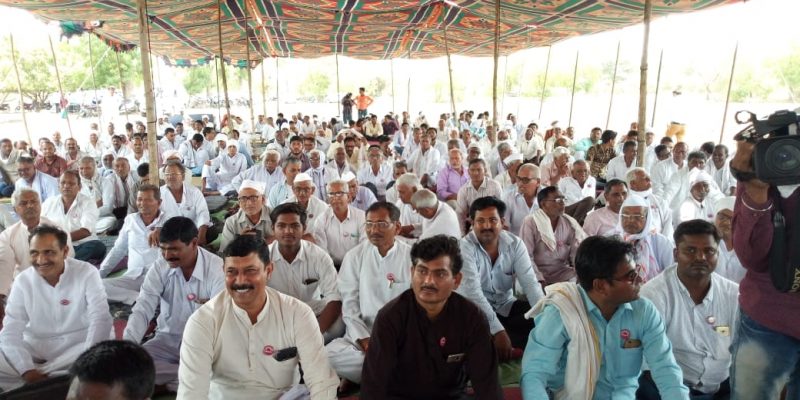 The organisation had also intended to sow Bt Brinjal as a mark of protest, but was unable to acquire the banned seeds.

In May, officials of the Haryana government had acted against the illegal cultivation of genetically modified brinjal in the state. The crop was uprooted and buried in trenches.

The Bt cotton variety has been banned by the Maharashtra state government since 2015. Bt Brinjal’s cultivation has been prohibited since 2010 when environment minister Jairam Ramesh imposed a moratorium.

The Shetkari Sangathan has argued that the use of genetically modified crops should be permitted as these are more beneficial to farmers.

“A dozen GM crops like maize, soya, cotton have been planted across the world, and millions of people and livestock have been eating these for the past two decades. There is no evidence of any adverse health impact on either humans or animals. Contrary to claims that GM is polluting the environment, it’s, in reality, reducing the use of pesticides that harm many beneficial insects. GM is actually enhancing biodiversity, and by lowering crop losses it is reducing the need of bringing more land under agriculture,” said Anil Ghanwat, state president of Shetkari Sanghatana. 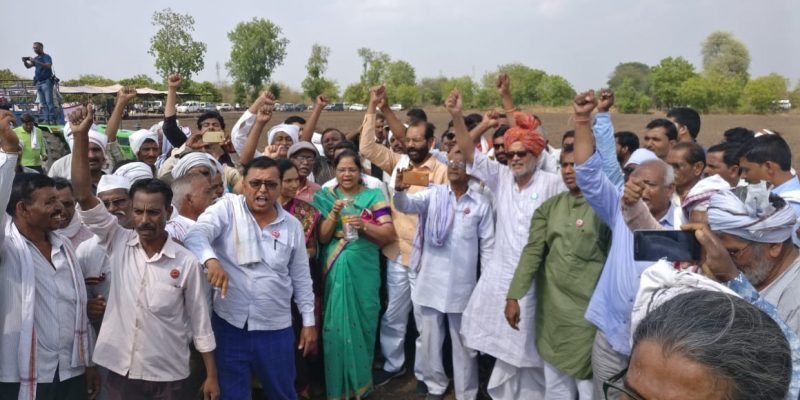 Farmers who have experimented with the HTBt variety of cotton spoke in its favour. Gajanan Deshmukh, a farmer from Parbhani in Maharashtra, had planted HTBt cotton and saw his output increase.

“Last year, I planted three acres of HTBt and two acres of the old Bt. To test HTBt, I didn’t use any pesticides but did spray herbicide twice. While I got an average seven quintal output from BT, the produce from HTBT was 12 quintals,” he said.

Ajit Narde, a sugarcane farmer and the head of the science and technology cell of the Shetkari Sanghatana said, contended that the use of GM crops can be of economic benefit to the country. “GM is important not just for farmers but for the economic prosperity of India. With GM in oil seeds, we can greatly reduce our import, enhance diversification of crops, and significantly increase farmers’ income,” he said.

The use of GM seeds has been controversial with the anti-GM lobby arguing that its use can lead to loss of biodiversity, be harmful to humans who consume them and are a method by large corporations to monopolise the sale of seeds.

But several studies have shown that these fears are exaggerated. An analysis of 900 studies by the National Academies of Sciences found that GM crops were safe to use. The analysis concluded, “The committee concluded that no differences have been found that implicate a higher risk to human health safety from foods than from their non-GE counterparts.”

It found no conclusive evidence to support the claim that genetically modified crops result in environmental hazards. The net effect on agriculture, according to the analysis, was positive with increased yields and reduced pest attacks.