In the absence of effective and timely intervention, the production of maize, paddy, sorghum, mustard, potato, cotton and coconut are also likely to be affected. 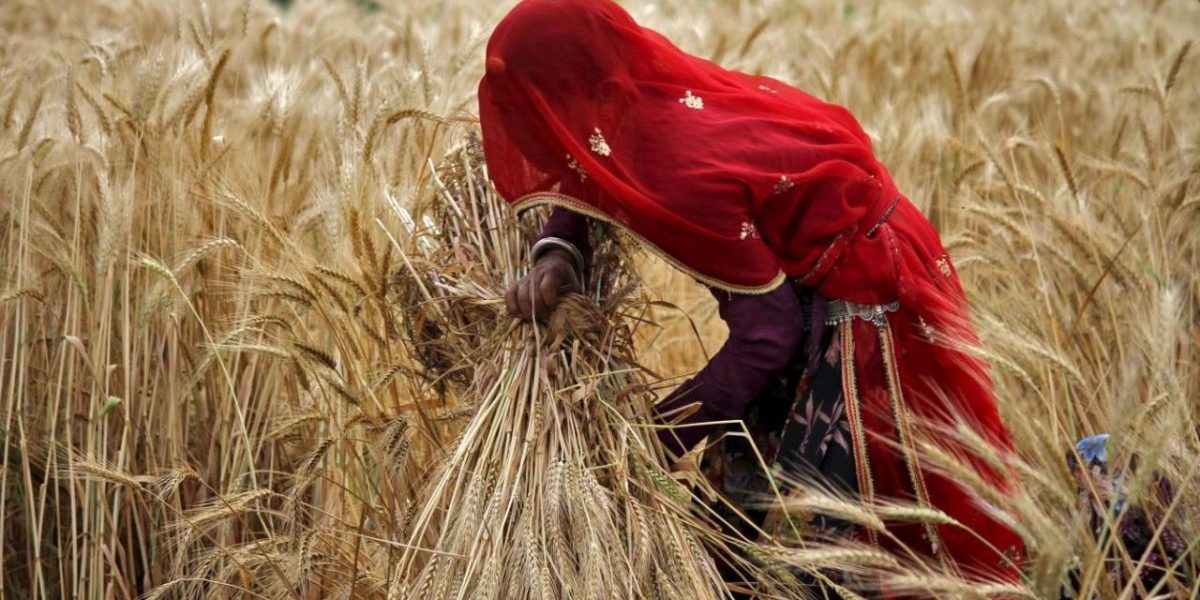 New Delhi: The effects of climate change and increasing pollution cause direct harm not just to the public, but also to the health of agricultural crops.

The ministry of agriculture has said in its written response to a parliamentary committee that crops such as paddy, wheat, maize, sorghum, mustard, potato, cotton and coconut are likely to be adversely affected by climate change.

The ministry told the parliamentary committee headed by veteran BJP leader Murli Manohar Joshi that wheat production will decrease by 6-23% by 2050 if effective steps are not taken in a timely manner. Wheat production could decrease by 6,000 kilos for every 1°C increase in temperature.

While preparing the report, the committee had requested data of the various agricultural programmes in effect as well as information on how many were active and to what degree. The committee said that the entire planet is affected by climate change, because of which agriculture has been quite adversely affected.

Climate change can adversely affect the quality of fodder. With the increase of carbon dioxide, there is a corresponding decrease in the amount of protein, zinc, iron and other minerals in grains. 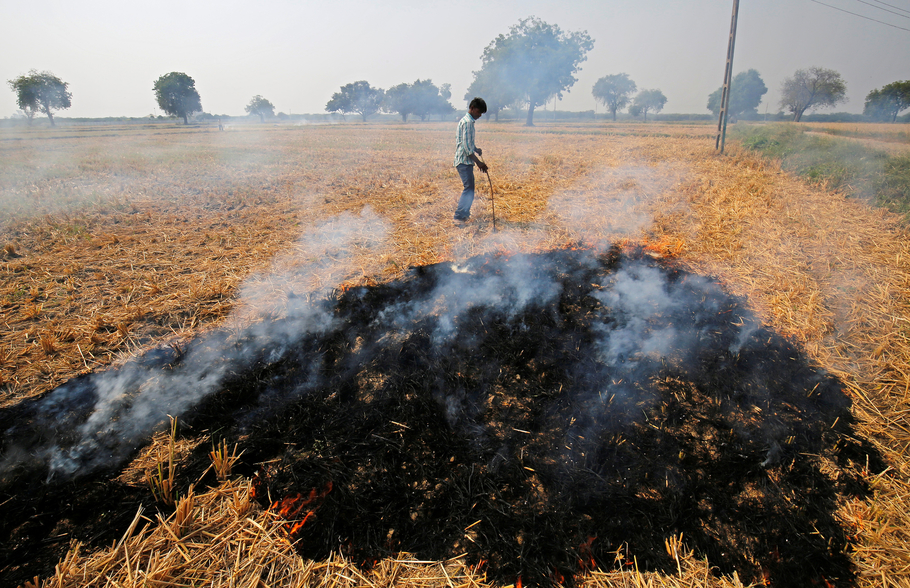 A farmer burns paddy waste stubble in a field on the outskirts of Ahmedabad, India November 10, 2017. Credit: Reuters

In the regions on the western coast, i.e. in Kerala, Tamil Nadu, Karnataka and Andhra Pradesh, the production of coconut is likely to increase. Climate change has, however, negatively affected the production of apples.

The production of milk is also likely to suffer in the future.

The ministry of agriculture said that milk production could decrease by 1.6 metric tons by 2020 and by 15 metric tons by 2050. Uttar Pradesh will bear the brunt of this loss, and Tamil Nadu, Rajasthan and West Bengal will also be affected.

An increase in temperature will also likely disrupt the production of eggs and meat. It is predicted that climate change will cause an increase in soil erosion, which will also affect the availability and quality of water.

“Indian farmers are adapting to tackle the risks posed by climate change. Strategies such as better crop varieties, crop diversification, crop, water and livestock management, value addition etc. have contributed to the creation of an agriculture that is more prepared for climate change … small and marginal farmers (who own less than 4 acres of land) cannot sustain their livelihoods just on agriculture. However, through adaptive strategies, a self-reliant agriculture can be created.”

Effects of agriculture on the climate

Whereas on the one hand climate change negatively affects agricultural production, on the other, various products and techniques used for agriculture directly cause climate change.

The ministry has said that indiscriminate use of fertilisers, pesticides and insecticides has greatly increased the quantity of greenhouse gases in the environment and air pollution is exacerbated by stubble-burning. From 1970 to 2014, greenhouse gas emissions increased by 80%; 33 lakh tonnes of methane is released by paddy fields and 0.5-2 kg nitrous oxide is released per hectare (of paddy fields).

It is estimated that 75-80% of the total nitrous oxide gas that is emitted comes from chemical fertilisers.

According to one estimate, 500-550 tonnes of crop stubble is created per year in India. According to another estimate, the amount is 600-620 tonnes. Around 15.9% of that is burnt every year, which severely exacerbates pollution, according to the ministry.

Forty percent of the stubble that is burnt is of paddy, 22% is wheat stubble and 20% is sugarcane stubble. The ministry also said that the indiscriminate usage of pesticides and insecticides is causing air, soil and water pollution.

Although the usage of pesticide in India – 0.6 kg per hectare – is the lowest in the world, most pesticides are used without taking any measures of precaution, which is why they adversely affect humans, animals, soil, water and air.

The committee said, “ [We] believe that organic farming ought to be encouraged because chemical fertiliser-based farming contributes to 50% of the total greenhouse gas emissions.”

Organic farming is a highly effective measure to curb greenhouse emissions. In addition, because organic farming endows the soil with organic substances, it causes an increase in the soil’s water-retention capacity.

The committee said, “Subsidies given for the purchase of chemical fertilisers should be slowly eliminated, as they effectively amount to encouraging the downfall of our health and environment.”

In its response to the parliamentary committee, the ministry of agriculture said that farmers should be given subsidies on organic materials like bio-fertilisers, organic compost, biological pesticides, etc. (instead of subsidies on chemical fertilisers, which they receive now) in order to encourage them to pursue organic farming.

The committee added, “The Department of Fertilisers is providing Rs 1,500 per metric tonne in market development assistance to encourage usage of city manure – this amount needs to increase.”

The committee once again emphasised the need for uniformity in the definitions of “organic farming” and “organic agriculture product” – in order to make the process of increasing domestic output and international trade free of legal complications. The committee has urged the government to take immediate action in that regard.

This article was originally published in The Wire Hindi and has been translated by Karan Dhingra.