While ZBNF is a lofty and appreciable thought, Indian agriculture needs a focused approach towards bringing in private and public investment.

Finance minister Nirmala Sitharaman, in her Budget speech, announced that her government will promote Zero Budget Natural Farming (ZBNF) to reduce farmers’ cost of production and double their income.

However, this nudge seems to be a divorce from the “virtuous cycle” model which views investment as a key driver of growth, and which was called for by chief economic advisor K.V. Subramanian.

The push towards ZBNF comes at a time when farmers in Maharashtra and Karnataka are returning to chemical farming as the alternative has clearly failed to improve their income.

What the Economic Survey 2019 and its “blue sky thinking” process tells us is that public and private investments are required for unleashing the animal spirit of the agriculture market ecosystem. Such a process would also require innovative problem solving.

Also read: How Seriously Should We Take Sitharaman’s Idea of Zero Budget Farming?

ZBNF is a unique model that relies on agroecology. It espouses that products made from natural ingredients be used as inputs on farmland. The aim is to bring down the cost of production to nearly zero and return to a “pre-green revolution” style of farming. This would ostensibly pull farmers out of debt by putting a stop to unsustainable agricultural practices.

The governments of six states in India — Andhra Pradesh, Chhattisgarh, Himachal Pradesh, Uttarakhand, Kerala and Karnataka — have asked Subhash Palekar, Padma Shri awardee and ZBNF champion, to train their farmers in these methods.

ZBNF chiefly relies on the use of products such as Jivamrita, Bijamrita and Acchadana (natural mulch) which help promote microbial activity, seed health and protection of soil respectively. 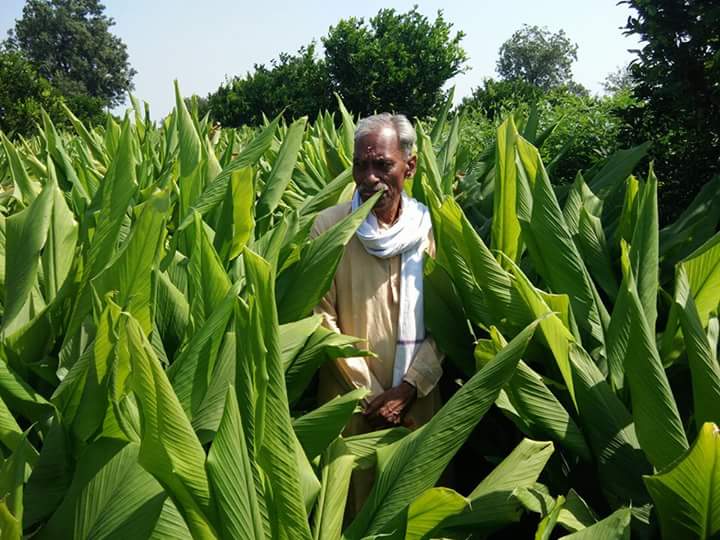 While ZBNF seems to hit the right chords when it comes to environmental sustainability, its commercial scalability is not yet proven.

There has not been an independent evaluation of the income growth it can result in or its impact on productivity. Moreover, most case studies are self-reported.

The question arises as to whether ZBNF should be nudged into an income stressed farmer’s choice architecture. Is it a viable answer to support the structural changes that Indian economy is poised to experience?

India is also the largest producer of jute and in 2012, had the world’s second-largest cattle population, at 190 million.

Indian agriculture is self-sufficient when it comes to production. However, challenges are posed by yield, efficiency, technology, information, markets, investments, and research and development.

Rainfed farming continues to contribute a significant share (60%) to the agriculture GDP of India.

Meanwhile, the average area served by a single regulated market is 496 square km. However, according to norms set by the National Commission on Farmers, a regulated market should be available to farmers within a radius of five km. To meet these norms, India needs 41,000 markets. At present, there are 6,630 Agricultural Produce Market Committees or ‘APMC markets’ in 23 states.

A 2003 survey by the Organisation showed that 60% of farmers had not accessed any source of information on modern technology which could assist them with farming practices, in the past year.

With the demand and consumption pattern constantly changing when it comes to high-value commodities, better technology and investment are required on farmland.

One must remember that with erratic performances in agriculture exports, Indian agriculture products also face tough scrutiny when it comes to the standards set by global markets and are often seen to be falling short of meeting the criteria. Small, fragmented landholdings do not support the economies of scale required for remunerative exports.

While ZBNF is an appreciable thought, we need a focused approach towards bringing in private and public investment and solving market-led challenges for creating a rural virtuous cycle for growth. The Modi 2.0 Budget has left the agricultural sector’s rural aspirations wanting.